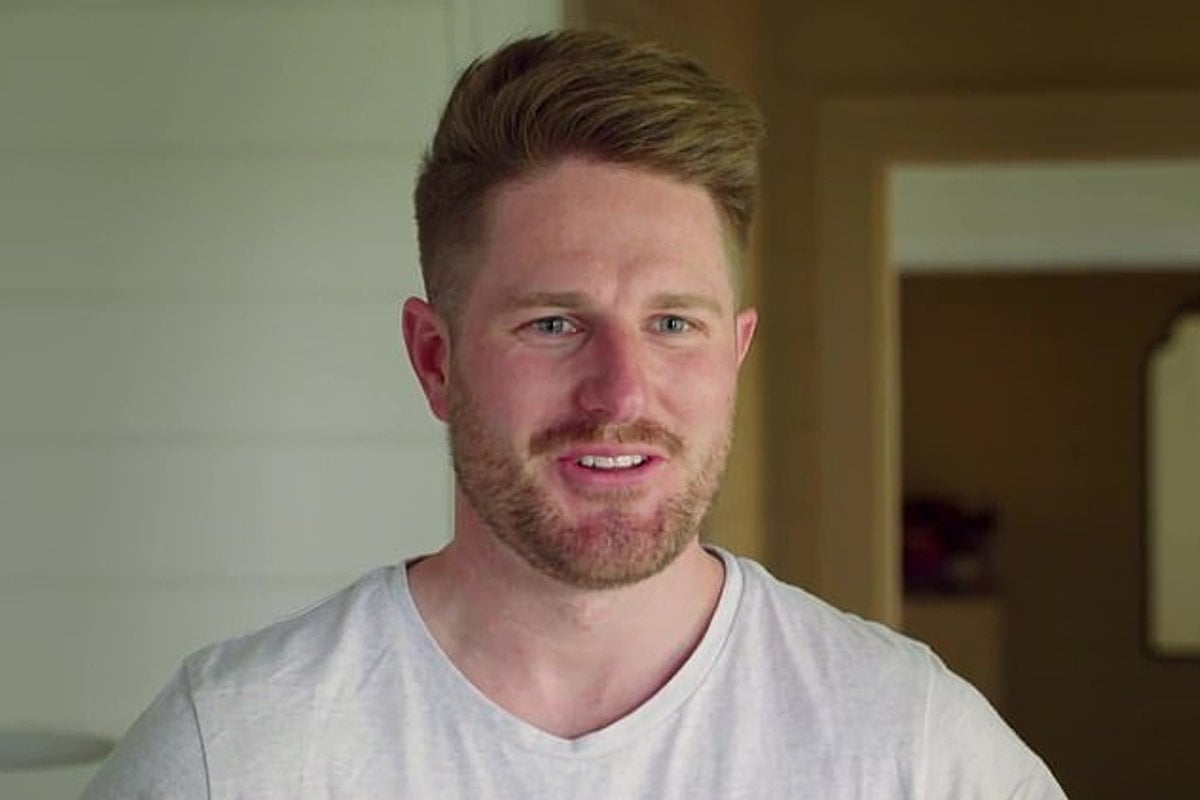 Right now, Bryce Ruthven is one of the most talked about men in Australia.

Despite everything that's going on in the news cycle at the moment, he continues to make headlines every day.

Since this season of MAFS premiered six weeks ago, there hasn't been a single episode in which Bryce hasn't been involved in some kind of conflict or scandal.

It started with the comments he made about his 'wife' Melissa Rawson's appearance during their honeymoon, and it has escalated to shouting matches with the other contestants, a non-consensual kiss, and the breakdown of at least one other couple's relationship.

WATCH: Bryce gets some feedback from his own mother. Post continues below.

Here's everything Bryce has said and done during his time on MAFS:

While completing the 'honesty box' challenge during the honeymoon, Bryce was asked whether Melissa was his type. He took the whole 'honesty' part very seriously.

"I’ve always gone for the blonde hair, blue eyes, tan kinda girl. And usually tall. I can’t say 100 per cent I’d come up to you in a bar and buy you a drink," he said.

When they returned from their honeymoons, the couples were asked to rank their spouses amongst the other spouses.

“Fourth. You don’t even get a medal for that…” Melissa said.

Melissa, after being left in tears by Bryce's decision, still put him in first place.

During one of the commitment ceremonies, Bryce told the experts and the rest of the contestants that Melissa would be his perfect woman if she just had the right eye colour.

Her eyes are green. He likes blue eyes.

The reaction to Melissa's personal story.

Bryce, who cheated on his own fiance, was SHOOK when he found out Melissa had once been involved with a married man.

"I'm not here to judge," he said before asking, "Why the hell would you do that?"

When he walked out.

After weeks of saying shitty things to Melissa, Bryce stormed out of their apartment after he asked Melissa what she was going to wear and she said "clothes".

He said she was "being a smartarse" and then he started... crying.

The confrontation with Sam.

After hearing that fellow contestant Sam had made comments about his wife Coco's appearance, Bryce was determined to confront him at the dinner party.

Because he... respects women.

He confronted Sam as soon as he walked into the cocktail party, saying, "I hope everyone in Australia hates your f**king guts.”

He continued to make comments before finishing off the night by throwing a glass of water in Sam's face and storming out of the dinner party.

Coco never asked Bryce to defend her. Melissa didn't want him to cause a scene.

The first fight with Beck.

During the third dinner party, Beck told the group Bryce had told her at the gym he had put her at the top of his hotness ranking.

She said he then told her it would be easy to get to the end with Melissa, but that he had a girl at home and wanted to buy her a gift.

In response, Bryce yelled: "SORRY I MET A GIRL ON TINDER TWO MONTHS BEFORE THE EXPERIMENT AND SLEPT WITH HER A FEW TIMES."

Bryce then began swearing at Bec and Jake said, "Don't speak to my wife or any other female with language like that."

The Commitment Ceremony blow up.

At the commitment ceremony, Bryce told the experts it was hard for him because the other contestants are idiots who keep making up rumours about him.

He then told the experts he needed their help, "in dealing with pure stupidity and idiots".

He didn't even listen to his mum.

During a Zoom session with their parents, Bryce's mum told him she'd witnessed some "concerning" behaviour while watching the commitment ceremonies.

"All three experts have picked your personality," she said. "You become defensive, you become outspoken, and I’m thinking you’re not even listening, you need to listen."

In response, Bryce just rolled his eyes and said he didn't believe her because she "didn't have the full story".

When he crossed out 'leave' and wrote 'stay'.

During the last Commitment Ceremony, Bryce decided to hold up a card that had 'leave' crossed out and 'stay' written in its place.

This obviously embarrassed Melissa who had no idea that he was even considering leaving.

Bryce said he initially wrote leave because he wanted to leave the experiment because everyone was bullying Melissa and he wanted to get her out of the "toxic environment".

Bryce explained he knew it would hurt Melissa, but he did it anyway.

He isolated Melissa from the group.

When the group arrived at the "retreat", Bryce and Melissa decided to stay at a separate house, far away from the rest of the group.

Later when they joined the rest of the group for drinks, Bryce stormed off leaving Melissa to face the group on her own.

When they arrived for dinner, Bryce took the opportunity to address the whole group and to accuse them of bullying Melissa.

He stood over Beck and told her he "had his wife in tears because of her".

And then he stormed out... again.

The next night the group came together for a pizza party which ended with Bryce storming off... again.

But before he stormed off, Bryce yelled at the group, crowned Jake the "king of the experiment" and then leaned down, pulled Beck towards him, kissed her on the cheek and yelled "and you're the queen of the experiment".

He didn't let Melissa go to the girls' night.

On the last night of the "retreat" all the husbands and wives attended separate boys' and girls' nights, except for Bryce and Melissa who stayed home because everyone was "bullying" them.

When Belinda went to check in on Melissa, she explained that because Bryce is “really miserable” she didn't want to leave him.

How fun for her.

He stormed out... again.

During last night's dinner party, Bryce stormed out once again.

Patrick asked Bryce whether he had apologised to Beck and he gave a half-hearted apology and then stormed out, demanding the producers remove his microphone.

Meanwhile, Melissa addressed the rest of the group and told them to stop being so hard on Bryce.

"You can't label him aggressive," she said.

Speaking to the cameras, Liam then said Melissa is a good prison wife. Bryce could murder someone and Melissa would be like 'it's all good'.

He told Jason he would be single by New Year's Eve.

When Bryce finally returned to the dinner party, Alana announced she had been sitting on something for weeks.

She said Bryce had told Jason he would like to hang out with him on New Year's Eve because he would be single by then.

Bryce and Melissa said they didn't believe Alana's story and Jason basically said he was breaking up with her for throwing him under the bus.

All this and we still have several weeks left of the "experiment".