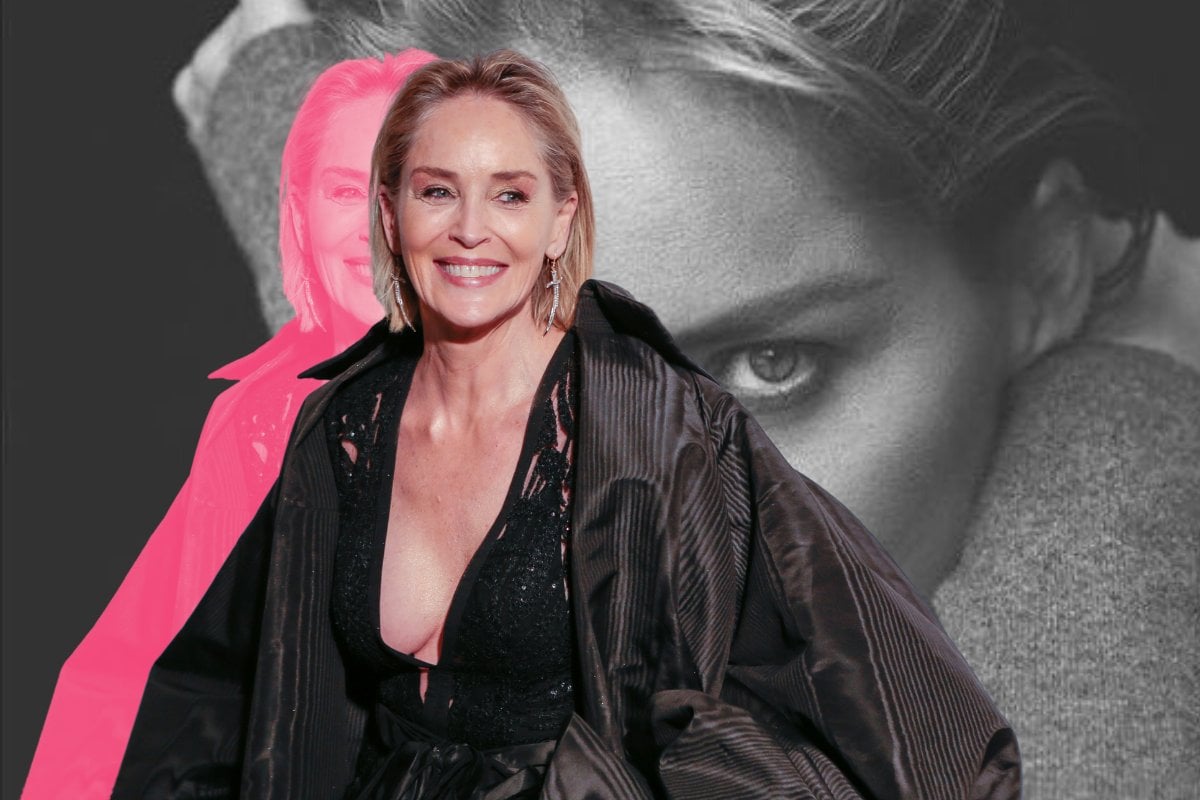 Known for iconic roles like in Basic Instinct and Casino, she was one of the biggest, most bankable stars of the 90s. Then in 2001, a major stroke impacted not only her career, but her entire life path.

Now the 63-year-old has released her memoir The Beauty of Living Twice, opening up on not just her long, successful career but also her troubled childhood, many near-death experiences and sexual harassment in the film industry.

Here are 7 things we learned about Stone from the book, which is available now.

As a 14-year-old, Stone was attempting to tame a horse while her mum hung out laundry.

She wrote how the clothesline sliced into her neck, and the horse began to drag her.

"My neck was hanging open, wet and ripped from one ear to the other," Stone wrote.

At the hospital, her doctor didn't know how to perform plastic surgery and she healed, but with a large scar which is still visible.

A secret abortion that left her bleeding profusely for days.

At 18, Stone fell pregnant to her first serious boyfriend.

It was difficult to get an abortion at her age in her home state of Pennsylvania, so the two drove to a clinic in Ohio.

"I was bleeding all over the place and far worse than I should have been, but this was a secret and I had no one to tell," Stone described.

"So I stayed in my room and bled for days. I was weak and scared and then just weak."

Eventually, a Planned Parenthood opened in her local area that provided her with birth control and counselling.

"This, above all else, saved me: that someone, anyone, could talk to me, educate me. No one ever had, about anything."

Her 2001 stroke, and the out-of-body experience.

Stone experienced a catastrophic stroke and brain haemorrhage in 2001. She wrote about being near-death and having an out-of-body experience where she saw three friends, who had already died, at her bedside.

"The light was so luminous," she wrote. "It was so… mystical. I wanted to know it. I wanted to immerse myself."

The next moment she felt "like I had been kicked in the middle of my chest by a mule," and "made a choice to survive".

She said she woke with "the kind of gasp you take when you are underwater far too long".

When she left the ICU, she had lost directional hearing in her right ear and a significant amount of weight.

She was still struggling to walk just two weeks before presenting at the following year's Oscars with John Travolta.

She wrote that at the rehearsal, she saw "how hard everyone else was working to be liked", while she was "working hard to stand".

Stone and her sister were abused as children.

Stone grew up in the small blue-collar city of Meadville, Pennsylvania, and in her book shared that she and her younger sister Kelly were abused by their maternal grandfather, aided by their grandmother, whom he also abused.

She would trap the girls in a room with her husband when they visited, starting when they were just toddlers.

He died when Stone was 14, and she wrote about the relief of knowing he could no longer harm them.

"I poked [his body], and the bizarre satisfaction that he was at last dead hit me like a ton of ice," she wrote.

The truth behind that Basic Instinct scene.

Basic Instinct made Stone an A-list star. The movie's most infamous scene is where Stone, as Catherine Tramell, sat opposite a group of investigators in a white mini dress.

She wrote how she had not consented to the 'crotch shot' scene. 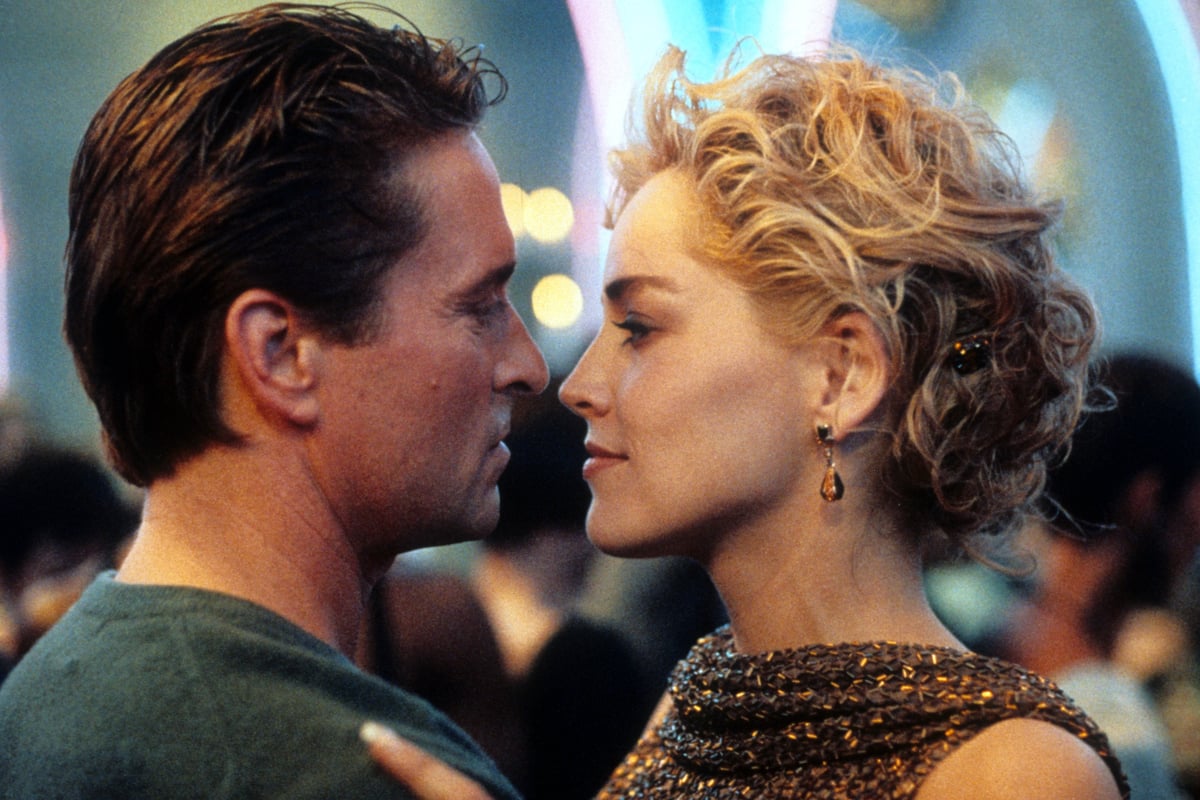 "After we shot Basic Instinct, I got called in to see it," the 63-year-old recalled.

"Not on my own with the director, as one would anticipate, given the situation that has given us all pause, so to speak, but with a room full of agents and lawyers, most of whom had nothing to do with the project.

"That was how I saw my vagina-shot for the first time, long after I'd been told, 'We can't see anything - I just need you to remove your panties, as the white is reflecting the light, so we know you have panties on.'"

After seeing the interrogation scene for the first time, Stone called her lawyer.

"It was me and my parts up there. I had decisions to make. I went to the projection booth, slapped Paul across the face, left, went to my car, and called my lawyer, Marty Singer," she wrote, saying she ultimately decided to allow the scene to remain in the film.

A producer once advised her to sleep with a co-star.

Stone wrote a lot about what it was like to be an actress in the 80s and 90s, and the greatest example was an anecdote about how a producer allegedly tried to coerce her into sleeping with a co-star to help with "on-screen chemistry".

"I had a producer bring me to his office, where he had malted milk balls in a little milk-carton-type container under his arm with the spout open," she wrote.

"He walked back and forth in his office with the balls falling out of the spout and rolling all over the wood floor as he explained to me why I should f*** my co-star so that we could have on-screen chemistry. Why, in his day, he made love to Ava Gardner onscreen, and it was so sensational! Now just the creepy thought of him in the same room with Ava Gardner gave me pause.

"I watched the chocolate balls rolling around, thinking, 'You guys insisted on this actor when he couldn't get one whole scene out in the test… Now you think if I f*** him, he will become a fine actor? Nobody's that good in bed. I felt they could have just hired a co-star with talent, someone who could deliver a scene and remember his lines. I also felt they could f*** him themselves and leave me out of it. It was my job to act, and I said so. This was not a popular response. I was considered difficult." 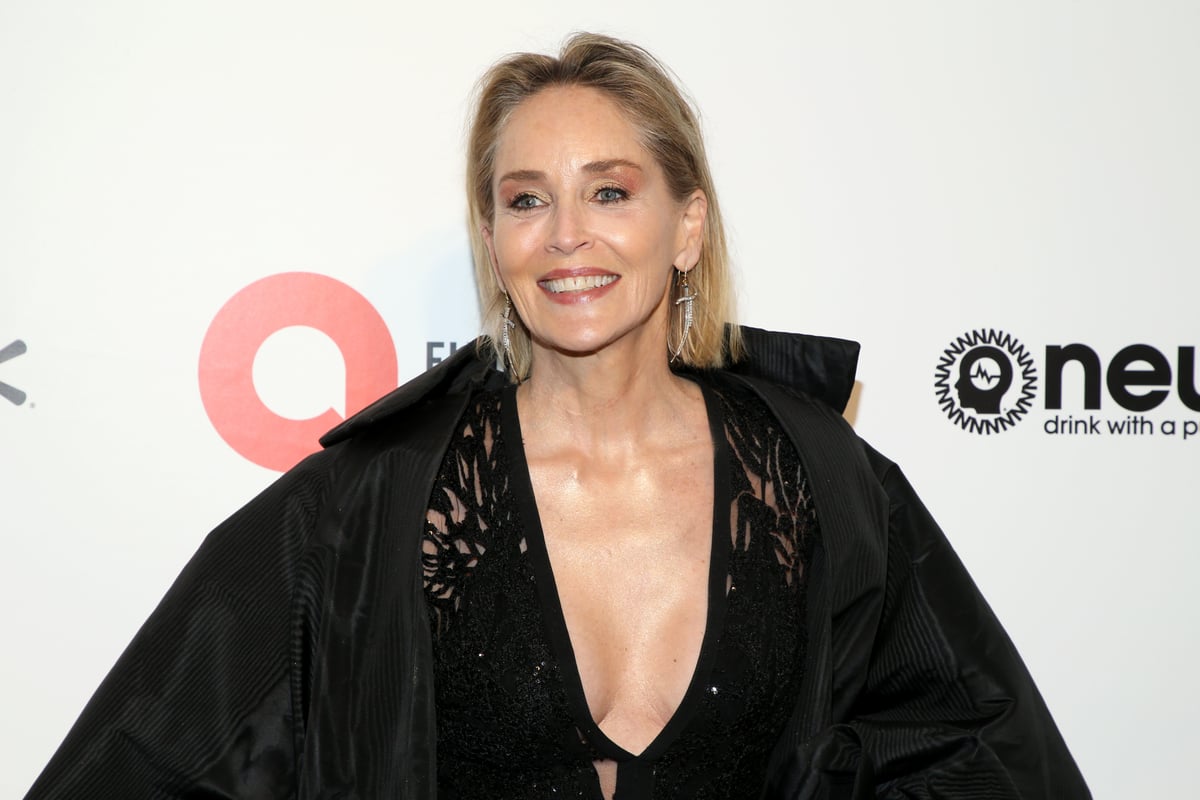 "I've had other producers on other films just come to my trailer and ask, 'So, are you going to f*** him, or aren't you? You know it would go better if you did'," Stone wrote, saying she'd also had threats of being fired if she didn't 'put out'.

Stone wrote about a director who wouldn't direct her because she "refused to sit in his lap".

"This #MeToo candidate called me in to work every day for weeks, when [her son] Laird was a brand-new baby, and had me go through the works—hair, makeup, and wardrobe—and then wouldn't shoot with me because I refused to sit in his lap and take direction.

"Yes, this was a multimillion-dollar studio film, of which I was the star, and the studio didn't say or do anything. I just kept coming to work and spending the day constantly getting retouched in my trailer and being with my baby.

"Of course the film was a bomb. The level of insecurity and unprofessionalism, and I would guess drug abuse, required to make those kinds of choices never leads to good work. But as a superstar, which at that point I was, and a woman, I had no say. That was how it was in my day. Even a high, abusive director had more power than I did."

She said she was so pleased to see the industry slowly change in recent times and for women at the helm.

You can contact Bravehearts (an organisation providing support to victims of child abuse) here.

Reply
Upvote
3 upvotes
The movie is Sliver, not Silver......