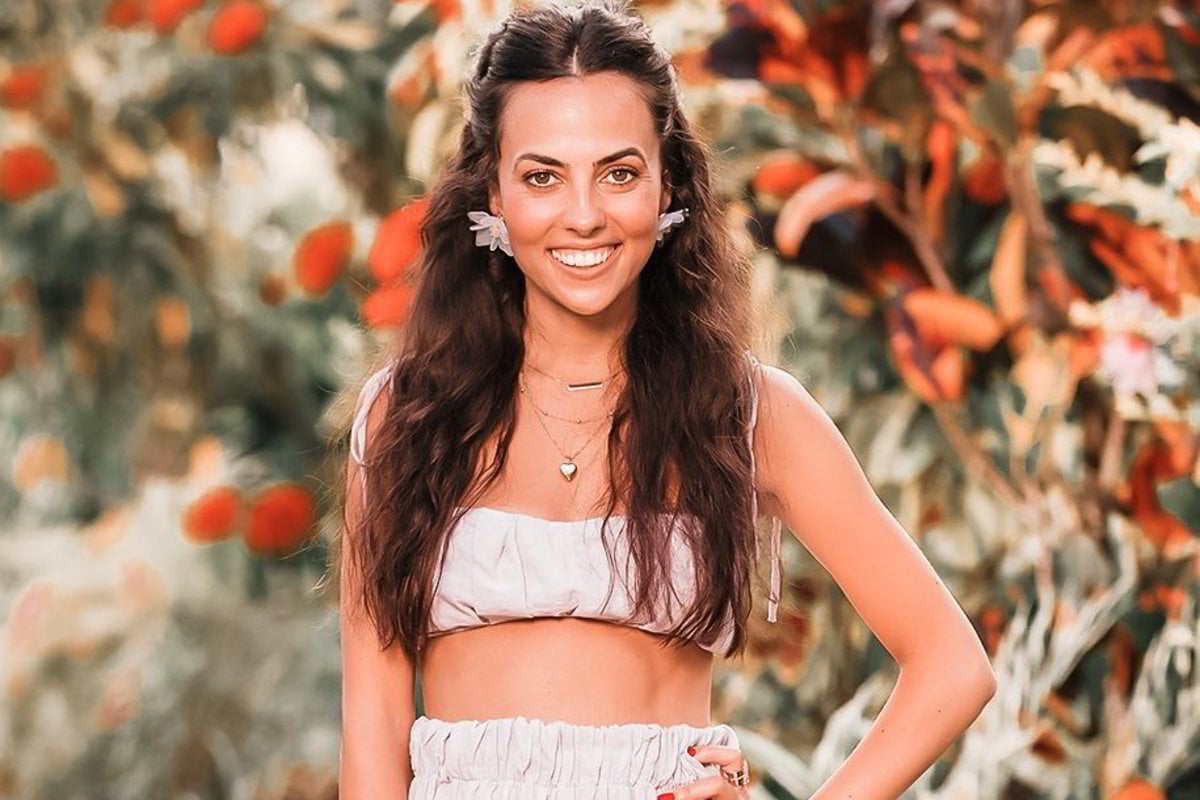 1. "It was not towards anyone." Bachelor in Paradise's Cass has responded to her "villain edit".

Cassandra Mamone wasn't exactly painted in the best light ﻿﻿on this season of Bachelor in Paradise.

Throughout the season, Cass made a number of comments about her fellow constants including Niranga Amarasinghe and Brittney Weldon.

But in an interview with Adelaide Confidential, she's claimed she was edited to look like a "mean girl".

Cass explained that in one scene she was seen referring to Niranga as "gross". But it was actually footage cut together from another interview.

"I was coughing, and the producer said 'Cass. You can spit outside' and I said 'gross'," she told the publication.

"It was not towards anyone."

She did, however, take some ownership over how she acted on the show.

"People that know me know I’m joking, I’m mucking around but those words can still hurt someone," she said.

"That is never my intention."

Watching the show back, Brittney said she was surprised to learn what Cass said about her in Paradise.

"I knew she didn’t really like me because of the love triangle [with Jackson Garlick], but I didn’t realise how much she didn’t value me as a person and that’s really on her," she told The Courier Mail on Wednesday

"I’m proud of how I portrayed myself," she added.

Bachelor in Paradise continues Sunday at 7.30pm on Channel 10.

Listen to The Spill, Mamamia's daily entertainment podcast. In this episode, Kee Reece and Laura Brodnik discuss Ellen Pompeo's interview on Jemele Hill’s podcast, which had a whole heap of Grey's Anatomy tea. Post continues below.

2. "We talk on the phone all the time." Locky Gilbert on his relationship with The Bachelor winner.

Get excited! The new season of The Bachelor kicks off next week and yes, Locky Gilbert does pick a winner.

Speaking to Who Magazine, Locky explained that him and his new girlfriend are currently keeping their relationship under wraps until after the show.

"Keeping it a secret, for now, is all just part of the fun of being the Bachelor," the 31-year-old told the publication.

Despite all the secrecy, it sounds like the couple are keeping in constant communication.

"We talk on the phone all the time," he said.

"We were on a call for three hours this morning and five hours yesterday!"

Locky previously confirmed he ended up finding love on the show, in an interview with New Idea on Monday.

'"I can say with a big old smile on my face that I have definitely found love and I'm over the bloody moon right now," he told the publication.

"I’m super happy and it was a crazy journey and one of the hardest things I’ve ever done, but I couldn’t be happier."

The new season of The Bachelor will premiere on Channel 10 at 7.30pm on Wednesday, August 12.

3. Oh. Timm has claimed that Angie recently "slid into his DMs" and we're... confused.

With all Australian reality TV shows that involve love, the drama never ends.

It was almost a whole year ago that Angie Kent sent Timm Hanly home from her season of The Bachelorette, but of course, there is still drama going on.

After her break up from the season's winner Carlin Sterritt, there were rumours circulating that there may be hope for Angie and Timm again. But in a new interview with The Daily Telegraph, Timm has shared that Angie sent him a direct message, and he shut her down.

﻿ ﻿"She slid into my DMs ­but I just said, 'Look I don’t think we are going to be friends'," he told the publication.

"She said she hoped we might be friends and sh*t after her and Carlin broke up. I was just like, 'Whatever, relax love'."

Funnily enough, this interview took place the day after Angie apologised to her Instagram followers, saying that if she knew that Timm and Ciarran Stott were only on her season for fame, she would have sent them home way earlier.

"Sorry Straya’! If I knew sooner, I would’ve sent him and his hype man home second episode when I sent old mate Politician home, because NO ONE fucks with my sisterhood," Angie wrote.

"Sorry that at some point we were all victimised by Regina George," she added.

So now we're unsure whether Timm is actually telling the truth or just backpedalling...

It was recently announced that due to COVID-19 travel restrictions, Lindsay Lohan would not be reprising her role as a host on ﻿The Masked Singer Australia﻿. Instead, she will be replaced by New Zealand comedian Urzila Carlson.

And according to her former co-host Jackie O, Lindsay isn't too happy about it.

"We’ve stayed in touch after she was on the panel last year," Jackie told WHO.

"﻿She’s so upset that she couldn’t make it back to Australia, but it just wasn’t possible. I know she’ll try to watch it from her home. I loved what she brought to the show last year."

And honestly, we're going to miss her too. Who else will choose A-list celebrities to be under those masks?

5. A ranking of The Masked Singer costumes by how much they'll appear in our GODDAMN NIGHTMARES.

Just when we thought 2020 couldn't get any more worrying, Channel 10 put an Australian celebrity inside an oversized ventriloquist puppet costume.

The Masked Singer returns next week, which means weeks of being haunted by terrifying, singing monsters. It sounds like something out of a low-budget horror movie, and we'll definitely still be watching.

We haven't even see the inaccurately coloured sloth and cactus with... breasts sing yet, but all the harm has already been done by the 1000 The Masked Singer ads that air during precisely every break on Channel 10.

Here is a definitive ranking of the abominations based on how much they will haunt our dreams. 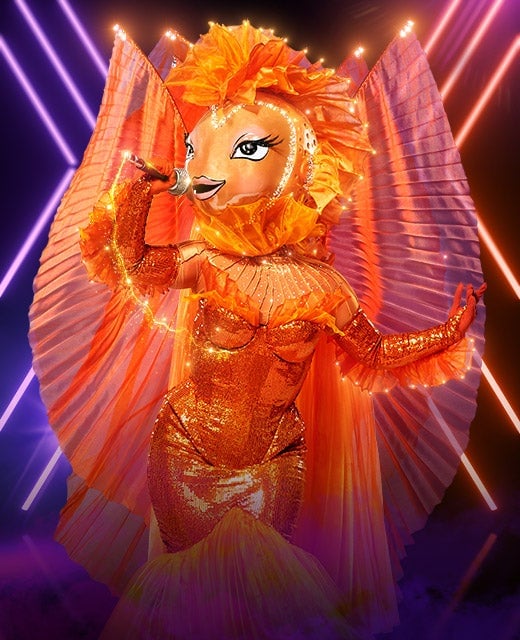 Goldfish looks like she'd date Will Smith in Shark Tale and we're not mad about it. Consider her a safe space. 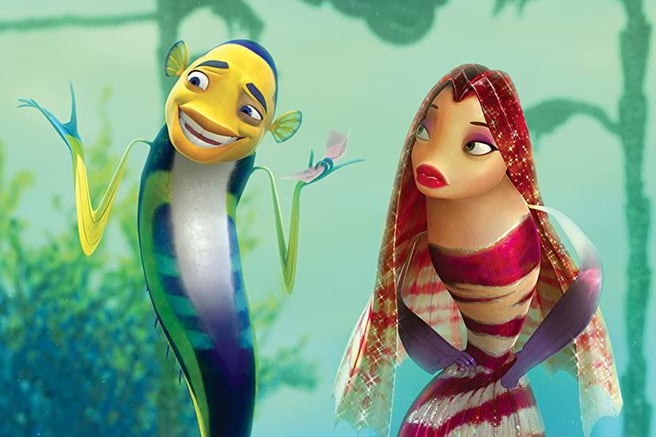 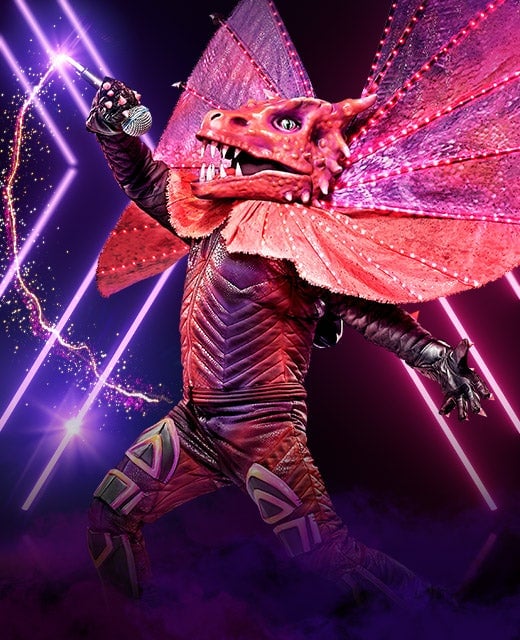 I feel like Frillneck wants to be scarier than it is. Idk, just something about the frill reminds me of Elizabethan-era portraits. 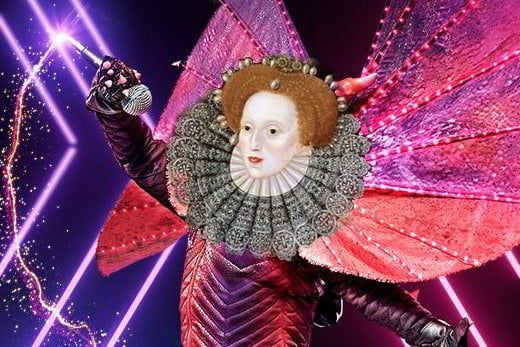 See our full ranking of The Masked Singer costumes here.