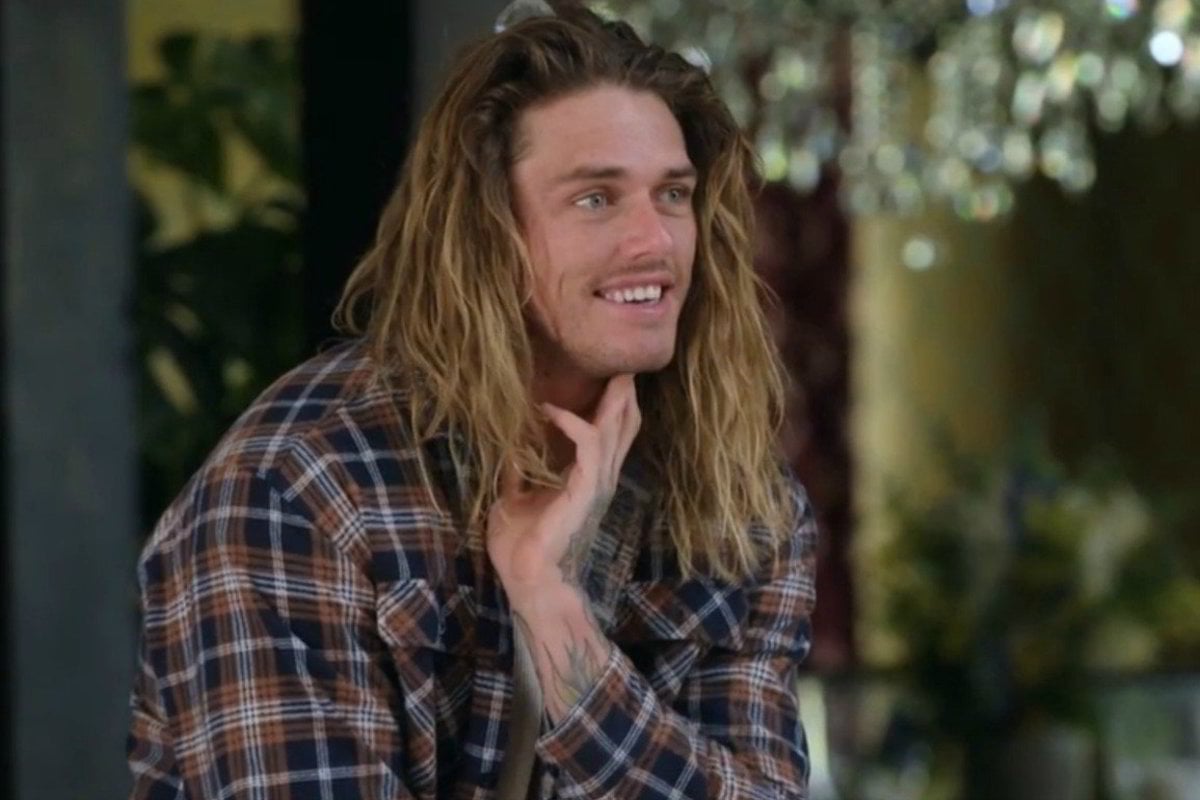 The 27-year-old, who became a fan favourite on the last season of The Bachelorette, became runner-up after Angie Kent chose personal trainer and budding actor Carlin Sterritt.

Two weeks ago, however, Angie and Carlin announced their split, ending weeks of speculation.

Watch the trailer for the new season of Bachelor in Paradise below. Post continues after video.

"We have not wanted to confirm up until this point because there have been much bigger issues going on in the world and we've both been taking space to think about what we really want," Angie wrote on Instagram.

Speaking to Mamamia, Timm shared that while he is no longer in contact with Angie, he has spoken to Carlin since their break-up was made public.

"I've spoken to Carlin, I spoke to him a few weeks ago after they broke up. I just told him, 'I hope you're all good'. But I haven't spoken to Angie at all," he said.

"People have been messaging me saying, 'Oh have a go now, it's your chance!'"

Now, Australia's favourite larrikin is set to appear on Bachelor in Paradise – an opportunity which Timm certainly didn't need any convincing for.

"It's a holiday in Fiji with a heap of hot girls and my mates," he told Mamamia

"Like, what's the worst that could happen? It couldn't get any worse than The Bachelorette ending."

Listen to the latest episode of Mamamia's daily entertainment podcast, The Spill, below. Post continues after audio.

Prior to joining the reality show, Timm had never watched a season of Bachelor in Paradise, and he wasn't quite sure what to expect.

"I thought it was like Love Island," Timm admitted.

"But I assumed it was going to be really different having girls around. We didn't get to see much of Angie [on The Bachelorette].

When entering Bachelor in Paradise, Timm didn't know much about his fellow contestants.

"I haven't really watched much of the show so I didn't really know anyone," he shared.

"[Matt Agnew's season of] The Bachelor was airing when we were filming The Bachelorette, so I didn't get to see any of The Bachelor girls. I basically didn't have any pre-conceived ideas about anyone.

"I just went in with an open mind, I didn't really have my eye on any girl in particular. I was just going in there to see how it would work out. But it worked out well, hey."

A post shared by Bachelor In Paradise Australia (@bachelorinparadiseau) on Jun 14, 2020 at 2:00am PDT

In promos for Bachelor in Paradise, Channel 10 have teased that Timm and Brittany Hockley, who appeared on Nick Cummins' season of The Bachelor, start dating on the show.

In the clip, Brittany shares that she wouldn't usually go for a man like Timm, but admits he has taken her by surprise.

"Brittany is absolutely gorgeous! So well-spoken, those piercing blue eyes," Timm said in the promo.

Although Bachelor in Paradise was initially due to screen earlier this year, the series premiere was delayed because of the COVID-19 pandemic.

Now, the cast have been waiting over six months to share what happened on the show – including which couples did and didn't make it out of Paradise.

"It's bloody hard to do. But it can be done," Timm shared.

Speaking to Mamamia, Timm shared that while there were a "few dramas" on the show, the experience was overall a positive one.

"It was so fun, hey. Lots of hot girls. All the boys. What more could you ask for?" he said.

"We would wake up, train, eat, swim, have a few bevvies, eat again, romance – the whole lot. It was fun as."

After The Bachelorette, Timm became close with a number of contestants from his season including Ciarran Stott, Jackson Garlick, and Jamie Doran, who earned a reputation on the show for being a "stage-five clinger".

While Timm seemingly clashed with Jamie in The Bachelorette mansion, the pair have since spent a lot of time together both outside the show and on Bachelor in Paradise.

As for Timm's close friendship with Ciarran, the pair have spent the past few months living together,

However, Timm shared that he moved out of the pair's home last week to make room for an office for his new business, 80s inspired 'athleisure' brand Front Runner.

Bachelor in Paradise premieres on Wednesday night at 7.30pm on Channel 10.