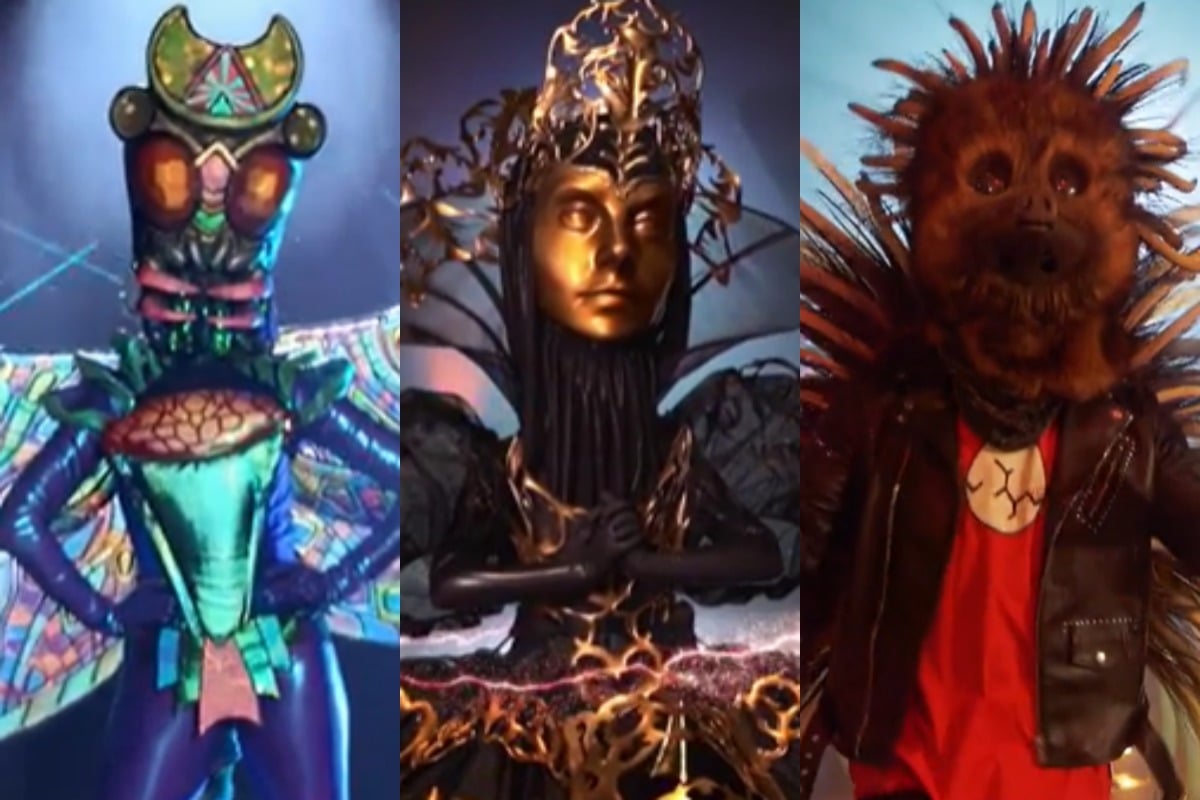 It’s fair to say we could all do with a bit of a distraction right now. Even if that distraction comes in the form of life-size animals jumping around on a stage.

That's right, The Masked Singer is back for another season. And Channel 10 somehow found a way to make the masks even more... disturbing.

In just under two weeks, 12 new celebrities will dress up in seemingly claustrophobic costumes and take part in Australia's weirdest guessing game. And we're very excited about it.

Meet the first five masks on The Masked Singer 2020. Post continues below.

This year's contestants include; the Dragonfly, the Hammerhead, the Kitten, the Wizard, the Frillneck, the Sloth, the Cactus, the Goldfish, the Bushranger, the Queen, the Echidna, and the Puppet... which sounds straight-up terrifying.

Ahead of the season premiere, here's everything we know about The Masked Singer 2020.

We've known for a while now that Lindsay Lohan sadly won't be returning to the judging panel this year due to COVID-19 travel restrictions.

Instead, her chair will be filled by New Zealand comedian Urzila Carlson. She'll be joined by last season's judges Jackie O, Dave Hughes and Dannii Minogue.

Listen to The Spill, Mamamia's daily entertainment podcast. In this episode co-hosts Laura Brodnik and Kelly McCarren talk behind the scenes of The Masked Singer. Post continues below.

Clue: "I may be classically trained, but I’m famous for some other moves."

So far, fans have already guessed that Dragonfly could be Kate Miller-Heidke who was trained as a classical singer or Australia’s Got Talent judge Lucy Durack. Other guesses include Dami Im and Emma Watkins.

Clue: "I’ve always been a stand up guy, who hangs with birds of a feather."

Fans have suggested that the clue "stand up guy" is a reference to a comedian. But that also seems a little too obvious.

Clue: In the first video promo, Cactus is heard saying, "When they hear my voice, they’ll be yelling ‘You grow girl’," which doesn't give away too much. In another Instagram post, we're given the clue, "Don't let my looks fool you. I'm dangerous, but I would rather keep that private."

Names like Sia, Ruby Rose and Lucy Durack have been thrown into the mix so far.

Clue: "My childhood neighbours hated my singing voice, but who’s having the last laugh now!"

It didn't take long for fans to speculate that Wizard could very well be a previous or current Neighbours star. Jason Donovan, who played Scott Robinson on the show, is just one of the names that's been thrown around.

Clue: "My sporting pedigree can’t be denied... and that doesn’t just take the cake."

Straight off the bat, fans are guessing an athlete or TV chef is hiding under Queen's terrifying mask.

Clue: "I’ve never started a fight … but I always nail them in the end!"

Who do you think are hiding behind the masks? Let us know in the comments below.