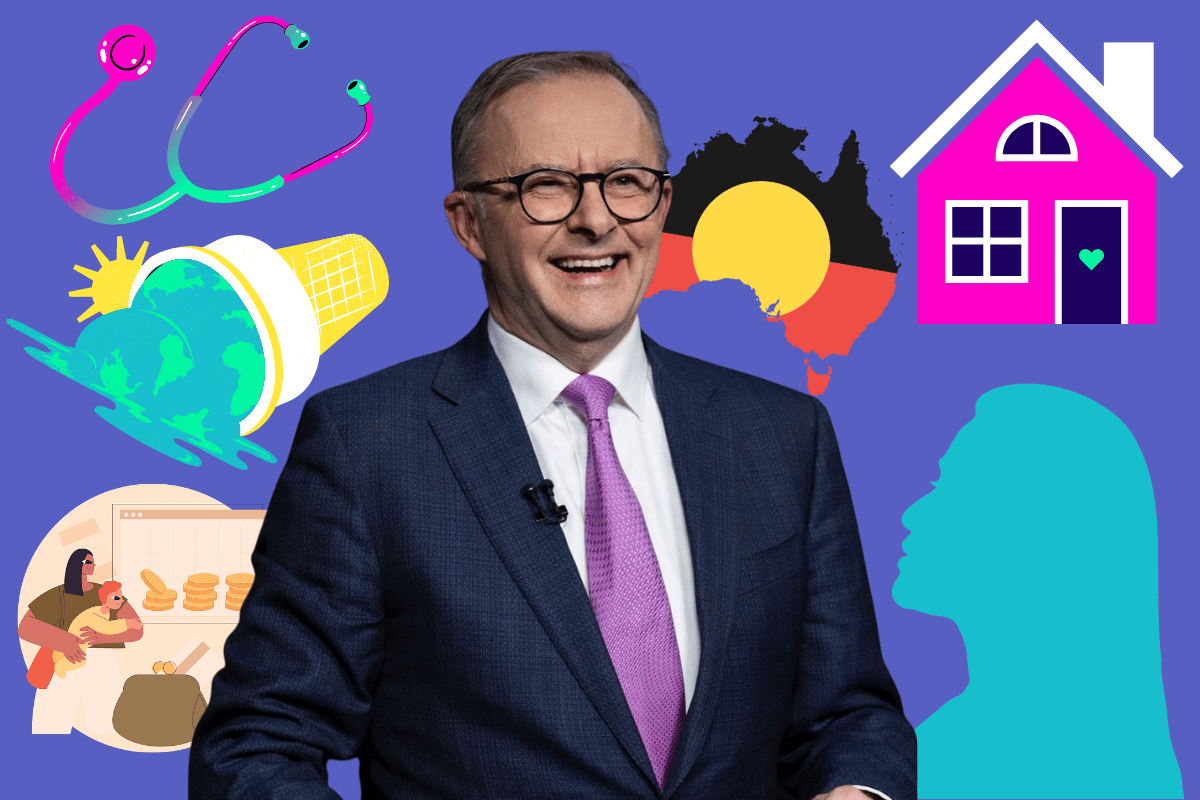 Australia officially has a new leader.

Scott Morrison has conceded and Anthony Albanese will be installed as our 31st Australian Prime Minister. Labor's Albanese has pledged to bring Australians together after defeating the nine-year-old Liberal-National coalition government.

In his speech, he said: "Together we begin the work of building a better future... for all Australians. I want Australia to continue to be a country that - no matter where you live, who you worship, who you love or what your last name is - places no restrictions on your journey in life."

So while Labor celebrates their victory, we thought it wise to unpack everything you need to know about the new government of Australia, their election promises, policy agendas and more.

Not only are parents reaching further into their pockets than ever before, but childcare costs are getting in the way of women's participation in the workforce. According to our Mamamia Votes Survey around 14 per cent of the over 5,000 people surveyed said childcare was one of the main issues affecting their decision at the polls.

What Labor has promised is further addressing how to get more women in the workforce.

Speaking to ABC's 7.30 report, Anthony Albanese said Labor's childcare policy - which will see a $5.4 billion investment in making childcare cheaper - will help grow the economy and boost women's participation in the workforce.

"If you remove the distortion which is there that stops women working a fourth or a fifth day, what you'll get is a growth in workforce participation. You'll also get a growth in productivity and a growth in the economy as a direct result of that, which is why businesses are crying out for this area of reform," Albanese said.

Here's a better look at some of their policies: 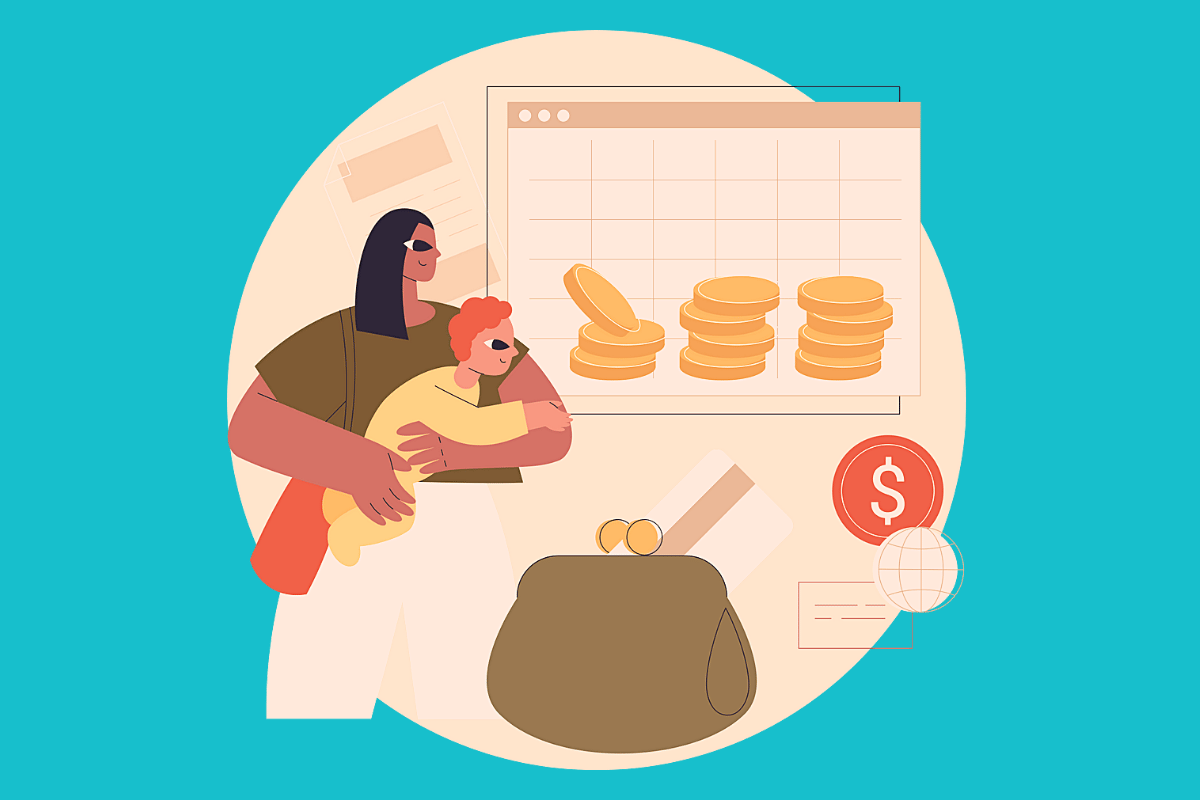 This is without a doubt one of the most serious issues that needs to be addressed by the new government. Amongst our audience alone, 32.6 per cent nominated action on family and domestic violence as one of their top five issues.

Over the years, the statistics of violence against women have barely budged. One woman a week is still killed by a former or current partner according to Our Watch.

Here is what Labor is promising in this space: 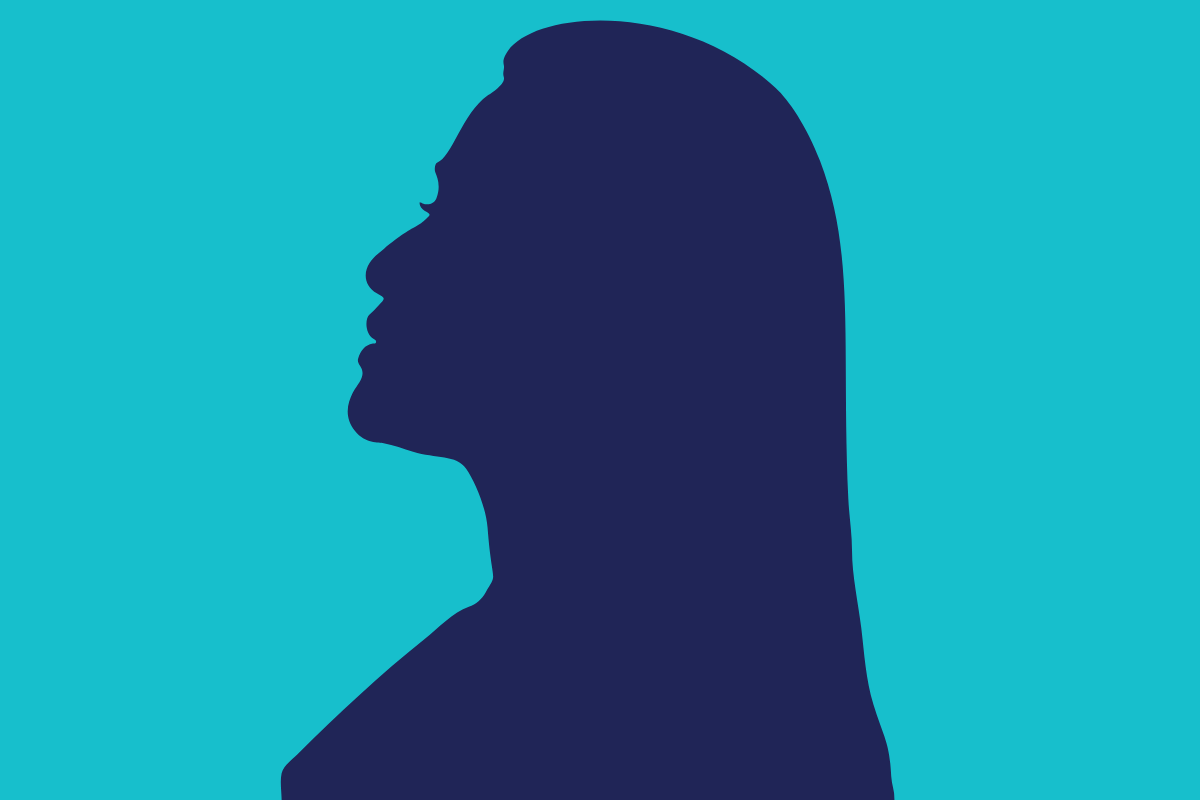 Healthcare was one of the major issues that Labor focused on in this election.

Over the past three years, the COVID-19 pandemic has placed an exorbitant amount of stress on our country's healthcare and aged care sector. Workers were pushed to the brink, patients had their elective surgeries postponed and many of us struggled with our mental health. Over half (52.4 percent) of the 5,000 people surveyed in our Mamamia Votes Survey said health and hospital funding would decide how they voted in the polls.

With this in mind, aged care and Medicare are two key issues that Labor has touted.

When it comes to Medicare, Labor will spend $135 million to deliver at least 50 Medicare Urgent Care Clinics.

Mark Butler, Shadow Minister for Health and Ageing, told The Quicky this will help take unnecessary pressure off emergency departments.

"What we'll do is develop services in the [regional] community where people can go seven days a week, until 10pm at night, and get a fully bulk billed service by properly trained doctors and nurses for urgent care," he said.

Here's a look at some of the other policies they are promising in healthcare: 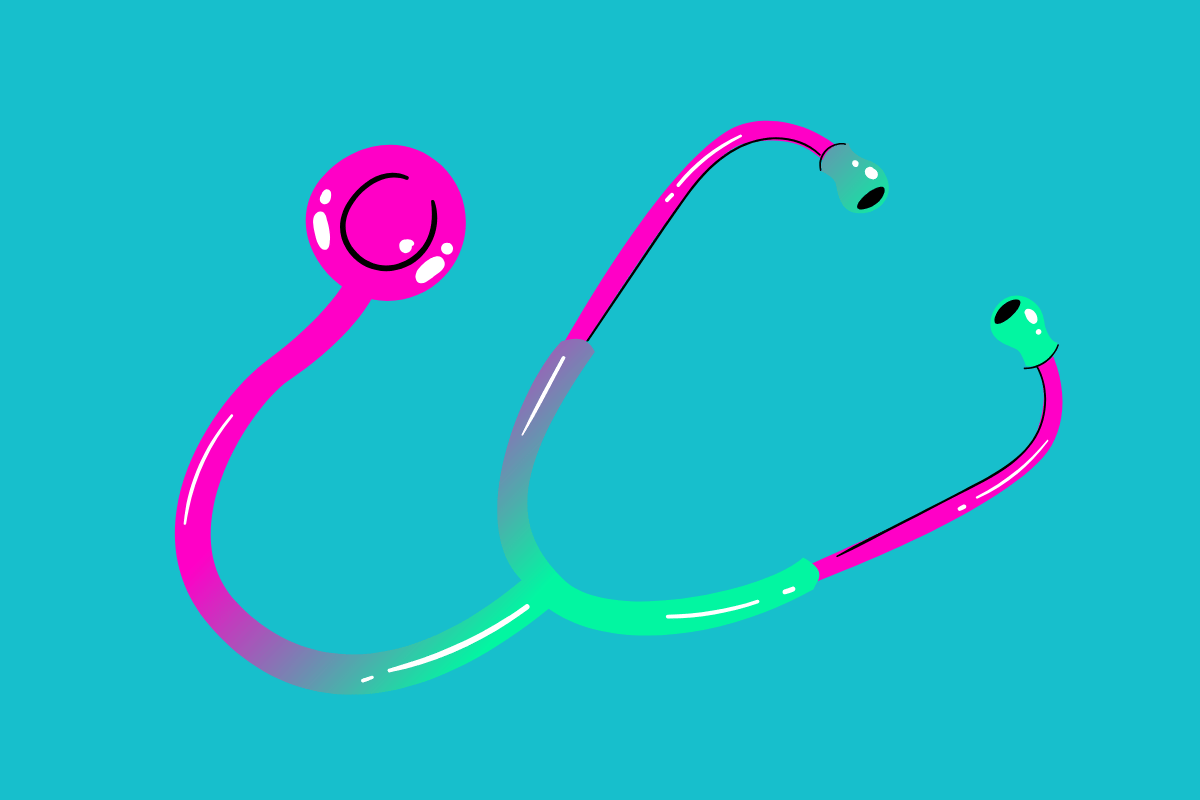 It's still been five years since the Uluru Statement from the Heart was delivered. And it's still yet to be enacted.

Throughout the election campaign, the authors of the statement called on Aussies to make constitutional change an election issue. A new campaign was launched, calling for whoever wins the election to commit to a referendum on Indigenous constitutional recognition and a Voice to Parliament, which is proposed in the Uluru Statement from the Heart.

And from the looks of things, Albanese has committed to better address key issues impacting First Nations communities.

Labor supports the Uluru Statement from the Heart in full, including Voice, Treaty and Truth. On their party website, Labor recognises the statement as a "generous offer of a genuine partnership, and a real chance for us to create a reconciled Australia." Labor says they will progress a referendum to enshrine a Voice to Parliament in the Constitution "as a matter of priority". They will also establish a Makarrata Commission to work with the Voice to Parliament on a national process for Treaty and Truth-telling.

As for the timeline, Albanese previously told reporters that he would "sit down with Indigenous people and, if we’re successful, it would be my intention to hold a referendum in our first term".

Here's a look at what other policies Labor are promising to support First Nations people: 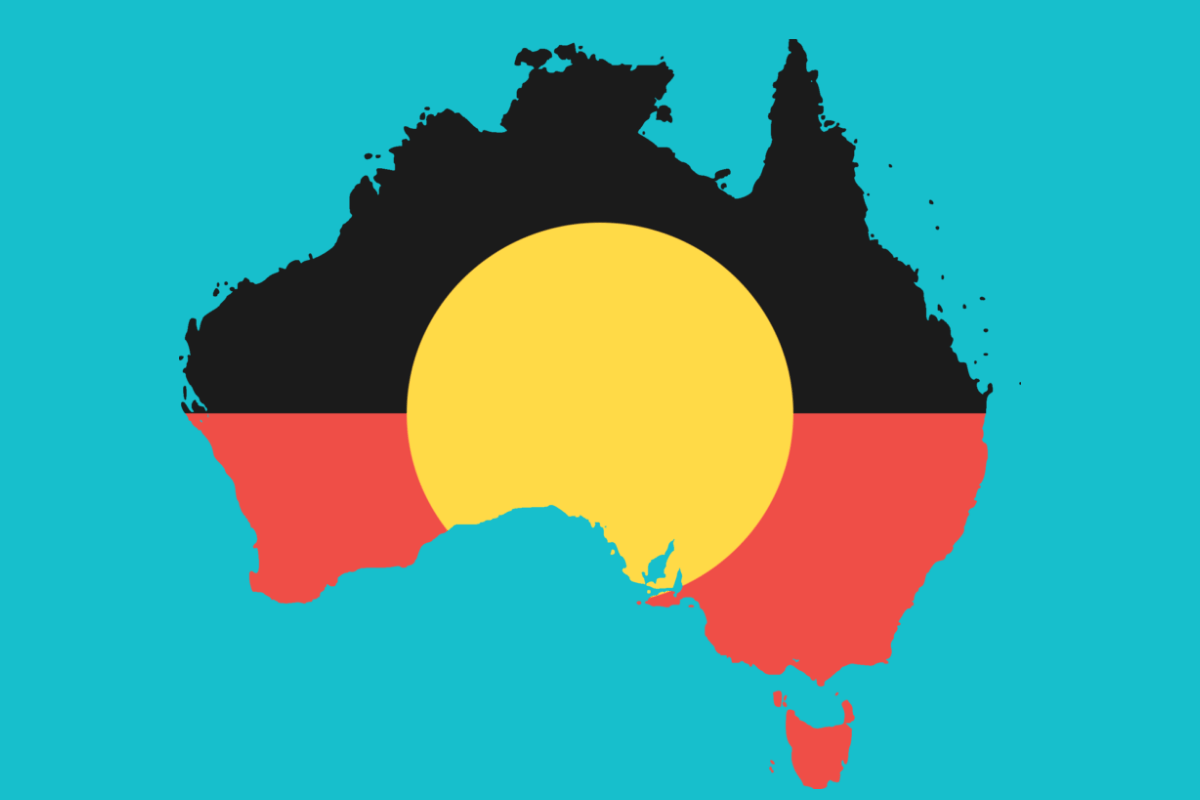 Given what's occurred across our country over the past few years, climate change policies are crucial.

Ultimately, Greens was promising the most comprehensive action, but Labor was still promising more compared to the Liberal government.

According to our recent Mamamia Votes Survey, it's the number one issue that decided how most Australian women would vote in the federal election. In fact, out of over 5,000 people surveyed, a whopping 68.7 percent said climate change will influence them at the polls.

And just last month, the Intergovernmental Panel of Climate Change (IPCC) warned that there are some governments around the world who have vested interest in keeping the fossil fuel industry alive and are holding back on transitioning to renewables, which they found to be the cheapest and most impactful way of cutting global emissions. Australia was one of those governments called out for being heavily influenced by lobbying from fossil fuel industries.

Albanese pledged to "end the climate wars" through a number of policies, including his Powering Australia plan to drive investment in cheap, renewable energy.

Here's what Labor are promising: 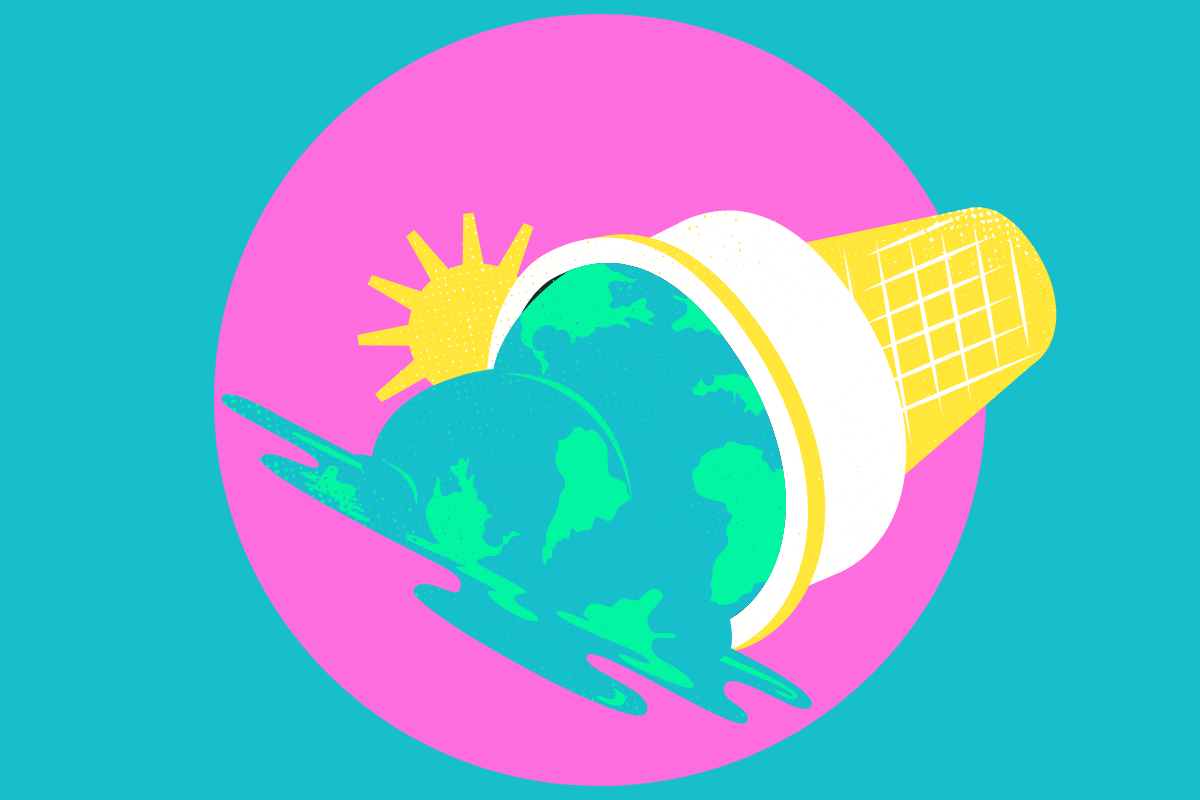 Last but certainly not least, we have cost of living.

The pandemic and impact of the war in Ukraine have seen the cost-of-living surge over the past year, and Aussies are feeling it at the checkouts and the petrol pumps.

According to the Mamamia Votes Survey, 50.6 percent of the 5000 people surveyed said it was an issue in deciding how they would vote in the polls.

The cost of living was a focus in Labor's budget reply.

"The truth is if you want real, permanent, meaningful help with the cost of living, you need a plan to get wages growing again. And you need a Labor Government to do it," Albanese said at the time.

Here's what the Labor party promised: 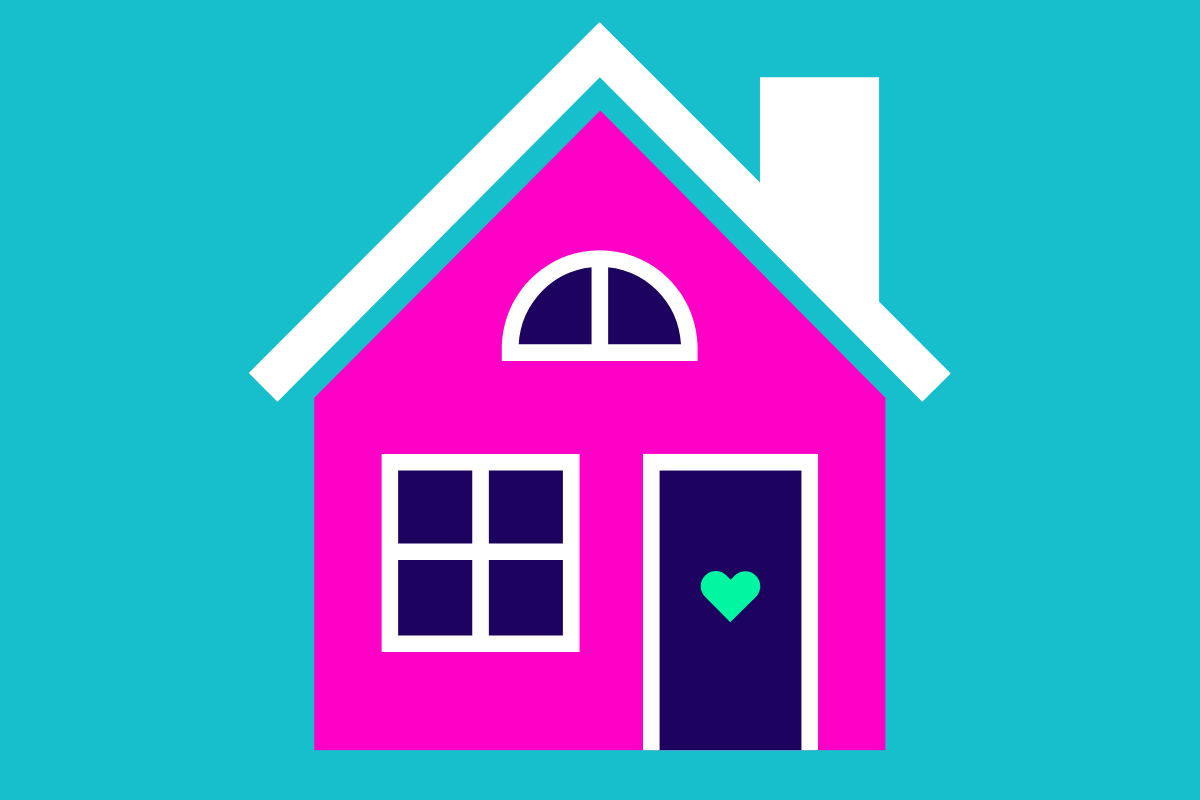 Reply
Upvote
Only 12% of 2PP votes does not make a 'powerhouse'. Makes them a mini-house....
T
twodogs 3 months ago

Reply
Upvote
Yes I stand to be corrected .
'The outspoken senator is predicted to retain her place in the senate, securing 13.1 per cent of primary Queensland votes.'...not Australia wide and are News limited assuming senate position based on reps QLD primary votes? Not sure. Ch9 certainly stated  the state figure as a national figure and made a point of it. They were very rushed in their Saturday night commentary however.
Also being reported now, Greens may have gone off too early for one of 'their' Brisbane Seats. Postal votes not looking for Greens.
So Greens look like they will not hold balance of power in reps-house according to Labor. Let's see about the senate.....
Resources
Very Peri
Skin
News
General
Opinion
True Crime
Politics
Sport
Explainer
Entertainment
Celebrity
Reality TV
Movies
TV
Books
Rogue
Royal
Lifestyle
Beauty
Fashion
Weddings
Home
Wellness
Health
Fitness
Travel
Food
Family
Before The Bump
Pregnancy
Baby
Kids
Teens
School
Parent Opinion
Work & Money
Money
Finance
Career
Lady Startup