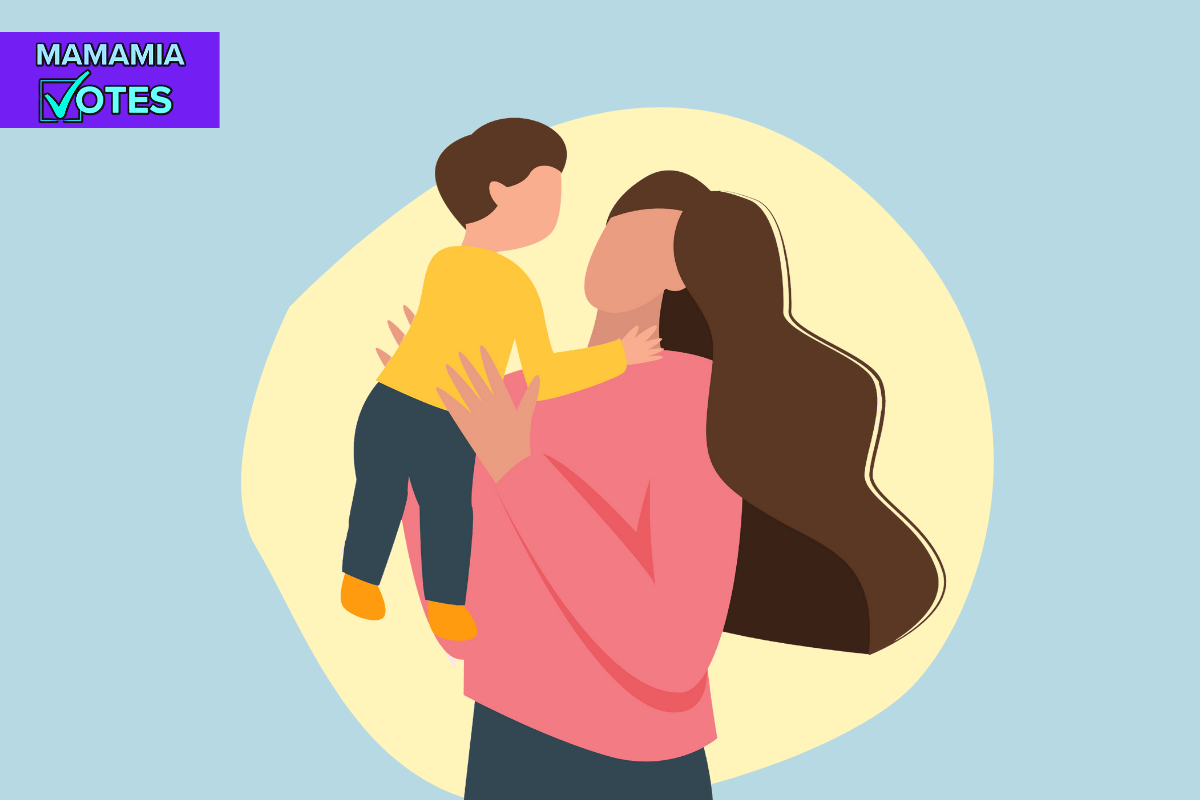 Not only are parents reaching further into their pockets than ever before, but childcare costs are getting in the way of women's participation in the workforce.

So with the election just a few days away, it's no wonder childcare is a top issue on the minds of Aussies.

According to our Mamamia Votes Survey around 14 per cent of the over 5,000 people surveyed said childcare was one of the main issues affecting their decision at the polls.

Here's a quick rundown on where the major parties stand on the issue.

Prime Minister Scott Morrison says the Liberals have a "responsible and affordable policy" on childcare.

"What we don't do is go and promise the world when you know you can't pay for it. If you go to 90 per cent childcare for everybody that is a policy that all Australians are going to have to pay for," he said at the final leaders' debate last week.

If re-elected, the government will invest around $11 billion in child care during 2022-23.

Here's a look at their policies:

"If you remove the distortion which is there that stops women working a fourth or a fifth day, what you'll get is a growth in workforce participation, you'll get a growth in productivity and a growth in the economy as a direct result of that, which is why business are crying out for this area of reform."

Here's a look at some of their policies, which are set to make 96 per cent or 1.26 million families better off.

Child care is good for children, good for parents, and good for the economy. Labor will make child care cheaper, allowing more parents to work the hours they want, easing cost of living pressures on families.

The Greens recognise childcare as "an essential public service" and want to make it free for everyone.

"Childcare is too expensive, which restricts women’s choices and puts families under financial pressure," said Greens Leader Adam Bandt, according to the Sydney Morning Herald.

"Labor should learn the lesson of Medicare, once something is universal people love it and won’t let anyone take it away. We can do that with childcare."

Here's a look at what they're promising:

Childcare should be universal & free.

It’d lift the financial burden on families & mums, and it costs less than the handouts we give to billionaires & big corporations.

The Greens will push the next Government to make this a reality.https://t.co/8alagGcOew

Reply
Upvote
I'm sick of everyone saying that childcare is a 'womens issue'. It's a family issue. I don't want to pay more taxes so that other people can send their kids to childcare
C
cat 2 months ago

Reply
Upvote
@sarah  free childcare is the single easiest and most impactful way to grow the economy and prevent women retiring into poverty and needing government pensions. Its just a really good idea no matter whether you have children or not (I dont), and theres no suggestion that we need to raise taxes to do it. It literally pays for itself.
S
simple simon 2 months ago

Reply
Upvote
1 upvotes
@cat i don't have children either, but i still believe the government should provide free childcare.
And government childcare rebates are a scam. Much like home sellers, private childcare providers are businesses, any government rebates/grants just result in increased prices.
Y
yeahyepyes 2 months ago

Reply
Upvote
2 upvotes
Ugh! God help us all if the greens were to hold the balance of power. It's never free! Someone has to pay for it!!
B
bowerbird 2 months ago

Reply
Upvote
4 upvotes
@yeahyepyes we do pay for it, in our taxes and other revenues from business. The more productive we can be, the more tax we pay and the more business can generate in revenue (thus also paying more taxes).  Taxes are there to lift everyone to a better standard of living, it’s not something to be scared of and if we look to Scandinavian countries they have slightly higher taxes but more public services (for all).
Also, governments who print their own money don’t have to balance books and will always run at a slight deficit. If we want a Margaret Thatcher government who treats government spending like a household, then we’d end up in a situation where poor people get poorer and the wealthy use their own assets to get ahead.
Scare campaigning on taxes always seems to frazzle people, but it shouldn’t.
M
mamamia-user-680043716 2 months ago

Reply
Upvote
1 upvotes
@yeahyepyes It's unfortunate that you have no basic understanding of how our society and taxes work. Quick lesson - the more people who have their children in daycare, the more people there are able to work, earn an income and pay income tax. That income tax MORE than pays for the childcare, and a range of other services to society, like medicare. Where does anyone say it's free as in not paid for? They don't, it has been fully costed. When you make statements like this, you make yourself look very foolish, but it's more disappointing that you choose not to educate yourself on the matter and instead be a misinformed keyboard warrior.
L
laura__palmer 2 months ago

Reply
Upvote
1 upvotes
@yeahyepyes The best outcome for lower and middle-income earners is a Labor/Green minority government that works together. Governments should work for the people, using public funds to make our lives better, not as it is at the moment, where the poor cannot get ahead and the rich just get more tax breaks and obtain more wealth.
S
snorks 2 months ago