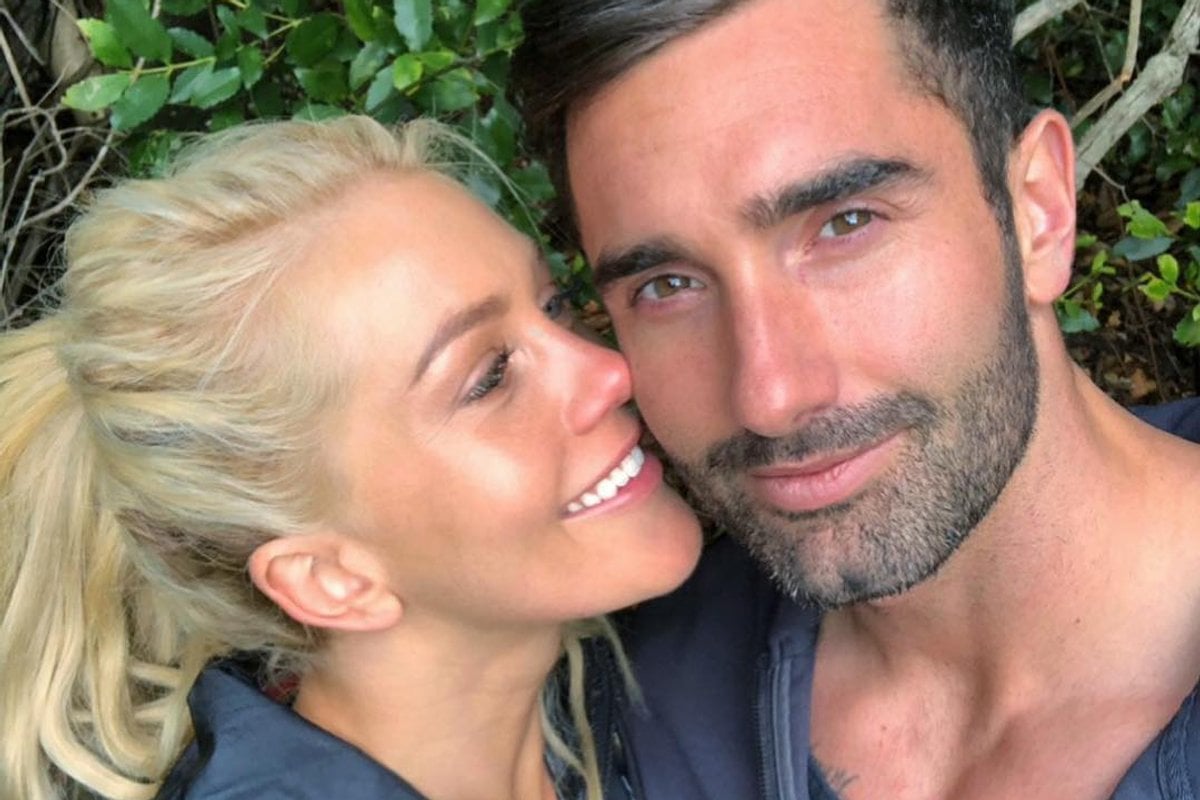 1. “You can’t help but not check their Instagram.” Ali Oetjen talks about how she finally got over her all-consuming breakup with Taite.

It's been four months since Ali Oetjen announced her split from Bachelorette winner Taite Radley.

Now the 34-year-old has shared how she eventually got over her breakup from the personal trainer.

Speaking to Nova's How To… Life podcast, Ali said that she wasn't worried about appearing on SAS Australia because she was too busy thinking about her recent split.

"I didn’t really get nervous before SAS because I was just consumed with the breakup. So I wasn’t stressing about it, I just thought: 'Throw me off a helicopter, do whatever'," she said.

Ali also explained that she had to stop herself from looking at her ex-boyfriend's Instagram to help her get over it. And yeah, we can relate.

"You can’t help but not check their Instagram," she said.

"I can definitely say that I have stopped checking his Instagram because I found that was a pattern as well that I had to break."

She went on to say that the pair have officially stopped all communication with each other.

"It’s really hard because it was evident at the start [of the breakup] that we both really didn’t want to fully let go."

"So there was texting and phone calls and then the texting dropped off. I realised every time we would have a text, the next day I would just be in pieces."

"It really actually scares me now. You think something's it and then it doesn't turn out to be what you were hoping, even throughout the relationship."

Here's hoping Ali finds the one for her.

2. Scooter Braun just sold Taylor Swift’s master records for $410 million, and you can bet there will be songs written about this f**kery.

Taylor Swift has given fans an update on the whole Scooter Braun situation. And sadly, things haven't been going too well.

The 30-year-old shared a note on Twitter earlier today, explaining that she tried to purchase the rights to her old music catalog but it ended up being sold to a private equity company called Shamrock Holdings without her knowledge.

"Been getting a lot of questions about the recent sale of my old masters. I hope this clears things up," she started the post.

"As you know, for the past year I've been actively trying to regain ownership of my masters recordings. With that goal in mind, my team attempted to enter into negotiations with Scooter Braun."

She went on to say that Braun wanted her to sign an "ironclad" NDA stopping her from saying anything negative about him.

"Scooter's team wanted my to sign an ironclad NDA stating I would never say another word about Scooter Braun unless it was positive, before we could even look at the financial records of BMLG (which is always the first step in a purchase of this nature). So, I would have to sign a document that would silence me forever before I could even have a chance to bid on my own work."

The singer then claimed that her masters were sold without her knowledge to Shamrock Holdings, who wrote her a letter to let her know about the sale.

"This was the second time my music had been sold without my knowledge. The letter told me that they wanted to reach out before the sale to let me know, but that Scooter Braun had required that they make no contact with me or my team, or the deal would be off."

She also attached the letter she sent to Shamrock after they wrote to her.

Been getting a lot of questions about the recent sale of my old masters. I hope this clears things up. pic.twitter.com/sscKXp2ibD

But it's not all bad news. Swift also shared that she's started re-recording her older music, which she says has been "both exciting and creatively fulfilling".

"I have plenty of surprises in store. I want to thank you guys for supporting me through this ongoing saga, and I can't wait for you to hear what I've been dreaming up."

3. Tess from The Block talks candidly about her pregnancy struggles.

On Sunday, the winners of The Block 2019, Tess and Luke Struber announced that they were expecting their first child together in April 2021.

Two days later, Tess answered various questions on her Instagram story, including one that asked how her pregnancy has been going so far.

"I was pretty sick! From about six weeks to 13 weeks: nausea, migraines, nosebleeds and a little bit of vomiting," the 28-year-old shared.

Tess then explained the various natural remedies that helped with the pregnancy symptoms.

"I drank ginger tea and took ginger tablets, which helped. I force fed myself small meals throughout the day and kept my food really simple."

"There isn't a lot you can do unfortunately but keep drinking water," she added.

Tess and Luke celebrated their two-year wedding anniversary in October. This will be their first child together.

4. Kylie Minogue speaks about life with her boyfriend for the first time in, well, ever.

Aussie queen of pop, Kylie Minogue, has just spoken about her life with her boyfriend, Paul Solomons, in what feels like the first time ever.

The 52-year-old singer - who's been dating the GQ creative director for two years now - sat down with the Daily Telegraph's Chief Entertainment Writer Jonathon Moran on the podcast, JMO Confidential, and shared how the couple met and how they've been coping in UK lockdown together.

During the interview, Minogue explained that she wasn't interested in meeting Solomons at first. But after her friend persisted, he arrived at the bar she was in.

"One day, we went to the bar and my friend said, 'right, I'm calling him now'," she explained.

And thank goodness he did.

The singer then explained that during COVID-19 lockdown, she and Solomons have loved cooking together.

"I am no Nigella Lawson, that is for sure," she said. "I keep it simple. The kitchen is the heart of the home."

One dish the couple love cooking together is their own version of Rockpool Bar and Grill's spanner crab and semolina noodles.

"We do our version, which has no spanner crab and no semolina noodles. It is just regular crab in the UK because we don't get spanner crab here, prawns and linguine."

"That takes us hours, no joke. We have kind of adapted it, which I think is one of the great things about cooking, follow your nose and do whatever. You kind of can't mess it up really," she added.

5. "Did I threaten to hurt you?" Yesterday, Delta Goodrem's stalker interrogated her in court.

"I honestly love you Delta, my soulmate forever."

"Please come down and meet me."

These were just some of the hundreds of Instagram messages Delta Goodrem received from a stalker in February.

On Valentine's Day, James Joseph Lafferty showed up at Delta Goodrem’s Sydney apartment building with a handful of gifts. 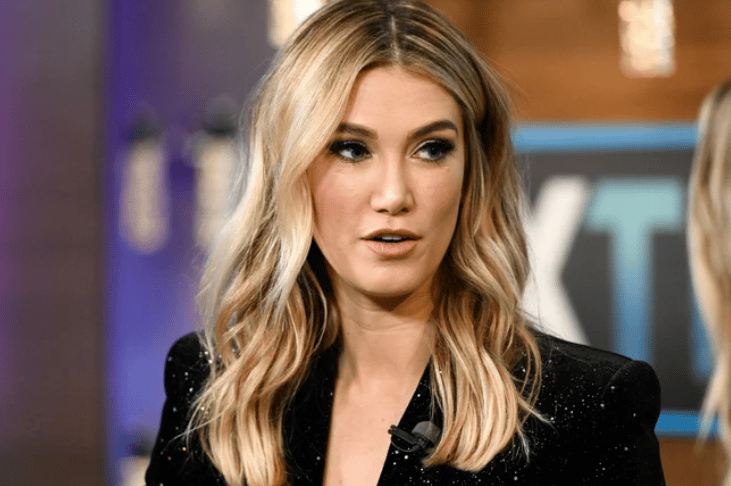 When Goodrem headed downstairs to the concierge desk to collect a dress, Lafferty tried to get her attention by calling her name, leading Goodrem to head back upstairs to her apartment.

But after failing to get Goodrem's attention, Lafferty didn't stop there.

After continuing to message the singer, begging her to come down and meet him, the 47-year-old man attempted to leave Valentine's Day gifts at the concierge for Goodrem.

Once the concierge notified Goodrem about Lafferty wanting to leave gifts behind for her, Goodrem noticed that the man had been flooding her Instagram inbox with a series of bizarre messages.

"I haven't used heroin in years, and thanks to you having me kicked out of Castle Hill, that's when I started again," one message read, according to news.com.au.

"James loves you Delta!" another read.

After alerting police, Lafferty was arrested and told to leave the apartment complex.

A magistrate granted Lafferty bail, telling him to stay away from Goodrem's apartment block.