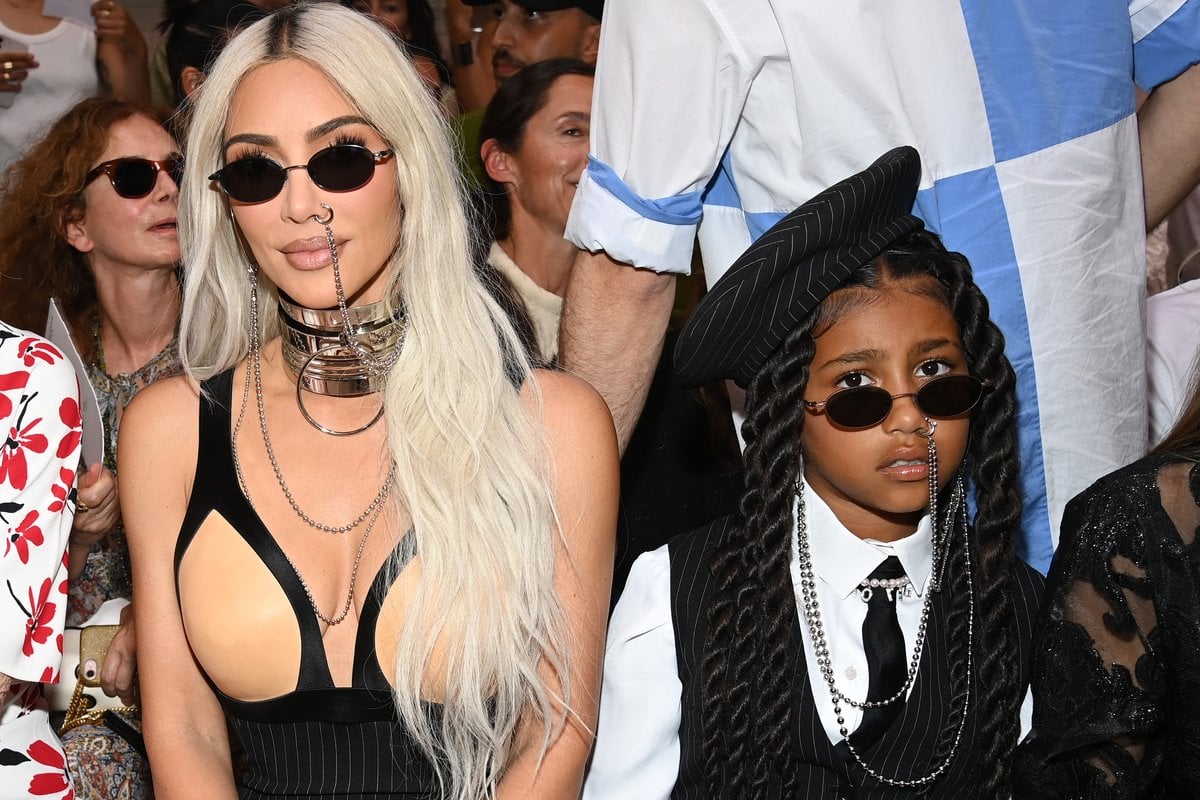 Over 15 years and dozens of seasons, we have watched the Kardashian/Jenner family change. And there's been plenty of new additions and arrivals!

As many of the kids get older, their presence on their parent's social media has grown too. Just this week Kim Kardashian and Kanye West's eldest daughter North stole the show at Paris Haute Couture Fashion Week.

There are 11 grandkids in total, and it seems these kids are just as popular as their famous parents, with many of them featuring a bit more on the new show The Kardashians.

Yep - it's been over a decade since the first Kardashian baby. Mason is the first child of Kourtney Kardashian and her ex-partner Scott Disick, and he made his first appearance in KUWTK's season four finale and continued to make appearances ever since.

The second child of Kourtney and Scott, Penelope or 'P' is now 10 years old. Her birth was documented on the reality show, with Kourtney allowing the show to film her in labour.

Penelope is often captured on social media with her cousin North West, who the Kardashian family describe as her 'bestie'.

In an Instagram post, Kourtney wrote, "This little lady... there really are no words to express. I am in awe of everything about her, her thoughtfulness, her heart, her beauty inside and out, the way she takes care of people. Feeling so thankful to God for blessing me with her."

At just nine years old, Kim Kardashian and Kanye West's first child has covered magazines, walked runways and even performed her own song at a Yeezy fashion show - proving herself to be quite the entrepreneur in a few short years.

And this week, North and her mum jetted off to Paris Haute Couture Fashion Week. But it appears North is not a fan of the intense paparazzi culture that follows her family's every move.

For anyone who knows North knows how funny she finds this video! North I guess had it with the people taking pictures of her so she wrote on her invite STOP and held it up and wanted them to just focus on the show… 😂🫶🏼🫣 pic.twitter.com/29F26ooy8A

While watching the Paul Gaultier show, North slowly raised a sign at photographers that read: "STOP".

As Kim wrote on Twitter: "North, I guess, had it with the people taking pictures of her so she wrote on her invite 'STOP; and held it up and wanted them to just focus on the show."

Earlier in the week, North complained to a group of paparazzi while leaving a restaurant with her mother. "Why do you have to wait for us all the time?" she asked.

Reign is the youngest child of Kourtney and Scott. As well as making some appearances on their show The Kardashians, he's also had a few scene-stealing moments on social media - most notably when he had his signature long locks shaved.

"I am not OK," Kourtney wrote on Instagram post-makeover.

And this month, Reign decided to get a mohawk!

Saint is the second child of Kim and Kanye. While he's only made small appearances in the public eye, Kim sometimes posts pictures of him on her social media accounts.

In a recent post she shared, "My baby Saint turns five today. One of my life's soul mates. Every year I interview my kids and ask them the same exact questions about life. Saint - I can't wait to see how you've grown and how you answer these questions as a five-year-old and show them to you when you're big."

Dream Kardashian is the daughter of Rob Kardashian and model/rapper Blac Chyna.

The pregnancy was documented on the reality show, with the pair getting engaged while Chyna was expecting. However, the couple split in 2017, shortly after Dream was born. Chyna and Rob have since had a major falling out, with viral tweets and a lawsuit.

Dream has an older half-brother named King Cairo Stevenson, who Blac Chyna shares with rapper Tyga. Given Dream is a similar age to some of the other Kardashian grandkids, Khloe has said Dream has lots of close friendships with her cousins, with some of them all part of the same dance group.

Kim and Kanye welcomed their third child via surrogate in 2018 - a girl named Chicago.

The reality star has spoken publicly about her struggle to carry another baby - suffering from a placenta accreta during the births of North and Saint.

Chicago is named after the city Kanye West was raised, and as a tribute to his mother Donda.

In previous interviews, Kim has said Chicago loves a bit of sparkle and the colour pink.

With Chicago celebrating her fourth birthday recently, Kim said on Instagram: "My independent baby girl twin. You are the most lovable huggable snuggable baby girl on the planet. The ultimate princess! I can't wait to celebrate with all of the Barbies and LOL Dolls a girl could dream of lol. You really have brought so much joy into our family and I love you so much!"

Kylie Jenner famously kept her entire pregnancy and birth of Stormi Webster - who she shares with Travis Scott (real name Jacques Webster) - out of the public eye.

After the birth of Stormi, the makeup mogul took to social media to write to her fans. "I'm sorry for keeping you in the dark through all the assumptions. I understand you're used to me bringing you along on all my journeys. My pregnancy was one I chose not to do in front of the world."

A post shared by Kylie Baby by Kylie Jenner (@kyliebaby)

While Khloe kept a pretty low profile during her pregnancy, her longtime ex-boyfriend's alleged cheating scandal came about days before the birth of her daughter.

Psalm West is one of the youngest members of the extended family and is Kim and Kanye's fourth child. Like older sister Chicago, he was also born via surrogate.

After the birth of Psalm, Kim wrote: "With the arrival of our fourth child. We are blessed beyond measure. We have everything we need."

Kylie and Travis welcomed their second child together in February 2022.

As of yet, they have not publicly revealed their son's name, originally opting for Wolf Webster, but later announcing the name didn't feel right so they have gone for something different. 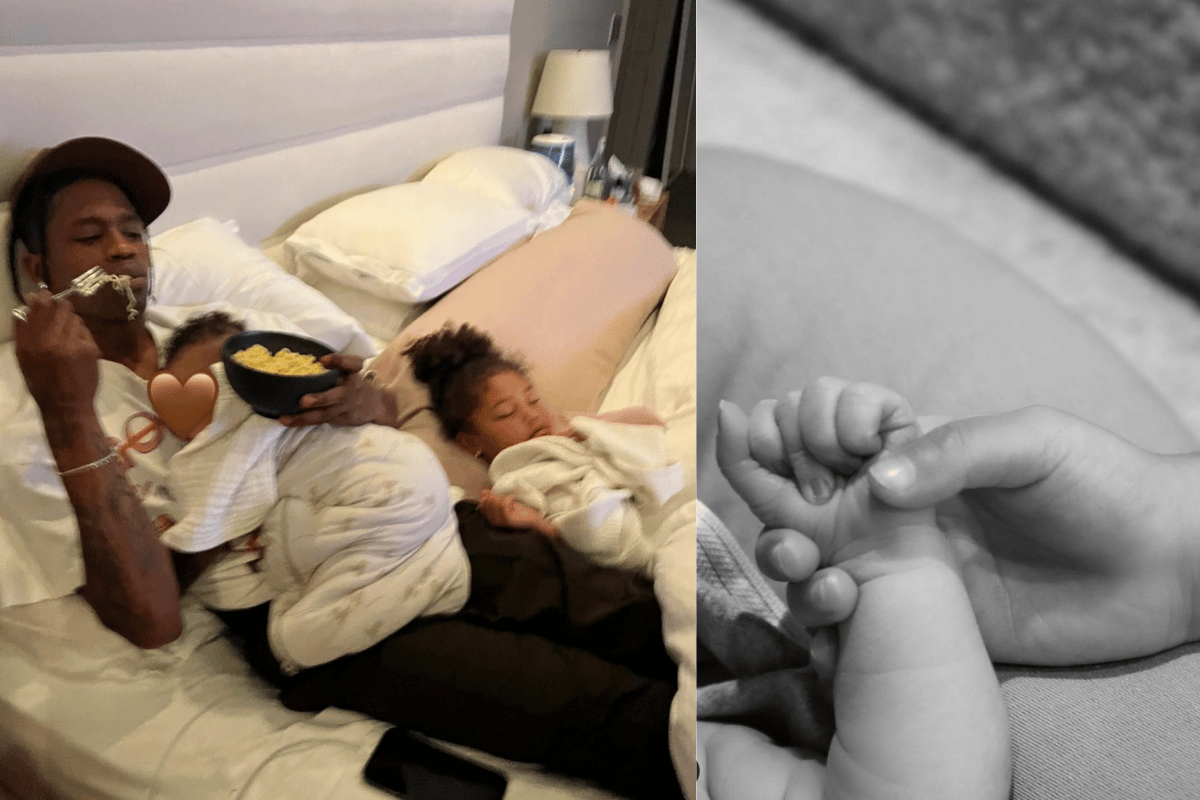 They're children. Why are we even talking about what they look like? Just because their parents are dangling them in front of the media doesn't mean we need to enable them further by breeding an interest in what these poor kids look like.
L
laura__palmer a month ago

Reply
Upvote
"North complained to a group of paparazzi while leaving a restaurant with her mother. "Why do you have to wait for us all the time?" she asked." Because your mother set her life up like that.
C
cat a month ago

Reply
Upvote
@laura__palmer paparazzi should stay away from children. Kim set up her life, North didn't get a choice. Those photographers are making their income by photographing kid against their will & its gross.
L
laura__palmer a month ago

Reply
Upvote
1 upvotes
@cat yeah they should, but they don’t. And this woman uses her kids for publicity, she set up her life, and her kids, to be public. They wait because Kim wants them to wait. So please don’t pretend this mother is just some innocent bystander who hasn’t tipped off these photographers to where she’s going to be.
C
cat a month ago