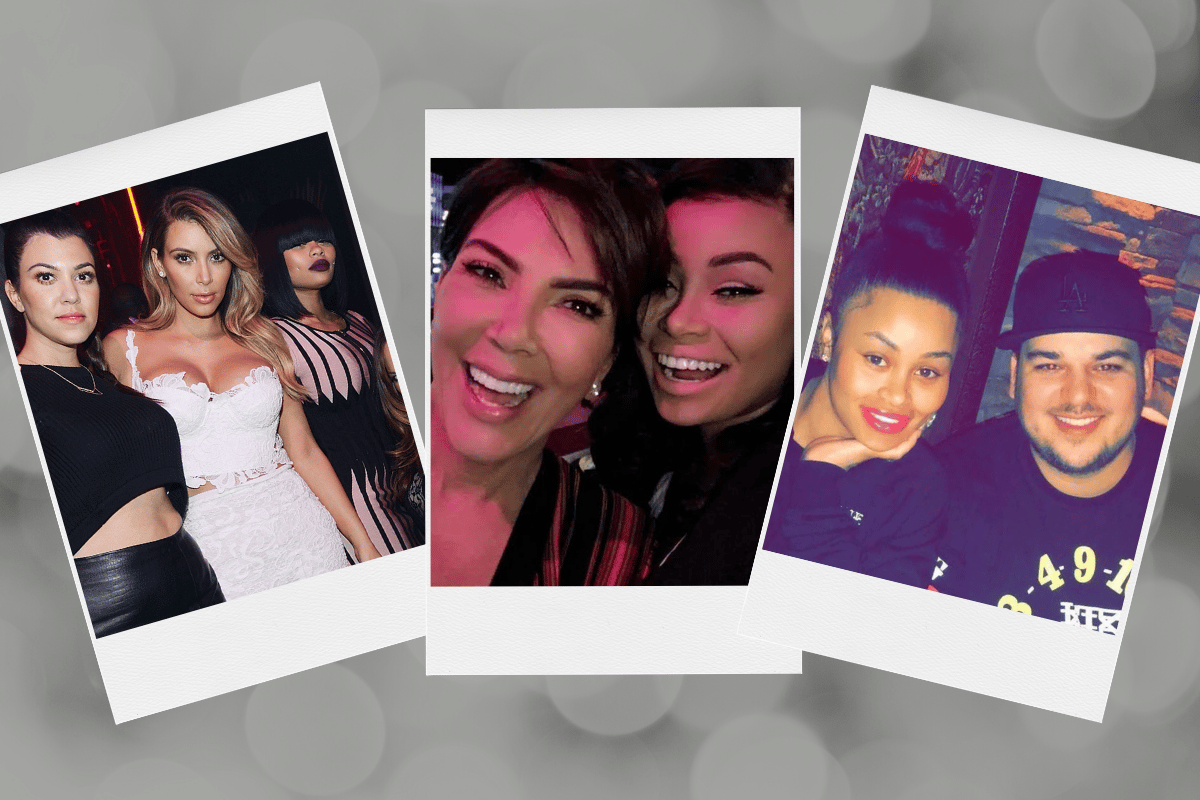 Believe it or not, there was once a time where Blac Chyna was friends with the Kardashian family.

However, that story does not have a happy ending - in fact it has wrapped up with illegal image sharing, lawsuits, and a very public breakdown and breakup.

Watch Rob Kardashian and Blac Chyna reveal the sex of their baby. Post continues after video.

As private as Rob Kardashian may be, last month he brought up some very personal grievances with his on-again off-again partner, Blac Chyna. And this has all bubbled up because of the lawsuit between Blac Chyna the Kardashian family.

Here is a breakdown of the intense eight-year-long fallout that neither Chyna nor the Kardashians can seem to get over.

Why are the Kardashians fighting with Blac Chyna?

It all goes back to 2014, when rumours broke that Kylie Jenner had started dating rapper Tyga - who was the previous partner of Blac Chyna and the father of their son, now nine-year-old King.

At the time, Chyna was quite close with Kim Kardashian, with the two often taking selfies together. But that friendship went cold when Chyna's relationship ended with Tyga, and the rapper moved in with Kylie.

While Chyna maintains the rapper did not cheat on her with the then 17-year-old Jenner, she did publicly say the teen star "expedited" their breakup. 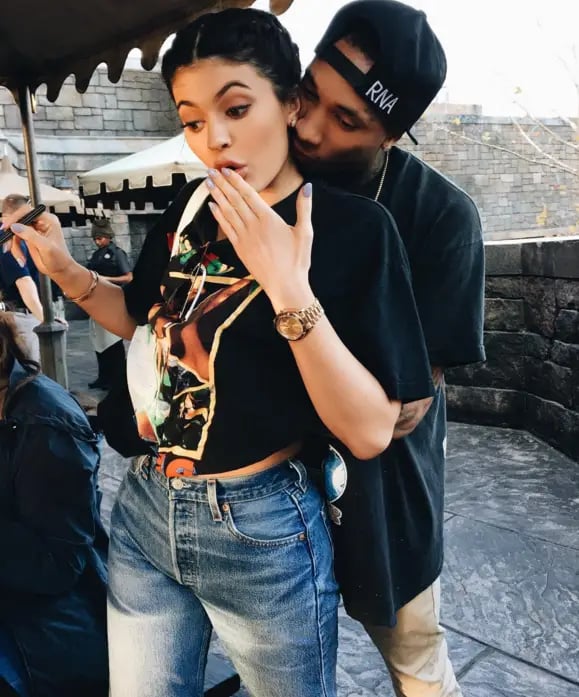 While Kylie and Tyga's relationship was getting pretty serious, reports began cropping up about Chyna making jabs at the couple. The conflict did not go down well with big sisters Khloé and Kim.

Not too long after, in January 2016, Chyna and the only son of Kris Jenner and Robert Kardashian, Rob, went public with their relationship.

During their time together, they had one child, named Dream, and one reality show, named Rob & Chyna. The couple ended their relationship in July 2017 - but the breakup was far from clean cut.

What happened between Rob Kardashian and Blac Chyna?

So, the pair initially first met in 2011 at Kendall Jenner's Sweet 16, but did not begin a relationship 'publicly' until 2016. Considering the timeline of Tyga and Kylie's relationship, it's safe to say that it was all messy from the beginning.

"Rob has fallen hard for Blac Chyna. She makes him super happy, and this is the first time that he’s felt so optimistic about life in years," a source told People at the time.

"For the first time in forever, Rob seems very excited about the future."

While the rest of the family didn't exactly approve of the relationship, there was clearly nothing that could be said to dissuade Rob from proposing to Chyna just 10 weeks into dating.

Then, the couple announced they were expecting just a month after the proposal.

It was a turning point for the entire family, with Kris telling People in July 2016 that her son was going "back to being the old Rob". 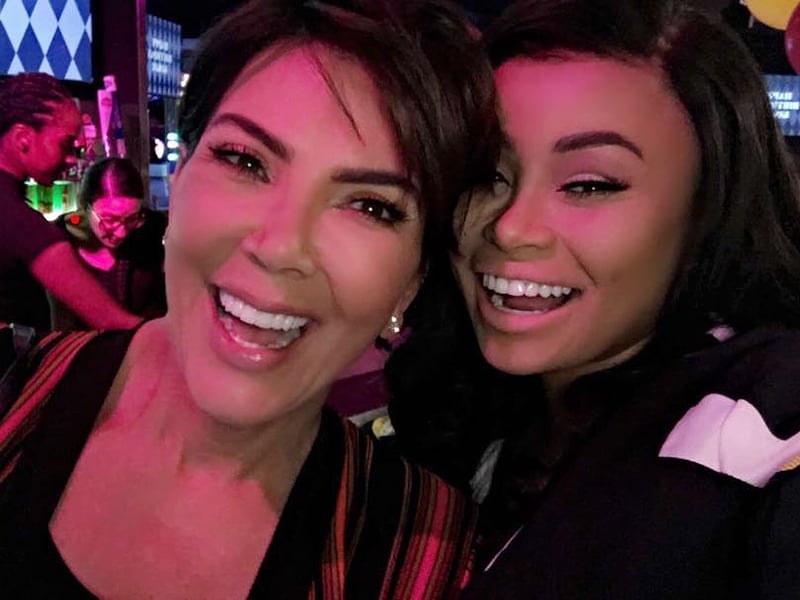 Any beef Chyna may have had with Kylie appeared to be squashed, all thanks to one selfie that went viral.

"We've been best friends the whole time," the reality star wrote on the caption of a photo of her and Chyna posing together. 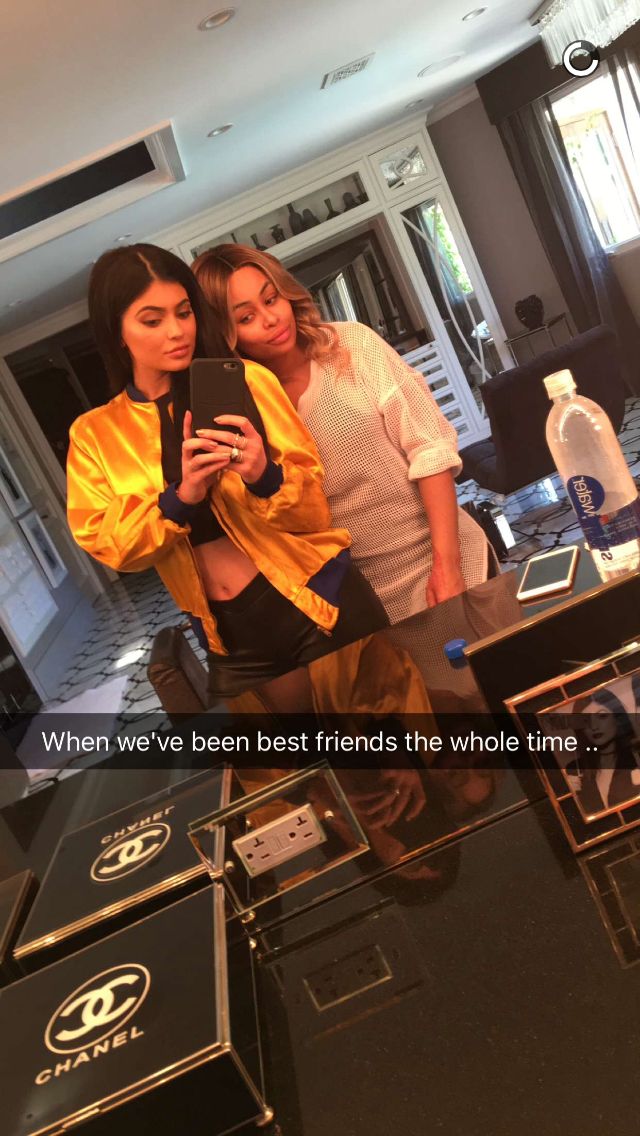 Sadly, the honeymoon phase between the Kardashians and Blac Chyna wouldn't last much longer, and the family would shortly be catapulted into a dramatic and legally questionable series of events.

Just a month after the birth of their daughter, Dream, Chyna's social media accounts were reportedly hacked and taken down. At the same time, she was fighting vicious rumours that she was cheating on Rob.

That weekend, Rob filmed a video clip of the inside of their empty home, claiming his fiancée had "[taken] the baby, [and taken] the whole nursery [they] built".

But in January - almost two months after appearing to break up - it was reported the pair were officially back together.

Then, in July 2017, Rob leaked nude images of his partner, who claimed in a rage that she was not only unfaithful but also had an unhealthy relationship with drugs and alcohol.

To add, he shared a clip of Chyna allegedly kissing another man in the bed she shared with Rob. It is a clip that Rob claims was sent to him. 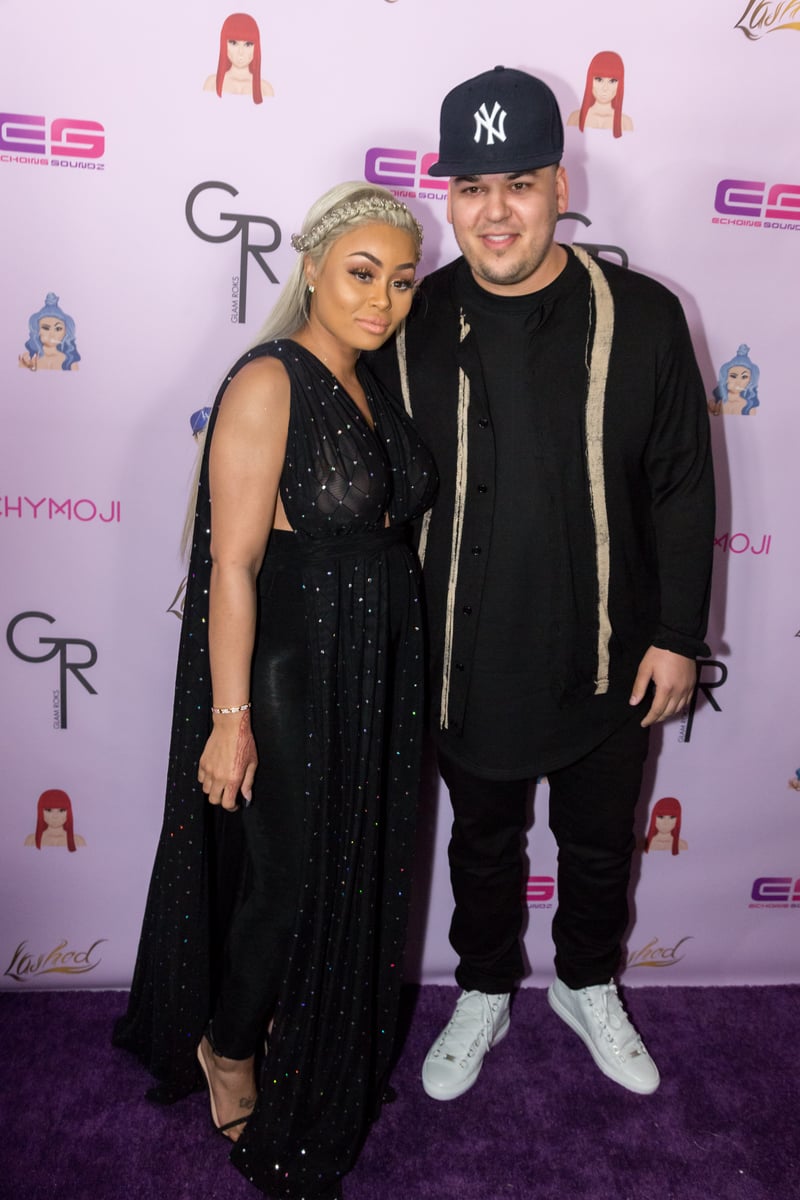 Days after the interview aired, she appeared in court and was granted a temporary restraining order against Rob.

While speaking to reporters, Chyna shared that she and Rob were attempting to work out a co-parenting arrangement which suited them both. She went on to say that Rob had been a "fantastic father".

Sadly, the drama didn't stop there as in September 2017, Rob filed a lawsuit against Chyna for attempting to choke him with an iPhone cord.

The pair have managed a successful co-parenting relationship for the last three years. However, it was revealed that Chyna was struggling to afford her lifestyle in a set of viral tweets.

"Yesterday, I had to give up three of my cars… my reasons… my morals, beliefs, being a single mother, no support I’m a MAMA," she wrote in a tweet.

In another, she wrote: "Single no support child support."

The viral posts were then shared on to Instagram, and when Rob and Tyga caught wind of it, they left their own responses.

Rob wrote: "I pay 37k a year for my daughter’s school. I handle every single medical expense. I pay for all her extracurricular activities. I have my daughter from Tuesday-Saturday. Why would I pay child support lol."

Tyga had his own response about the comments, writing: "I pay 40k a year for my son school & he lives w me mon- sat. Why would I pay child support lol."

Blac Chyna's lawsuit against the Kardashians.

Last month, Chyna shared a statement to Twitter about the upcoming lawsuit held against some members of the Kardashian family.

"I plan to re-focus my attention on my trial against Kris Jenner and her daughters Kim, Khloé, and Kylie which starts in 13 days," she wrote. "When they got my No. 1 hit show killed back in January 2017, that not only hurt me financially and emotionally, that hurt my beautiful KIDS."

She went on to write: "I'm taking them to court to stand up for my legal rights and to be an example to my kids that 'what's right is right, what's wrong is wrong.' And what they did was so wrong. I am so thankful that a jury will finally listen to what really happened behind closed doors — the lies that were told and the damage that was done."

"At the end of the trial, I'm going to be able to proudly tell King and Dream that I did everything I could to right the wrong that was done to me. And that, in life, it is my hope that they will be able to stand up for themselves when it matters too. Peace and Love to you all. Angela."

The mother claimed in her lawsuit, which dates all the way back to 2017, that Rob leaking her nudes during a social media rampage, forced her to suffer "significant damages".

She also alleges that her TV show with Rob was cancelled solely due to the influence of the Kardashian family.

"Rob Kardashian is an abuser intent on destroying Angela White, the mother of his baby, who left him in 2016," the complaint stated.

"In revenge, the Kardashian-Jenner family became media predators, sl*t-shaming her on social media and killing her hit television show, which had already begun filming a second season."

A little over a month later, it was revealed the Kardashian-Jenner family had successfully won the lawsuit brought against them by Chyna.

Chyna had claimed the reality stars had convinced TV bosses to cancel her show, Rob & Chyna, and intentionally ruined her career in the process.

The case, which was worth a reported US $100 million, ruled in favour of the famous family, with no damages awarded.

In short, Chyna will not get a cent from the family.

A jury found that none of the accused had actually defamed Chyna, but had acted in "bad faith".

Chyna had claimed her "No. 1 hit show" had been cancelled after Rob's family lied to TV bosses that she had violently attacked him.

Jurors found the Kardashians or Jenners were not justified in airing Chyna's abuse allegations, but concluded that it had no actual impact on Chyna's contract or the show not being renewed.

Kim Kardashian, Kris Jenner, Kylie Jenner and Khloé Kardashian had all taken the stand at various points throughout the nine-day-long trial.

When the verdict of the trial was read out, the Kardashian-Jenner clan were in New York for the 2022 Met Gala.