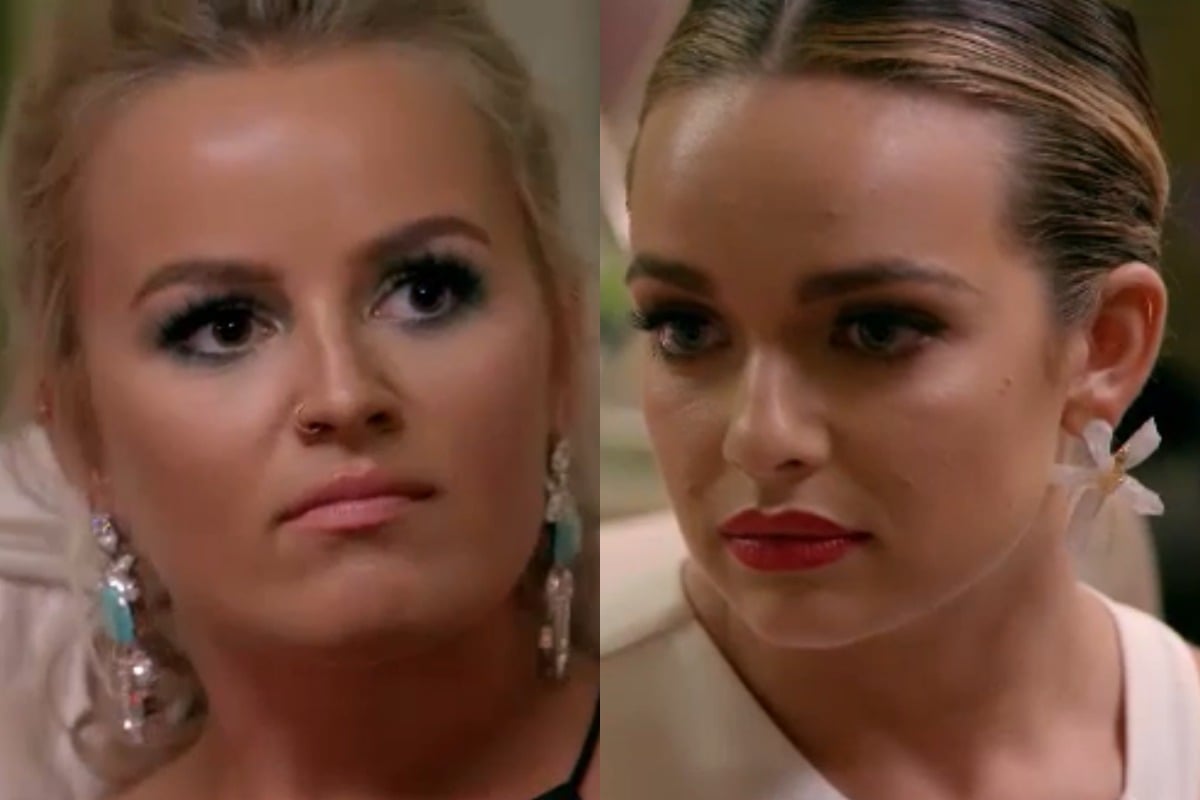 Osher ain’t got no time for bullsh*t tonight.

We open on Helena meeting Matt for a single date.

Matt is a bit concerned that Helena is not 100 per cent dedicated to producing the spawn of his loins within the next six days, so he asks her to literally map out the next 10 years of her life while Osher whips him a giant clock and giggles.

Helena is understandably confused by this display and tries to do a runaway but a producer convinces her it’s worth staying for the Instagram followers.

As punishment for tryin' to do a runaway, Helena is forced to sit in a bath in front of a giant moon, while Matt makes moon puns. They then kiss and SWEET JESUS no one needs to... hear that. Kissing is a secret activity that should only be done in a locked, sound proof room.

It's group date time and Osher's got a surprise.

Glasses Matt is back and it's glorious.

Anywho, it's that wonderful time of the year when Oshie makes the contestants face their total lack of artistic ability on national telly.

This time it involves a drag queen who may or may not just be Osher in drag.

The women are tasked with painting their "inner drag queens" but instead they decide to draw the actual demon I see floating above my bed at night when I experience sleep paralysis.

Chelsea freaks out and gets some advice from Drag Osher.

The women then present their finished artworks to Matt and SWEET JESUS this was not what Drag Osher specifically asked for. It's cocktail party time and Abbie's got some sh*t to stir.

She tells the rest of the girls that she's very anxious because this is the first time she's gone into a rose ceremony without a rose and that's hard for her.

The women agree that Elly should be the first one to chat to Matt when he arrives because Abbie got some raspberries last night and also got to chat to a nice young man in glasses.

HOWEVER, Abbie has other plans. She grabs Matt first, steals his jacket, sells it on the black market, and splits the profits with Osher.

Elly goes over and asks Matt for a chat and tells him about Abbie's lyin' ways.

Matt is confused because little Matt really likes Abbie but everyone else thinks she's the actual devil.

Listen to the Mamamia crew recap this week's episodes of The Bachelor. Post continues after audio.

Elly tells Abbie she should be more considerate of other people but Abbie says she shan't because she's literally just here for the free raspberries and the occasional chats with the science nerd.

Osher is whispering dramatically because he hasn't had enough airtime tonight.

Matt gives his final rose to Abbie and Kristen seems genuinely shocked that she doesn't receive one and also that she's not actually... Chinese.

Nonetheless, she leaves the mansion very excited to continue her important work of teaching millions of Chinese people about their own culture. ¯\_(ツ)_/¯ 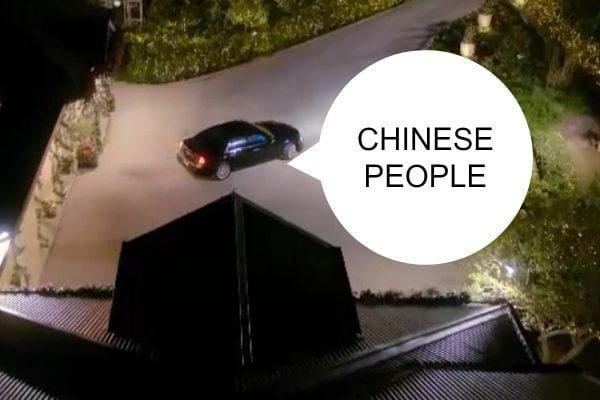 We shall miss her truly baffling form of cultural appropriation.

These reality shows are carefully cut and crafted to manipulate people into stereotypes.
Surely most people can see through the bull producers are presenting as 'reality'.

It appears to me that the girls are scared that Abbie will WIN. The show is about winning with the prize being a chance to spend time in the real world really getting to know each other. So much editing is done Abbie may be being honest with Matt and playing games with the girls. Who knows, but the editing makes a bit of a farce of the whole show. It doesn't matter really who WINS the final girls all have good qualities. PS Ellie is playing her own game so pot calling kettle...