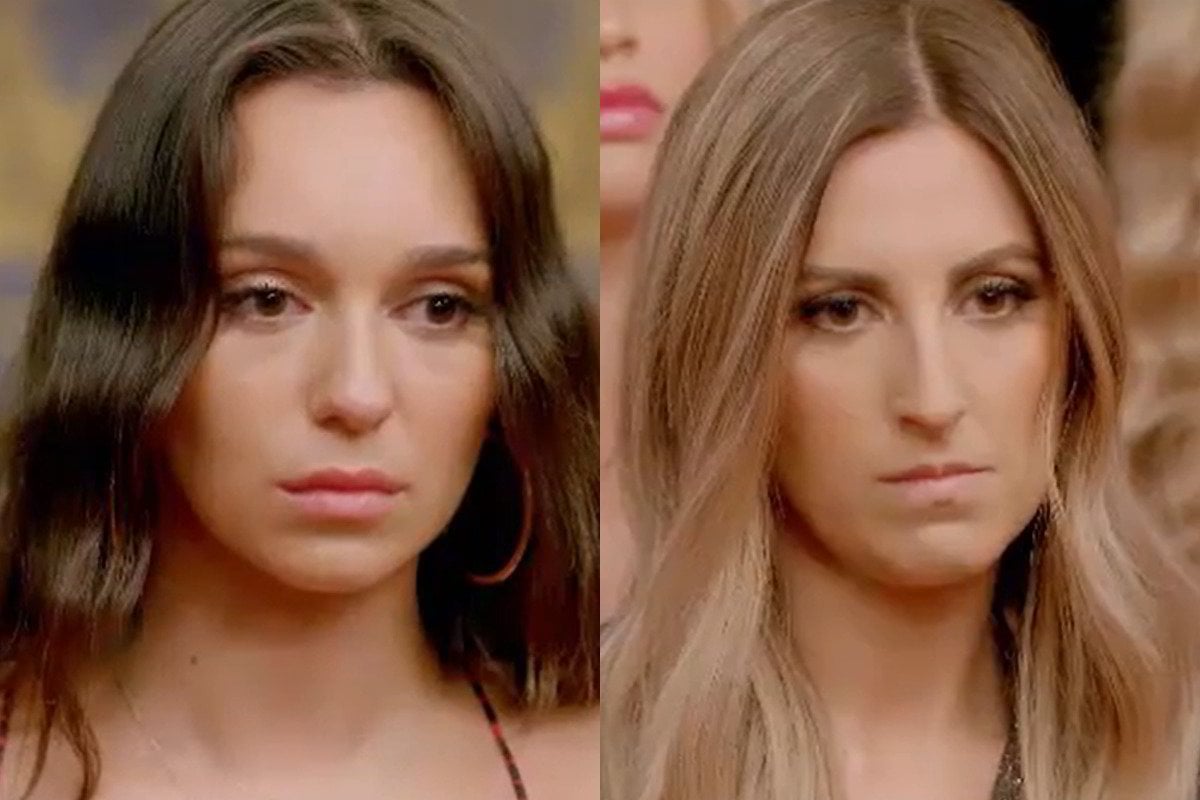 We open on the group date where Locky is explaining he'd like to touch the women a lil bit.

A woman who has built a business on people touching each other explains that each of the women will get the chance to touch Locky and leave their mark on him.

Locky and his... penis... are blindfolded and waiting in a room. 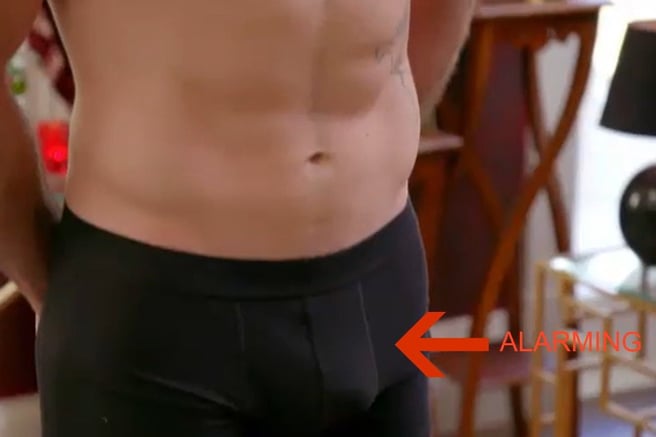 THIS BE PRIME TIME TV. 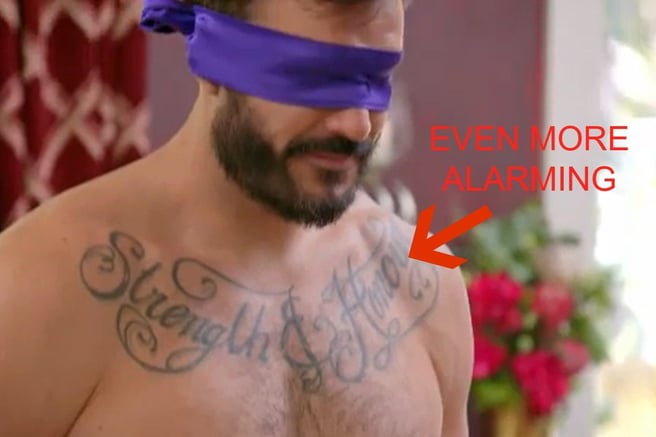 THIS NEEDS A TRIGGER WARNING.

Kaitlyn is up first and she touches the tall, weirdly-tattooed body and then kisses Locky on the neck.

Locky says it's been a long time in lockdown and that's the first touch he's had in a while and sir pls, every single woman in the greater Perth area begs to differ.

A few of the other women have a lil touchy touch and then Bella enters. She leaves a kiss on Locky's heart.

The women are sitting around having a #sponsored ice cream when Irena joins the group; she tells them she painted a heart on Locky's chest and Bella be fuming.

Meanwhile, Steph decides to just mack on with the blindfolded man to leave her mark.

Steph gets the alone time while Bella chucks a tanty about that time Irena drew a heart in the proximity of her kiss on Locky's chest.

Locky and Steph have an awkward little date, and she doesn't get a rose.

The next morning, the women are sitting around the mansion talking about their shared boyfriend. Juliette is annoyed that she's been spending her time texting Locky when she could be texting other boys and... true.

Locky turns up with a Kombi van and some bikes and says he's taking Irena on a single date because she enjoys hiking and other "outdoor activities".

Meanwhile, Bella is calling bullsh*t on Irena's "adventurous" personality. She'd liked some evidence of that 37km hike Irena once allegedly went on and she's questioning whether Irena even owns anything from Kathmandu. 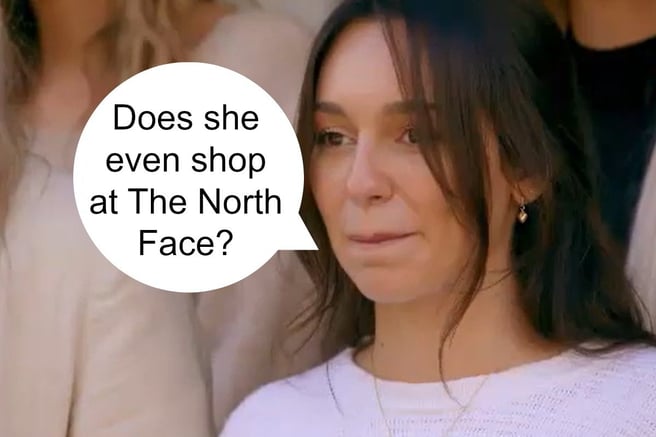 WHEN WAS THE LAST TIME SHE STOOD ON A CLIFF AND HAD A THINK?

Locky and Irena go for a ride up a mountain which seems like a punishment rather than a reward but ok.

Then they lie in a tent and kiss.

Back at the mansion, the other women are growing increasingly concerned as Bella continues to sprout her #HikeGate theories.

Later, Locky and Irena sit on a feelings couch in front of a campfire and Irena tells Locky she's fallen completely in love with him.

In return he gives her a rose.

It's the next morning and Izzy is going on a surprise date with Locky.

They walk around a warehouse and ask each other a series of questions like Bali Y/N and Babies Y/N.

Juliette takes Locky for a chat and asks him whether he UNDERSTANDS that she's been ignoring DMs from people IN LA for HIM.

Doesn't he understand that a young thug and some chainsmokers and also a kid with four million followers on TikTok want to talk to her?

HAS HE EVEN THOUGHT ABOUT THE RAPPERS?

She says if that's too confronting for Locky then he should just get rid of her because she has DMs to get back to. 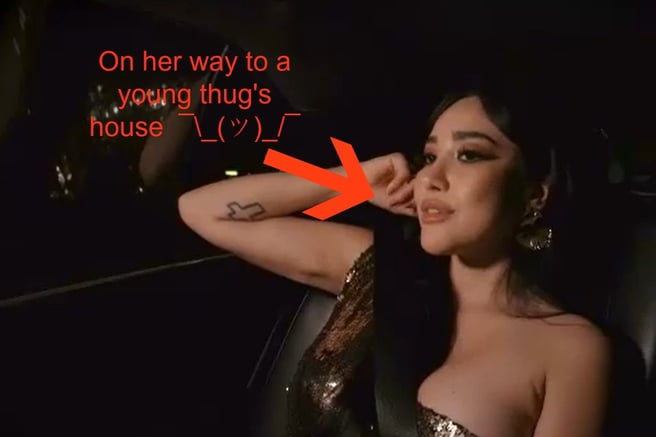 GONNA SLIP INTO THE TIKTOKS.

Back at the cocktail party, Bella starts crying because Irena is still lying about going on hikes, apparently.

She grabs Locky to tell him about Irena's long history of lying about walking-based exercise.

Locky is slightly terrified, and he's wondering whether Bella has been possessed by the spirit of Rhonda/Roxi.

Kaitlyn gets a rose.

Then Locky asks to speak to Bella for a moment.

He tells her he saw another side of her tonight i.e. the side where she thinks Irena has been lying about going on hikes and liking the great outdoors etc, etc. 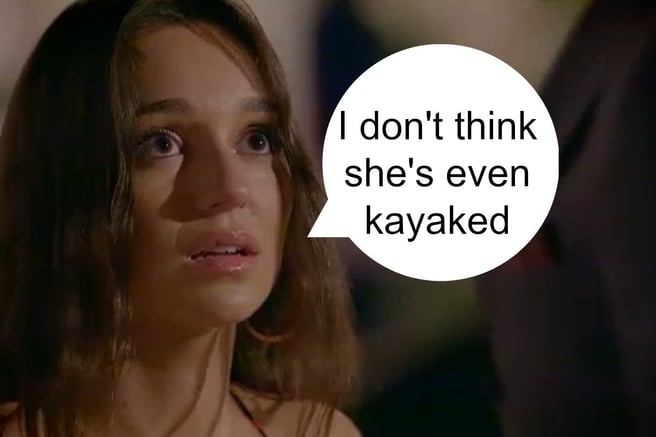 DOES SHE EVEN OWN A PUFFER VEST?

They go back inside, and Bella receives a rose.

Steph and Izzy do not receive a rose.

They go home and start working on their rebrand for Bachelor in Paradise.

D
davidc a year ago