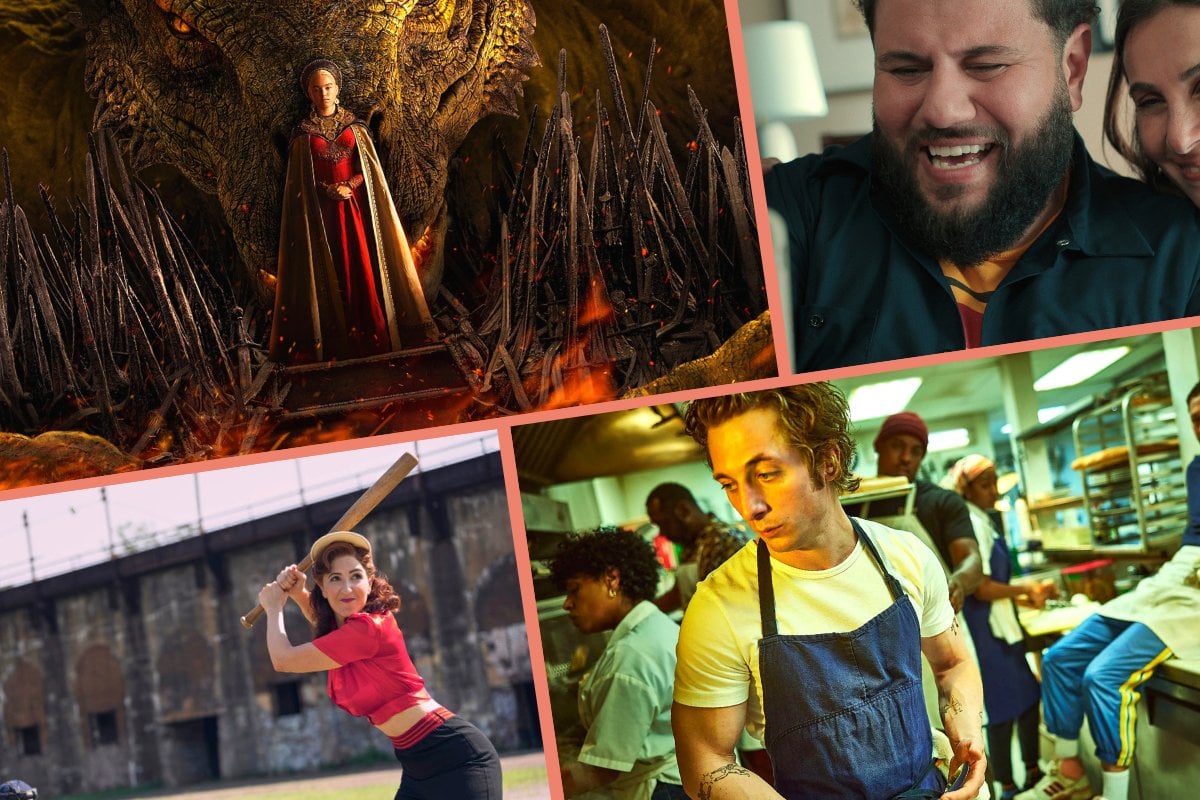 We're in the throes of winter. It's cold. It's rainy. And absolutely everyone has a blocked nose.

The silver lining? There's really no better place to wait it out than your couch.

And what's a couch without TV, right? Luckily, this month sees some of the year's most highly anticipated drops, like THAT dragon-filled Game of Thrones prequel, and a couple of fantastic, mindboggling comedic thrillers.

Without further ado, here are the 13 shows everyone will be watching in August. 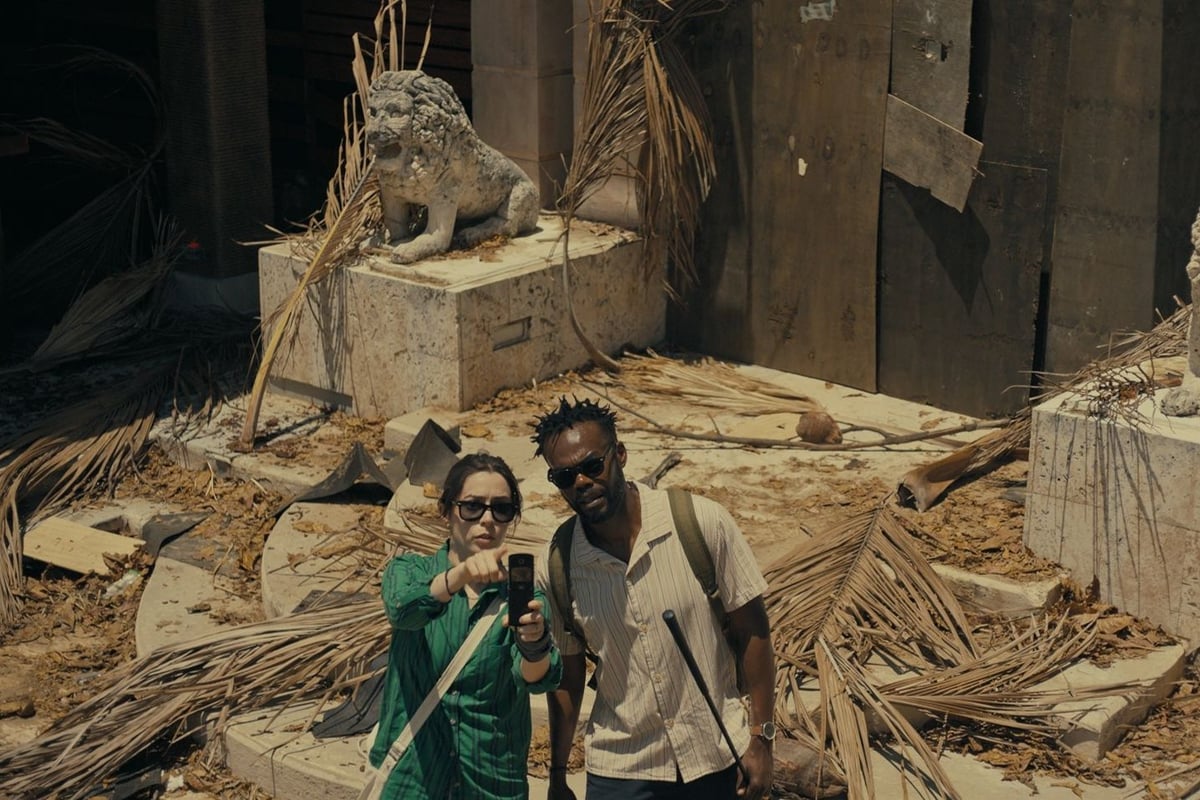 The Resort is set to be one of the biggest conversation starters throughout August, thanks to a mind-blowing amount of twists and turns.

The eight-part comedic thriller follows married couple Emma and Noah (played by the extremely charismatic pair of Cristin Milioti and William Jackson Harper), whose anniversary trip is flipped on its head when they stumble upon an unsolved mystery from 15 years earlier, involving the disappearance of two young guests - Sam and Violet - at a nearby resort.

It's a whodunnit with a side of relationship angst, as the pair throw themselves into the crime in order to avoid or ignore their own marital issues.

Supporting roles from Nick Offerman as a grieving father and Luis Gerardo Méndez as the resort's head of security are particularly noteworthy, as is the perfect contrast of the youthful exuberance of Sam and Violet compared to the unhappiness of our married wannabe detectives.

Think The White Lotus meets Only Murders in the Building meets Search Party. It's an easy yes, isn't it?

The first three episodes of The Resort are streaming July 29 on Stan, with new episodes every Friday. 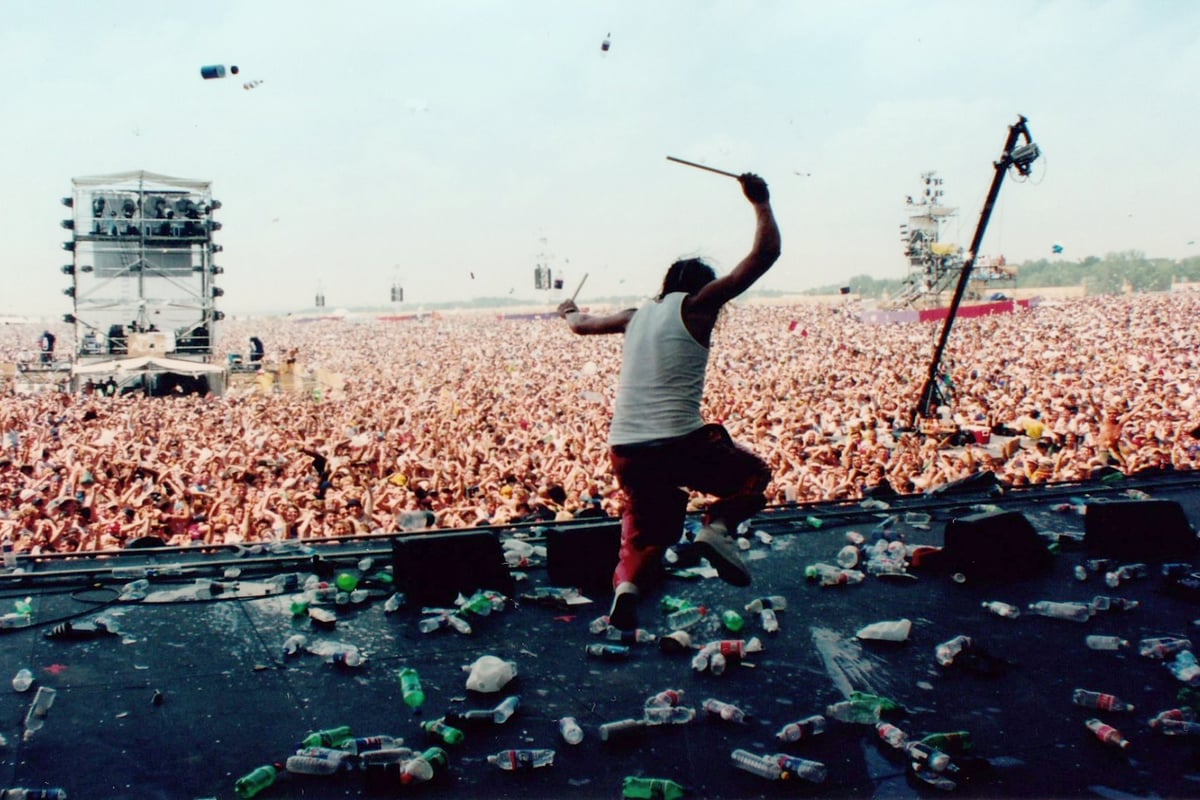 Netflix is releasing a documentary series about Woodstock festival's infamous 1999 iteration, which descended into violence and riots during the sets of bands including Limp Bizkit, Red Hot Chili Peppers and Korn.

And yes, it is aptly titled Clusterf**k.

The festival was supposed to be a millennium-defining celebration of peace, love and great music. Instead, the festival degenerated into an epic train wreck of fires, riots and destruction.

I Just Killed My Dad - Netflix 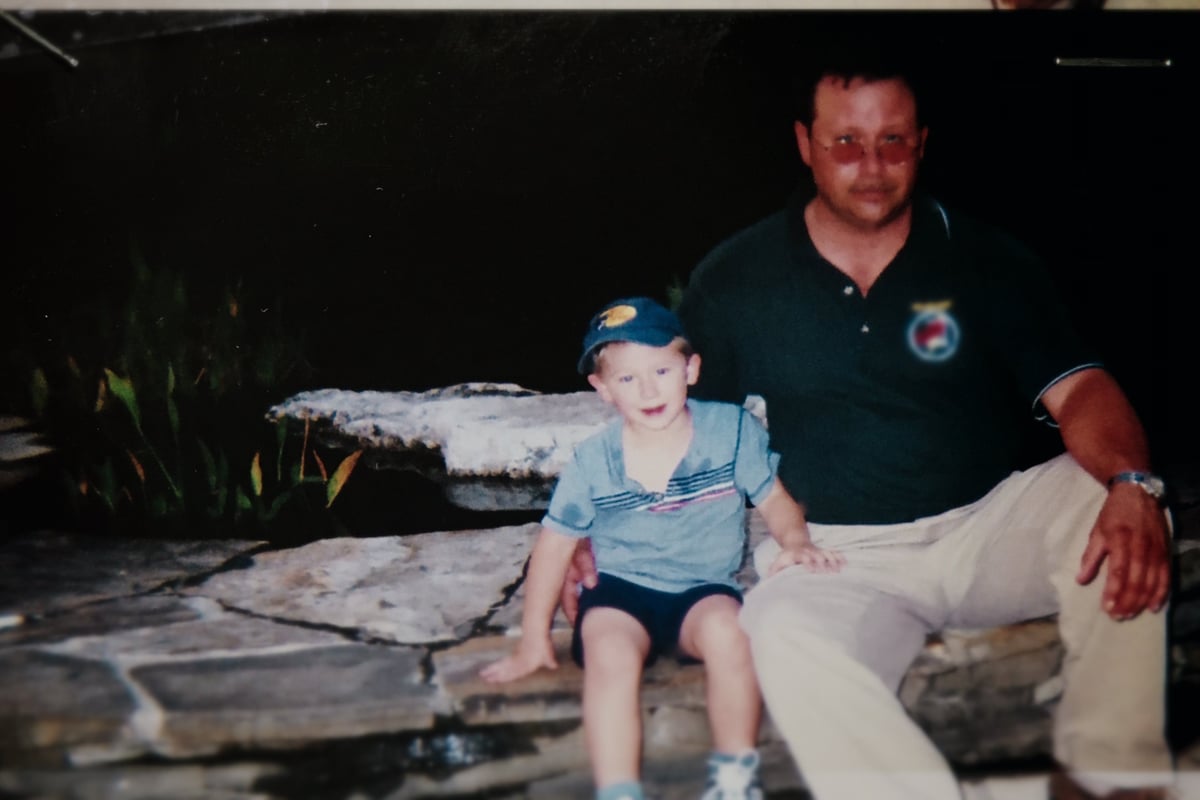 Adding to its long list of true crime docuseries, Netflix is releasing I Just Killed My Dad, telling the never-been-told-before true story of the Templet family.

Anthony Templet was 17 when he killed his father in June 2019. Soon after, he called 911 and claimed he'd reacted in self-defence after an attack.

Anthony was initially charged with second-degree murder, but as his history of alleged abuse from his father came to light, though those charges were reduced. Last year, Anthony pled no contest to negligent homicide and was given five years of supervised probation with credit for time served. If he earns his GED, receives counseling and either gets a job or enrolls in school full time, he will also be eligible to have his record expunged.

The Netflix series explores the complex question of why Anthony did it, which, as we learn, has implications beyond just this one family.

I Just Killed My Dad explores the psyche of Anthony leading up to the events and the journey of his mental and emotional aftermath.

I Just Killed My Dad premieres August 9 on Netflix.

A League of Their Own - Prime Video 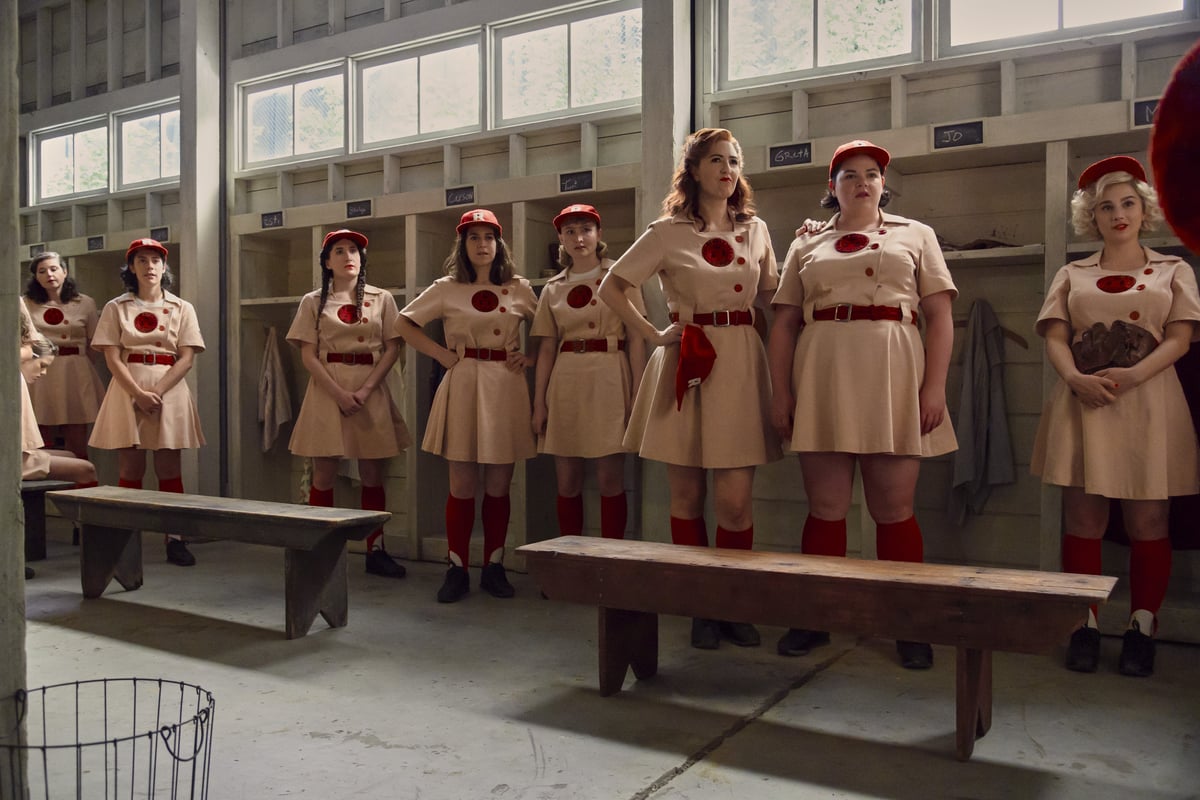 In 1992, Tom Hanks said "there's no crying in baseball". We will soon see if that continues to be true in the new A League of Their Own, a loose adaptation of the film of the same name.

When WWII threatens to cancel all baseball, the Chicago Cubs owner has a bright idea to keep it going: a women's league while the men are at war.

Abbi Jacobson (Broad City), D'Arcy Carden (The Good Place) Gbemisola Ikumelo and Chanté Adams star in this eight-part comedy drama, as members of the team fighting to keep it alive through sexism, injury, sexual awakenings and road trips across a rapidly changing USA.

All episodes of A League of Their Own premiere August 12 on Prime Video.

Never Have I Ever - Netflix 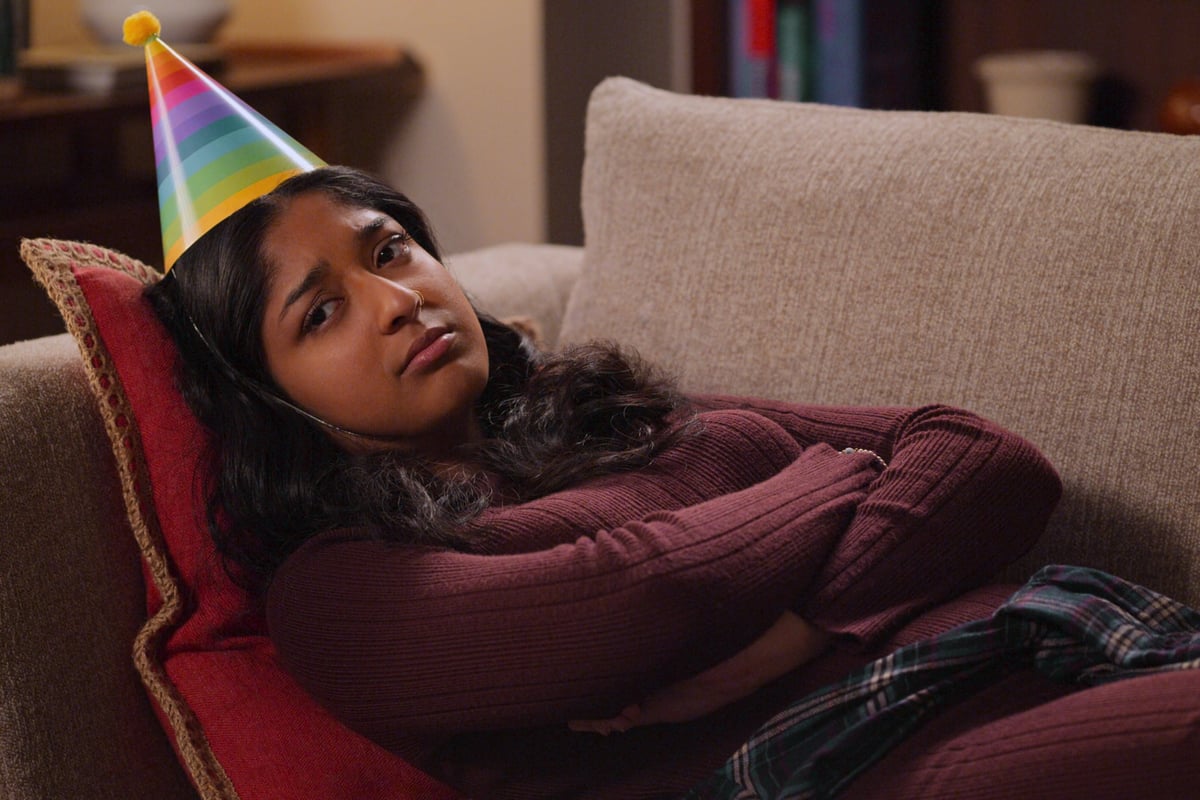 Never Have I Ever has been a delight to watch since its release in 2020, which saw it praised for its South Asian representation. Plus, it's just a damn good, hilarious show straight from the brilliant brain of Mindy Kaling.

Maitreyi Ramakrishnan stars as Devi, a clever and very sarcastic Indian American teenager who regularly sabotages herself in hilarious ways, navigates the pressures of being a first-generation American and grieves the loss of her father. It's the perfect balance of hilarious and heartfelt, so if you haven't yet made your way through the first two seasons, I highly recommend!

Now, the series returns for its third season.

It's almost time to say goodbye (a fourth and final season has been confirmed) to Devi, Nalini, Kamala and the rest - plus tennis legend John McEnroe as narrator, of course - but first there are still the everyday pressures of high school, drama at home AND that love triangle to resolve.

Never Have I Ever season three drops August 12 on Netflix. 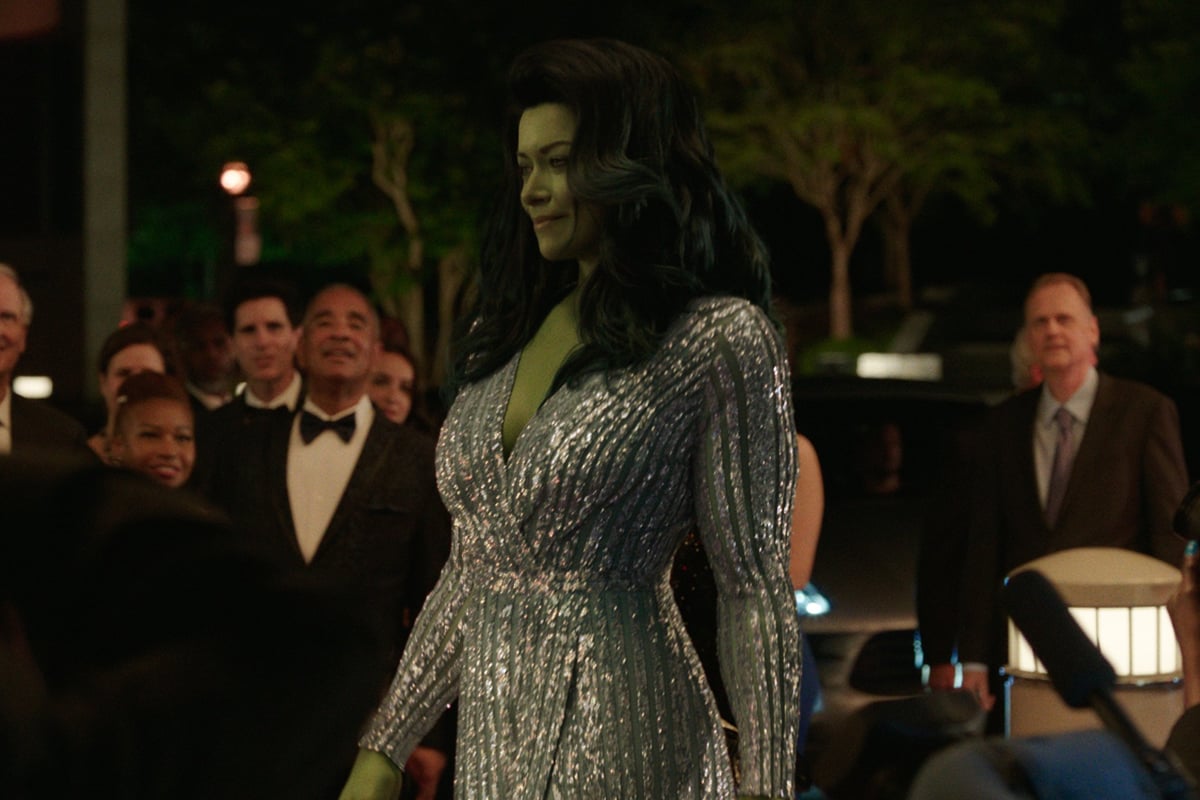 She-Hulk is the eighth television series in the Marvel Cinematic Universe, which is just... mind-blowing.

It follows Jennifer Walters (Tatiana Maslany), a lawyer who happens to be Bruce Banner's cousin, who shares his superhero abilities and turns into a green Hulk version of herself.

Cool - well, apart from the fact she just wants to live a normal life. 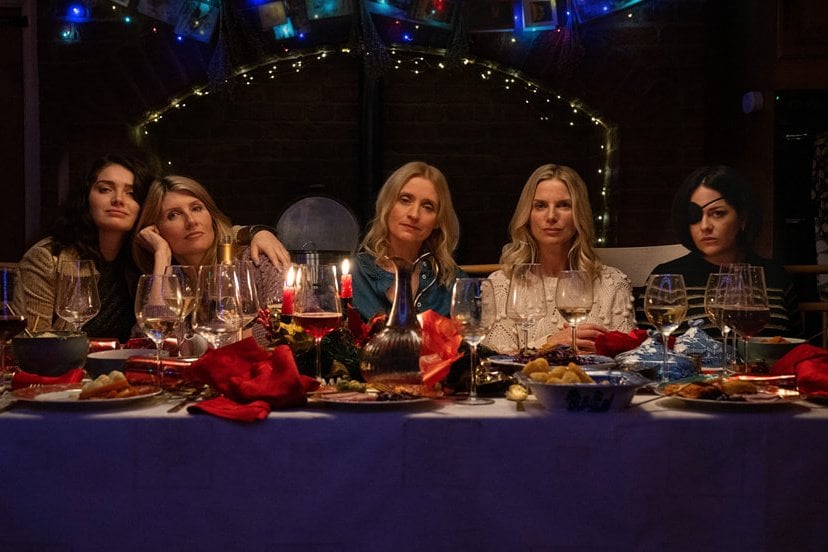 Bad Sisters, the latest project from BAFTA Award-winning creator and star Sharon Horgan, is being lauded as a witty and darkly comedic murder mystery, which ticks precisely all of my boxes.

The tight-knit Garvey sisters have always looked out for each other. But things get a little complicated when their brother-in-law winds up dead and his life insurers launch an investigation to prove malicious intent.

Their sights are firmly set on the sisters, who all had ample reasons to kill him. 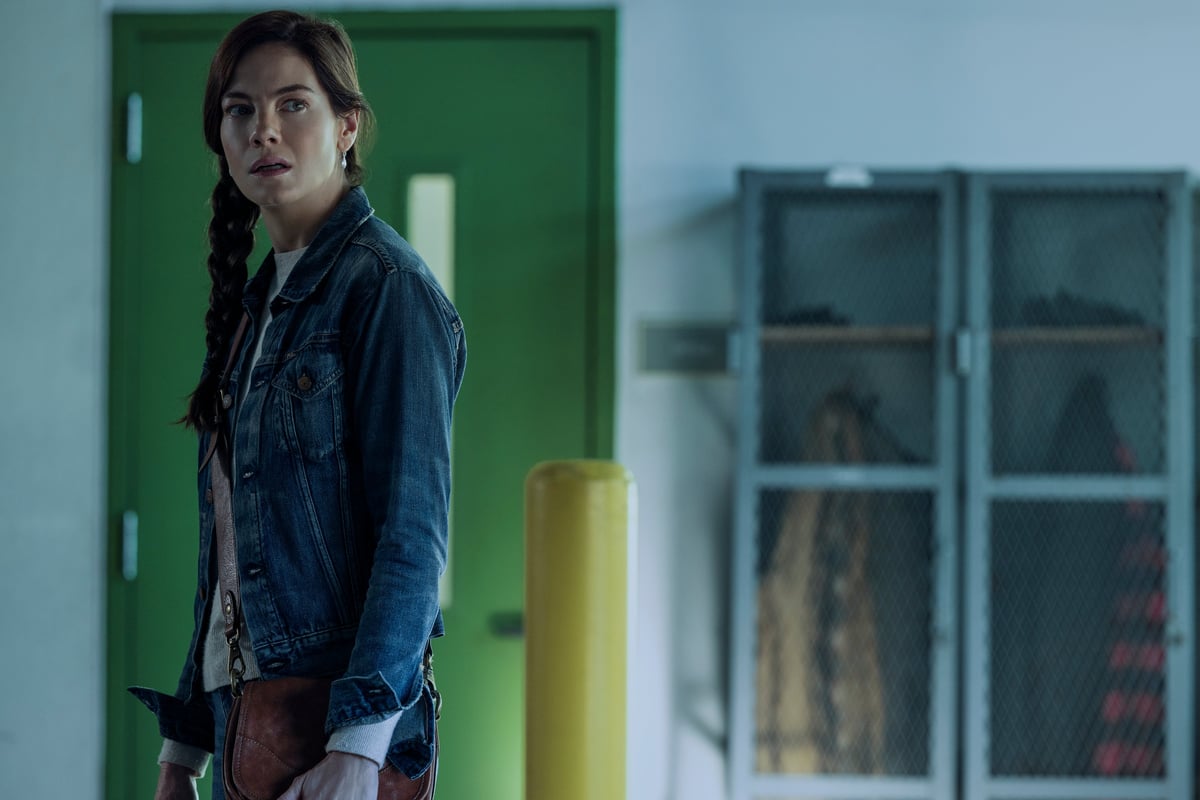 Psychological thriller Echoes was created and written by Australia's own Vanessa Gazy, best known for her work on Stan Original Series Eden.

The seven-episode series stars Michelle Monaghan as identical twins Leni and Gina. Since they were kids, the sisters have secretly swapped lives, culminating in a double life as adults: they share two homes, two husbands, and a child.

But things get weirder when Leni goes missing, causing their life (lives?) to coming crashing down. It raises plenty of questions; did a crime take place? Is Leni actually gone? And uh... did she ever exist in the first place?

House of the Dragon - Binge/Foxtel 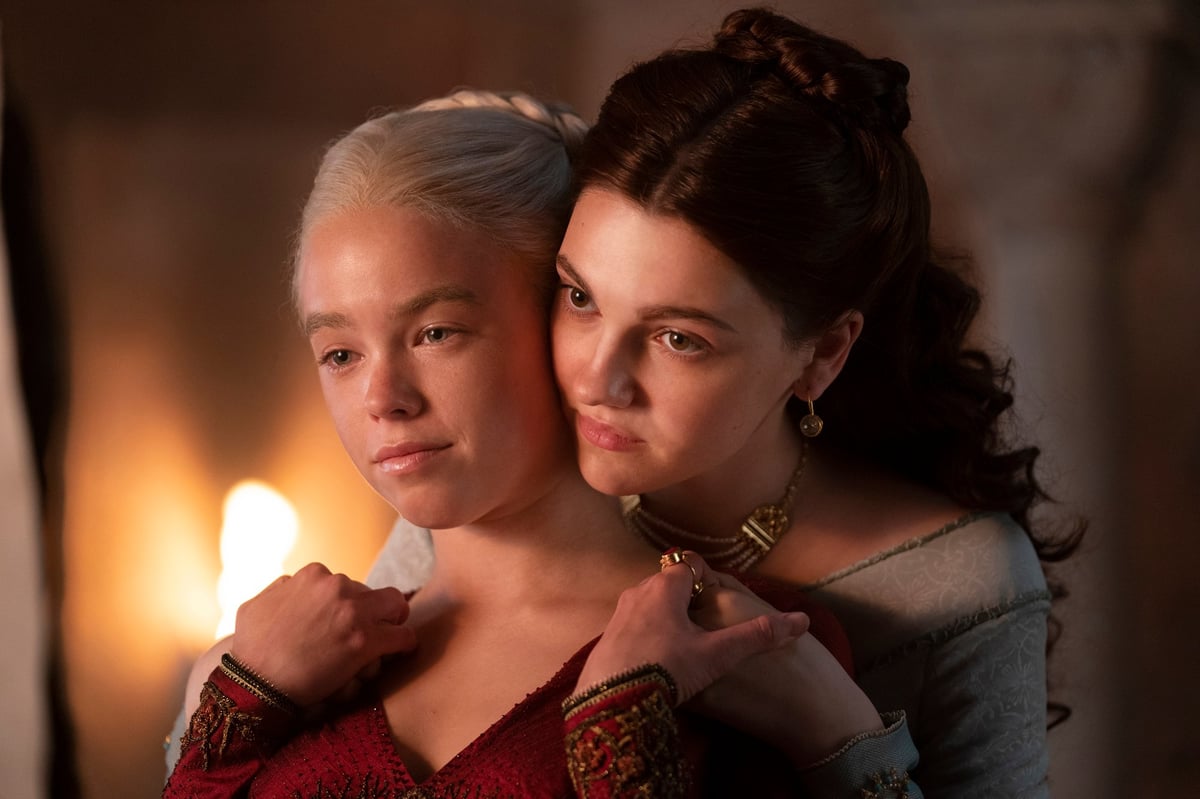 It's time for THE Game of Thrones prequel, dragons and all.

Set two hundred years before Daenerys (and... that ending), the series chronicles the beginning of the end of House Targaryen, their conquering of Westeros and the eventual downfall of the Mad King.

Matt Smith, Emma D'Arcy and Paddy Considine star as members of the platinum-haired family, and well, the hype for this is INTENSE.

Unsurprisingly, a lot about the series is being kept a tightly guarded secret, but it's in the Game of Thrones universe so naturally we can expect lots of battles, backstabbing, sex and... yes, dragons. It's in the title!

House of the Dragon begins August 22 on Binge and Foxtel, with new episodes every Monday.

Selling The OC is like Selling Sunset... at the beach.

Yes, this is a spin-off of everyone's favourite 'come for the fancy houses, stay for the drama' reality TV series.

In Selling The OC, Jason Oppenheim (probably) sits in the LA traffic to get to the Orange County coast, where he leads a new group of agents competing to establish themselves at The Oppenheim Group’s second office. 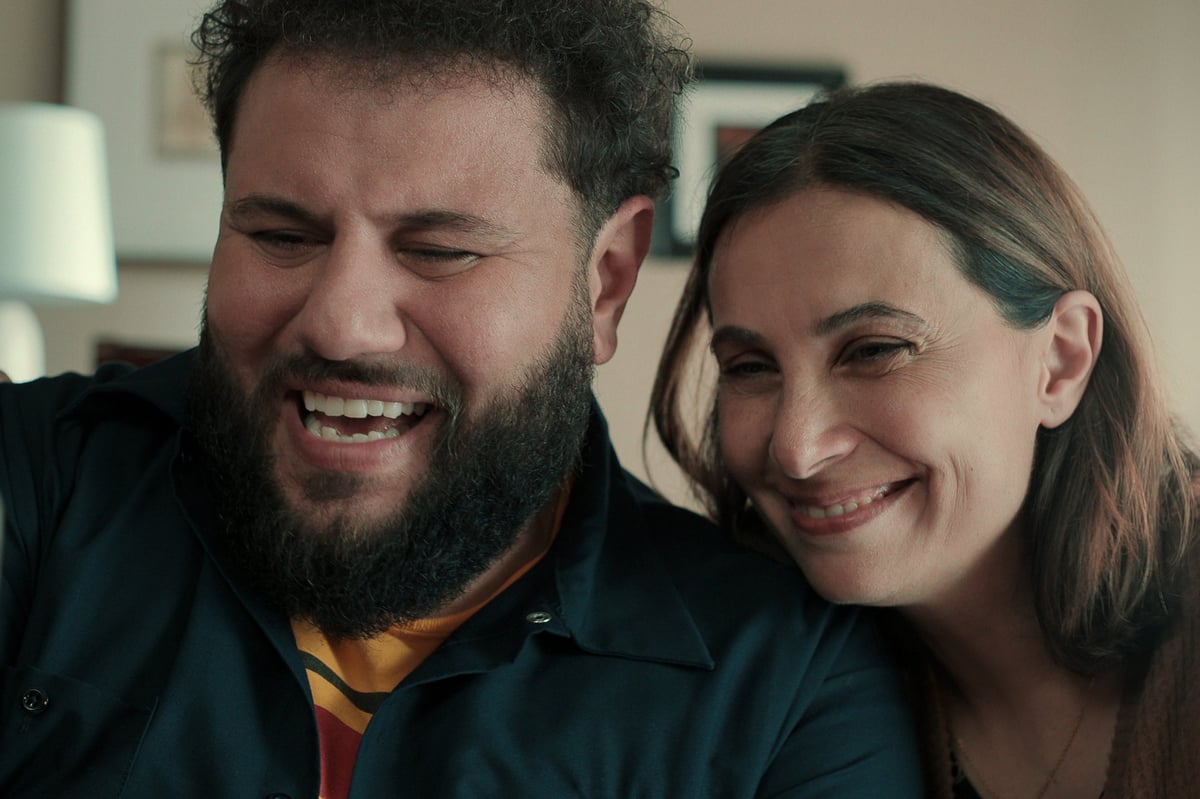 Created by comedian Mo Amer and Golden Globe winner Ramy Youssef, Mo follows Mo Najjar (Amer), a Palestinian refugee who is constantly one step away from getting asylum on his path to US citizenship.

In Houston, Mo is straddling the line between two cultures and three languages while navigating American's seemingly never-ending immigration process and trying to support his mother and two siblings - even if it's in ways they don't approve of.

The premise is a semi-autobiographical story inspired by Amer's life as a Palestinian refugee growing up in Texas, just like Youssef's critically acclaimed Ramy. If this heartfelt comedy is even a smidge like Ramy, Mo is a much-watch. 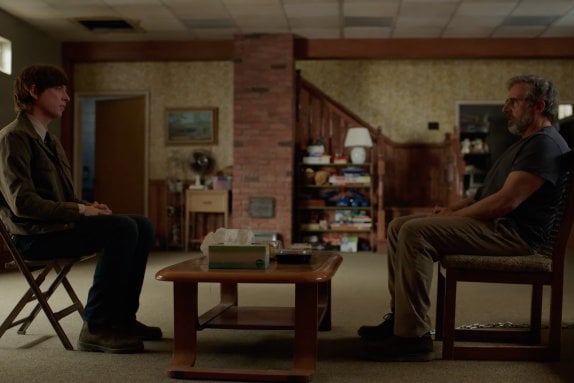 Steve Carell stars in The Patient as well, not the patient. He plays Alan Strauss, a therapist who is held captive by a serial killer, played by Domhnall Gleeson, who seeks therapeutic help to curb his homicidal urges.

Across the 10-episode series, Alan must unwind Sam's disturbed mind to stop him from killing again. But Sam's not the most receptive patient, refusing to address critical topics from his past. Throughout the show, Alan uncovers not only how deep Sam's compulsion runs but also how much work he has to do to repair the rift in his own family following the death of his wife, Beth.

In a race against time, Alan must stop Sam's murders before he either becomes complicit... or a victim himself.

The first three episodes of The Patient drop August 30 on Disney+, with new episodes on Tuesdays. 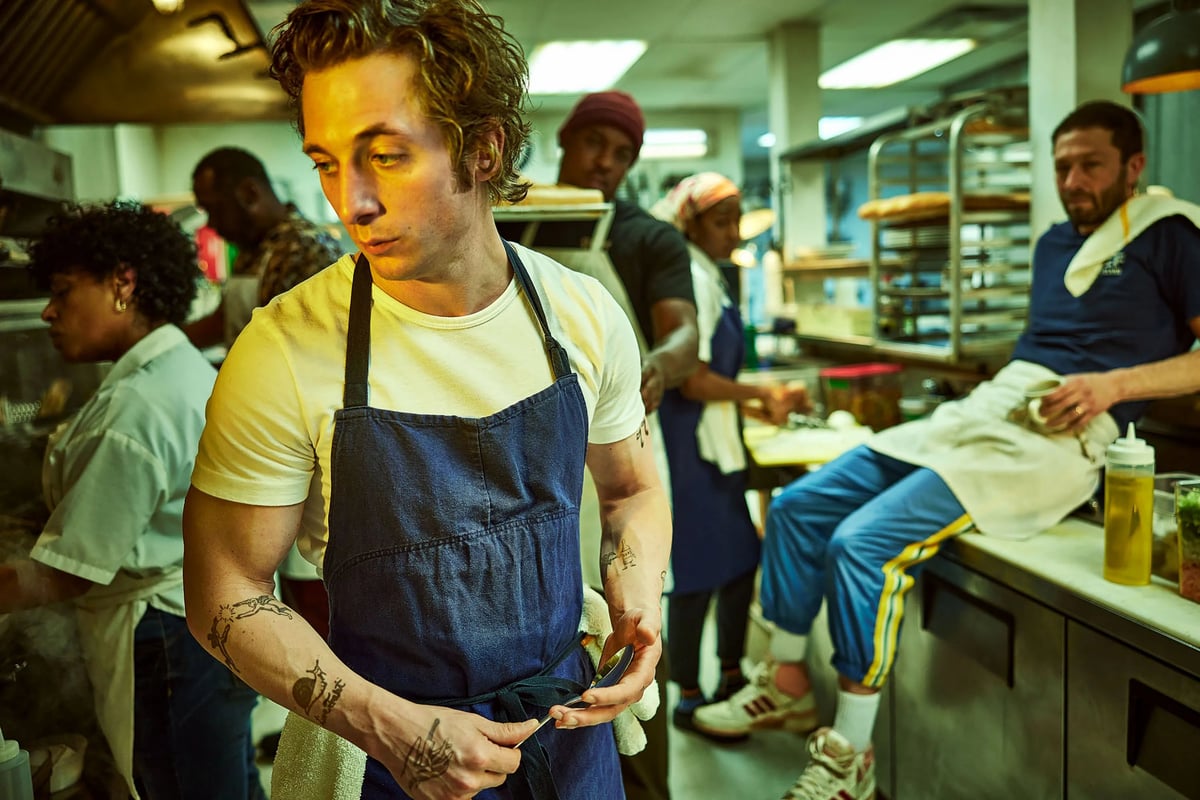 The Bear is FINALLY here.

If this looks/sounds familiar, it'll be because absolutely no one in the United States has been able to shut up about how good it is. The drama series began airing there in June, and it's arriving down in August.

I AM SO EXCITED.

The show stars Jeremy Allen White as Carmy Berzatto, a young chef from the world of fine dining, who comes home to Chicago after a family tragedy to run his brother's rundown Italian beef sandwich shop.

It's a fish out of water story, in which Carmy must balance strained family relationships, headstrong kitchen staff, soul-crushing pressures and his own grief in order to transform both the sandwich shop... and himself.

It's received universal acclaim and a lot of awards buzz, so this is one restaurant you're going to want to make a reservation for.

All eight episodes of The Bear drop August 31 on Disney+.

Chelsea McLaughlin is Mamamia's Senior Entertainment Writer and co-host of The Spill. For more pop culture takes, recommendations and sarcasm, you can follow her on Instagram.

Reply
Upvote
As someone who loves A League Of Their Own, I'm not hopeful on the series. I'll give it a go though.