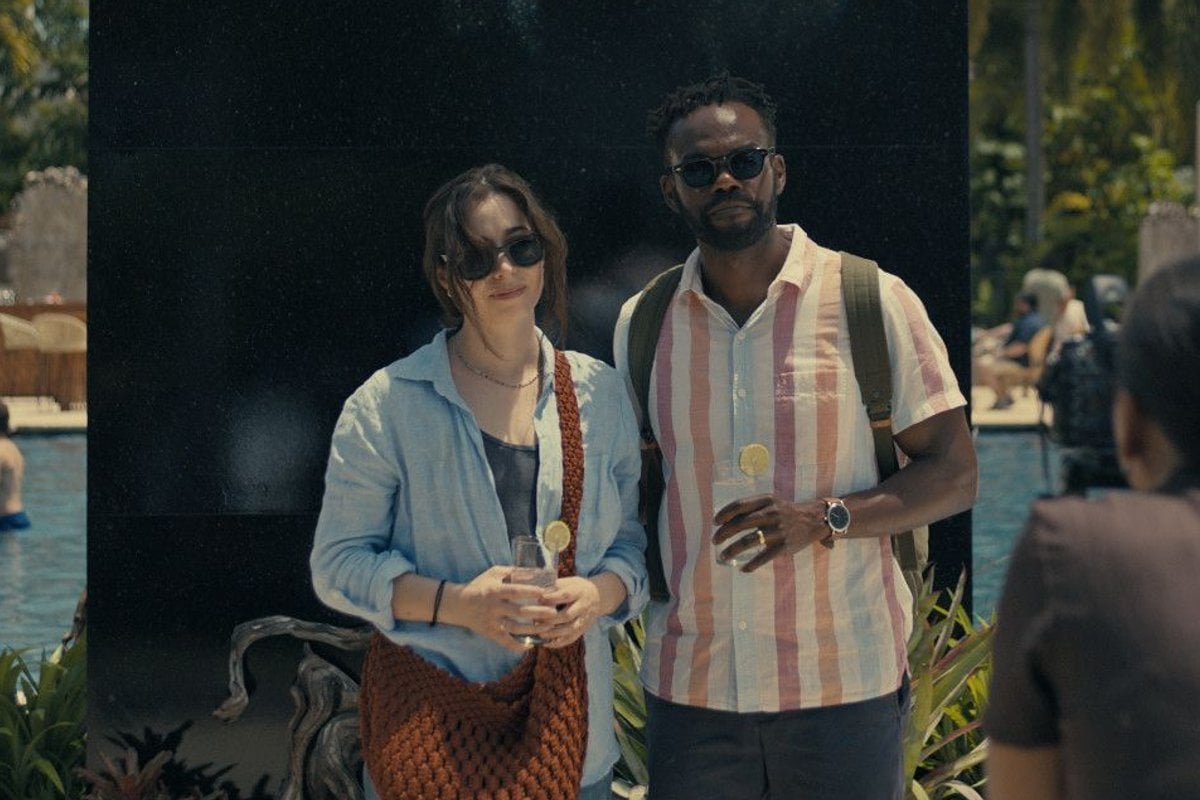 There's a particular TV niche that always gets me excited.

It usually involves a couple going on a fancy holiday - preferably somewhere tropical - where absolutely everything goes wrong. The relationship breaks down. Or someone gets lost. Maybe they meet a third character who throws their world into chaos. And, uh, pretty often, someone dies.

So I was always going to love Stan's new thriller series, The Resort.

The eight-part series stars William Jackson Harper (The Good Place) and Cristin Milioti (Made For Love) as a married couple celebrating their 10th wedding anniversary on a tropical vacation in the Mayan Riviera.

When we meet them, they're at a fork in the road. We learn early on that Milioti's Emma is disillusioned with their relationship, with Noah either unaware or too scared to acknowledge her growing resentment.

She drowns her sorrows with alcohol and a pool, and it seems like it's coming to a breaking point until Emma stumbles upon a mysterious, very old flip phone. She learns it belonged to Sam (Skyler Gisondo), a young American tourist who was one of two guests to disappear from a nearby, now-abandoned resort 15 years ago.

This gives Emma something new to throw herself into. Noah joins in, somewhat reluctantly, because it's the first time he's seen his wife with a 'spark' in a long time.

From here, the story traverses the two timelines, unravelling the mystery of Violet (Nina Bloomgarden) and Sam's disappearance - and contrasting their sweet, young romance with Emma and Noah's, whose excitement left long ago.

The Resort is one part relationship exploration, one part murder-mystery.

It's an honest and tough portrayal of a long-term relationship but also evolves into a fascinating whodunnit, with twists that will make you dramatically gasp from the comfort of your couch.

Essentially, the series, from Palm Springs writer Andy Siara and Mr. Robot creator Sam Esmail, is a little bit The White Lotus, a little bit Only Murders in the Building and a whole lot entertaining. 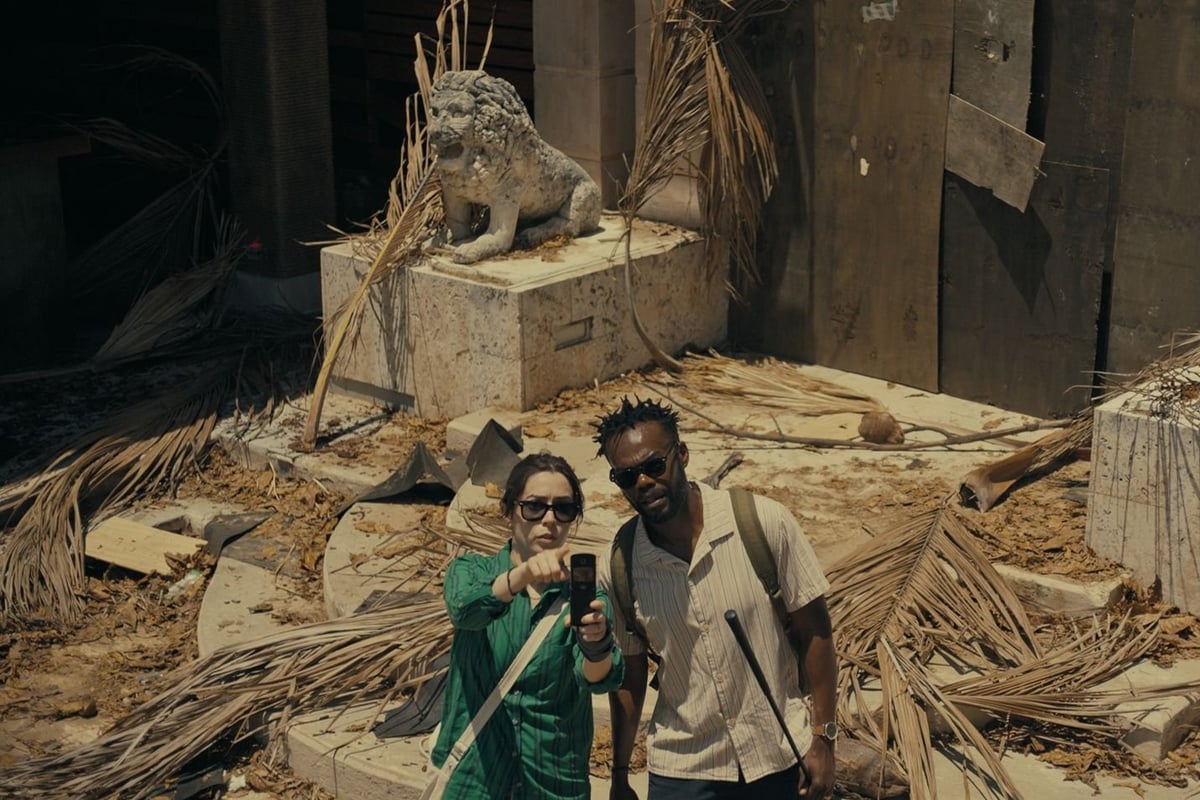 Speaking to Mamamia ahead of the show's release, stars Harper and Milioti said it was the way the story never plays out quite how you think it will that drew them to the project.

"I just had never seen or read anything like it. It was so unexpected," Milioti said.

"It's one of those scripts that doesn't really tell at all where it's heading," Harper agreed.

"That's really fun to watch as a viewer but then as someone whose trying to make the thing, it's tough because you don't know exactly what is expected of you going in. So you're not 100 per cent sure how you're going to do it, [and] if you can. And that's the fun thing about this job."

The series balances humour with poignant moments that explore feeling stuck, ageing and loss of romance.

The supporting cast features a touching performance from Nick Offerman as Violet's grieving father and some perfectly balanced work from Luis Gerardo Méndez as the resort's funny yet mildly threatening head of security. 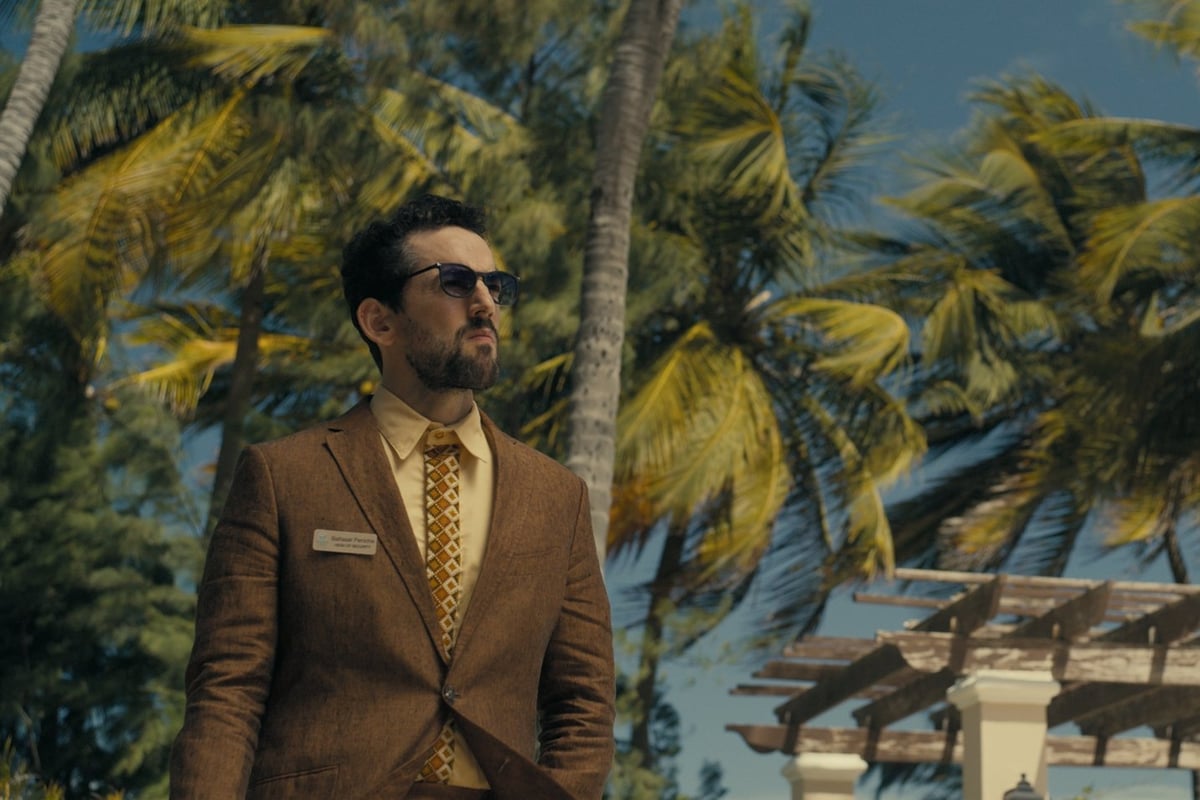 The mystery of what happened to Sam and Violet spurs the tale on, but it also reveals a lot about Emma and Noah.

"I felt a lot of compassion for a character who was so desperate to not acknowledge where her marriage was at and where her own life was at," Milioti explained of her character.

"She's given this weird lifeline, it's like tapping into this old juice that you have when you're young... this new jolt of excitement that allows them to unite together again even though they're still refusing to talk about how it's not working. It gives them some sort of weird taste of the past."

Emma quickly gets sucked into Sam and Violet's story. Partly as a distraction tactic, but partly because it reminds her of a 'spark' she has been missing for a long time.

"I think she's someone who hasn't looked forward to anything in a long time or felt excited about anything and I think she loses herself so quickly in this, because it is almost like a drug," Milioti said.

"It's like 'oh my god I haven't felt joy or excitement in such a long time, I need so much of that I'm willing to put us in danger to experience it and feel awake again'." 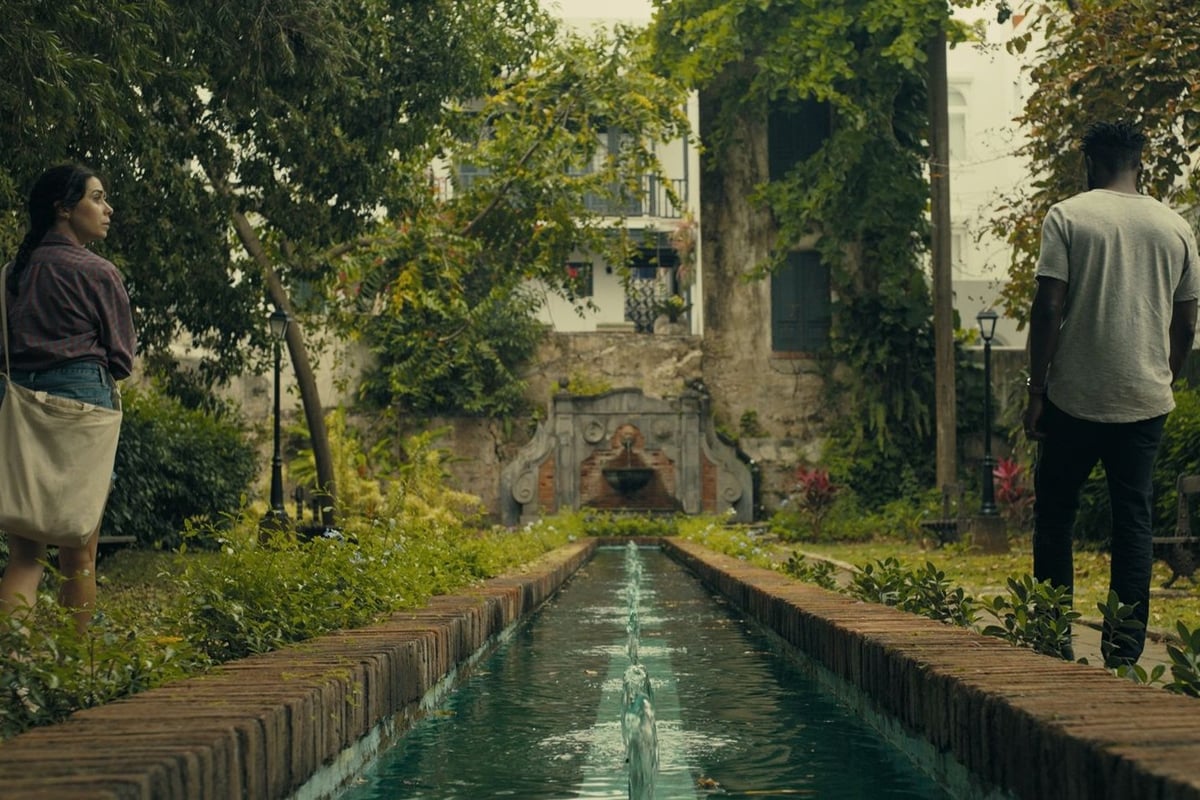 While Emma searches for greater meaning, Harper explained Noah was scared of doing the same. Instead, he is resigned to having a certain amount of joy in life.

"He's at this place where he's okay with the amount of happiness that he's been allotted," Harper explained.

It's a really interesting portrayal of a relationship, which is brought back to life thanks to a tragedy from 15 years earlier - whether that's for better or worse, well, you'll have to watch to find out.

The first three episodes of The Resort are now streaming only on Stan, with new episodes every Friday.