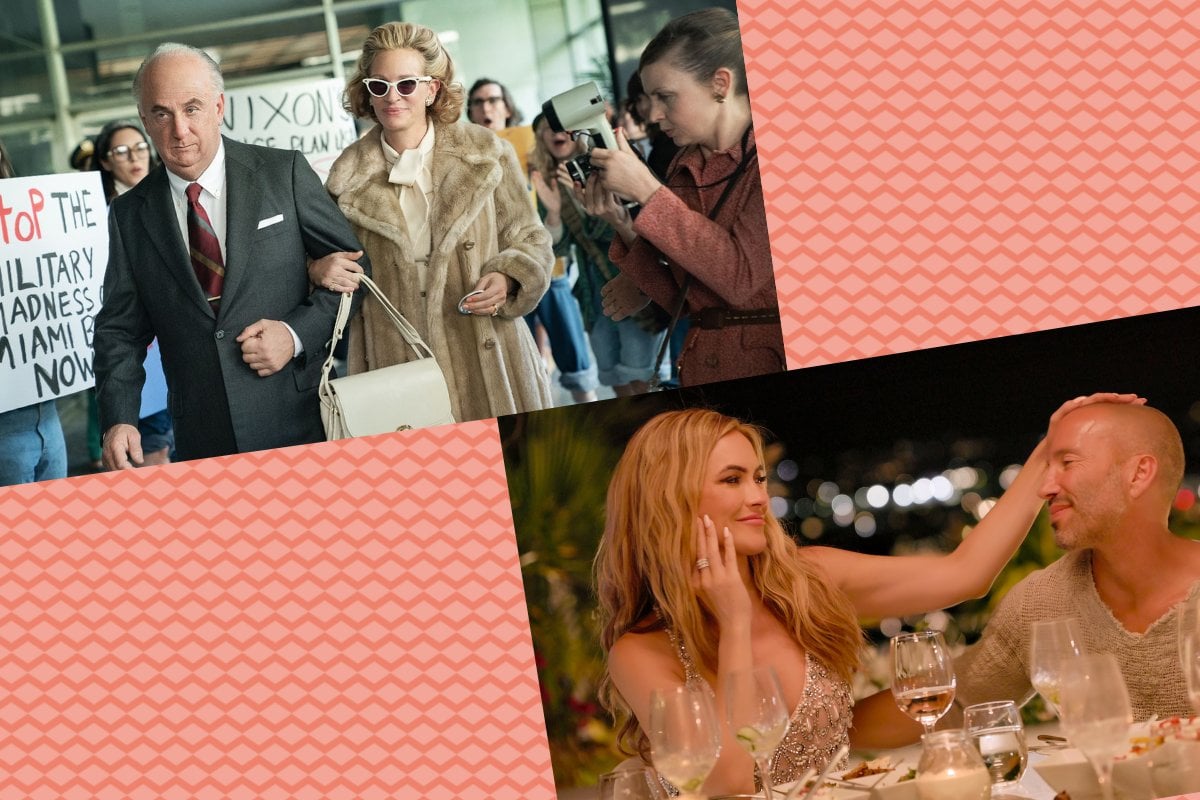 Do you like looking at fancy houses? What if those fancy houses are being sold by fancy people to even fancier people, who share with us their fancy drama?

And if not... well, don't you worry. There is plenty of prestige television on its way, including a Julia Roberts political drama on Stan and the return of beloved series like Netflix's Russian Doll and Binge's The Flight Attendant.

Here are the 11 shows everyone will be watching in April. 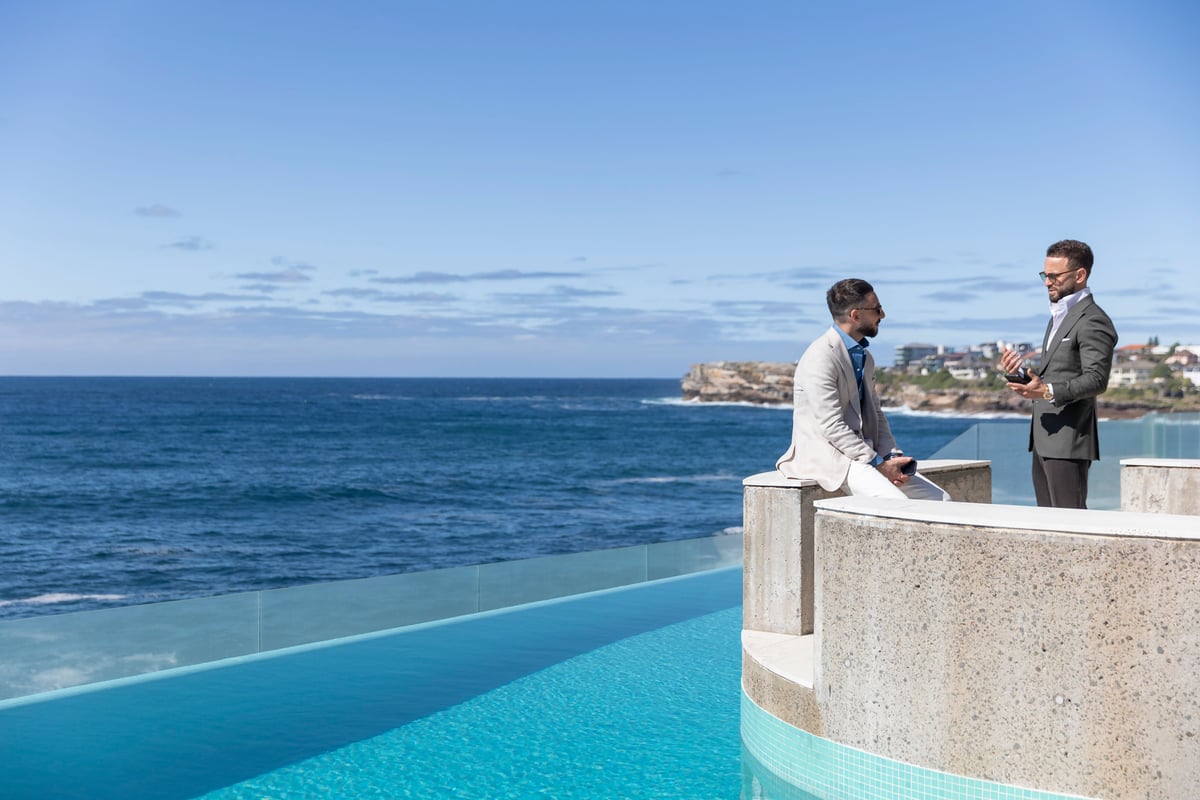 Season two of Luxe Listings Sydney arrives on April 1, but season three has already been confirmed. That should give you an idea of just how popular this reality series is.

It's the type of show you won't be able to look away, even if it is against your better judgement. 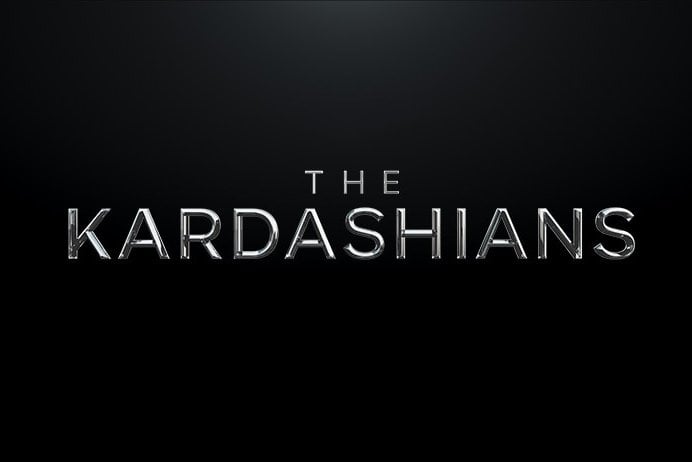 The world's most public family will once again beam their lives into our living rooms each week, not quite a year after calling time on their long-running E! series Keeping Up with the Kardashians.

The new show opens with the fam catching us up on their lives over the past few months, as they gather for a BBQ (not a BBQ as... we normal folk know them) at Kim's house. We quickly learn the season storylines: Kim's SNL hosting, the way Kourtney and Travis are permanently glued to each other's faces, Kylie's pregnancy and Khloe's complicated relationship with Tristan Thompson.

Will The Kardashians just be KUWTK repackaged and plonked on a new platform? Most likely, yes. But hey, the KarJenners know what works. And given the year they've had, you know there's going to be a Pete Davidson-related ratings jump.

The Kardashians will premiere on Disney+ on April 14, with new episodes weekly on Thursdays.

Anatomy of a Scandal - Netflix. 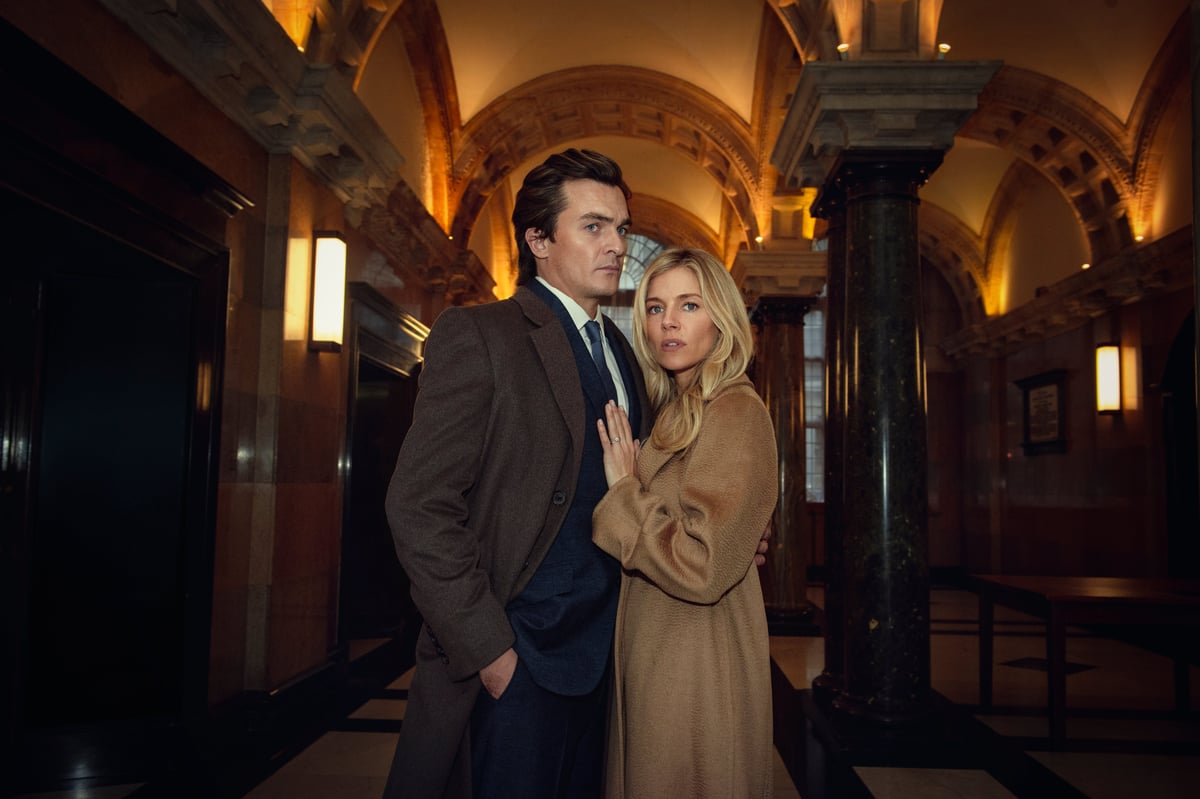 Until he is accused of a sexual crime.

Inspired by a book of the same name by Sarah Vaughan, Anatomy of a Scandal covers the gripping public trial of James, but also focuses on how scandals have consequences for the women who find themselves dragged into them.

Anatomy of a Scandal drops on Netflix on April 15. 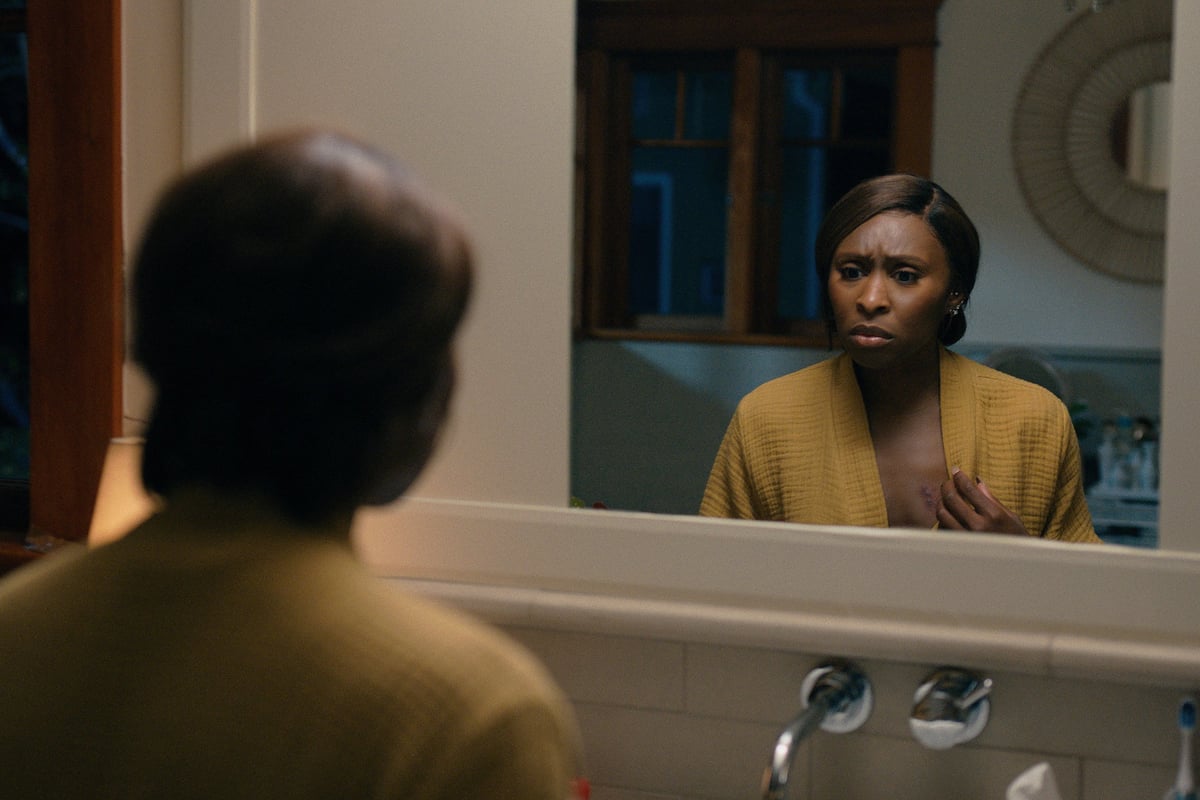 Roar is an anthology series based on a collection of short stories by Cecelia Ahern, highlighting what it means to be a woman through "darkly comic feminist fables".

With absurdist humour and metaphors brought to life, each episode shines a spotlight on a particular experience women may face.

For example, in 'The Woman Who Ate Photographs', Nicole Kidman stars as a daughter who, well, eats photographs to relive memories. In 'The Woman Who Found Bite Marks on Her Skin', the brilliant Cynthia Erivo begins to find bite marks after she returns to work following the birth of her second child.

Each episode is funny, thought-provoking and extremely validating. 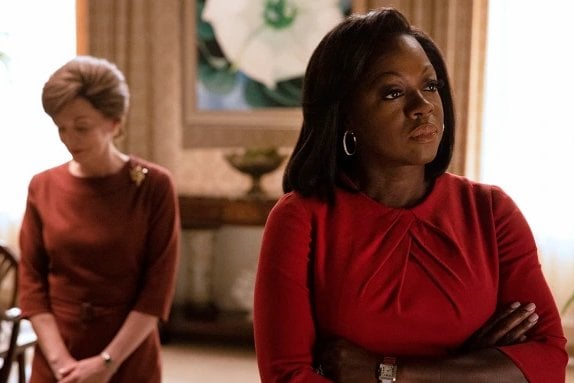 The first lady is a 'reframing' of American leadership, focusing on the stories of the country's First Ladies over their husbands.

The 10-part series delves deep into their personal and political lives, exploring their journeys to Washington, family life and often underestimated contributions to politics.

The First Lady premieres on Paramount+ on April 18. 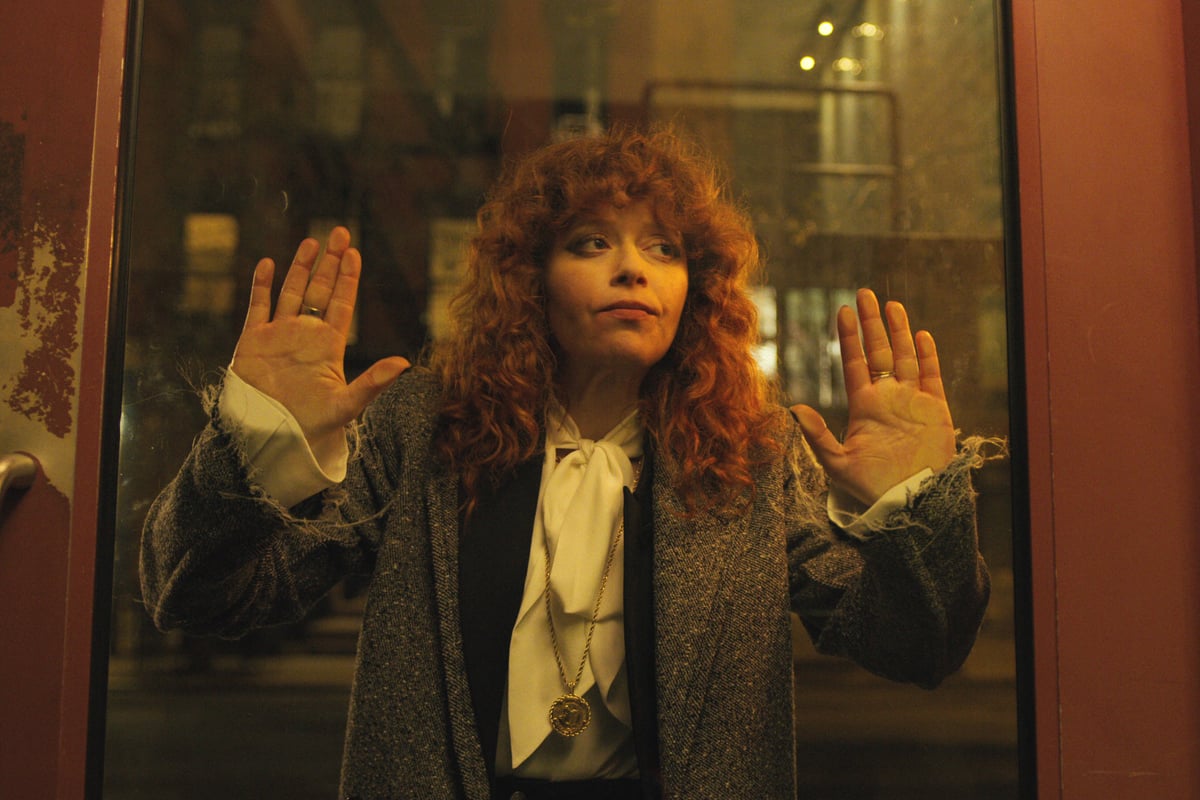 Russian Doll's first season premiered on Netflix in 2019, so it's been a long wait for the show's second part.

The darkly funny series stars Natasha Lyonne as Nadia, a coder who is killed on her 36th birthday. But in a strange twist of circumstances, she is forced to live the night of her ill-fated birthday party over and over again, dying in a new way each time.

The second season is set four years later, when Nadia and Alan (Charlie Barnett) have escaped the endless loop of death but find a fate even worse: a time portal that forces them to delve into their pasts. 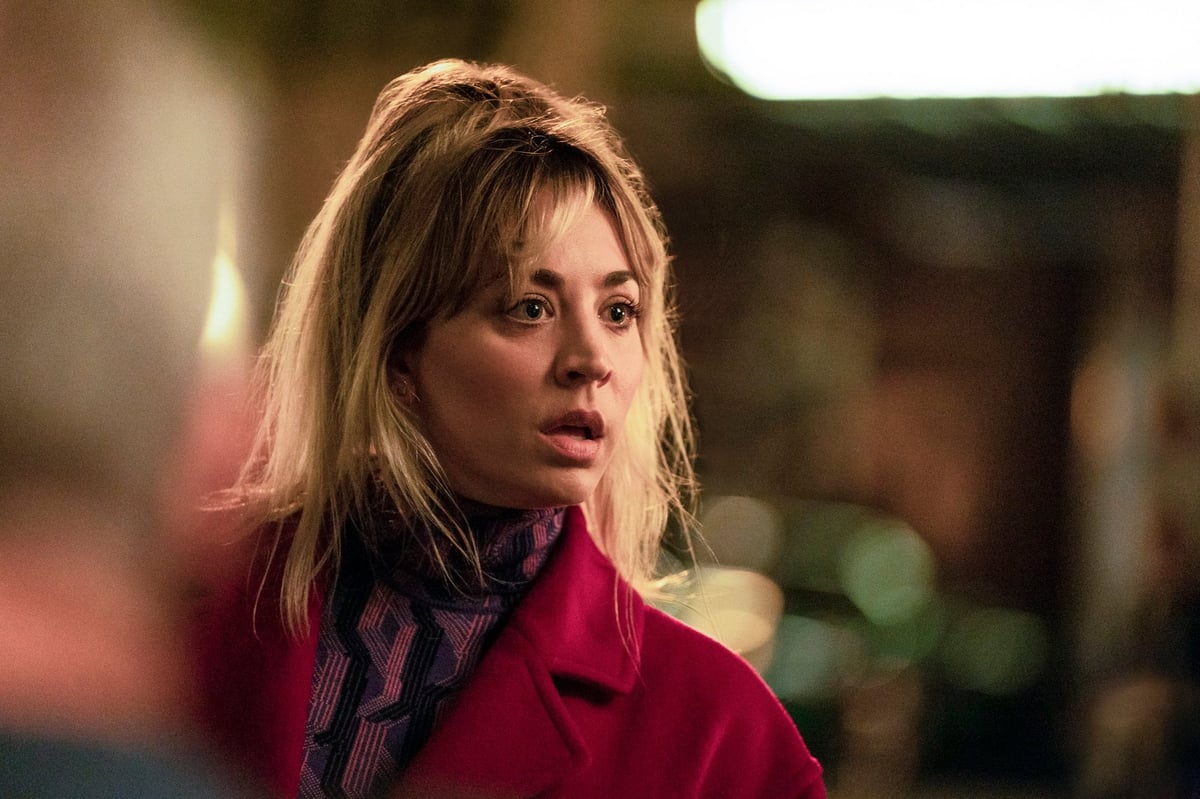 It feels like a long time ago that The Flight Attendant dropped on Binge, becoming one of 2020's best surprises. The critically acclaimed series was funny, and dark, featuring a post-Big Bang Theory Kaley Cuoco as an incredibly hot mess who wakes up after a one night stand to find her date dead.

Season two drops this month, following Cuoco's character Cassie's attempt to get sober and confusion over her new role as a CIA asset.

Oh, and Sharon Stone has joined the cast as Cassie's estranged mother. Huge.

The first two episodes of The Flight Attendant premiere on Binge on April 21, with new episodes dropping weekly on Thursdays. 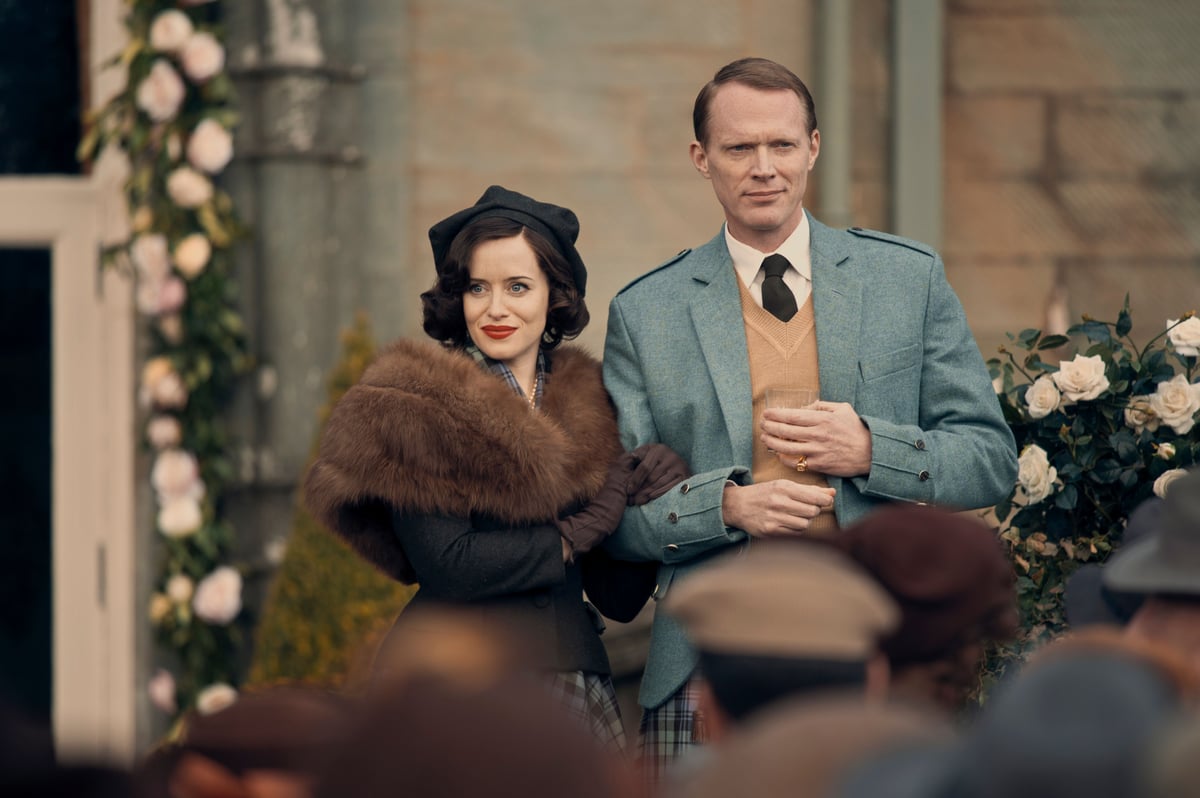 A Very British Scandal stars Claire Foy and Paul Bettany as Margaret and Ian Campbell, otherwise known as the Duke and Duchess of Argyll, and tells the story of one of Britain's biggest scandals.

It erupted when the Duke found polaroid photos of the Duchess naked and engaging in sex acts, which ultimately led to her being brutally shamed in the press.

This three-part series is a reframing of the 1960s public drama, exploring the attitudes and sexism towards women in the time period. It focuses on how Margaret was betrayed by her closest friends and refused to slink away quietly despite being plastered across media as if she was public enemy #1.

A Very British Scandal drops on Prime Video on April 22. 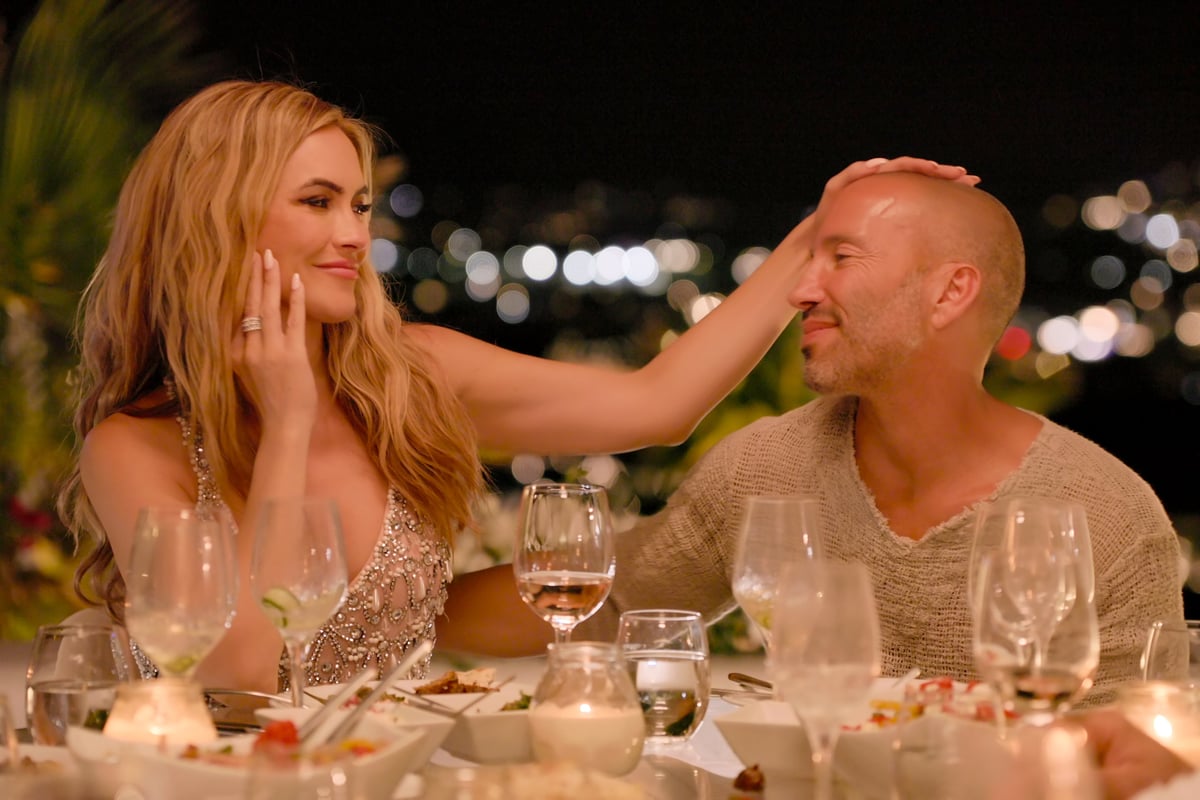 Although, let's be honest, it's not the houses that are getting us to tune into Selling Sunset.

In season five of the Netflix phenomenon, the drama between Christine and the rest of the cast is set to continue, and the relationship between Chrishell Stause and boss Jason Oppenheim goes public (they broke up in December 2021).

They will probably sell a mansion or two as well. 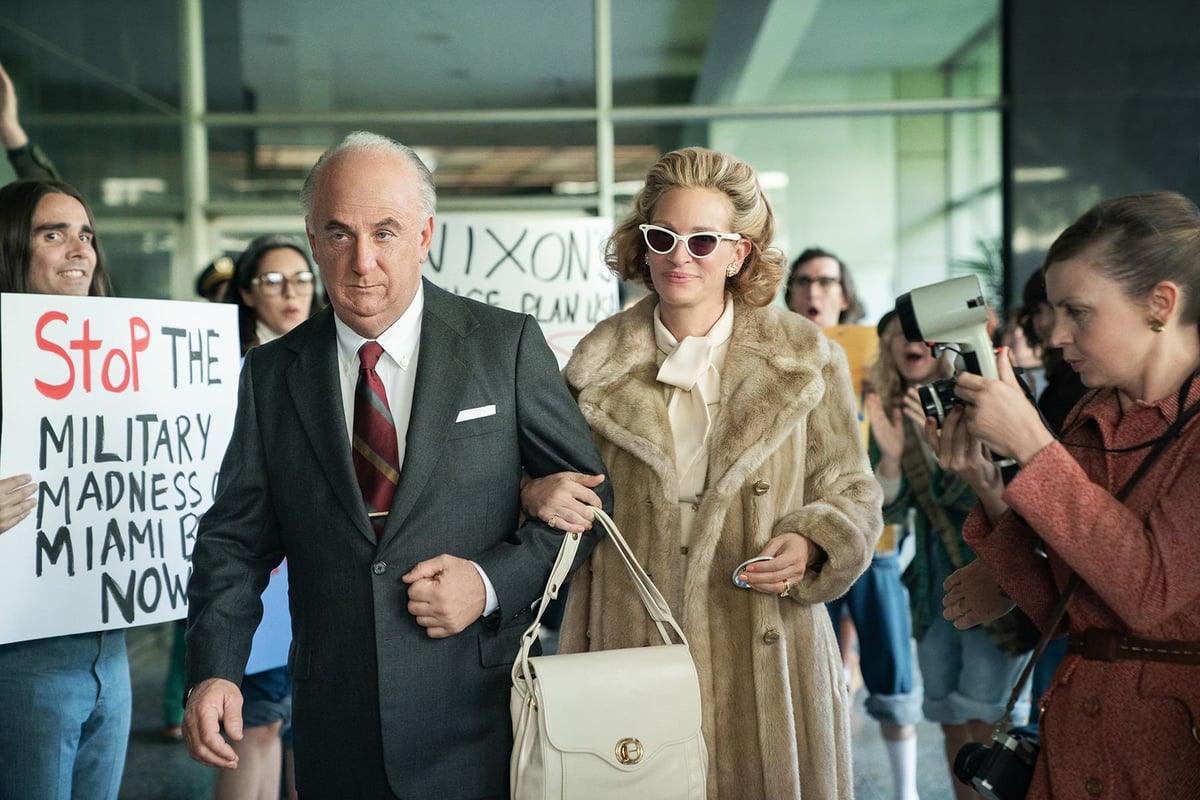 The Watergate scandal is a well-worn tale at this point, but Gaslit focuses one of its untold stories.

Despite her loyalties, Martha becomes the first person to blow the whistle on President Nixon, leading to the unravelling of not only the presidency, but her entire personal life.

Watch: The trailer for Gaslit, exclusively on Stan. Post continues below video.

Gaslit premieres on Stan on April 24. 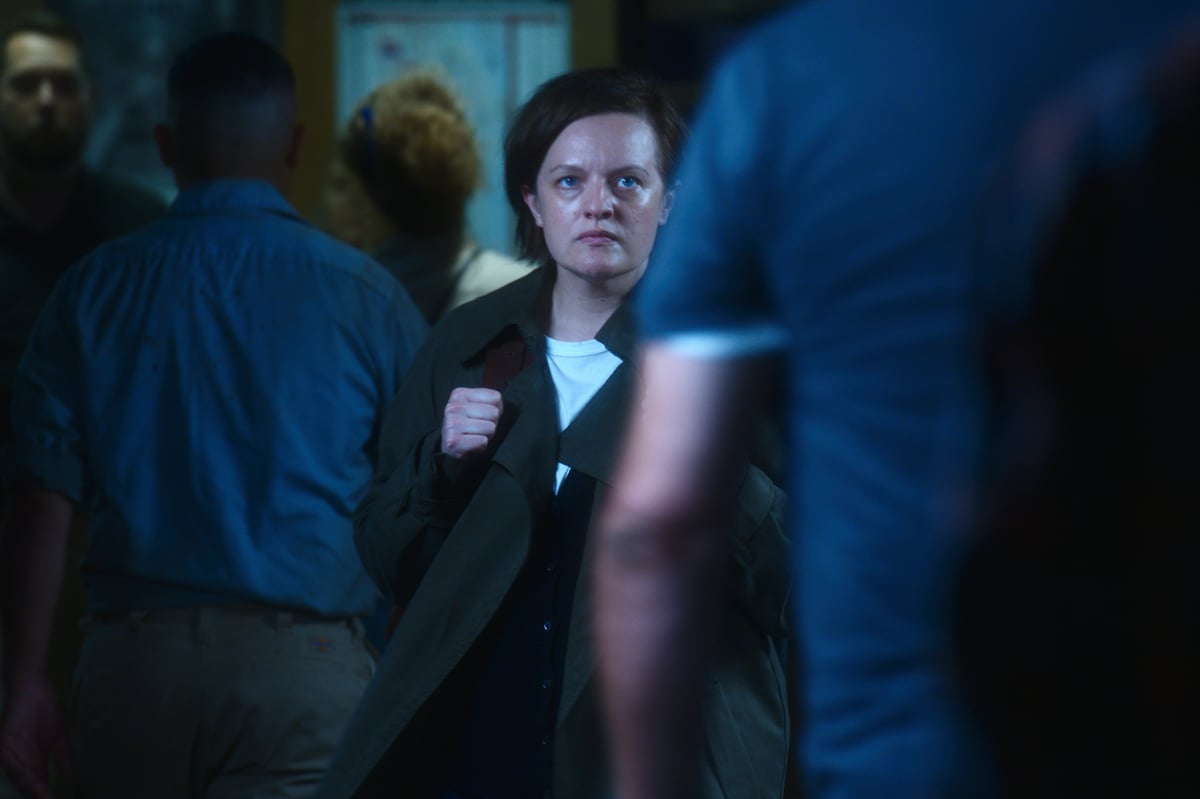 Shining Girls is a prestige thriller with a killer cast: Elisabeth Moss, Jamie Bell, Wagner Moura and Hamilton's Phillipa Soo all star in this TV adaptation of a 2013 novel by Lauren Beukes.

Years after a brutal attack left her in a time loop, Kirby (Moss) discovers that a recent murder is linked to her own assault. She teams up with veteran reporter Dan (Moura) to understand her present, and confront her past.

Vague? Yes, but I simply cannot say more without spoilers.

The most important thing to know is that early reviews indicate something we all know by now: when it comes to TV, Elisabeth Moss never misses.

The first three episodes of Shining Girls premiere on Apple TV+ on April 29, followed by new episodes weekly on Fridays.