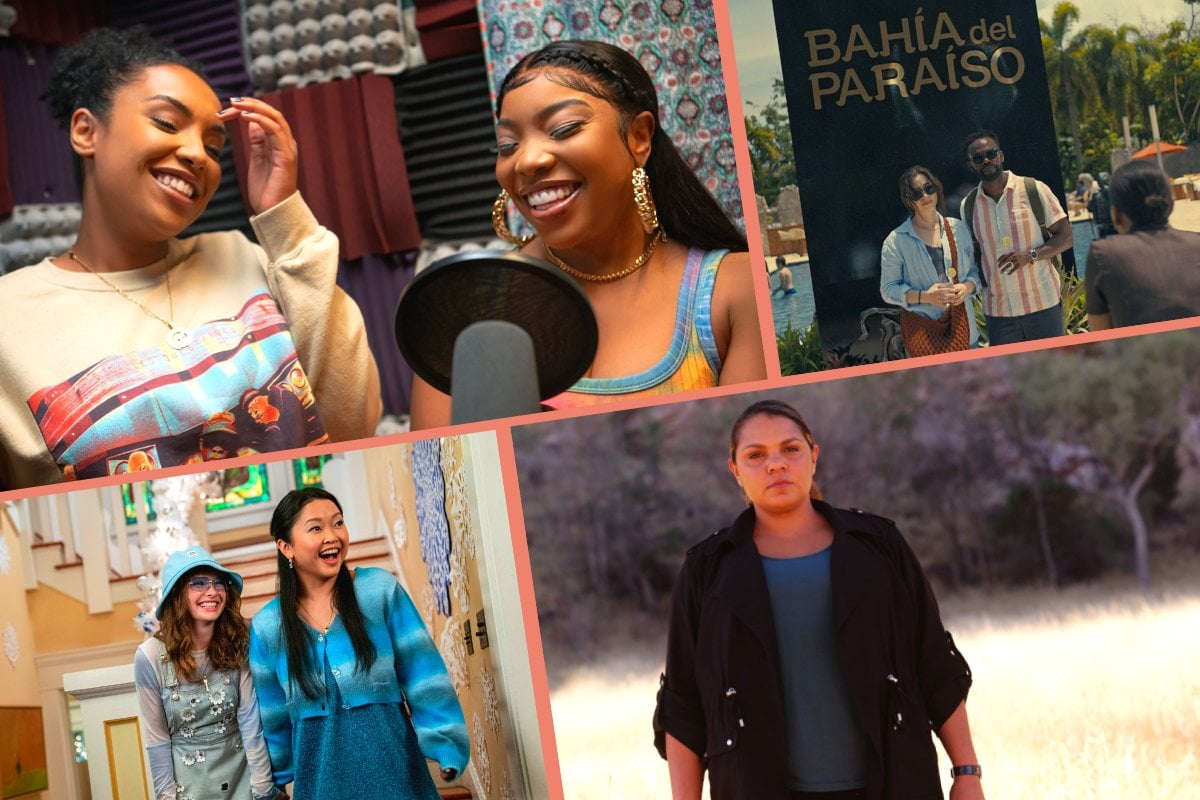 Another month, another great list of television to add to your calendar.

This month sees a highly anticipated TV sequel and the return of RuPaul's Drag Race Down Under, as well as plenty of thriller miniseries to keep you on your toes. (P.S. for more recommendations, follow me on Instagram.)

Without further ado, here are the 12 shows everyone will be watching in July. 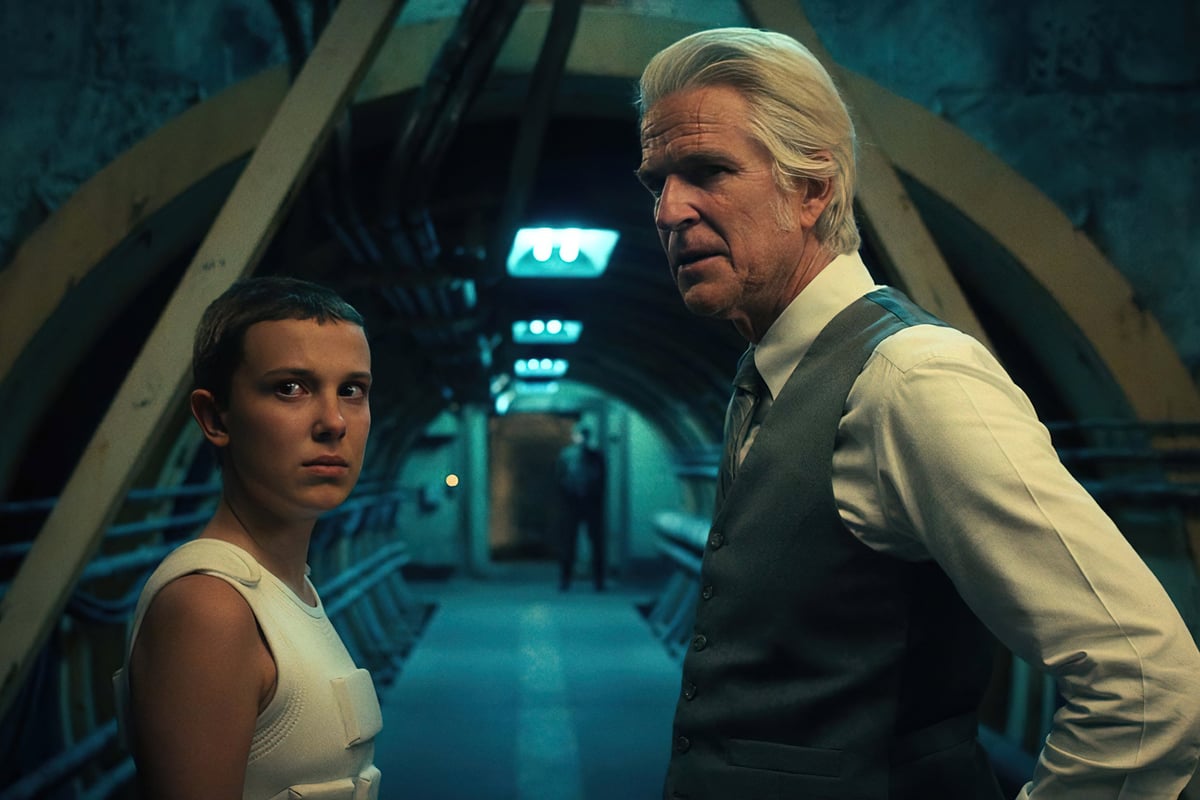 Six weeks after the bulk of Stranger Things' fourth season dropped on Netflix - becoming the most talked about TV series in the world, as well as the reason you're now hearing a 37-year-old Kate Bush song on Top 40 radio again - the highly anticipated Volume 2 is here.

We're expecting big things in the final two episodes of the season, as Eleven and pals try to stop Vecna and save the world for the 400th time. Will everyone (but most importantly, Steve) make it out alive?

Get excited. Sadie Sink herself told us it's going to be worth the wait. 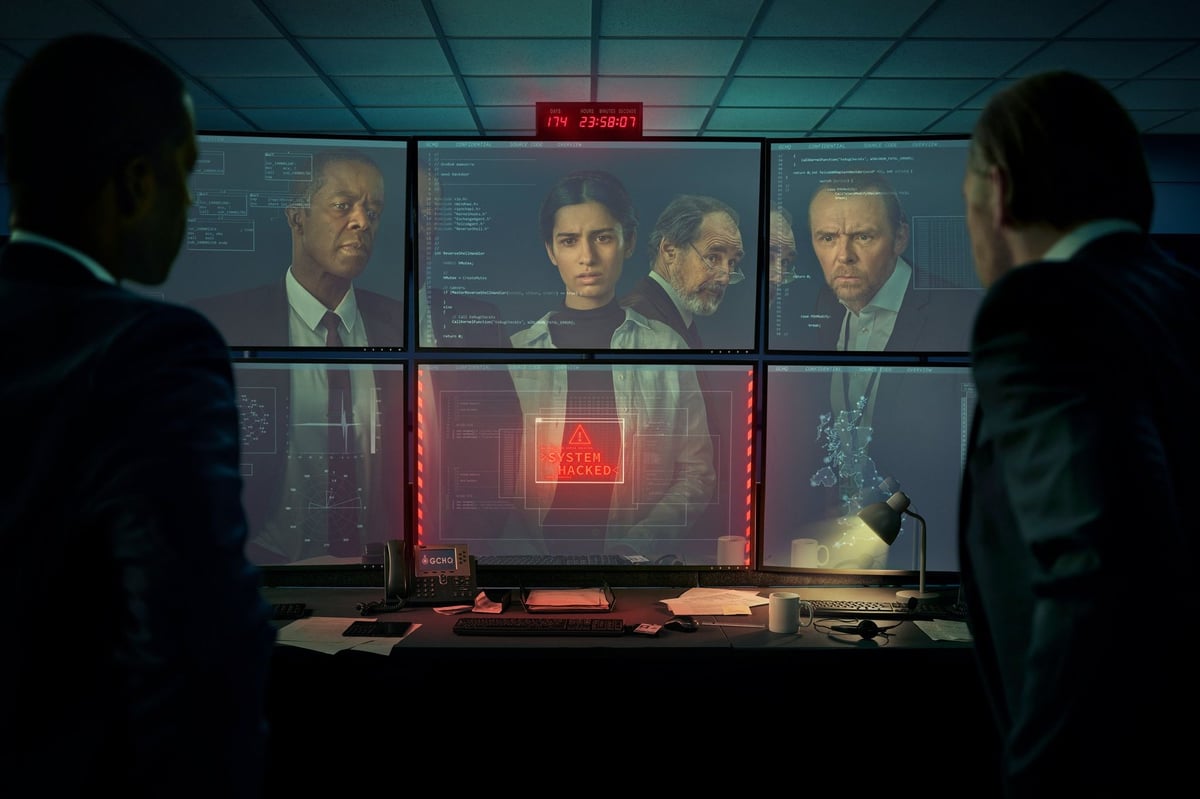 Our current reality is, to put it mildly, a clusterf***.

But it could always get worse?

Okay. That's not as comforting as I thought it would be. However, that's the premise of The Undeclared War, set in the not-so-distant future of 2024 Britain.

The economy is in recession, COVID is still a lingering nuisance, Boris Johnson has lost a coup and is replaced with (another) deeply unlikable prime minister. Oh, and a cyber attack has taken almost the entire country offline, sparking a war against its presumed culprit: Russia.

Look. I agree. It reads like we're just peering through a crystal ball.

The six-part series centres around Saara (Hannah Khalique-Brown), an intern on her first day at intelligence agency GCHQ when the malware attack takes place. She must push back against the agency's difficult management - headed by Simon Pegg as Danny Patrick - to help stop things from getting, somehow, even more terrible.

All episodes of The Undeclared War premiere on Stan on July 1. 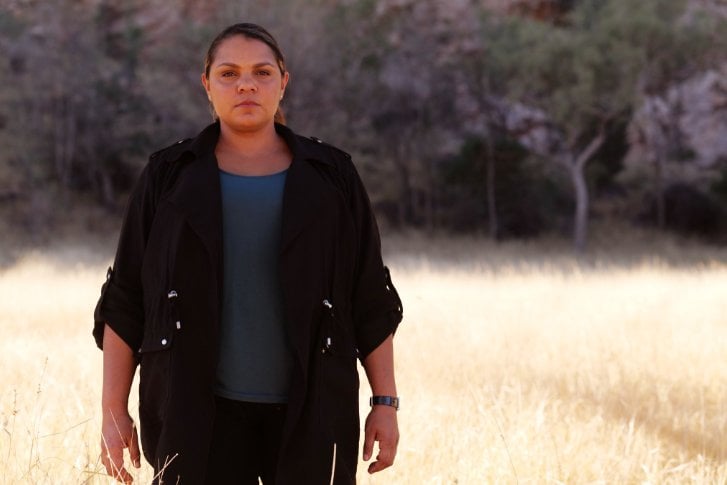 The four-part crime drama follows Detective Toni Alma (Wentworth's Rarriwuy Hick), as she is assigned to investigate a suspicious car accident in Perdar Theendar, the fictional First Nations community she left as a child.

Soon, Detective Alma finds herself involved in an epic murder mystery, exploring culture, community, family and one woman's pursuit to find where she belongs within it all.

Expect plenty of twists, turns, and the Arrernte peoples connection to art to be at the centre of this miniseries.

True Colours premieres on SBS and NITV July 4-7 at 8.30pm, and will also be available on SBS On Demand. 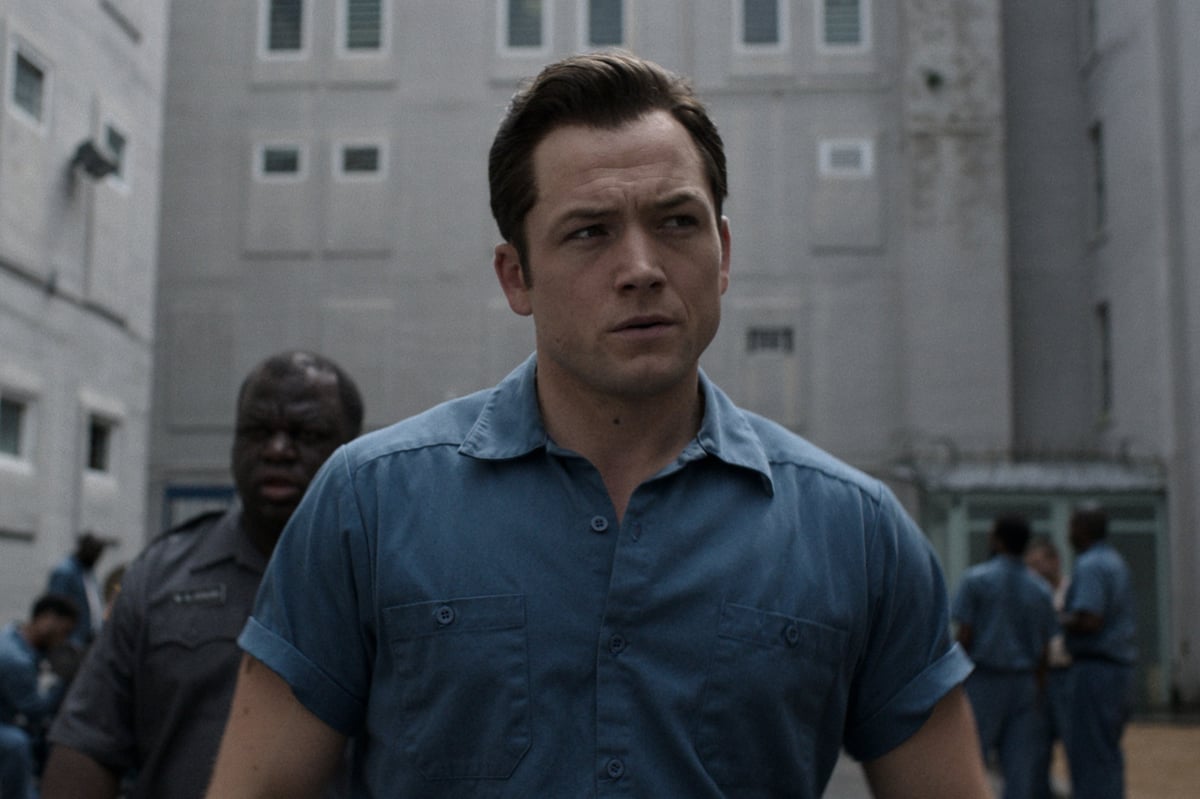 Taron Egerton stars in this gritty psychological thriller, adapted from the true crime memoir In With The Devil: A Fallen Hero, A Serial Killer, and A Dangerous Bargain for Redemption by James Keene and Hillel Levin.

Egerton plays Jimmy Keane, who is given a choice after being sentenced to 10 years in a minimum security prison: serve his full sentence, or lessen his time behind bars by helping police. The mission? Enter a maximum-security prison for the criminally insane, befriend suspected serial killer Larry Hall and uncover where he's buried the bodies of several young girls.

But the show then raises the question: is Hall telling the truth or just making up a tale? 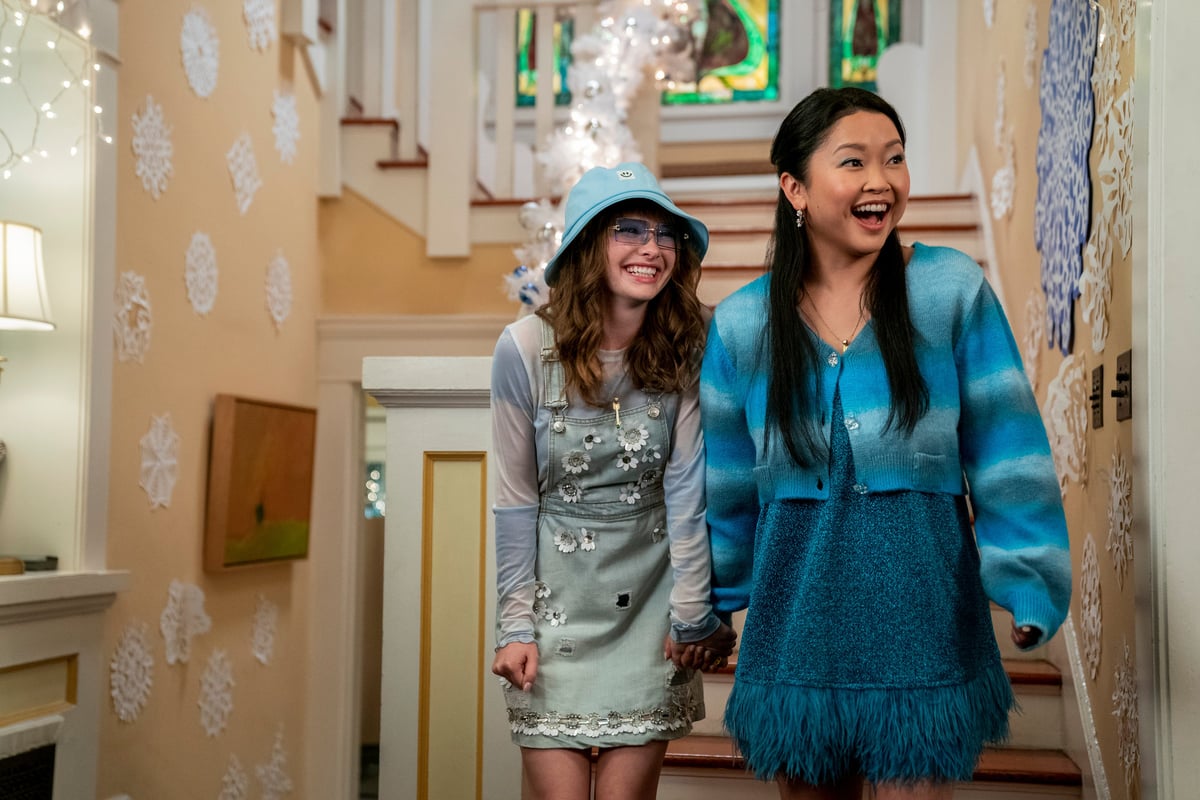 Boo, Bitch stars Netflix favourite Lana Condor (To All The Boys I've Loved Before) as Erika, a high school senior who has mostly spent her life as a wallflower.

Over the course of one night, she decides to change her narrative and start living a more exciting life... only to realise she's "a motherf*%king ghost", as the Netflix description puts it. 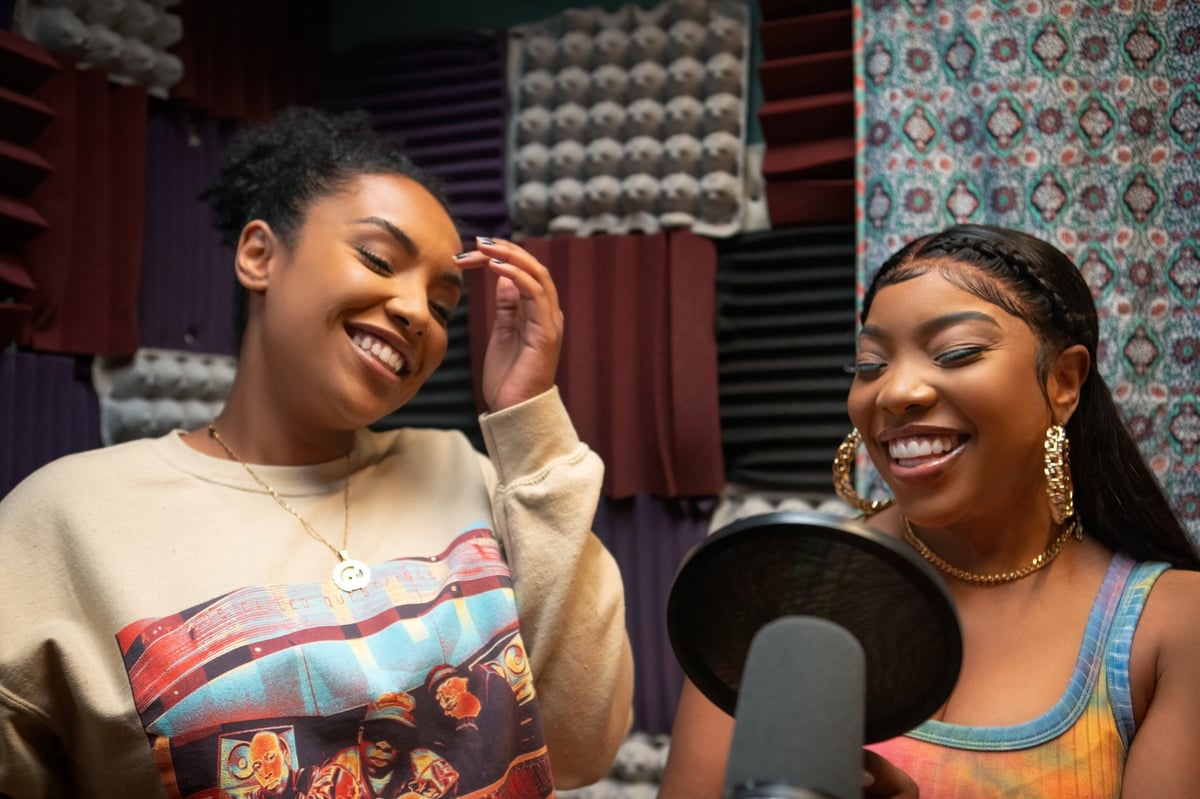 Less than a year after the (perfect, emotional) end of Insecure, TV genius Issa Rae is back with Rap Sh!t.

The series promises to be just as fun and chaotic as you'd expect, as the pair navigate trying to make their rap dreams come true. And just like Los Angeles in Insecure, the city of Miami is set to be celebrated as a character in its own right.

The Most Hated Man on the Internet - Netflix 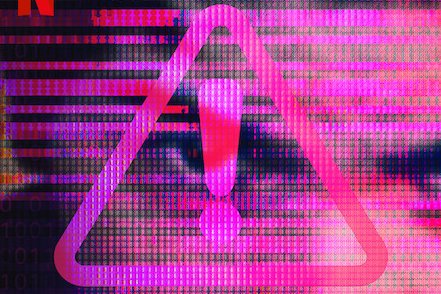 Despite uproar, Moore refused to take the pictures down, calling himself a "professional life ruiner" and establishing a disturbing cult following.

The Most Hated Man on the Internet features interviews with people who fought to have their images taken down, law enforcement and crusaders who were determined to take Moore down, including a mother intent on protecting her daughter.

The Most Hated Man on the Internet arrives July 27 on Netflix. 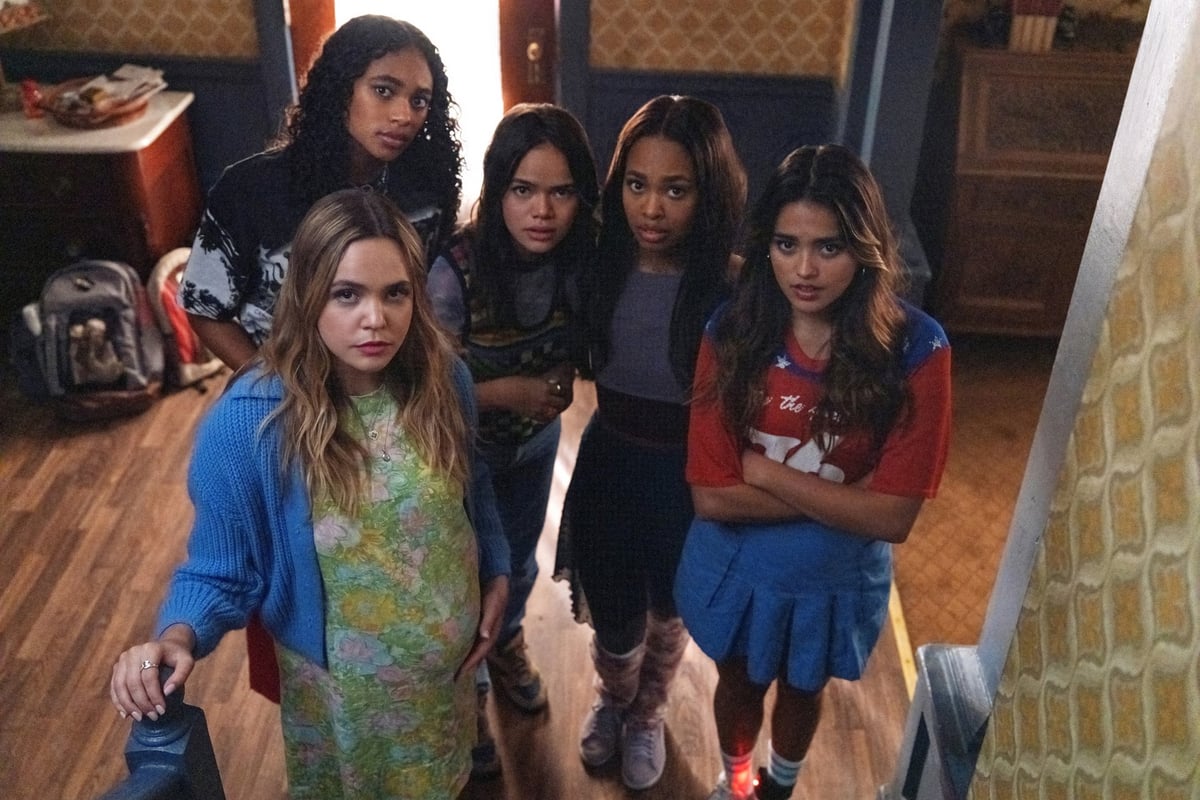 Don't pretend you're not curious about this one.

After a couple of fantastic seasons, the original Pretty Little Liars became the most ridiculous thing on television (I'm convinced it walked so Riverdale could run). But hey, apparently it's ripe for a reboot.

Twenty years ago, a series of tragic events almost ripped the blue-collar town of Millwood apart. Now, in the present day, a new group of teen girls is being tormented by an unknown assailant. No word on if any of them have secret twins (IYKYK).

The new generation of Little Liars are played by both new and familiar faces, with the cast including Bailee Madison (Bridge to Terabithia, Once Upon a Time), Chandler Kinney, Zaria, Malia Pyles, and Maia Reficco. 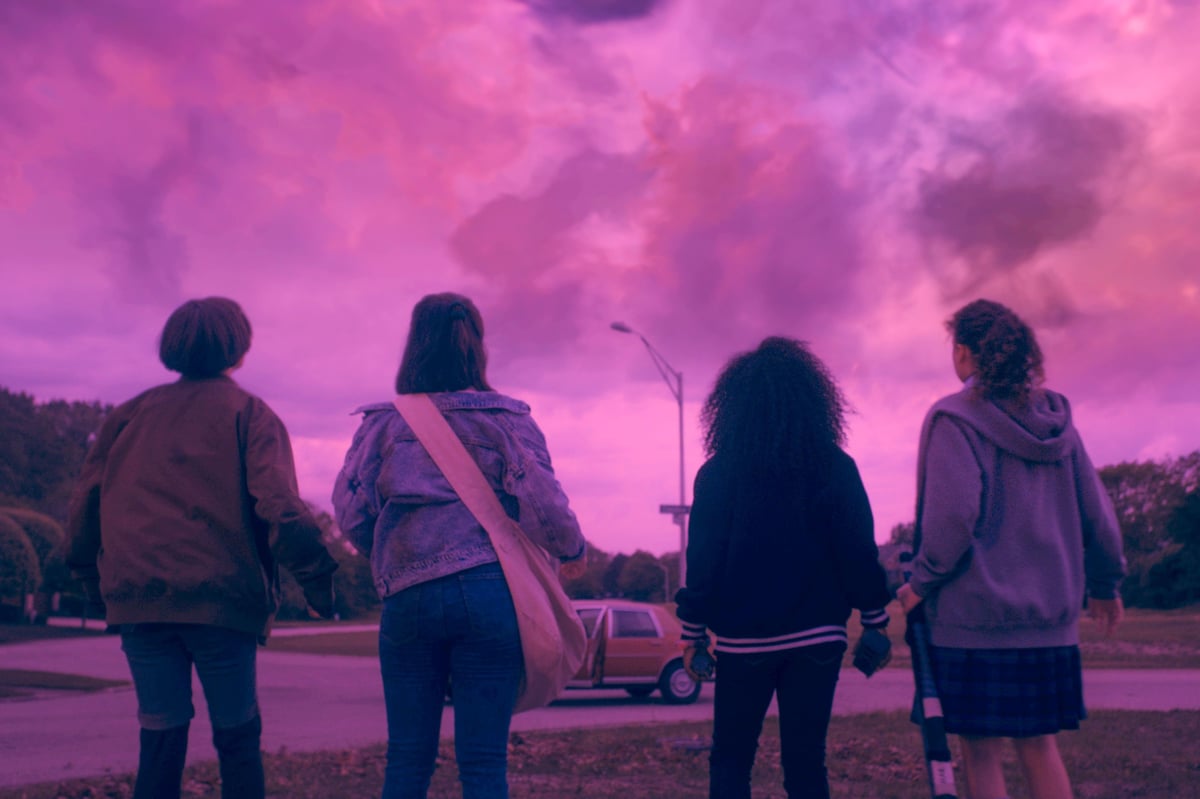 In the early morning hours after Halloween 1988, four paper girls—Erin, Mac, Tiffany, and KJ—are out on their delivery route when they become caught in the crossfire between warring time-travellers, changing the course of their lives forever.

Transported into the future, these girls must figure out a way to get back home to the past, a journey that will bring them face-to-face with the grown-up versions of themselves.

While reconciling that their futures are very different to how their 12-year-old selves imagined, they are being hunted by a militant faction of time-travellers known as the Old Watch, who have outlawed time travel so that they can stay in power.

In order to survive, the girls will need to overcome their differences and learn to trust each other, and themselves.

Think Stranger Things meets Yellowjackets, with the bonus of the hilarious Ali Wong in a starring role. 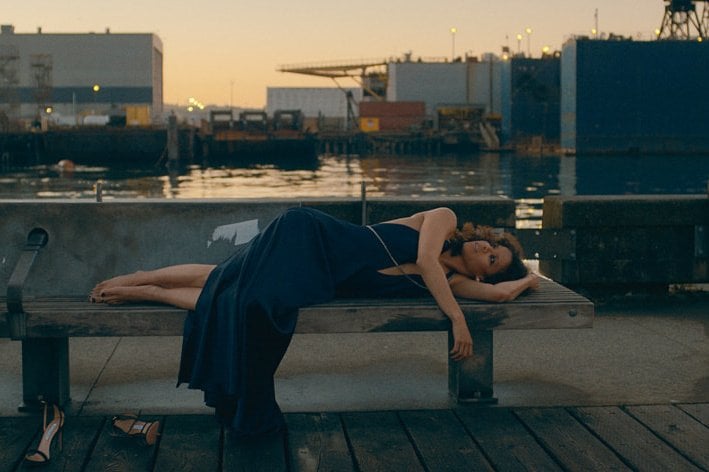 In this psychological thriller, Gugu Mbatha-Raw (Morning Wars) stars as Sophie, a woman who has suffered a traumatic head injury that has left her with extreme memory loss, believed to be a result of a suicide attempt.

As Sophie embarks on a quest to put the pieces of her life back together with the help of her husband and friends, she begins to question whether or not the truth she is told is in fact the truth she has lived.

Through twists and turns and an unexpected love triangle, the eight-part series asks: What if you woke up one day and didn't know your own secrets? 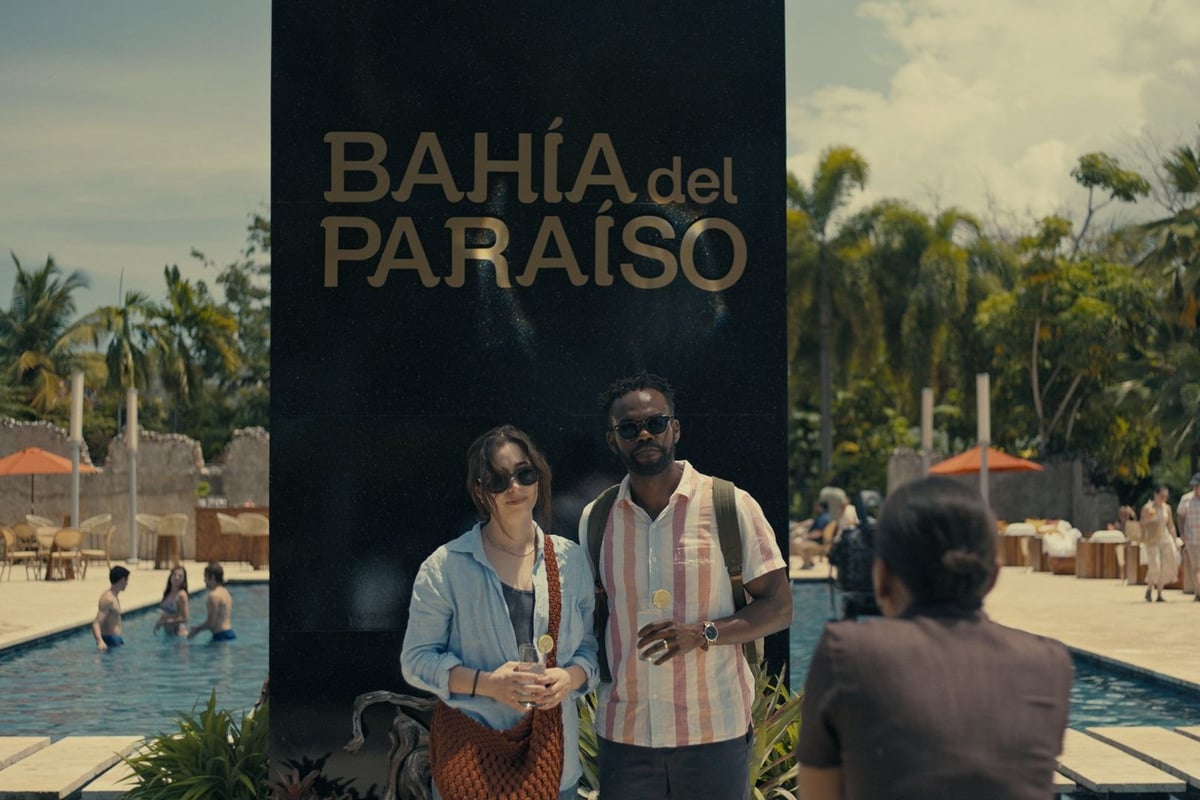 A comedic thriller starring The Good Place's William Jackson Harper? Okay, well, that sounds like the show of my dreams.

In The Resort, Harper and Cristin Milioti (Made for Love) star as a married couple celebrating their 10th wedding anniversary on a tropical vacation in the Mayan Riviera.

There, their marriage is put to the test when they unexpectedly find themselves pulled into a strange, unsolved mystery that occurred 15 years earlier.

It's a bit mystery, a bit romance, and a lot about feeling stuck, getting older and the disappointment of time.

The Resort premieres with the first three episodes July 29 on Stan, followed by new episodes weekly. 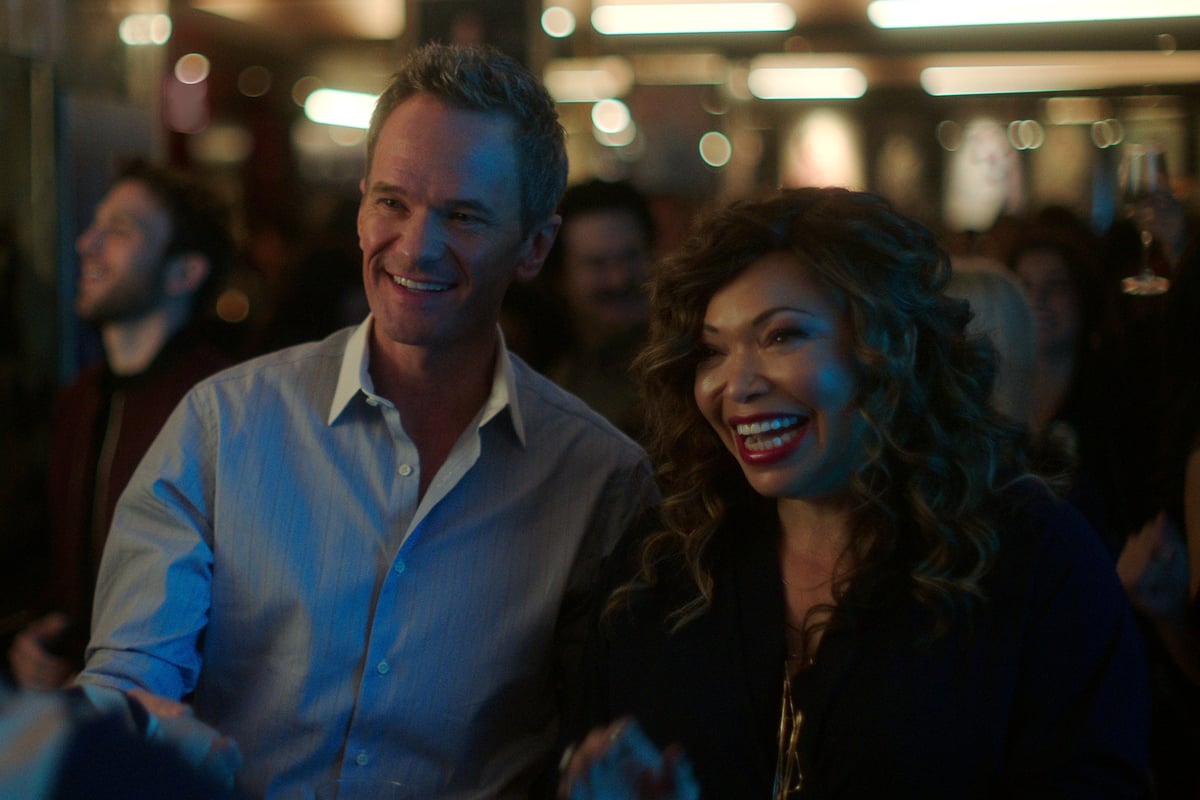 Since Emily in Paris is such a success (on account of being the guiltiest of all pleasures, let's be honest), Netflix and Sex and the City creator Darren Star have teamed up again for Uncoupled.

Neil Patrick Harris stars as Michael, whose life is pulled out from under him when his partner of 17 years blindsides him and walks out the door.

This leaves Michael with a couple of problems: 1. figuring out who he is without the man he thought was his soulmate and 2. suddenly finding himself as a single gay man in his mid-40s in New York City's brutal dating scene.

RuPaul's Drag Race Down Under - Stan 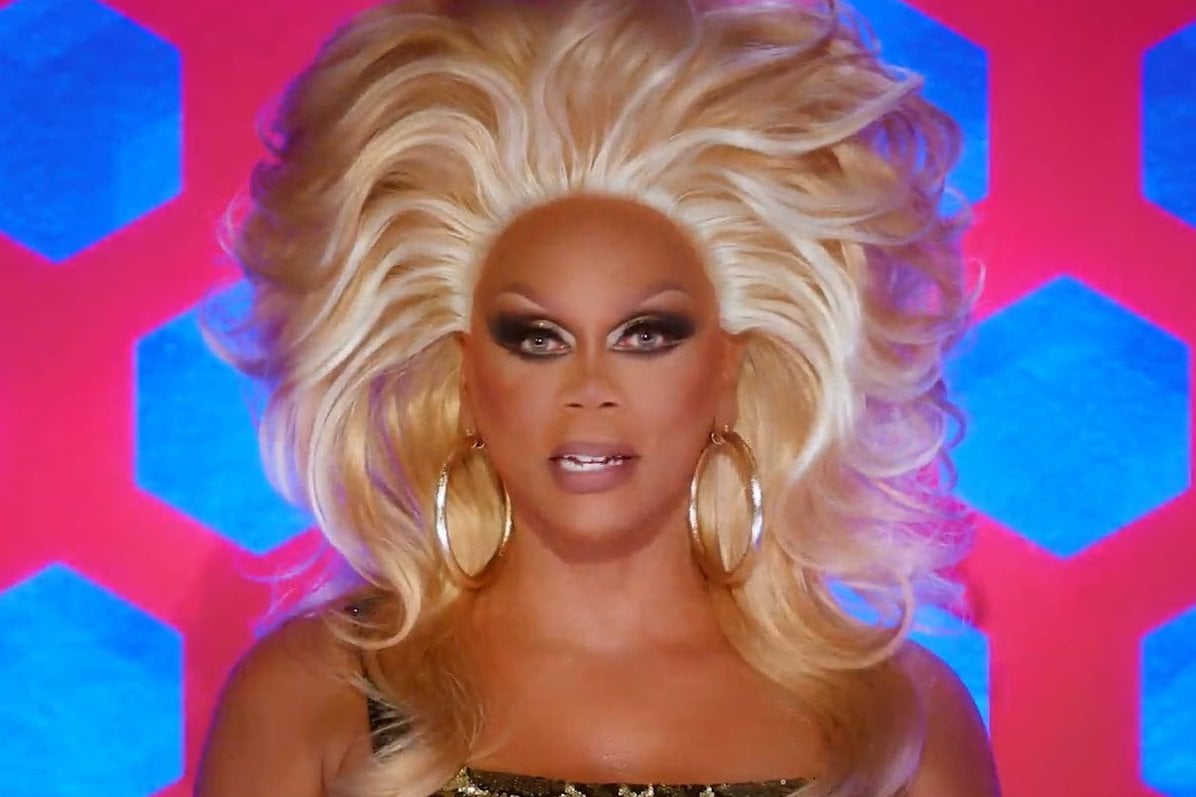 Racers, start your engines, because RuPaul's Drag Race Down Under - the greatest drag competition in all the land - is back.

Just like last season, we will be watching in anticipation as some of Australia and New Zealand's best drag queens sashay away in a bid to become Down Under's next drag superstar.

Mama Ru, Michelle Visage and Rhys Nicholson will all return for the second season, but we're waiting to learn who the 10 queens taking the stage and giving it all they've got will be.

Chelsea McLaughlin is Mamamia's Senior Entertainment Writer and co-host of The Spill. For more pop culture takes, recommendations and sarcasm, you can follow her on Instagram.

T
taintedblackcat a month ago

Reply
Upvote
Keen to watch True Colours. Love a good murder mystery and even better when it’s hone grown and on abc (because that’s generally an indicator it’s not pure trash!)
F
fightofyourlife a month ago

Reply
Upvote
The big twist of Stranger Things S4P1 was spoiled for me and I was turned right off watching it. :\