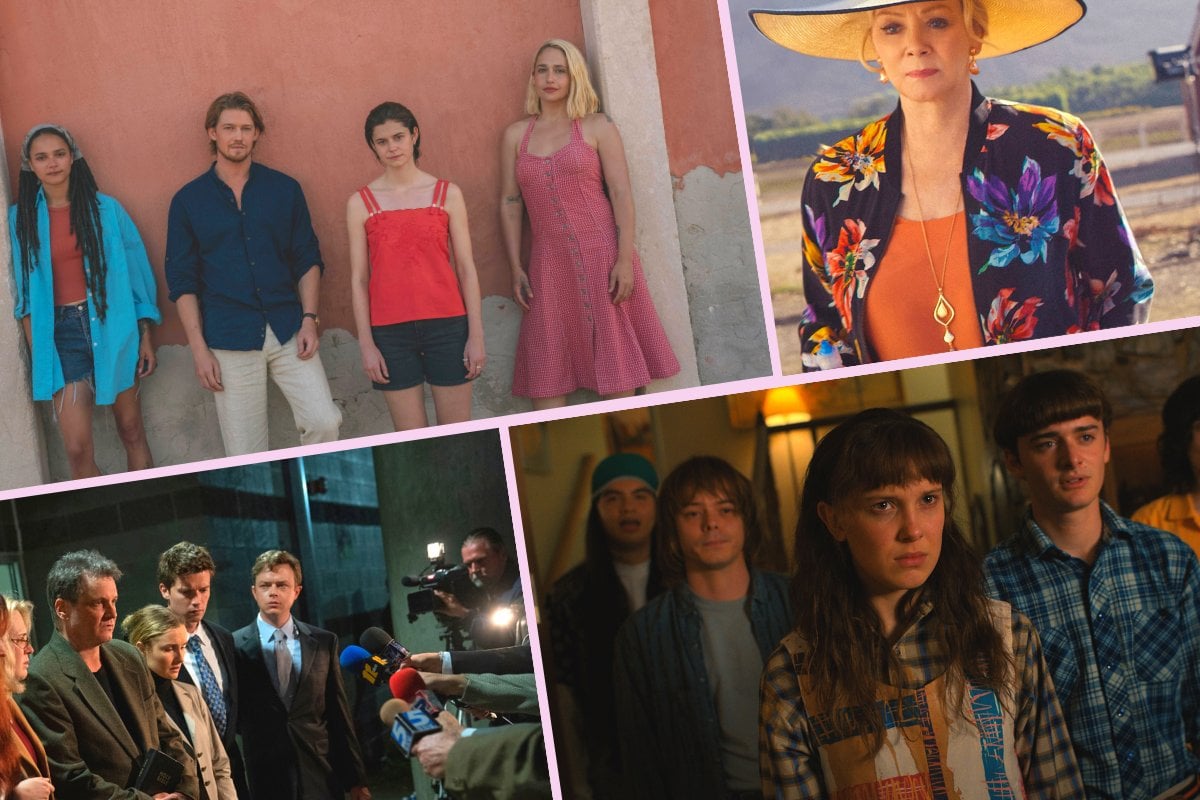 Welcome to another month, which means... another long list of quality television to sink your teeth into.

May is a goodie: we've got some highly anticipated series returns to get excited for, a couple of interesting biopics, true crime documentaries that promise to be stranger-than-fiction, and the second-coming of Sally Rooney novels-turned-prestige TV shows.

Without further ado, here are the 13 shows everyone will be watching in May. 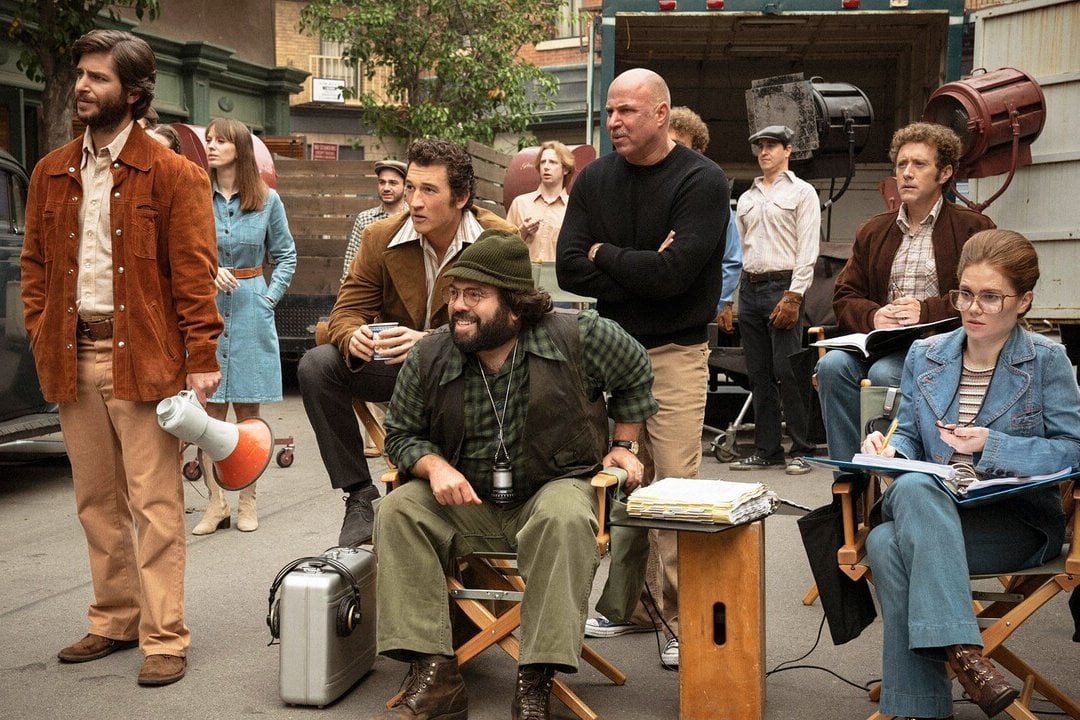 The Offer does this cool Hollywood thing where it takes a fictionalised story and dramatises the creation of it. Yes, it's meta and self-indulgent, but it beats another reboot.

In this case, it's a biographical drama miniseries about the creation of The Godfather, a.k.a one of the greatest films of all time.

The behind-the-scenes tale focuses on producer Al Ruddy, played by Miles Teller, who works tirelessly to get the movie made. The gangster film had a notoriously bumpy production, with issues about direction, casting and uh, the involvement of real mobsters.

The Offer premieres April 29 on Paramount+ (and yes I know that's not May but shhhhhh, close enough.) 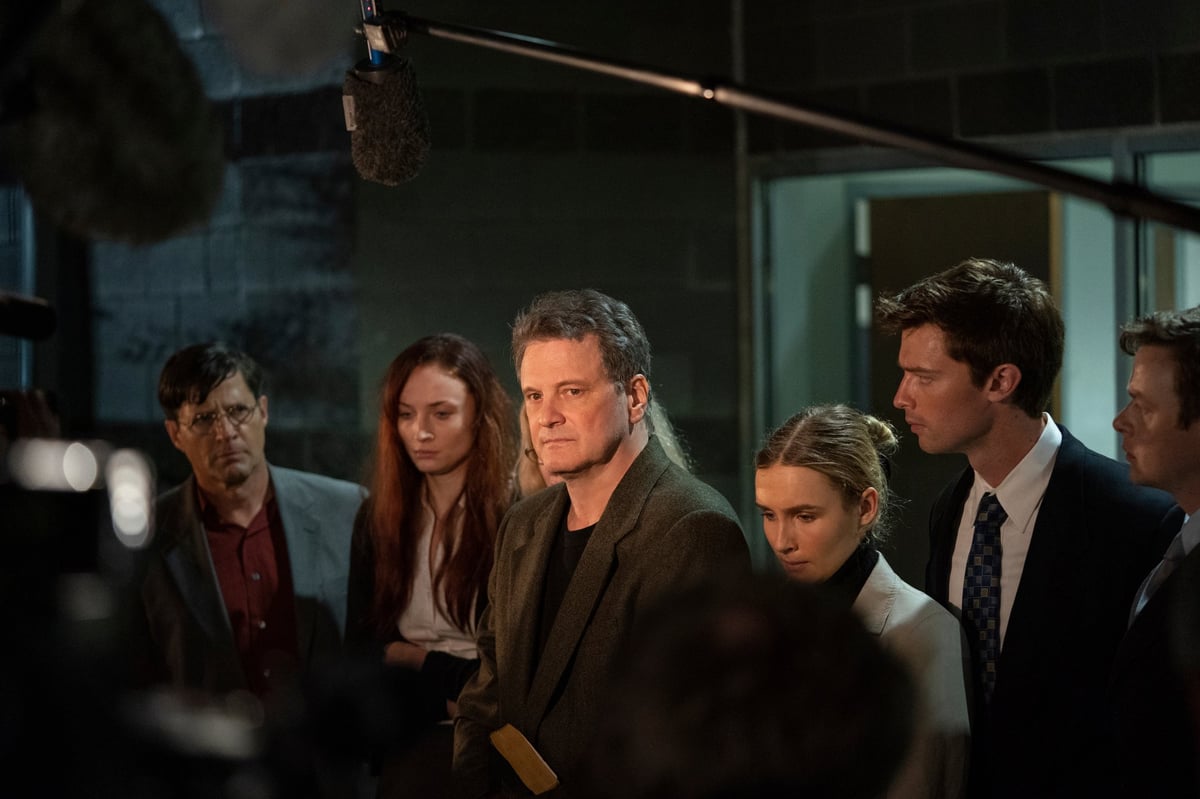 Starring Colin Firth and Toni Collette, The Staircase kicks the month off with some true crime.

The eight-part miniseries is based on the 2004 true crime docuseries of the same name. The 2004 docuseries caused a real commotion - remember the "Owl Theory"? (If you don't know what I'm talking about, don't worry, it will likely be in the fictionalised retelling.)

The Staircase tells the true story of crime novelist Michael Peterson, who was accused of bludgeoning his wife Kathleen to death after she was found dead at the bottom of a staircase in their home.

The Staircase premieres May 5 on Binge. 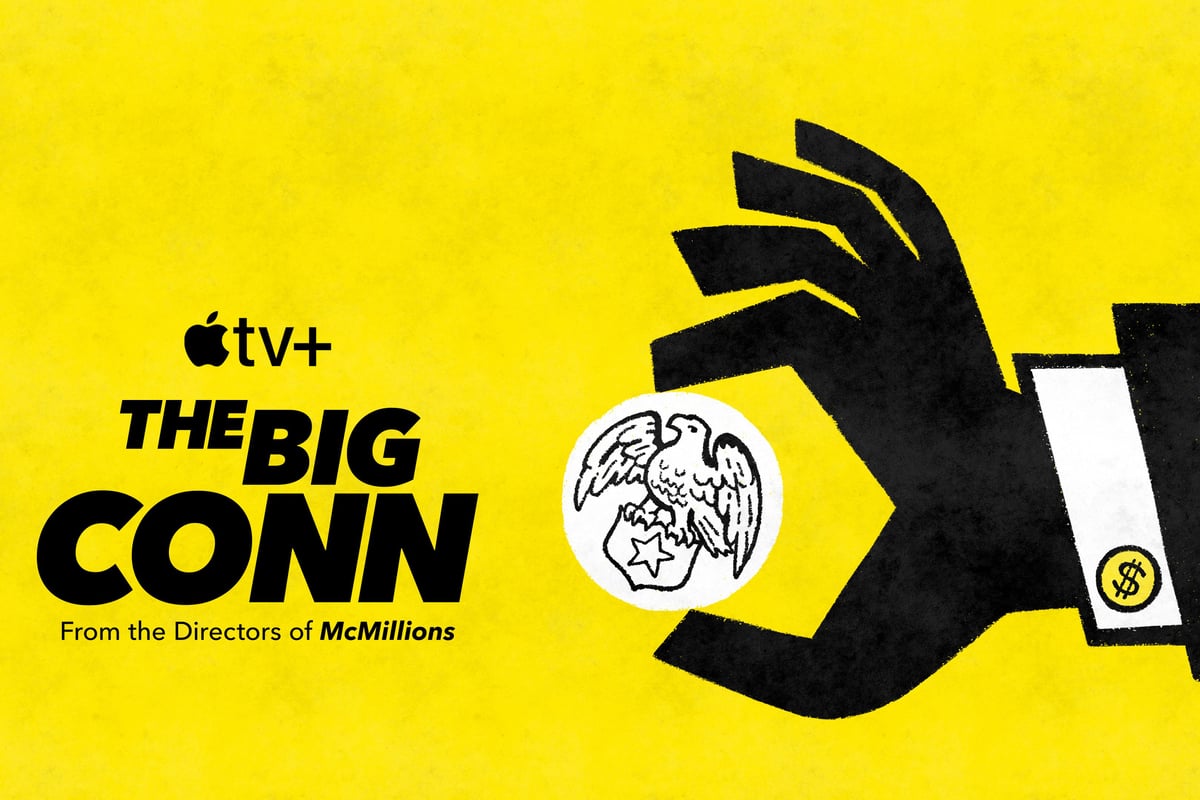 The Big Conn tells the story of attorney Eric C. Conn (SERIOUSLY) who defrauded the US government and taxpayers over half a BILLION dollars in a social security scam.

And uh, that's not even the craziest part: the four-part series will show his transformation from lawyer to local celebrity, his lobbying to be 'the first lawyer in space' and a Halloween-themed brothel.

Intertwined between the absurd are real-world accounts from clients who went to Conn for help, and ended up getting the opposite.

It's one hell of a ride.

The Big Conn premieres May 6 on Apple TV+. 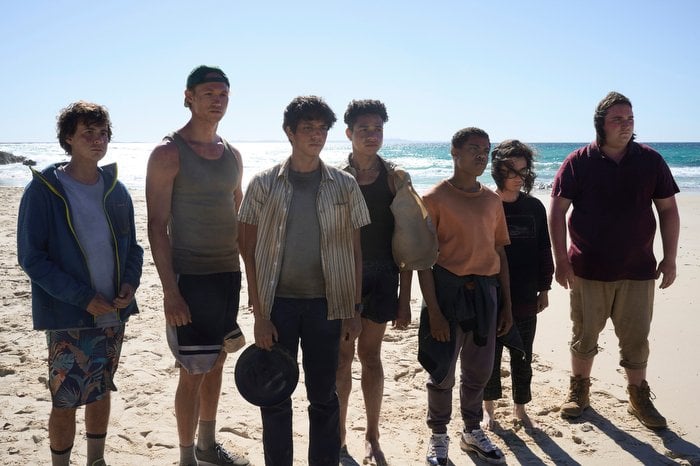 WARNING: The below contains SPOILERS for season one of The Wilds.

In season one of The Wilds, we meet a group of teenage girls who find themselves stranded on a deserted island with no recollection of how they got there.

Now - and if you haven't seen season one yet, turn back now because we can't talk season two without spoilers - the mysterious test continues with both the girls and... a new island of teenage boys.

All under the watchful eye of Rachel Griffiths' terrifying character Gretchen, of course.

The Wilds season two premieres on Amazon Prime Video on May 6. 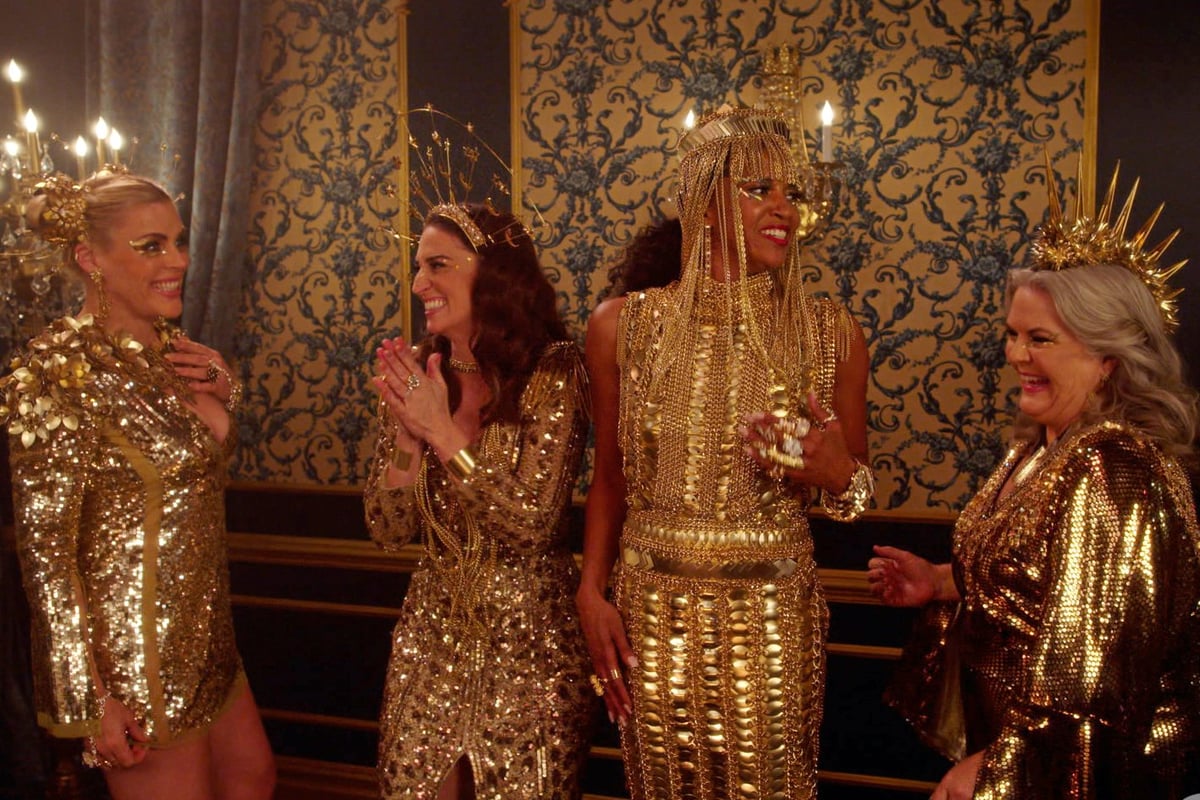 Here we have another returning series - and this one's more 'girl band power' than 'battle for survival'.

Girls5eva is essentially a pop song come to life. Starring Sara Bareilles, Busy Philipps, Renée Elise Goldsberry and Paula Pell, the series follows a one-hit-wonder band from the 90s as they get a second shot at fame.

After reuniting, season two sees the women embarking on the next chapter in their big comeback: making their first studio album on their own terms.

The new season of Girls5eva premieres May 6 on Stan. 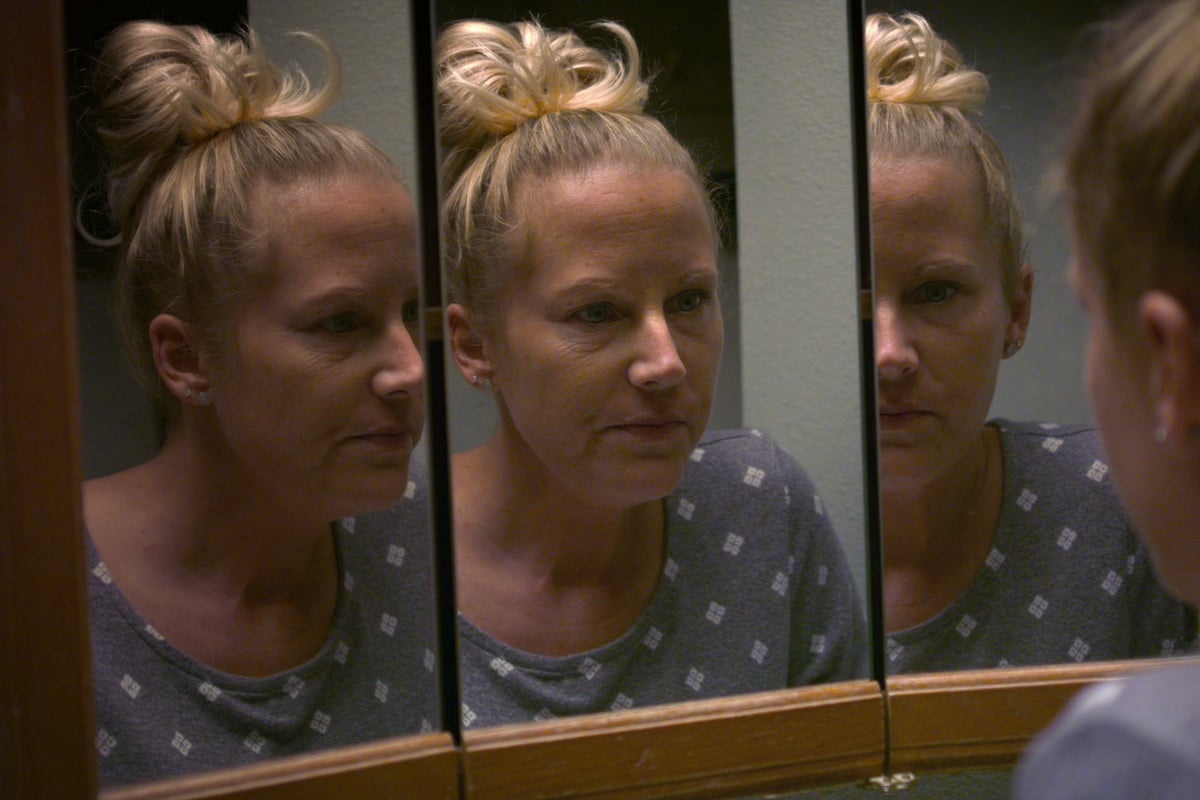 Jacoba Ballard was an only child, conceived via donor sperm, who always dreamed of having a brother or sister. An at-home DNA test led her to the discovery of not one but seven half-siblings–a number that defied best practices in fertility medicine.

As the group set out to learn more about their curious family tree, they soon discovered the truth: Their parents' fertility doctor had been inseminating his patients with his own sperm – without their knowledge or consent.

Even if you don't know Dr Donald Cline by name, you have probably heard the story of the fertility doctor who secretly fathered dozens of children.

Netflix's latest true crime documentary goes deep on this story and the half-siblings' quest for justice.

Our Father drops May 11 on Netflix. 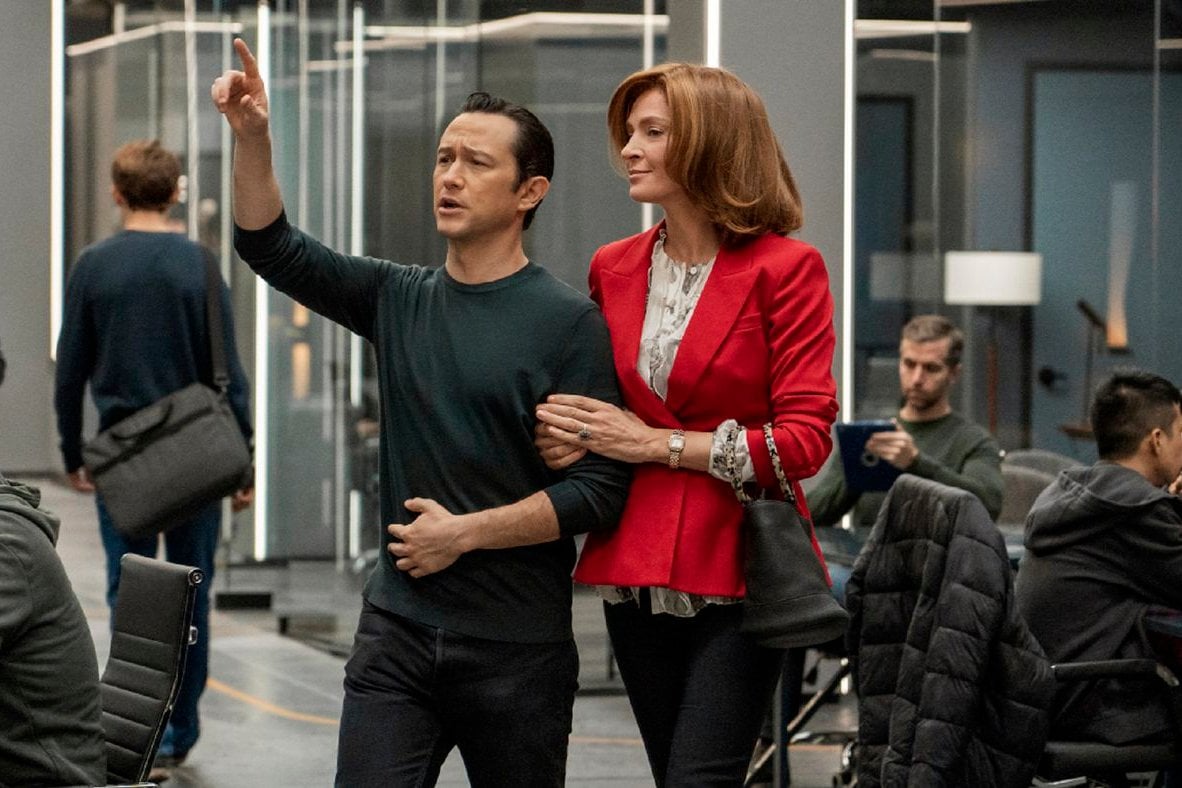 Kalanick was ultimately ousted in a boardroom coup after tense internal and external battles.

The series also stars Kyle Chandler as Kalanick's mentor Bill Gurley, a Texan venture capitalist who bets his reputation on Uber's success, and Uma Thurman as Arianna Huffington, the savvy businesswoman and co-founder of The Huffington Post, who was an Uber board member.

Super Pumped: The Battle For Uber premieres May 12 on Paramount+. 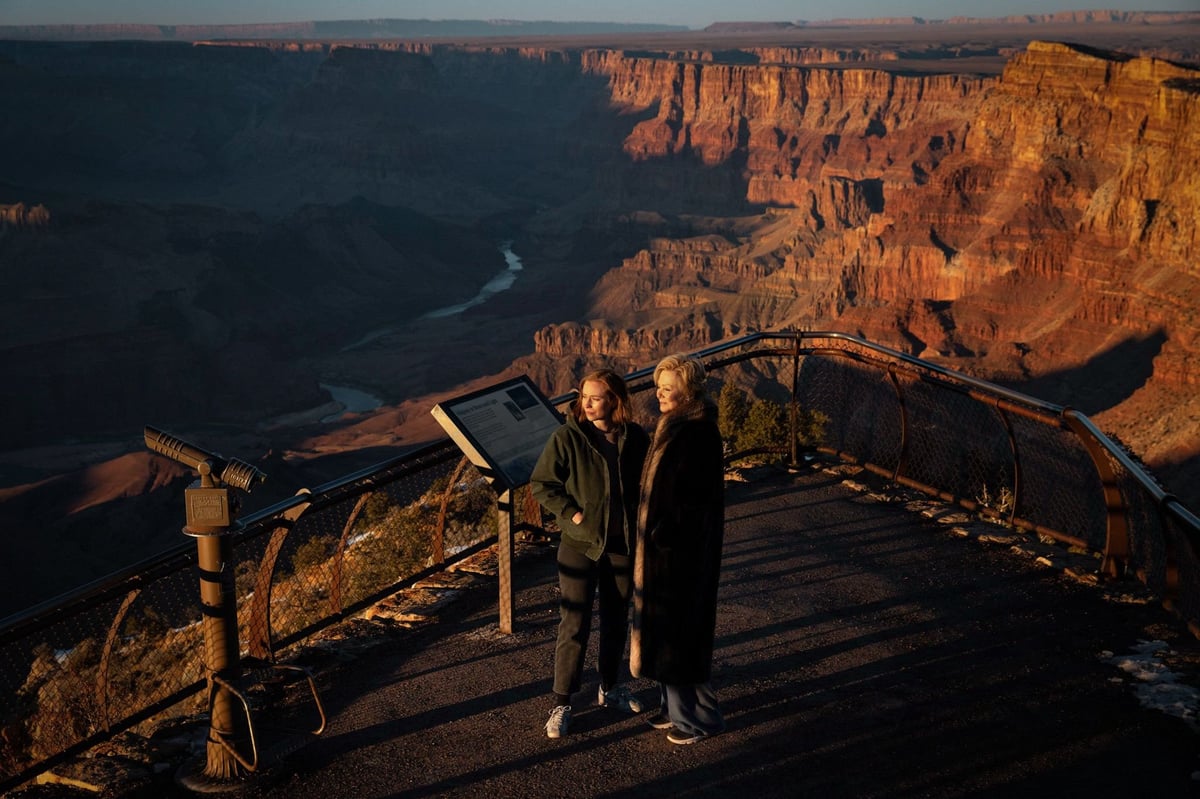 In my humble opinion, Hacks was 2021's greatest new series, so I am stoked it is back for round two, especially so soon!

Season two picks up directly after the events of the season one finale, with Deborah and Ava hitting the road to workshop Deborah's new stand-up routine in front of audiences across the US. 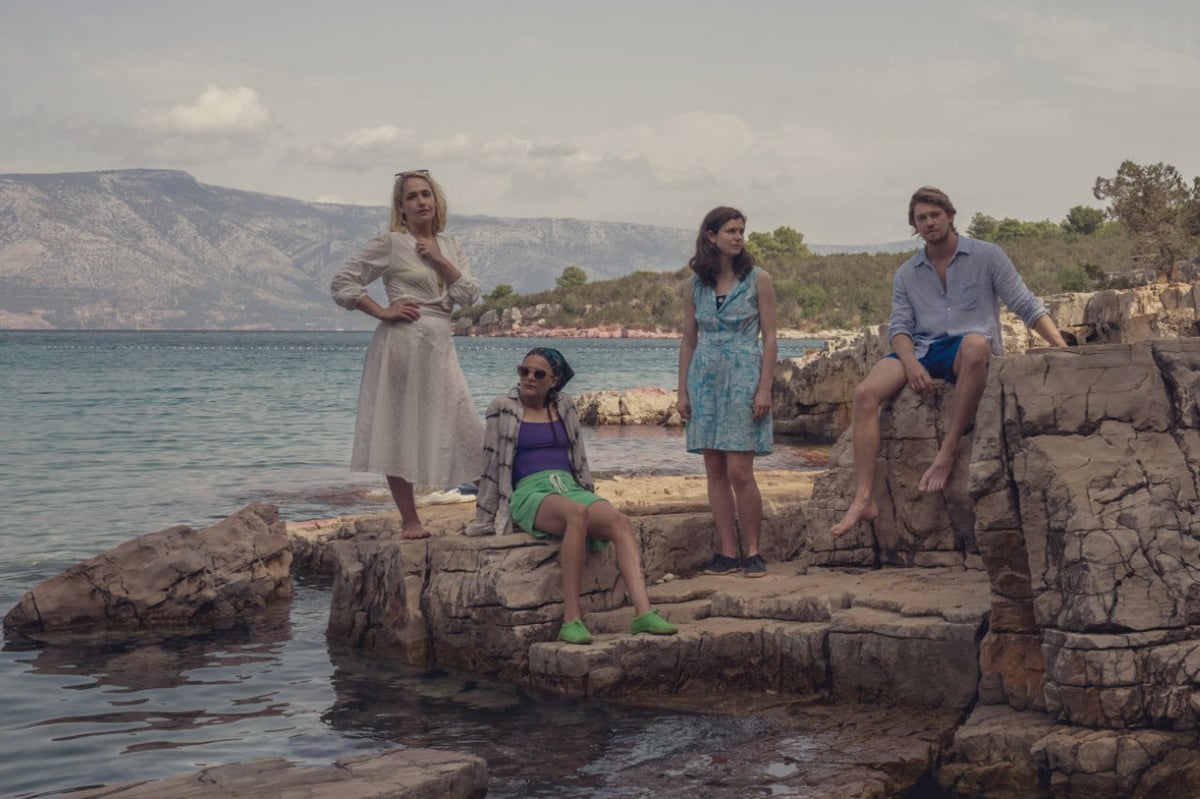 Do you remember the wave of thirst that took the world by storm in April 2020, courtesy of a character called Connell, his chain necklace, and the TV adaptation of Sally Rooney's novel Normal People?

Like Normal People, Conversations With Friends is set in Ireland and explores class dynamics, complicated romances and self-destructive behaviour.

As Frances and Nick begin an affair and Bobbi and Melissa's relationship gets murky too, the friends take sides in the other couple's marriage, which obviously has plenty of consequences for their own relationships.

Conversations With Friends premieres May 16 on Amazon Prime Video. 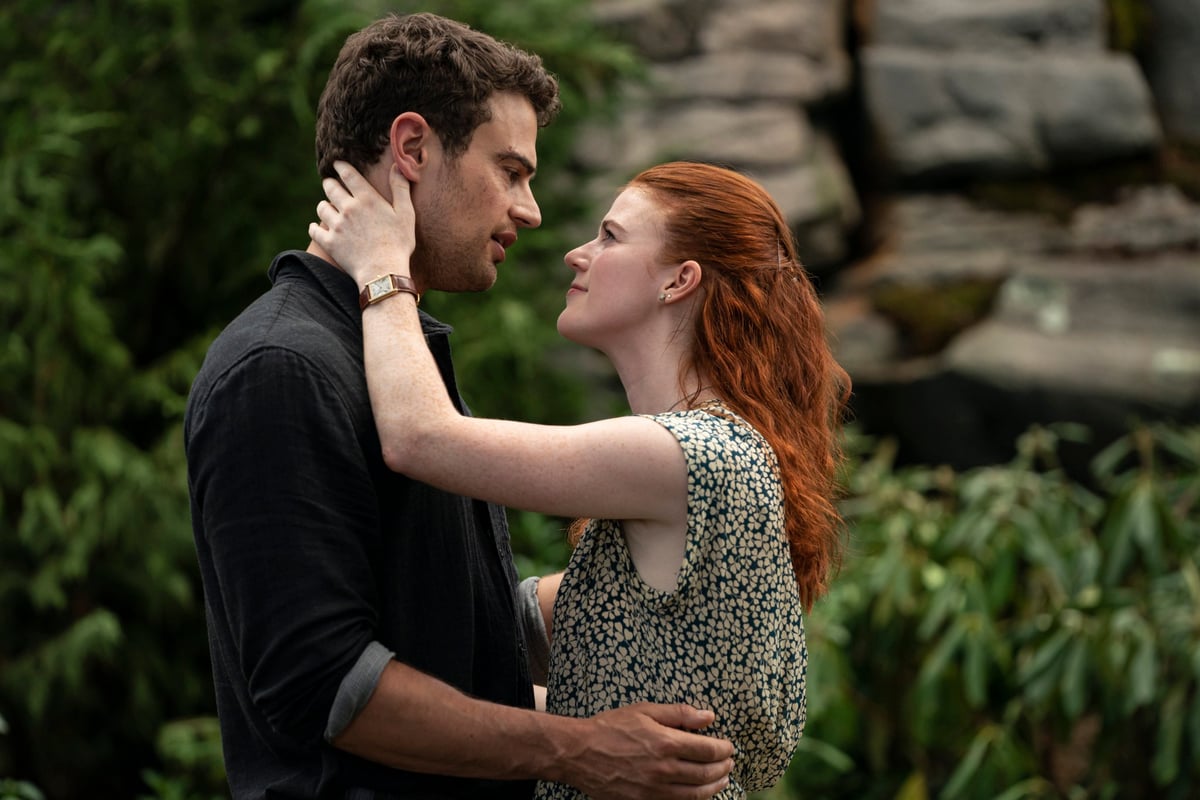 Oh yes. After the lukewarm reception to the 2009 movie, Audrey Niffenegger's beloved novel is once again being adapted.

This time, it's as a six-part drama starring Theo James and Rose Leslie.

The story, for the uninitiated, focuses on the love story between their characters, Clare and Henry, whose marriage is somewhat complicated by frequent absences on account of... time travel.

The Time Traveler's Wife premieres May 16 on Binge. 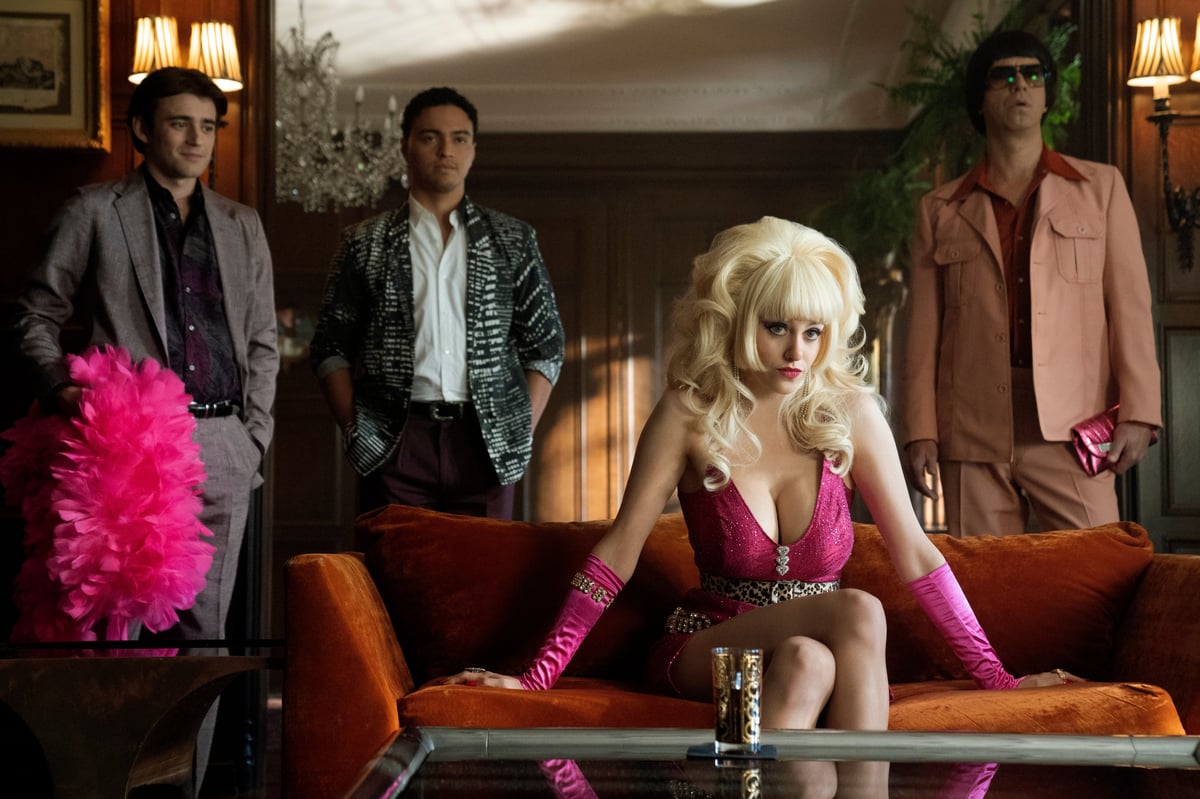 You won't know her by name, but Angelyne is sometimes called the original influencer.

In this dramatised series, Emmy Rossum stars as the Los Angeles media personality who rose to prominence in 1984 after appearing on a series of iconic billboards around the city.

The series is based on The Hollywood Reporter's 2017 investigative article into her real identity, which had remained a mystery for decades, and tells the story of fame, identity and influencer culture, long before we even knew what that was.

Angelyne drops May 20 on Stan. 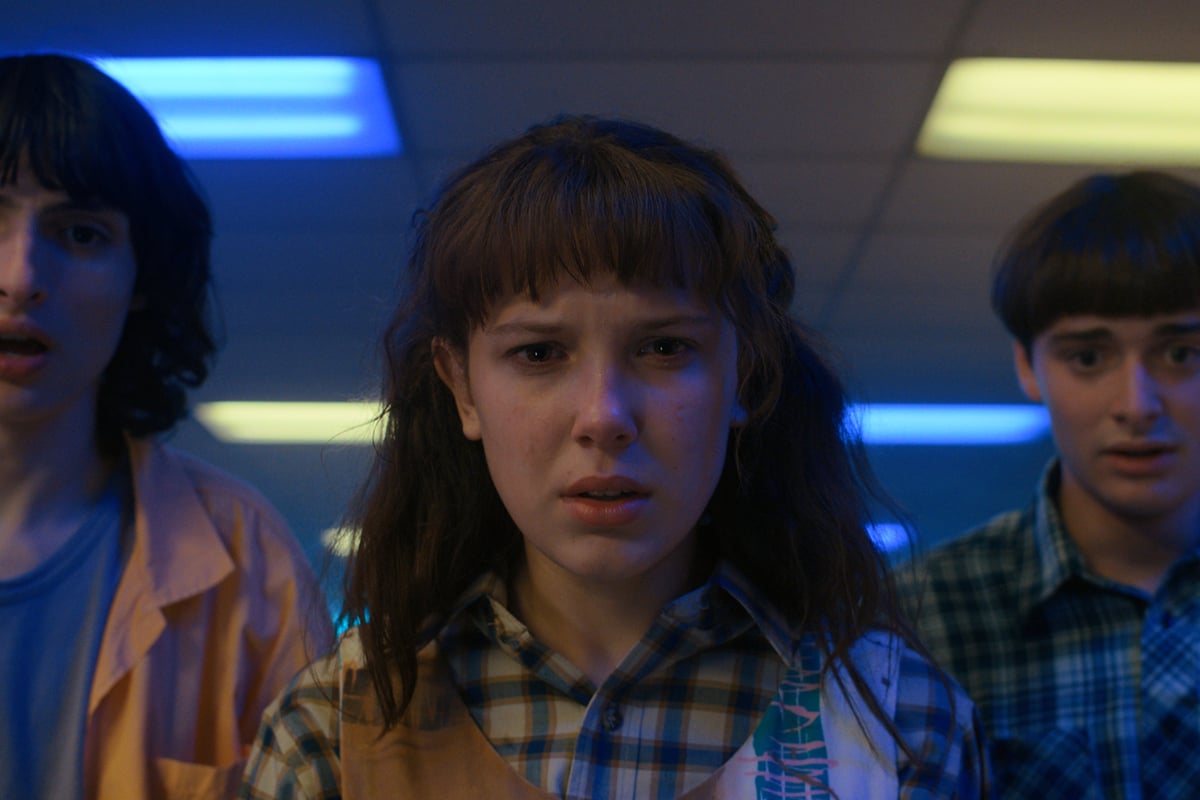 Arguably the most anticipated return for a Netflix series yet - Stranger Things' fourth season is *finally* here.

We catch up with Eleven et al. six months after the epic Battle of Starcourt in the season three finale. Struggling with the aftermath, the Stranger Things kids are separated for the first time and navigating the normal teen complexities of high school on top of the whole... monsters and Upside Down thing.

So now is obviously a great time for a new supernatural threat, that establishes a new mystery that, if solved, could put an end to the horrors of the Upside Down for good.

Oh, and yes, Jim Hopper is alive somewhere in Russia. So that's also a thing.

The fourth instalment of the sci-fi fave will arrive in two volumes: the first in May, and the second on July 1. 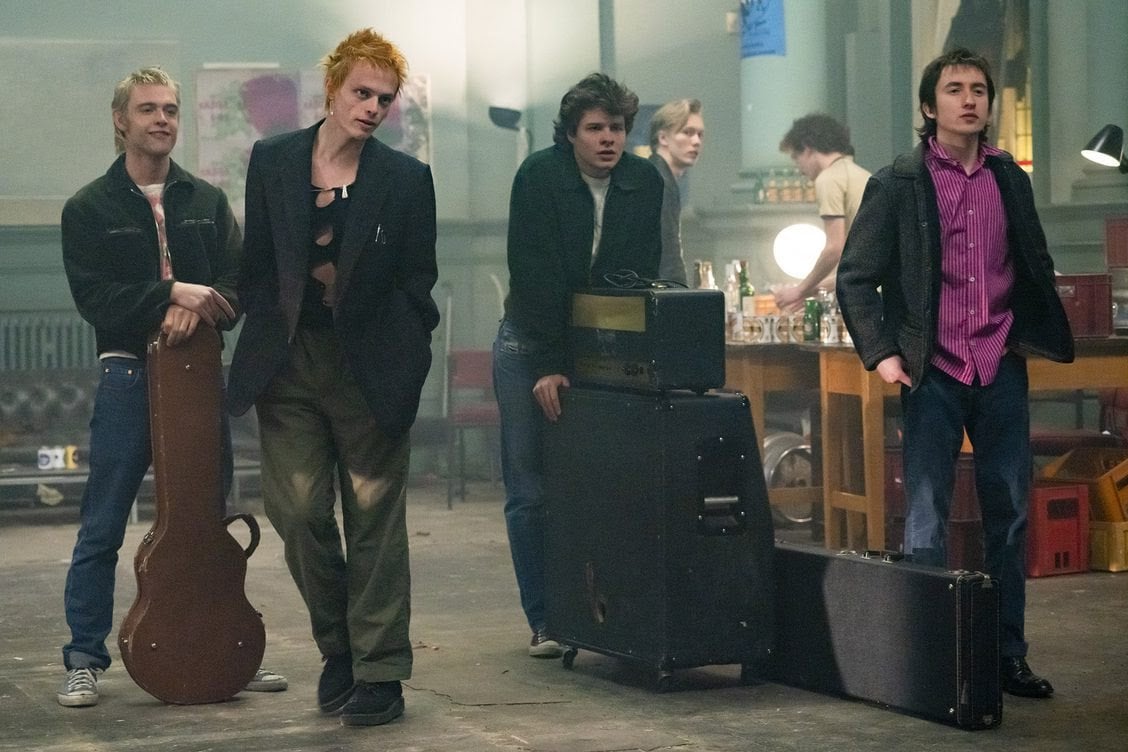 Based on the memoir of Sex Pistols' guitarist Steve Jones, Pistol is a biographical drama miniseries that tells the downright wild story of a band of working class kids with "no future" who shook the Establishment to its core, threatened to bring down the government and completely changed musical culture.

There are some fun cameos to be spotted too, like Maisie Williams, Thomas Brodie-Sangster and Iris Law, plus some fun depictions of interesting people from the 70s, like Vivienne Westwood, Billy Idol and a young Richard Branson.

Expect to see a major return of those Sex Pistols t-shirts everyone wore in the early 2000s.