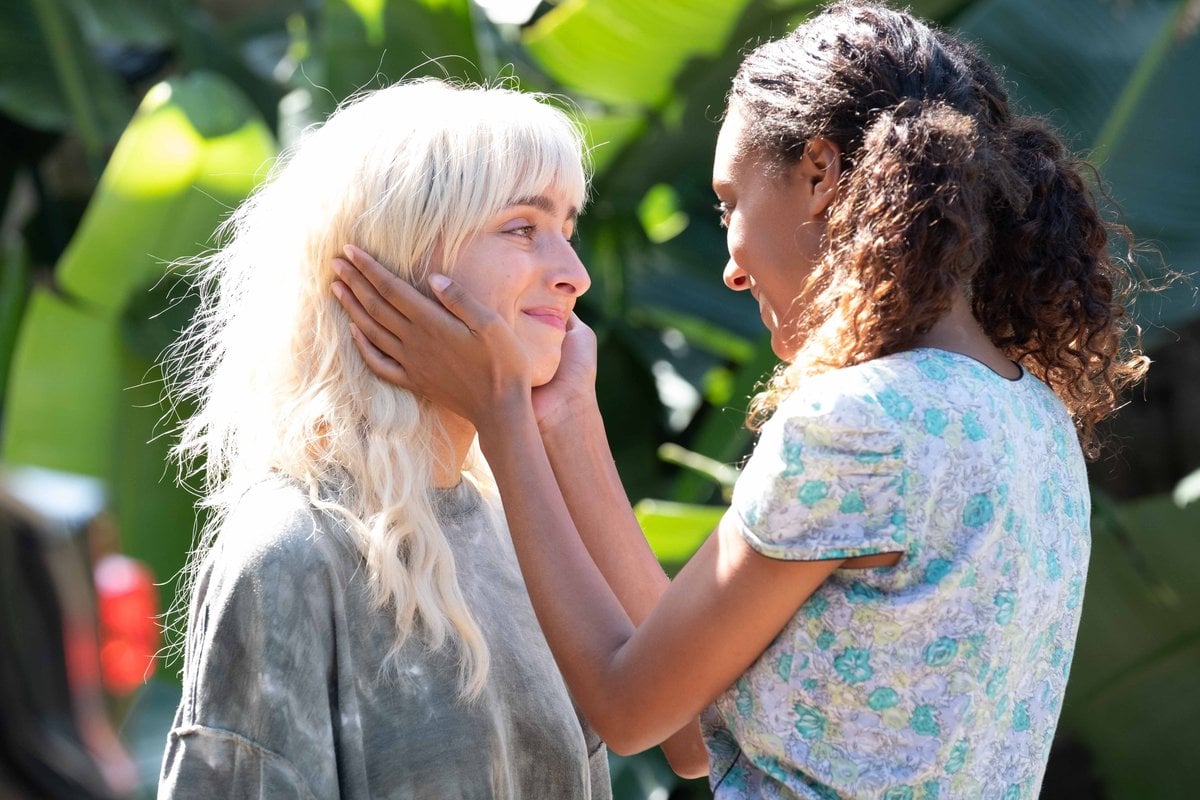 The Stan Original Series Eden is a multilayered, multi-generational tale that was initially inspired by one of Australia's most infamous locations.

The series tells the story of Scout (played by Sophie Wilde) who returns to Eden after attending Julliard in New York and reunites with her childhood best friend Hedwig (played by BeBe Bettencourt) who she feels has changed since their last encounter. After attending a drug-fueled house party together, Scout confesses to Hedwig that she has sexual feelings for her.

They escape the house party, descend into a physical fight and then Scout blacks out. When she wakes up she has no memory of what happened, and Hedwig is missing.

From there, the story moves back and forth in time as the events leading up to Hedwig's disappearance are told through the eyes of different characters.

1. The original idea to create Eden sprung from experiences one of the producers had while living in Byron Bay.

Eden was filmed on location along the coast and in the hinterland of the iconic Byron Bay area in Northern New South Wales.

The eight-part series is a collaboration between Australian production company Every Cloud, headed by Deb Cox and Fiona Eagger, and the UK’s Balloon Entertainment, headed by Bryan Elsley and Dave Evans.

The idea for Eden came from a moment of creative inspiration Deb Cox had as she observed the dynamics between the young people in her hometown of Byron Bay.

The production companies saw Byron Bay as a town that is economically driven by tourism, and in particular young tourists who travel there with the sole purpose of attending hedonistic beach parties and losing themselves in a place that feels removed from reality.

Deb said she was interested in the impact of that culture on the young people who live in the town and its surroundings and that is where the idea for Eden was born.

Take a look at the trailer for the Stan Original Series Eden.

2. BeBe Bettencourt, who plays Hedwig, is an entertainment legacy with two famous parents.

BeBe Bettencourt, who perfectly brings to life the brazen yet fragile Hedwig Shelley in Eden, was certainly born to perform.

Her mother is Suze DeMarchi, the front woman of one of Australia's most beloved and enduring rock bands, Baby Animals. Her father is Portuguese-American musician Nuno Bettencourt, the guitarist and keyboard player for the US rock band Extreme.

Speaking to Mamamia, the 25-year-old actress said "I always grew up around performers, so that always felt like a natural inclination.

"I think some of the themes that we explore in Eden, aside from the general plotline, you haven't really seen anything like that [on Australian screens] before. I think the beauty of it is that it's such a diverse story and there are so many different storylines within the series." 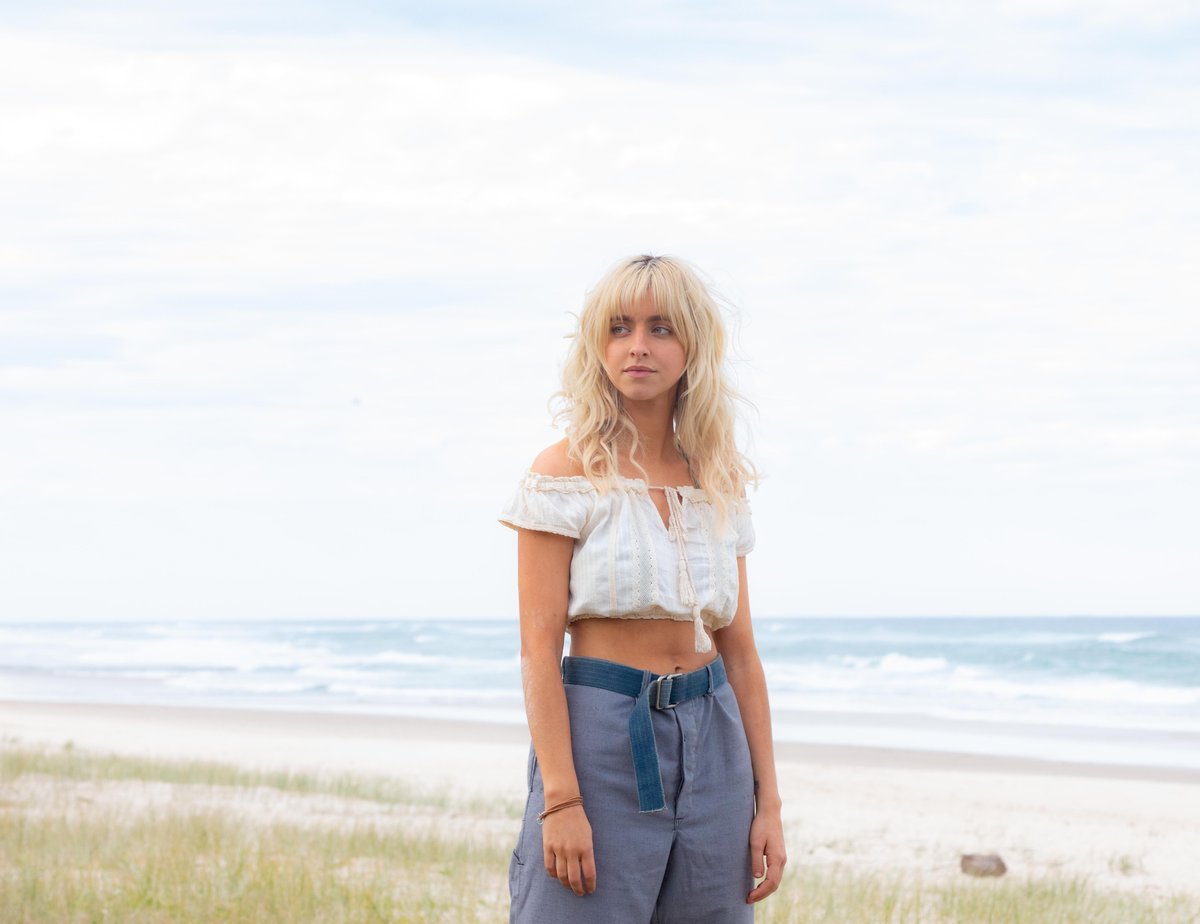 3. Eden boasts an all-female writing team, to ensure the story was always told with the female gaze in mind.

Eden series creator, executive producer, and writer Vanessa Gazy said via Stan that she is a huge David Lynch fan, and shows such as Twin Peaks, Stranger Things, Top of the Lake and the French version of The Returned inspired her and the all-female writing team as the created the series.

Deb Cox said her team canvassed Australia for a young writer who could author Eden and that is how they discovered Vanessa Gazy.

“What we realised early on is that we really needed an all-female writing team, because Vanessa’s preoccupation was very strongly the female gaze, female sexuality and how to explore that in a way that was unhindered from a younger woman’s," she said.

4. Eden star Keiynan Lonsdale is both a fierce advocate for LGBTQIA+ representation and an on-screen superhero.

Australian actor Keiynan Lonsdale, who plays Cam in Eden, has achieved international success and is also very much at the forefront of Hollywood and queer representation.

In 2016, Keiynan landed a role on the hit superhero series The Flash as Wally West and in 2017 he began playing the character on the network’s equally popular Legends of Tomorrow series. In 2018 he starred in the groundbreaking film Love, Simon, which was the first teen romance to be released by a major studio that focused on a gay love story.

Keiynan went on to win the iconic MTV Movie and TV Award for “Best Kiss” alongside his Love, Simon costar Nick Robinson and later released the queer love song Kiss the Boy.