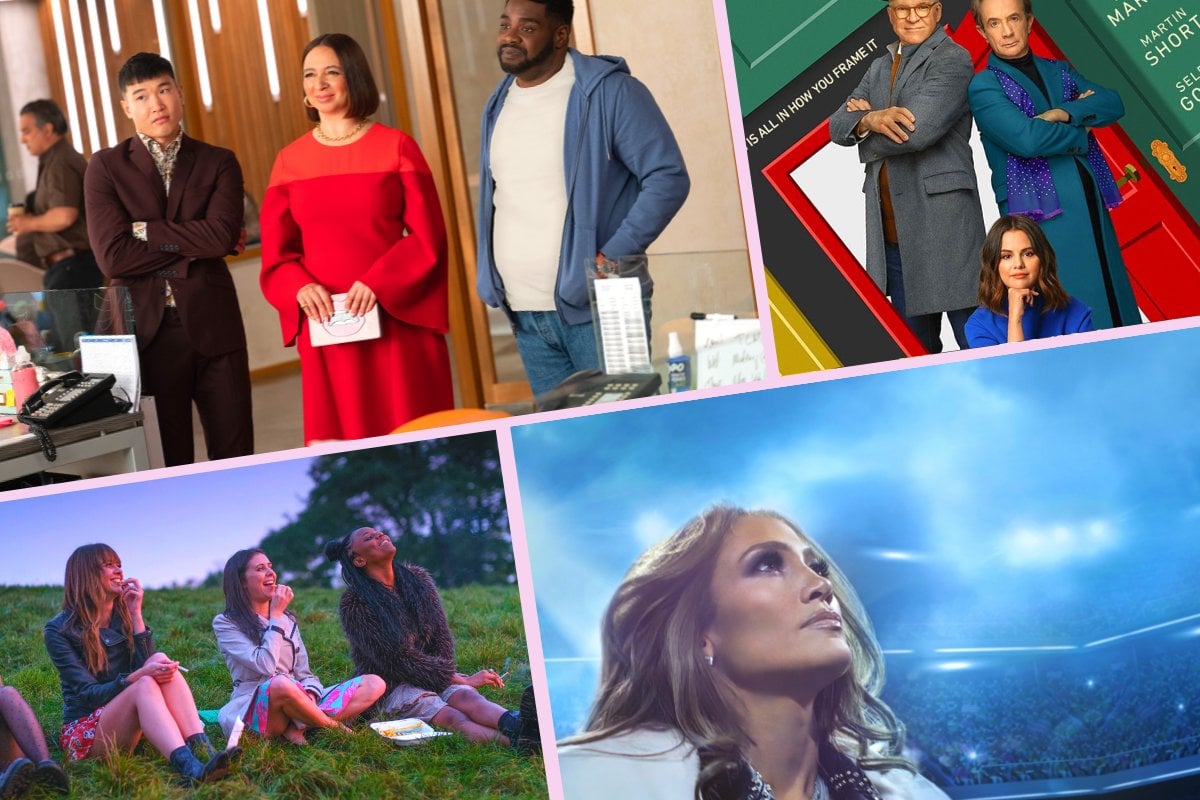 It's cold outside, but it's warm on the couch.

Thank goodness, because you're going to want to spend a lot of time on yours in June.

We have another fantastic month of TV to look forward to, with remakes of iconic shows, a couple of highly anticipated book adaptations, a poignant doco, and some true crime, of course.

Without further ado, here are the 12 shows everyone will be watching in June. 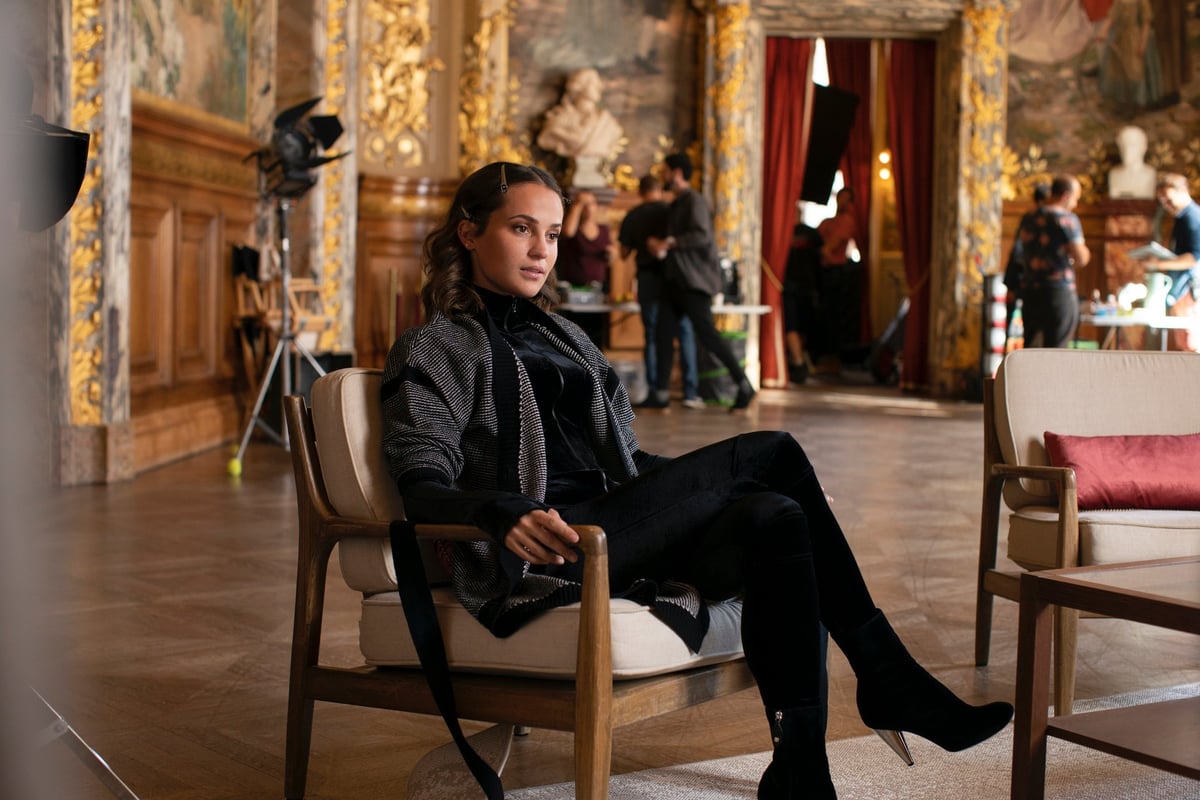 Oscar winner Alicia Vikander stars in this drama as Mira, an American movie star who is disillusioned by her career and has just been through a bad breakup.

Based on the French movie of the same title, Mira moves to France to star as Irma Vep in a remake of the French silent film classic, Les Vampires.

As she gets more and more involved in the crime thriller, Mira struggles as the distinctions between herself and the character she plays begin to blur and merge.

Everything I Know About Love - Stan. 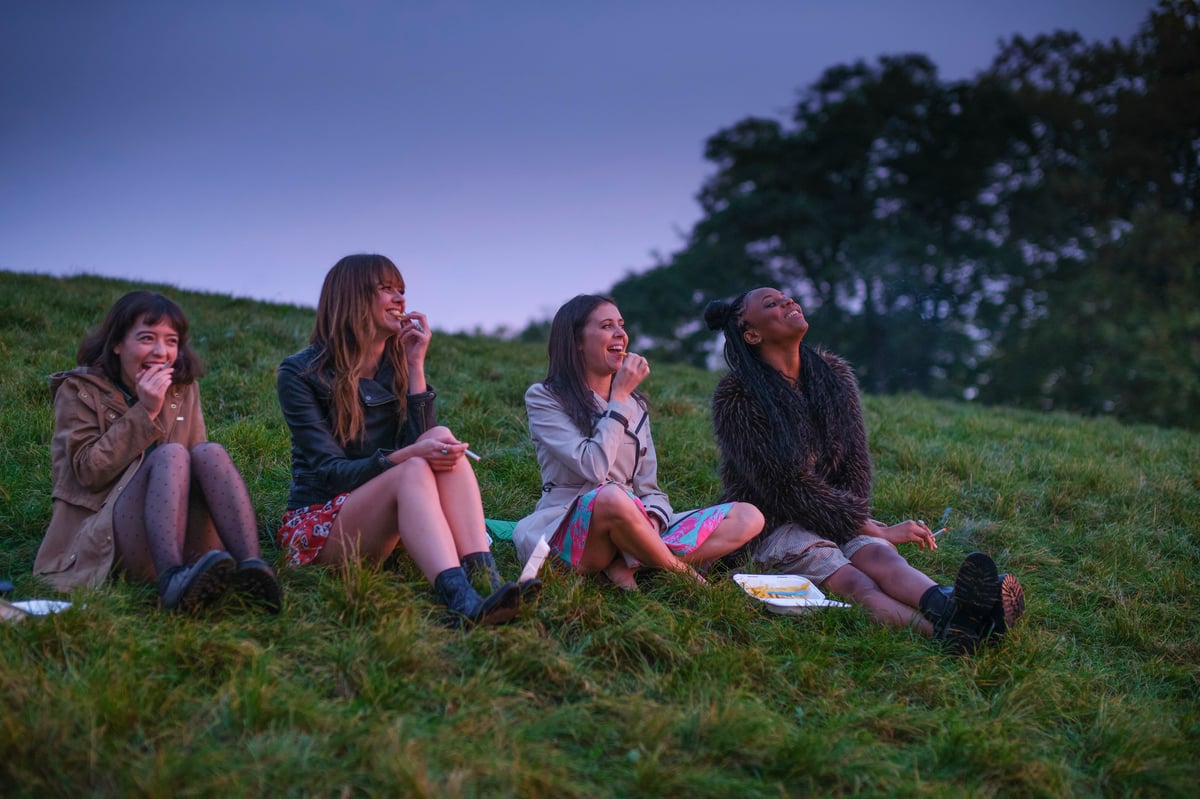 It's finally Everything I Know About Love time.

The seven-part series, based on Dolly Alderton's beloved book of the same name, gives an unflinching account of surviving your 20s.

Set in a 2012 London share house, with flashbacks to suburban adolescence in the early noughties, the series follows a group of friends as they navigate bad dates, heartache and humiliation - much like the book.

It's also from the producers of two of the best rom-coms of all time - Bridget Jones' Diary and Love Actually - and written and created by Dolly Alderton herself.

All episodes of Everything I Know About Love drop June 8 on Stan. 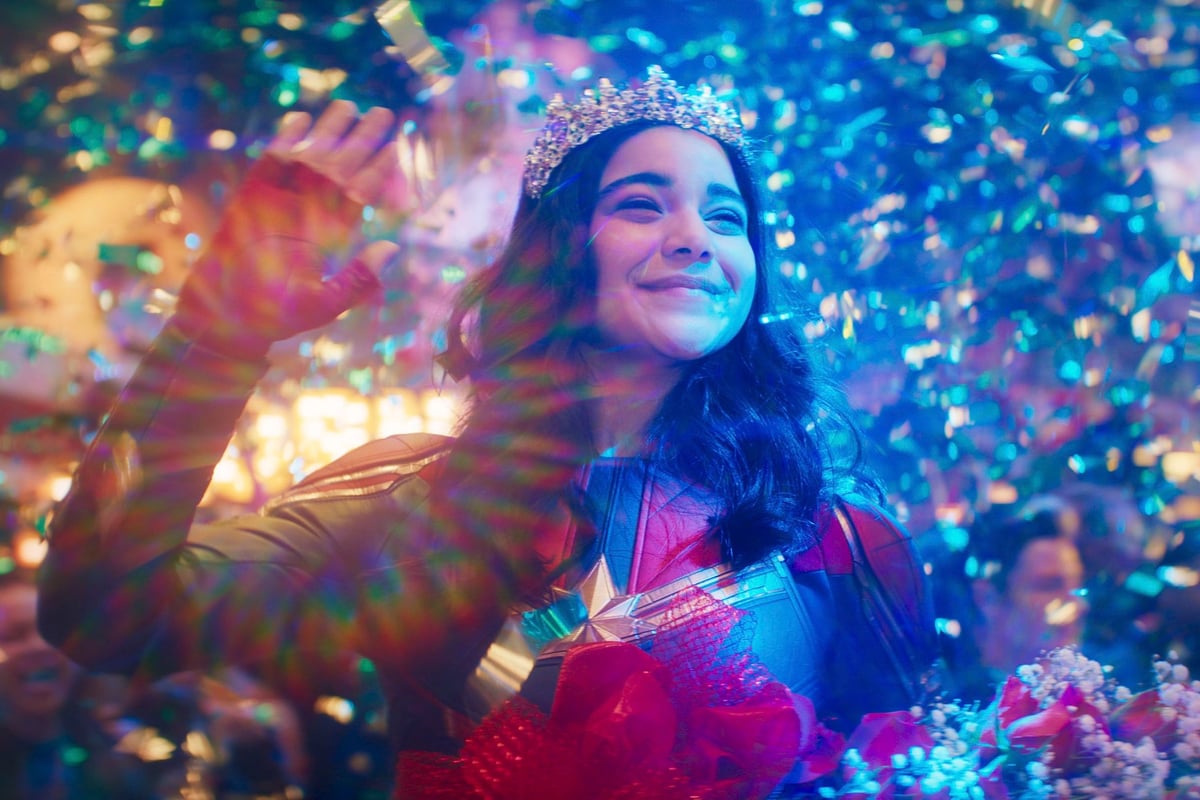 Ms Marvel is a Marvel Studios story like no other.

The six-part miniseries introduces Kamala Khan, a Muslim American teenager growing up in Jersey City. An avid gamer and a voracious fan-fiction scribe, Kamala is a superhero mega fan with an oversized imagination - particularly when it comes to Captain Marvel.

Kamala doesn't feel like she fits in at school - and sometimes at home. That is, until she gets super powers like the heroes she's always looked up to. Because super powers can only improve things, right?

Under the Banner of Heaven - Disney+. 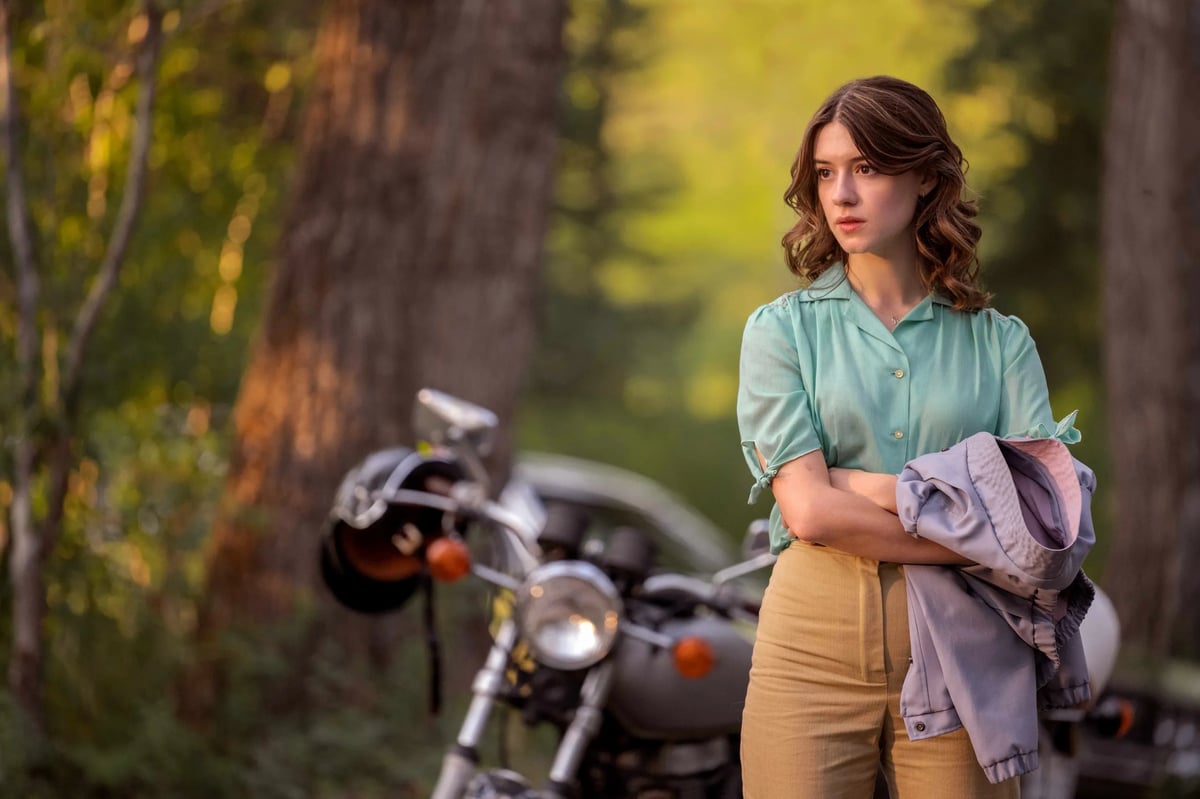 Did you ever expect Marianne from Normal People, Australia's own Sam Worthington and Spider-Man #2 to star in a true crime murder-mystery TV series together? No, neither did I. But I'm here for it.

Under the Banner of Heaven follows the events that led to the 1984 murder of Brenda Wright Lafferty (Daisy Edgar-Jones) and her baby daughter in Salt Lake City, Utah, by Brenda's brothers-in-law Ron (Sam Worthington) and Dan Lafferty (Wyatt Russell).

As Detective Jeb Pyre (Andrew Garfield) investigates, he uncovers buried truths about the origins of the Church of Jesus Christ of Latter-day Saints, which, as a devout Mormon, leads him to question his own faith.

Under the Banner of Heaven premieres June 8 on Disney+. 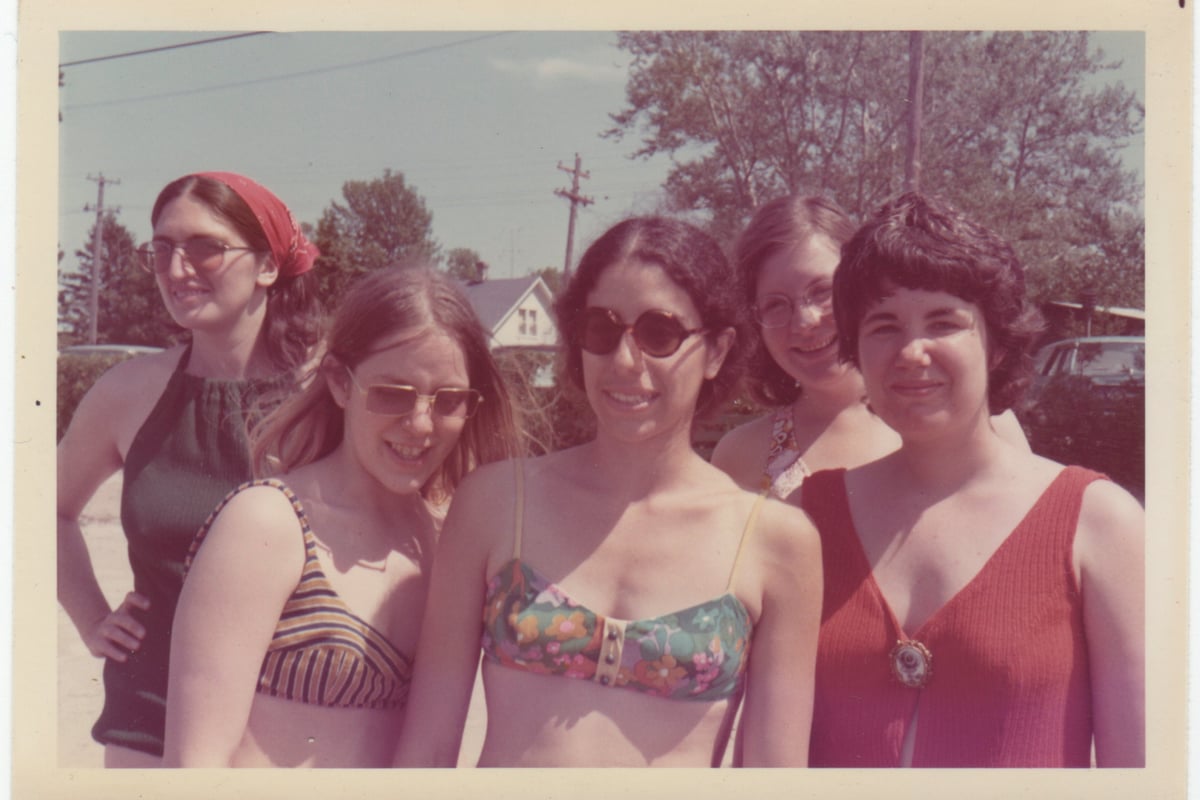 The release of The Janes could not be more poignant, given the US Supreme Court is expected to make an updated decision on the landmark abortion rights case, Roe v Wade.

The documentary takes viewers back to the pre-Roe era of the early 70s, when seven women were arrested for being part of a clandestine network involving code names, blind folds and safe houses.

Believing in women's right to choose, the group of women - who called themselves 'Janes' - set up an underground network to ensure an estimated 11,000 women could access safe and affordable abortions, boldly defying the laws of the time.

The Janes drops on June 9 on Binge. 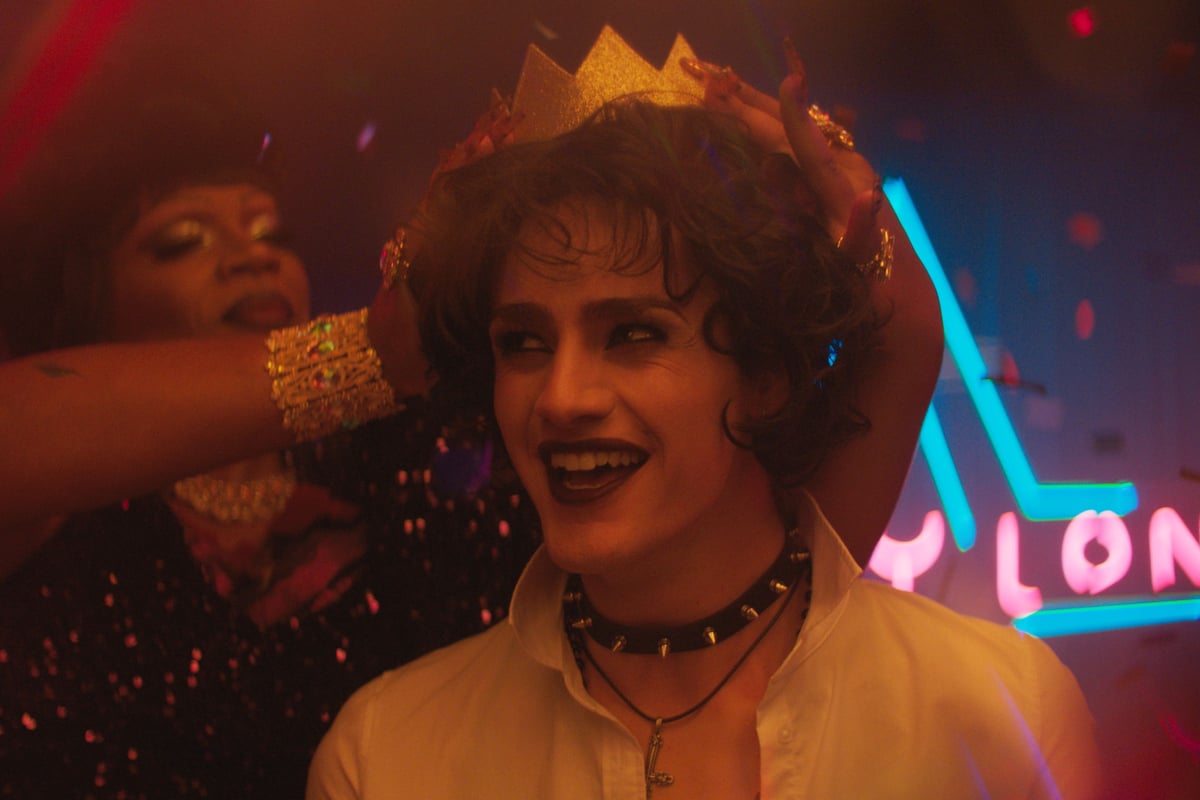 Set in New Orleans, Queer As Folk is a vibrant reimagining of the groundbreaking British series created by Russell T. Davies.

It follows a group of club-going friends whose lives are transformed in the aftermath of a Pulse nightclub-style shooting, and how the city's Queer community rebuild.

Its cast is made up of gay and nonbinary actors, including Hacks' and Pose's Johnny Sibilly and Special's Ryan O'Connell, plus guest stars include Kim Cattrall and Juliette Lewis as parents of LGBTQ children.

All episodes of Queer As Folk drop June 10 on Stan. 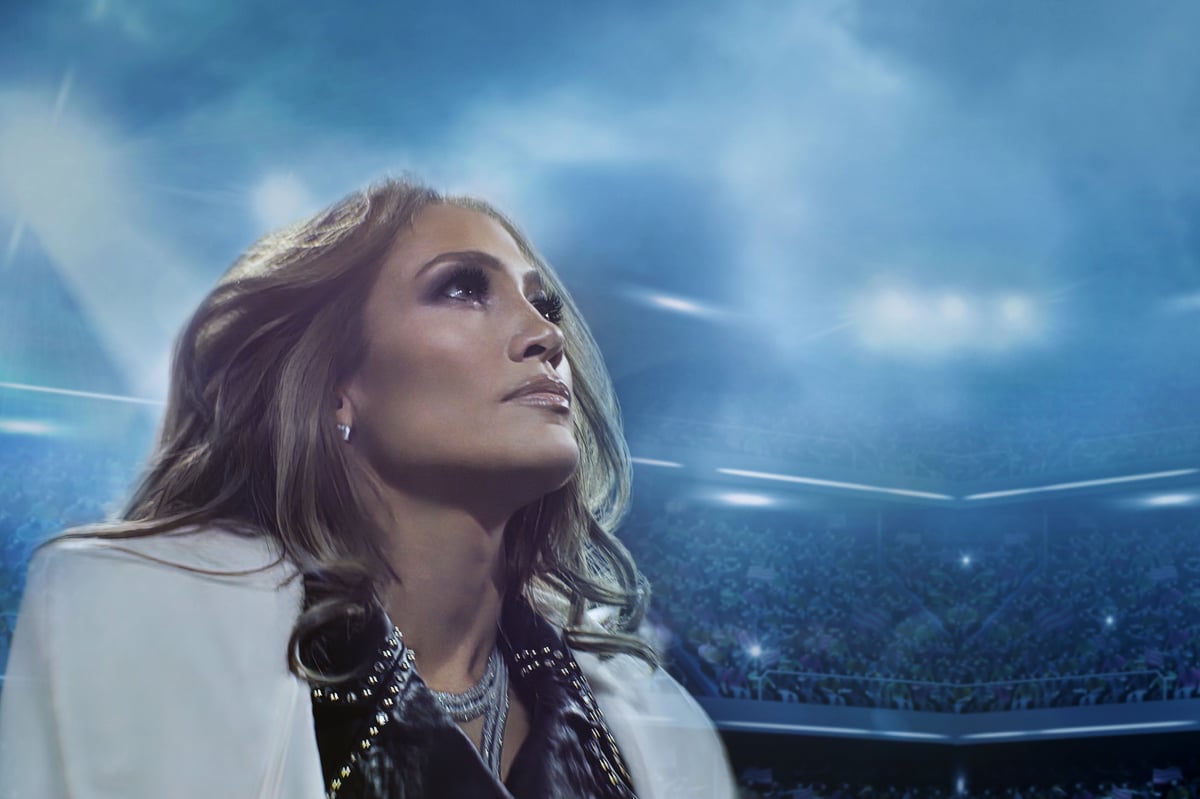 Following in their footsteps is Jennifer Lopez: Halftime.

In Halftime, JLo is giving viewers a look inside her life, from her acting career to musical feats like her 2020 Super Bowl halftime performance with Shakira.

Jennifer Lopez: Halftime will be available to stream June 14 on Netflix. 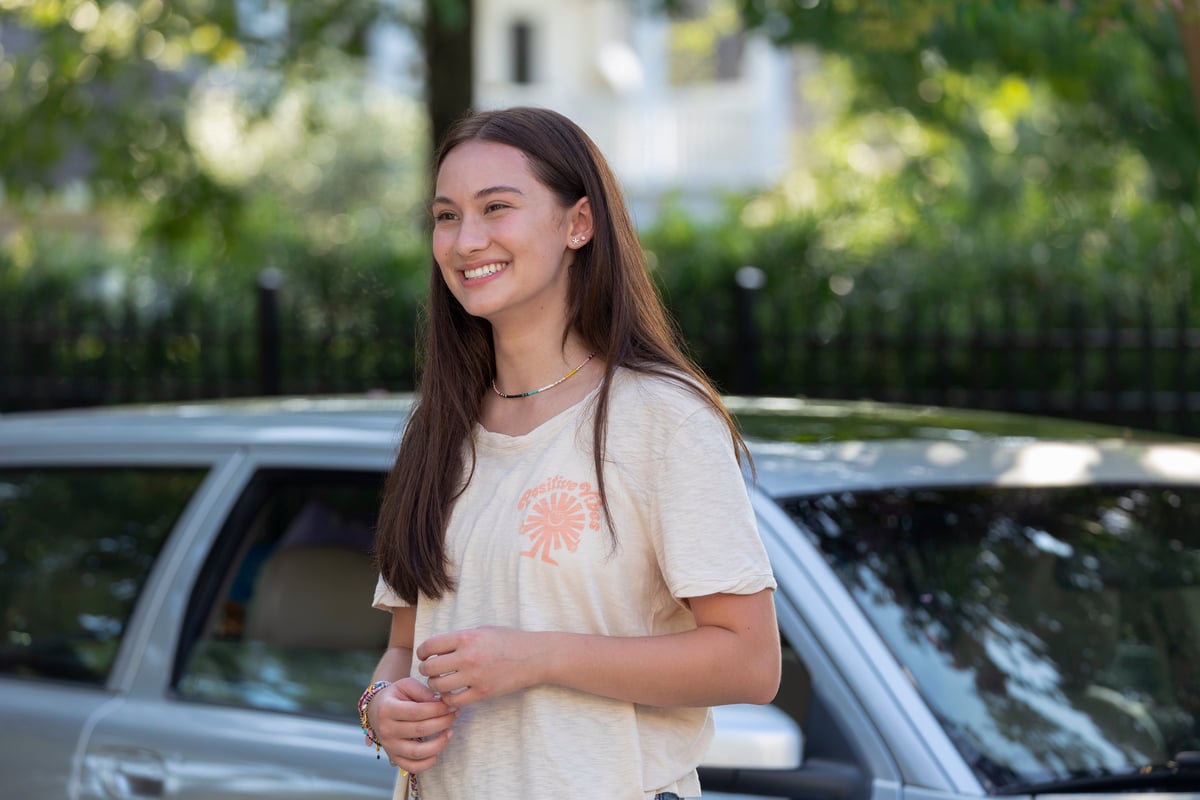 Remember the wholesome goodness of Netflix's To All The Boys I've Loved Before films? Well, we're getting another adaptation of Jenny Han's young adult books - this time, it's her The Summer I Turned Pretty trilogy.

The Summer I Turned Pretty follows Belly as she spends the summer at Cousin's Beach with her mother and older brother, along with her mother's lifelong best friend and her sons.

They've been going there for years, but this time feels different.

The eight-part series is a multigenerational drama that hinges on a love triangle between teenager Belly and two brothers, Conrad and Jeremiah. It also explores the ever-evolving relationship between mothers and their children, and the enduring power of strong female friendship.

Plus, its soundtrack is INSANE.

The Summer I Turned Pretty will premiere June 17 on Prime Video. 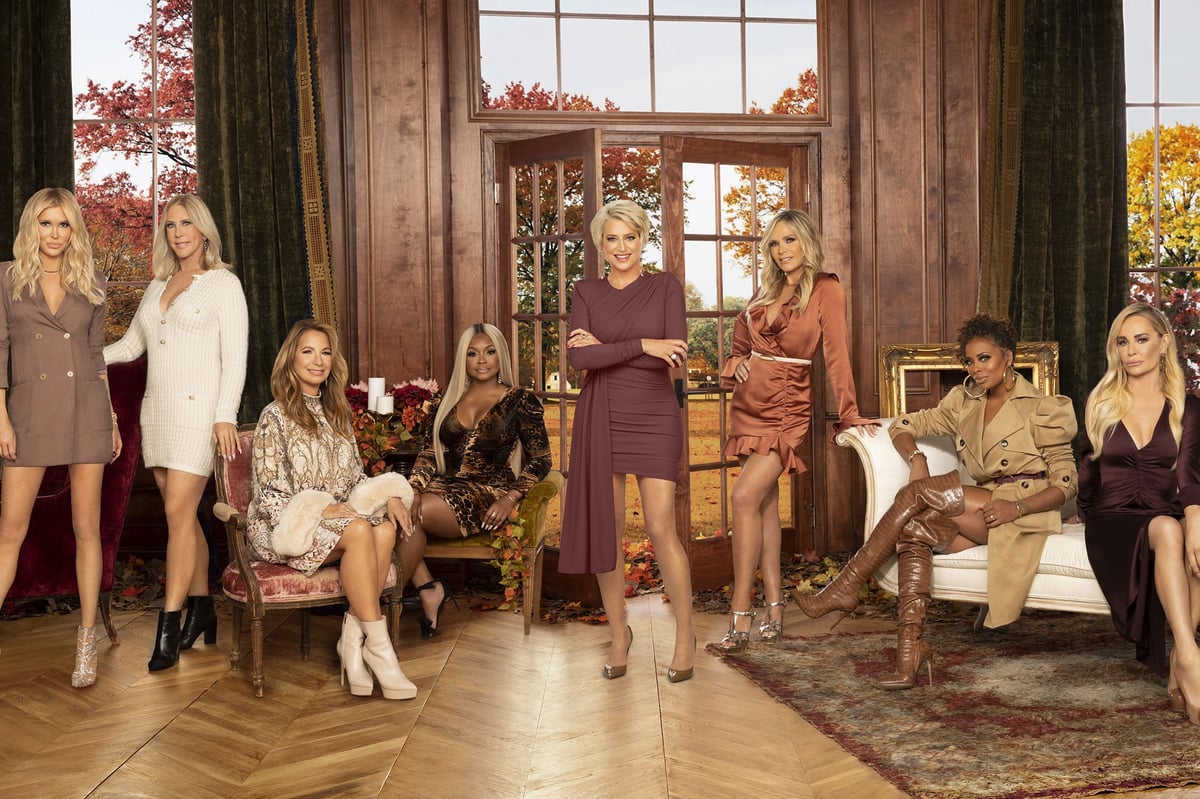 The Real Housewives Ultimate Girls Trip: Ex Wives Club is bringing back some of the most unforgettable ex-Housewives for a much-anticipated holiday at one of the most iconic homes in franchise history: Dorinda Medley’s Bluestone Manor.

The series will feature everything we want from a Housewives show: luxury, laughs and non-stop drama. 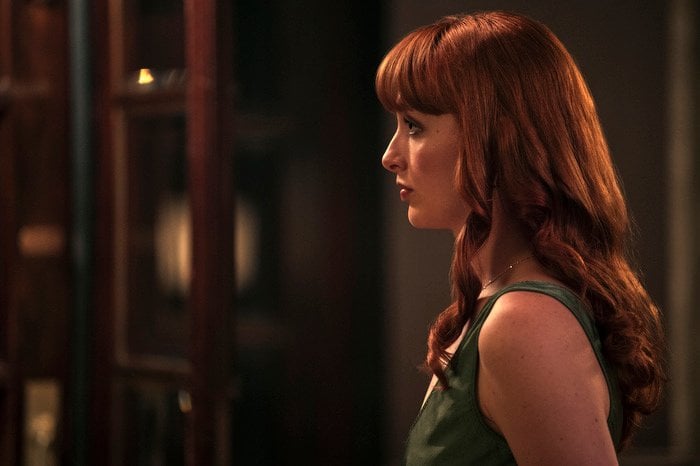 Chloe is a psychological thriller that follows Becky Green, who is obsessed with stalking her childhood friend Chloe Fairbourne's perfectly curated social media presence, which she sees in stark contrast to her own life as a carer for her mother.

When Chloe suddenly dies, Becky assumes a new identity and infiltrates the enviable lives of Chloe's closest friends to find out what happened to her.

Through her alter-ego Sasha, Becky becomes the powerful and well-connected "someone" she always wanted to be. But soon, she realises Chloe's real life had not been nearly as perfect as it was portrayed online. As Becky gets deeper into her con, and Chloe's inner circle, she risks losing herself completely in the game she is playing. 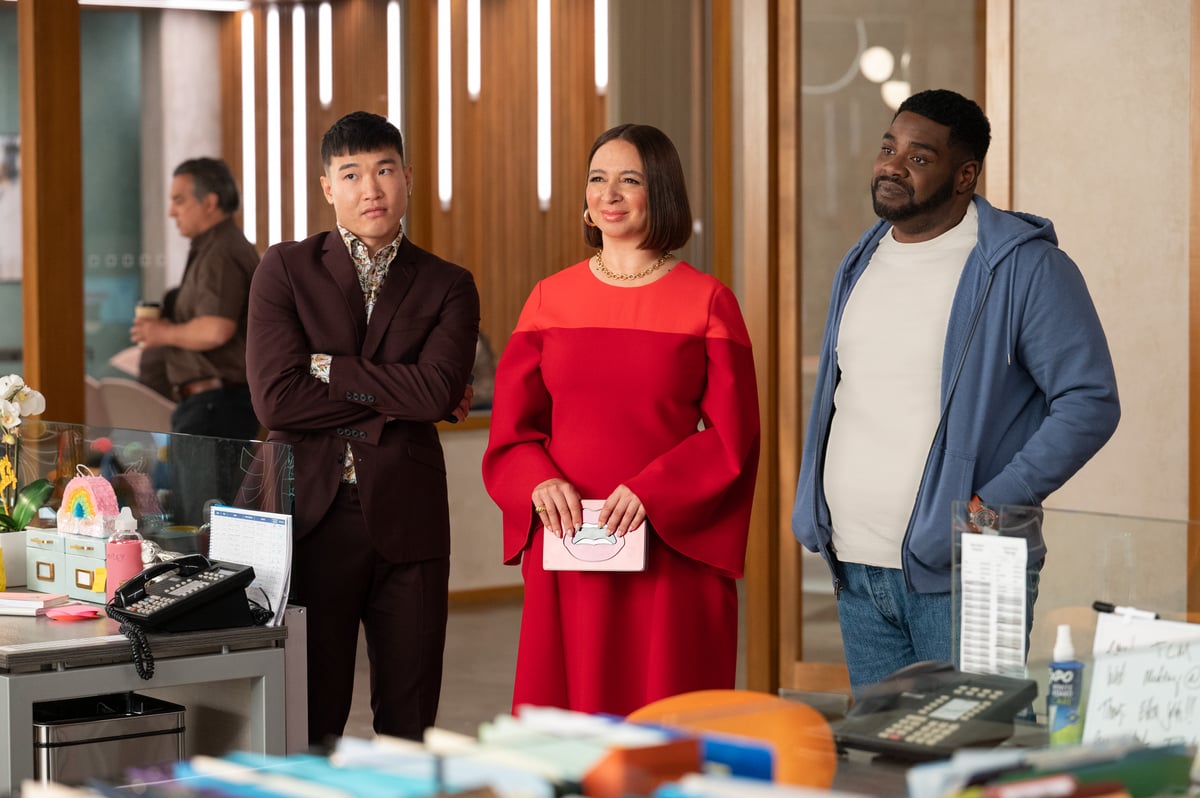 Billionaire Molly Novak has a life full of yachts, mansions and private jets, but when her husband of 20 years betrays her, she spirals into a tabloid-fuelled self-destructive spiral.

Nearly at rock bottom, she learns she has a charitable foundation that pleads with her to stop generating bad press. So, with the help of the foundation's staff, she embarks on a journey of self-discovery through giving back.

Only Murders In The Building - Disney+.

At the end of season one, Only Murders In The Building's unlikely detectives actually solved the murder of Tim Kono. That was a genuine surprise.

Season two kicks off where season one left us, following the murder of the Arconia's Board President Bunny Folger.

Our trio - Charles (Steve Martin), Oliver (Martin Short) and Mabel (Selena Gomez) - race to unmask the killer, after being very publicly implicated in the crime. Things are complicated by the fact that all their neighbours think they're guilty, and uh, there's also a new, competing true crime podcast to contend with.

If you haven't yet seen the first season of Only Murders, this is your sign. It was without a doubt one of the best new shows of 2021, so get on that before it returns.

Only Murders In The Building's second season premieres June 28 on Disney+.