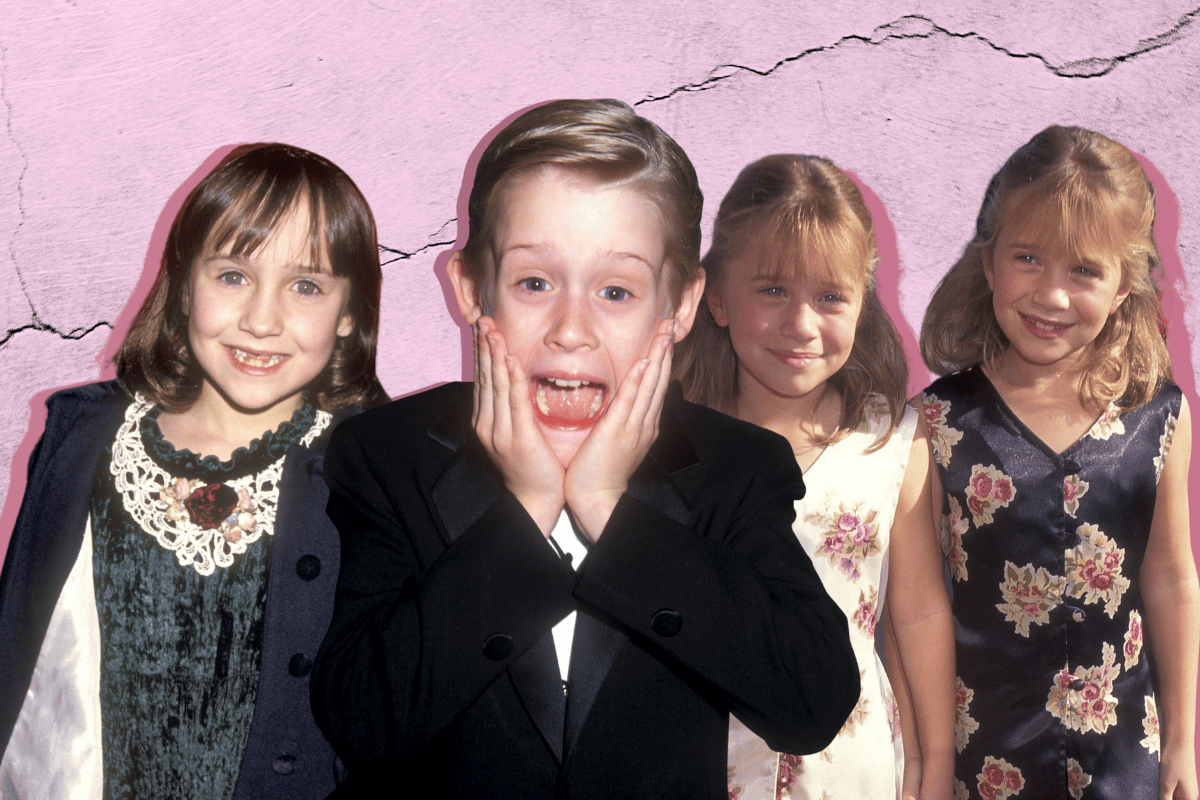 This post deals with sexual assault, eating disorders and suicide and might be triggering for some readers.

Growing up, many kids dream of being famous actors, living a life of fame and fortune.

But in reality, growing up in the spotlight comes at a high price. One that can cost young actors their freedom, privacy and above all, their childhood.

After Britney Spears released her documentary last month, stars like Mara Wilson and Rivkah Reyes have spoken out about the reality of childhood stardom, which has seen some actors bullied and even "sexually harassed".

Here's what no one tells you about being a child star.

Mara Wilson was just eight years old when she starred as the title character in the cult classic 1996 film, Matilda.

"I saw many teenage actresses and singers embracing sexuality as a rite of passage, appearing on the covers of lad mags or in provocative music videos," she wrote in an opinion piece for The New York Times this month.

But from a young age, Wilson decided; "That was never going to be me."

"It was cute when 10-year-olds sent me letters saying they were in love with me. It was not when 50-year-old men did."

And it didn't stop there.

"Before I even turned 12, there were images of me on foot fetish websites and photoshopped into child pornography. Every time, I felt ashamed."

Looking back on her experience, the 33-year-old author and journalist wrote, "Hollywood has resolved to tackle harassment in the industry, but I was never sexually harassed on a film set. My sexual harassment always came at the hands of the media and the public." 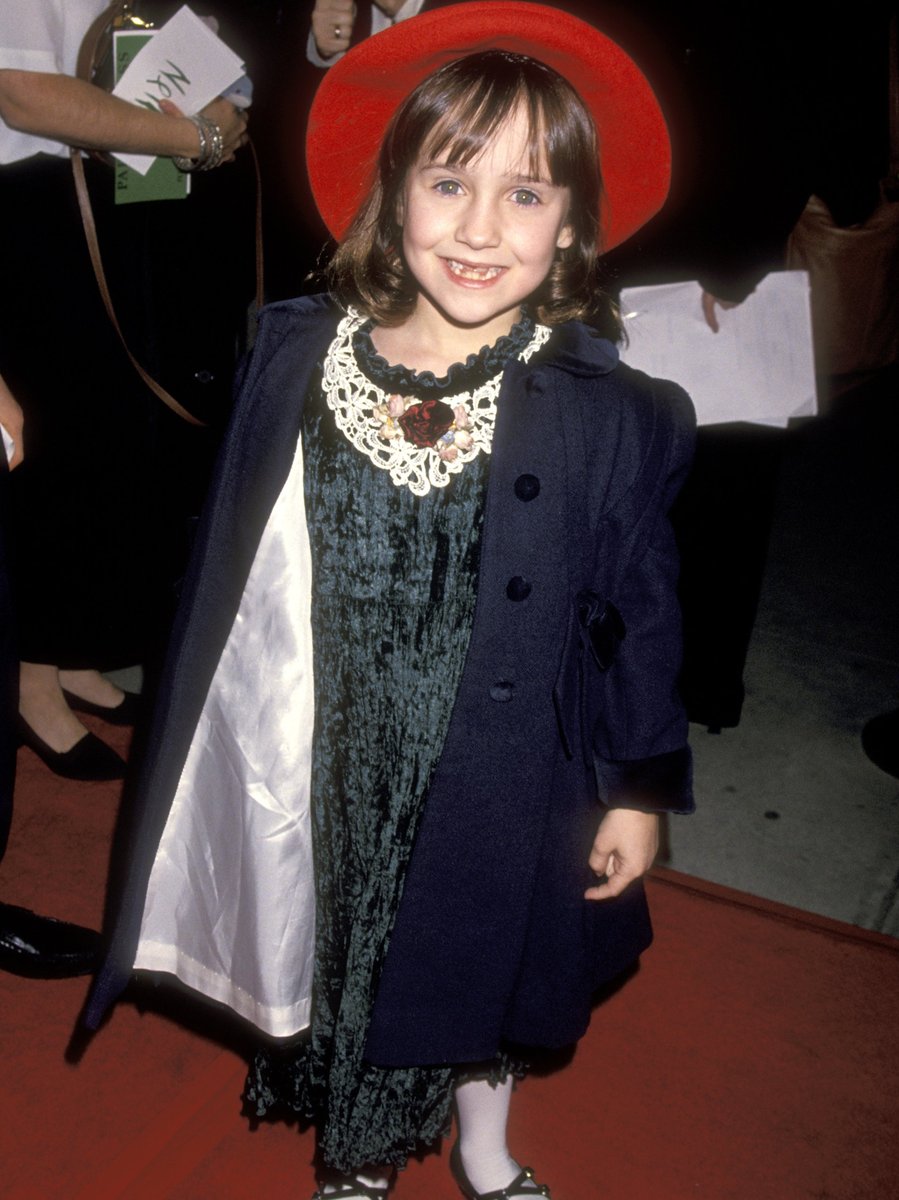 Sadly, this was just one of the consequences that came with childhood stardom. Wilson also grew up having to compete with Hollywood's impossible beauty standards.

By the time she became a teenager 'cute' was no longer in the vocabulary. Instead, it was all about being "beautiful".

"At thirteen, being pretty mattered more than it ever had," she wrote in her 2016 memoir Where Am I Now?: True Stories of Girlhood and Accidental Fame. "I knew by then that if I wanted to be in film, I had to be beautiful."

But the roles stopped coming.

"I wasn't getting any parts... something didn't make sense - at least until I was called for a role in a pilot. I would be auditioning for the 'fat' girl," she shared.

"I realised I didn't fit their idea of what a Hollywood actress looks like, so there's no room for me here." 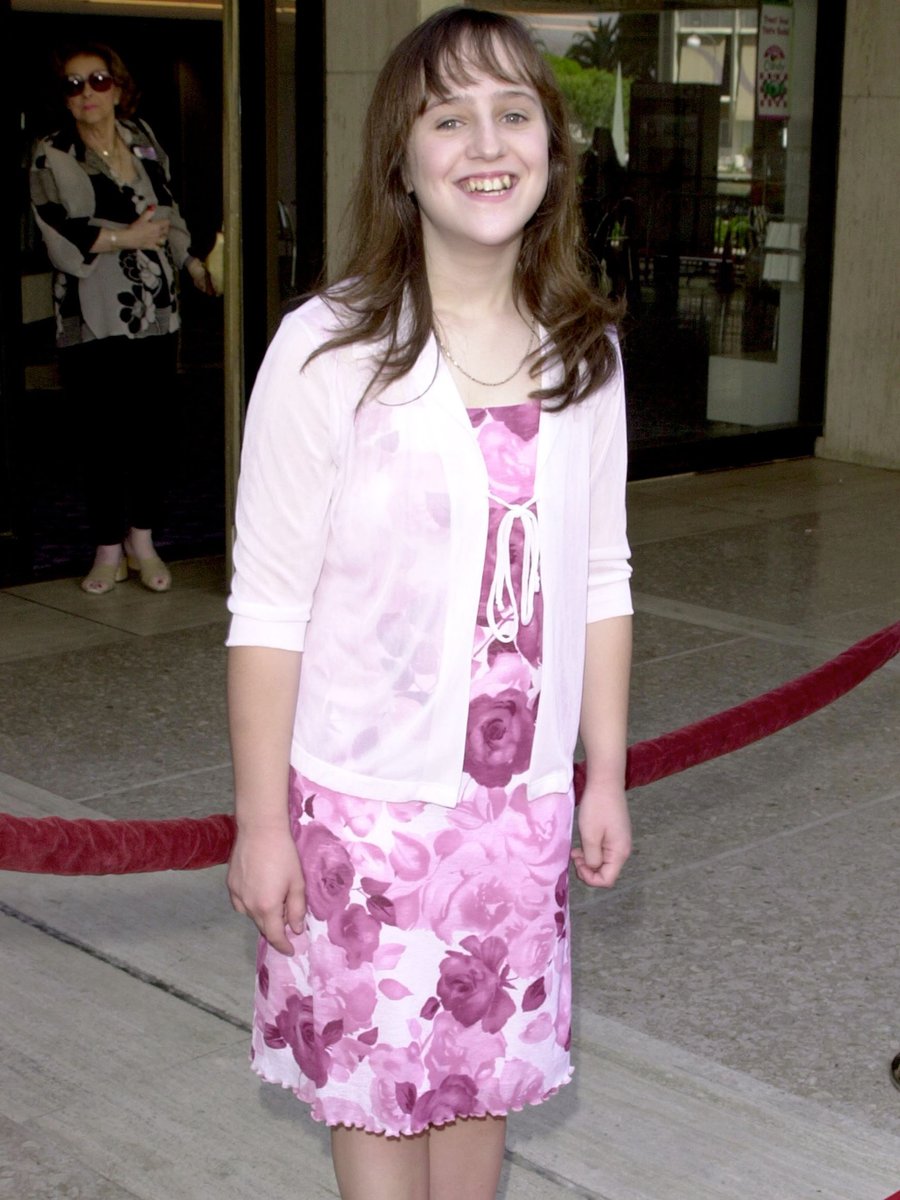 Mara Wilson at the premiere of Thomas and The Magic Railroad in 2000. Image: Getty.

So she chose to step away from Hollywood and focus on school. But even after leaving the showbiz world behind, Hollywood's warped perception of beauty still stuck with her.

"I've had people tell me, 'The way that you judge yourself, looks-wise, is on this really strange level.' Well, it's because I grew up in Hollywood," she explained in her memoir.

"I had good experiences there, but I always knew there were girls much prettier than I was, and I knew that I was always competing with them... that has followed me my whole life."

"Maybe my obsession with looks was extreme and irrational — a kind of Hollywood-induced body dysmorphic disorder — but it wasn't unfounded."

Rivkah Reyes was 10-years-old when they appeared alongside Jack Black in the 2003 film School of Rock.

In a recent interview with The New York Post, Reyes, who played bass player Katie in the film, shared that their experience is "kind of parallel with Britney’s [Spears] " and just like the singer, they "felt unsafe existing".

In sixth grade, Reyes said one man tried to take photos of them at school, and grown men would comment about how they couldn’t "wait ’til she’s 18" on message boards. 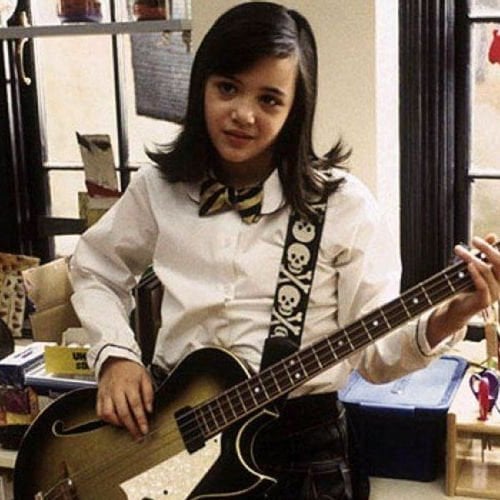 As well as being "sexualised" as a kid, Reyes’ fame also saw her bullied by her fellow schoolmates.

"Especially after production wrapped, when I first came back to school, people were really nice or really mean. There was no middle ground" they told the publication. "I was literally followed around the school with people chanting School of Rock."

Unfortunately, Reyes said they also judged themself after watching the film for the first time.

"I judged myself for being the tallest girl in the cast, for having bags under my eyes and weird teeth, for having a fat belly and no breasts. I started obsessing over food and truly hating my body," they wrote in an article previously published my Mamamia.

"Awful comments" they received online, coupled with "bullying and the shame of being sexualised" as a kid, saw Reyes turn to alcohol and drugs.

"From the age of 14, I used drugs, alcohol, sex, food, and self-harm to numb all of this pain. I’ve survived dozens of toxic relationships and three suicide attempts. I’m not saying all of this is because I played bass in a movie when I was a kid, but because I spent over a decade terrified that I’d peaked at 10 years old."

But despite the hardships that came with childhood stardom, Reyes who now works for a skincare company and continue to perform, says they don't regret the film.

"I’m grateful that School of Rock happened. It’s a great film, and it was, to its core, a fun experience."

"I’m grateful for the fans of the film who picked up an instrument because of us. And I’m even grateful for my mother for pushing me to keep acting after we wrapped, because acting truly is my passion."

Macauley Culkin was another breakout child star of the 90s, who you'll no doubt recognise from his role in 1990 film, Home Alone.

But despite being the highest-paid child actor in history, Culkin, who was as raised in a small, one-bedroom apartment in Manhattan, didn't have a bed to sleep in.

Casting director Bill Hopkins, who gave the six-year-old his first part, even likened his family to the "Beverly Hillbillies".

"They were so poor..." he told the publication. "Macaulay would crawl under the bleachers at the theatre to look for change that had fallen out of people’s pockets." 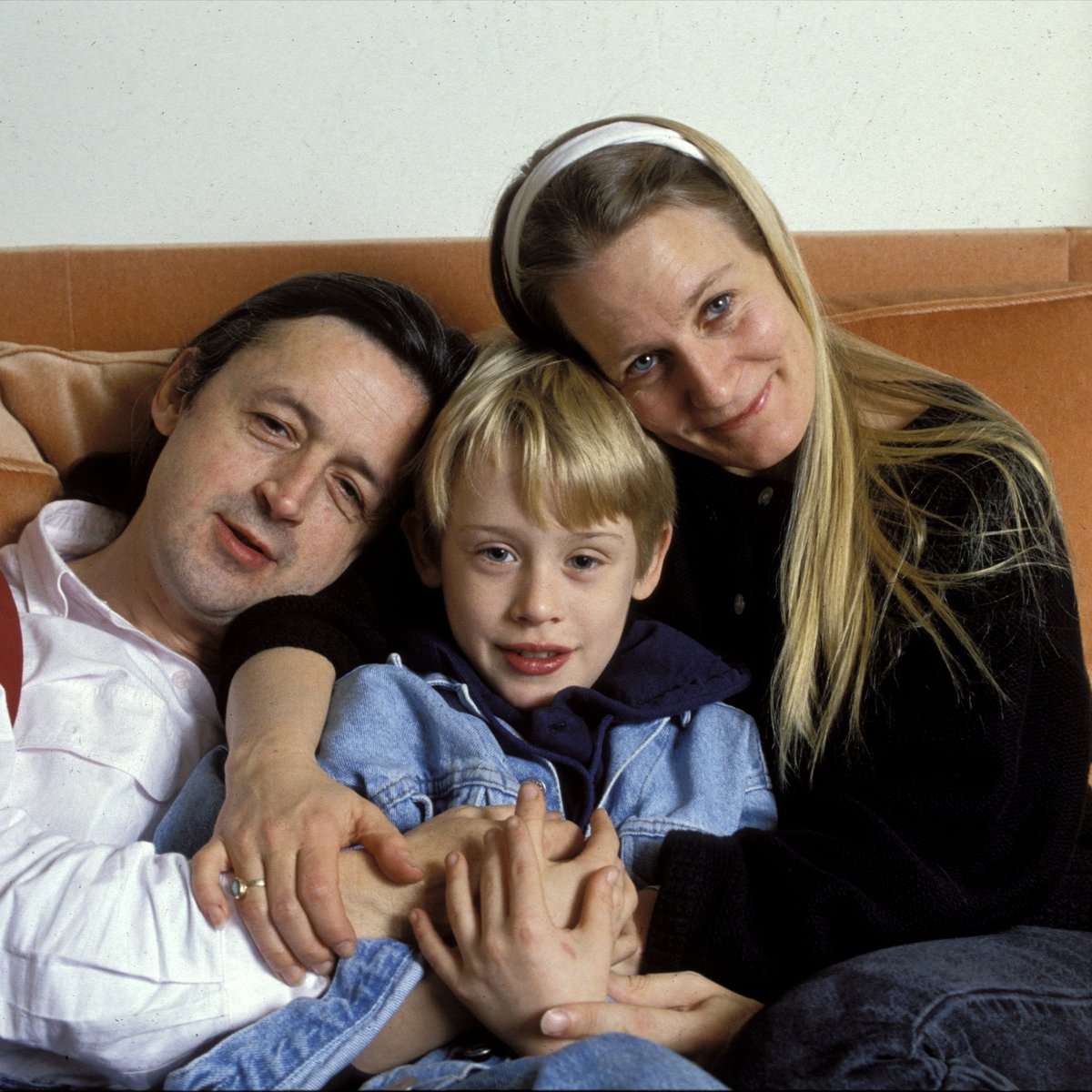 As Culkin rose to fame, his father tried to take more and more control over his movies.

The 40-year-old has since described his father as "physically and mentally abusive", "controlling", and "jealous" of his early success.

"He played games with you, just to make sure you were still in your place," Culkin told Larry King Live in 2004. "I remember when I was — this is near the end, and I was making God knows how much money, and I didn't have a bed. I didn't even have a room. I was sleeping on the couch."

At 14, Culkin was sick of having no control over his life and was eager to go to school for the first time since Year One. So he retired.

"I... wanted to take a break for a while and eventually I was like 'I'm done guys, hope you all made your money because there is no more coming from me,'" he told Marc Maron on his WTF podcast.

When his parents later split, Culkin wrested back control of his sizeable fortune, 20 per cent of which his parents had legal guardianship over. The rest was held in trust until his 18th birthday.

But by the time he came into his money he felt detached from it.

"I sat down in my accountant's office, it was basically the day where he put down a piece of paper in front of me and said this is how much you're worth," he told Larry King Live. "It was interesting, because it was one of these moments where it was like I felt like this little boy worked really hard and I inherited all of his money."

The twins continued to find success after the show and went on to star in films Mary-Kate and Ashley in Action! and New York Minute.

But despite their fame, Marry-Kate said "I wouldn’t wish my upbringing on anybody."

"I look at old pictures of me, and I don’t feel connected to them at all," she told Marie Claire in 2010, describing her and her sister as "little monkey performers".

"But I wouldn’t take it back for the world," she added. 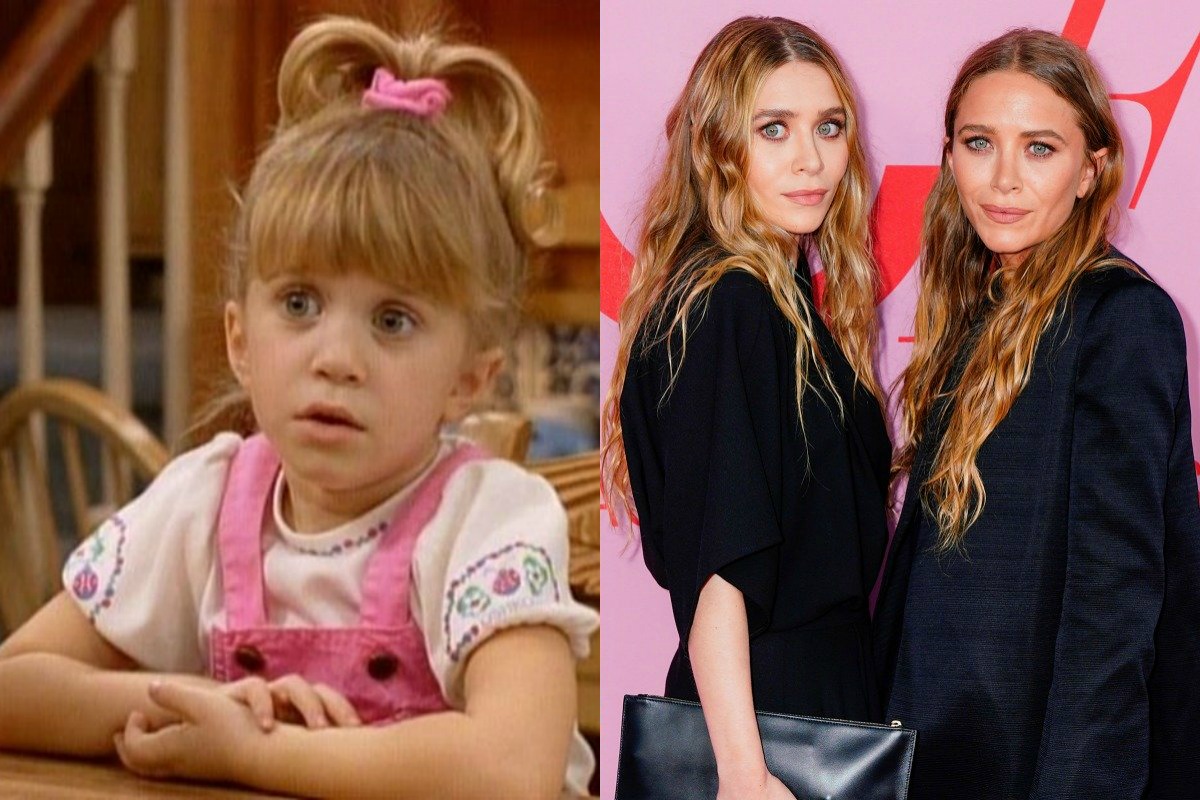 These days the sisters, who now own two successful fashion brands, live a relatively private life away from the spotlight. But their younger sister and actor Elizabeth Olsen, has opened up about the dark side of her sisters' childhood fame.

"The paparazzi part was the strange part because they follow you, and as a child it was very scary," she said on Jessie Ware’s Table Manners podcast.

"They were obsessed with them turning 18."

In fact, Elizabeth later considered quitting acting altogether after the media went into a frenzy over Mary-Kate's reported struggle with an eating disorder.

"That was when the media was what I found to be abusive to my sisters, and I thought I really didn't want to be in the industry," she told Nylon Magazine, according to E! News.

"They turned 18 and what was going on in her life — I'm talking about Mary-Kate — was all over the news. They would follow us shopping and [Mary-Kate and Ashley] would almost get into car accidents because of the paparazzi, and I didn't want to be a part of it. I just thought, 'This is such bulls**t.'"