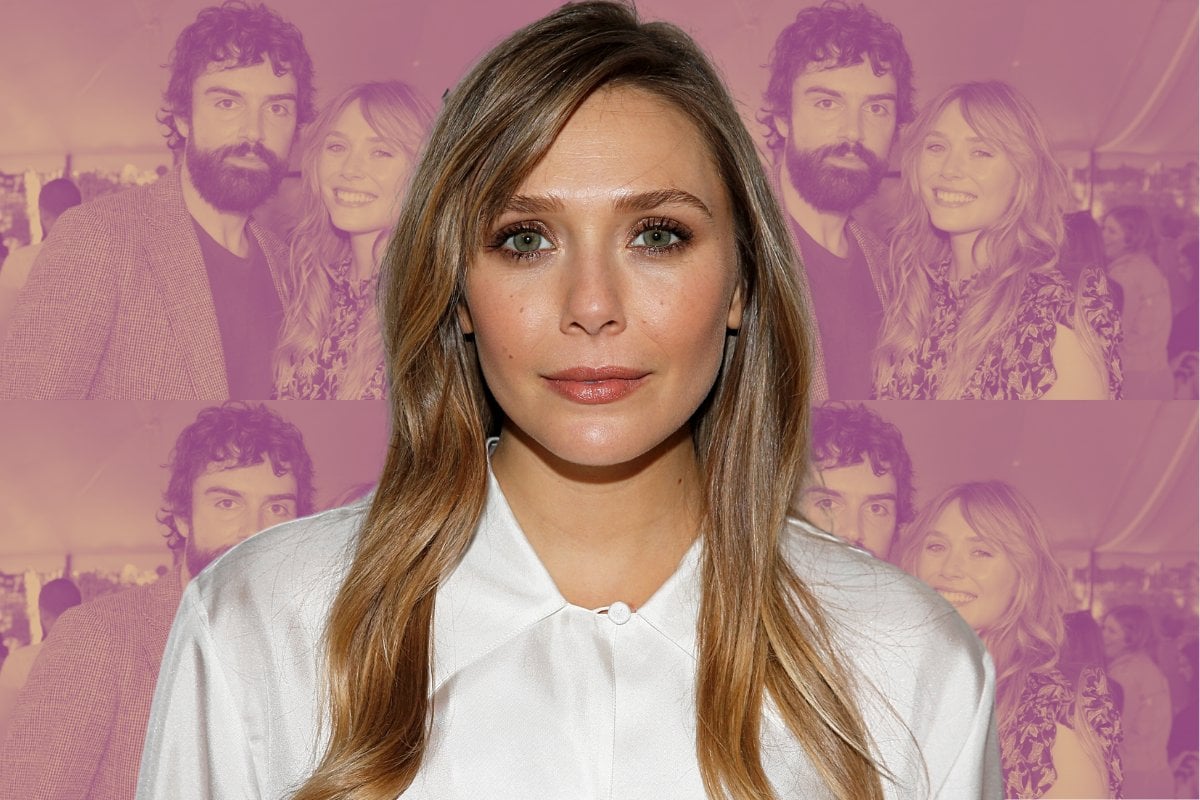 In the early 2000s, Mary-Kate and Ashley Olsen were the most famous teenagers in the world.

The now 34-year-old twins, who were born in Los Angeles in 1986, launched to fame when they made their acting debut on American sitcom Full House at just six months old.

From 1987, the fraternal twins shared the role of Michelle Tanner for the entire run of the series, sharing their first steps and first words on set.

Watch the trailer for Disney Plus' WandaVision below. Post continues after video.

It was a role that solidified Mary-Kate and Ashley Olsen's place in pop culture, changing the lives of their entire family.

In fact, their siblings, older brother Trent and younger sister Elizabeth, virtually grew up on sets.

"It was just normal. It was never weird," Elizabeth Olsen told Danny Pellegrino on his podcast, Everything Iconic.

"When my brother and I would get picked up from school, that was our after-school care," she added, speaking to SFGate.

"It was really hanging around on set, so every once in a while, they'd ask us, 'So, do you guys want to be in this one? We'll put gum in your hair.' To me, it was never acting. It was silly and fun."

Now, three decades on from Full House, the tables have turned for the Olsen family.

While Mary-Kate and Ashley Olsen have retired from acting and turned their attention to fashion, Elizabeth Olsen has emerged as a leading lady in Hollywood.

Elizabeth Olsen was born on February 16, 1989, to her parents Jarnette, a personal manager, and David, a real estate developer.

She has three older siblings, brother Trent and twins Mary-Kate and Ashley, and two younger half-siblings, Jake and Courtney.

From a very young age, Olsen had an interest in acting, appearing in a number of small roles alongside her twin sisters.

But growing up alongside her famous sisters wasn't always easy.

"It's weird growing up with that," the actress shared on Jessie Ware's Table Manners podcast.

"The paparazzi part was the strange part because they follow you, and as a child, it was very scary," she continued.

"They were obsessed with them turning 18."

Although Olsen originally wanted to jump into acting at a young age like her sisters, she soon changed her mind, opting to stick to ballet and singing lessons. 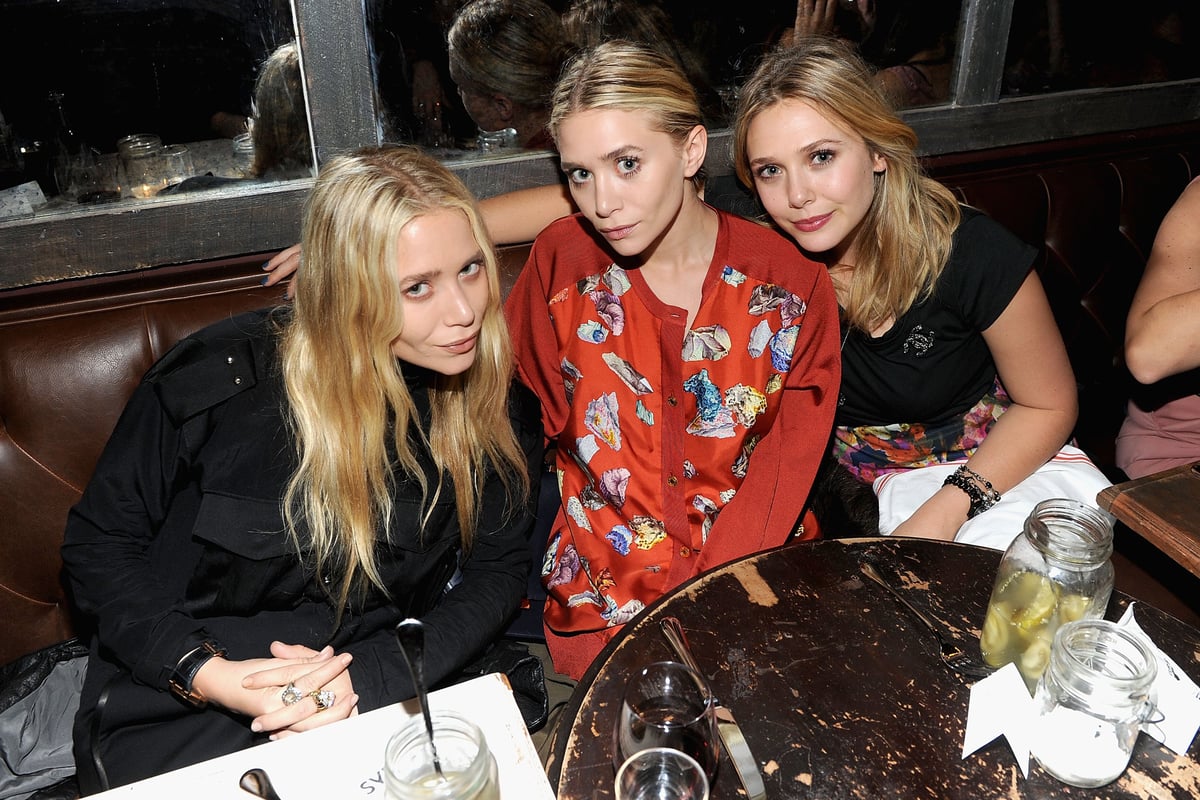 During her time at the school, Olsen slowly started auditioning for roles outside of her sister's projects.

But in 2004, Olsen later considered quitting acting altogether after the media went into a frenzy over Mary-Kate's reported struggle with an eating disorder.

"That was when the media was what I found to be abusive to my sisters, and I thought I really didn't want to be in the industry," she told Nylon Magazine, according to E! News.

"They turned 18 and what was going on in her life — I'm talking about Mary-Kate — was all over the news. They would follow us shopping and [Mary-Kate and Ashley] would almost get into car accidents because of the paparazzi, and I didn't want to be a part of it. I just thought, 'This is such bulls**t.'"

Five years later, however, the actress had a change of heart, enrolling at the New York University Tisch School of the Arts in 2009. 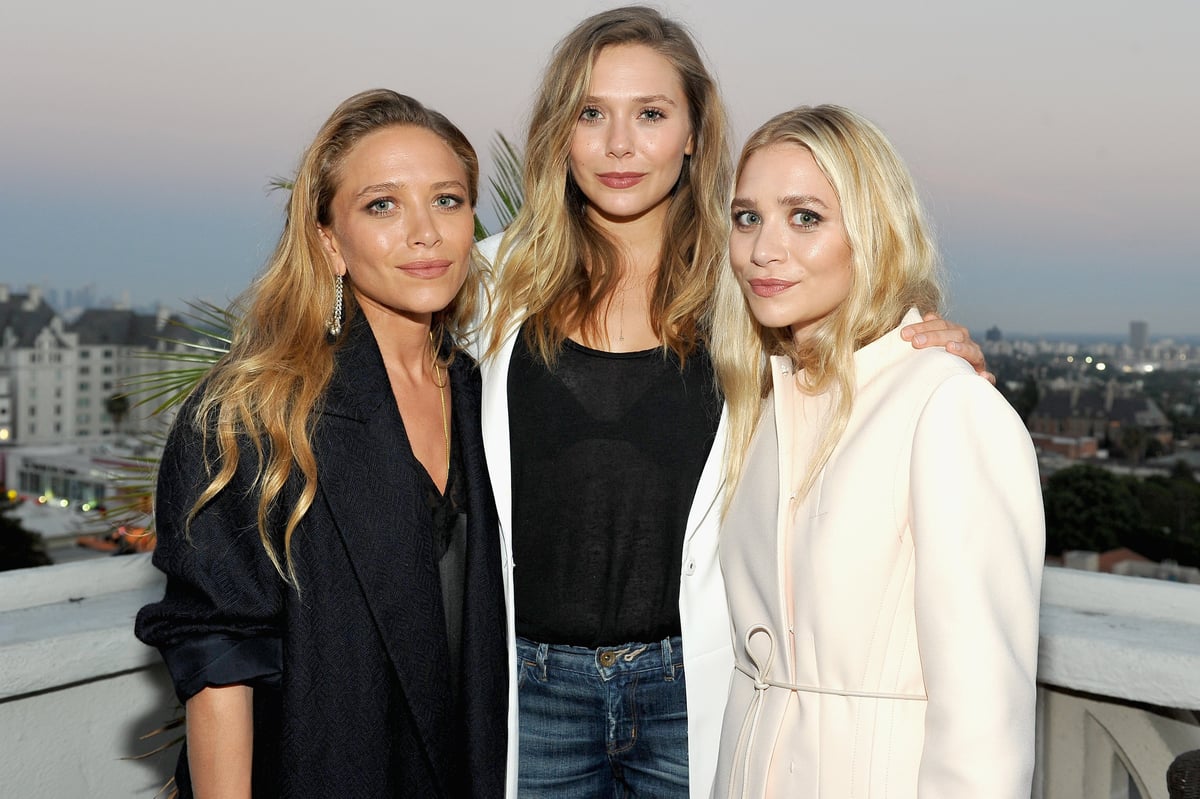 While studying, Olsen landed a role in the off-Broadway production Dust and the Broadway show Impressionism, leading her to land an agent.

"It all just kind of happened," the actress told SFGate. "I got lucky. Good place, good time."

By the time Olsen graduated from New York University, she had already appeared in several films.

In 2011, the actress landed her breakout role in the indie drama Martha Marcy May Marlene.

The film was a hit among critics at the Sundance Film Festival, with Olsen described as "Little Miss Sundance".

"I never thought I was going to go home from Sundance and find my whole life had changed, and honestly, it didn't. I just went home. But it was exciting," she told The Guardian in 2012.

"I had been nervous about putting myself out there on film. Theatre seemed so much safer at that point. But people loved the movie." 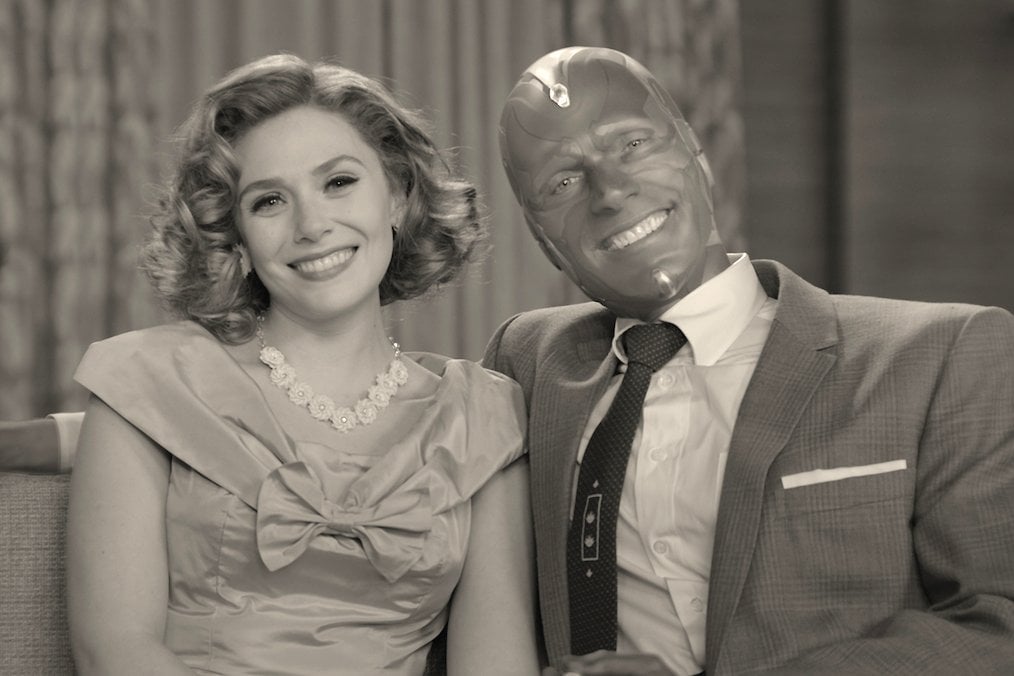 Elizabeth Olsen and Paul Bettany in WandaVision. Image: Disney Plus.

But it was the actress' cameo as Scarlet Witch at the end of Captain America: Winter Soldier that made Olsen a household name.

Since the film premiered in 2014, Olsen has appeared in a number of films in the Marvel Cinematic Universe, including Avengers: Age of Ultron, Captain America: Civil War, Avengers: Infinity War, and Avengers: Endgame.

It was a shock to the system to Olsen, who is notoriously private.

"Every day I think I should delete [my Instagram]," she told Harpers Bazaar.

"I'm trying to treat that aspect of my life as part of the job."

Earlier this year, the 32-year-old reprised her role as Scarlet Witch in WandaVision, the first Marvel Cinematic Universe TV series on Disney Plus.

As for her personal life, Elizabeth Olsen started dating actor Boyd Holbrook in 2013. 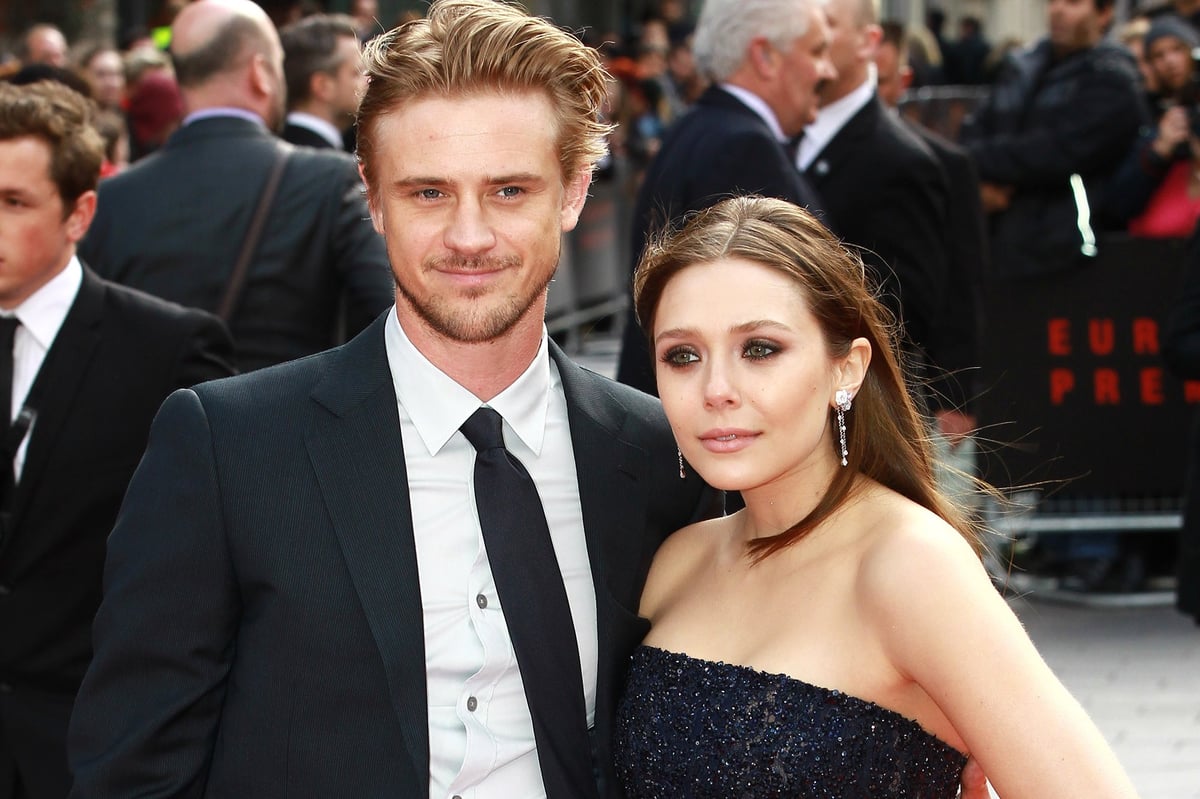 The actress was later linked to actor Tom Hiddleston in 2015. However, the pair never confirmed their relationship. 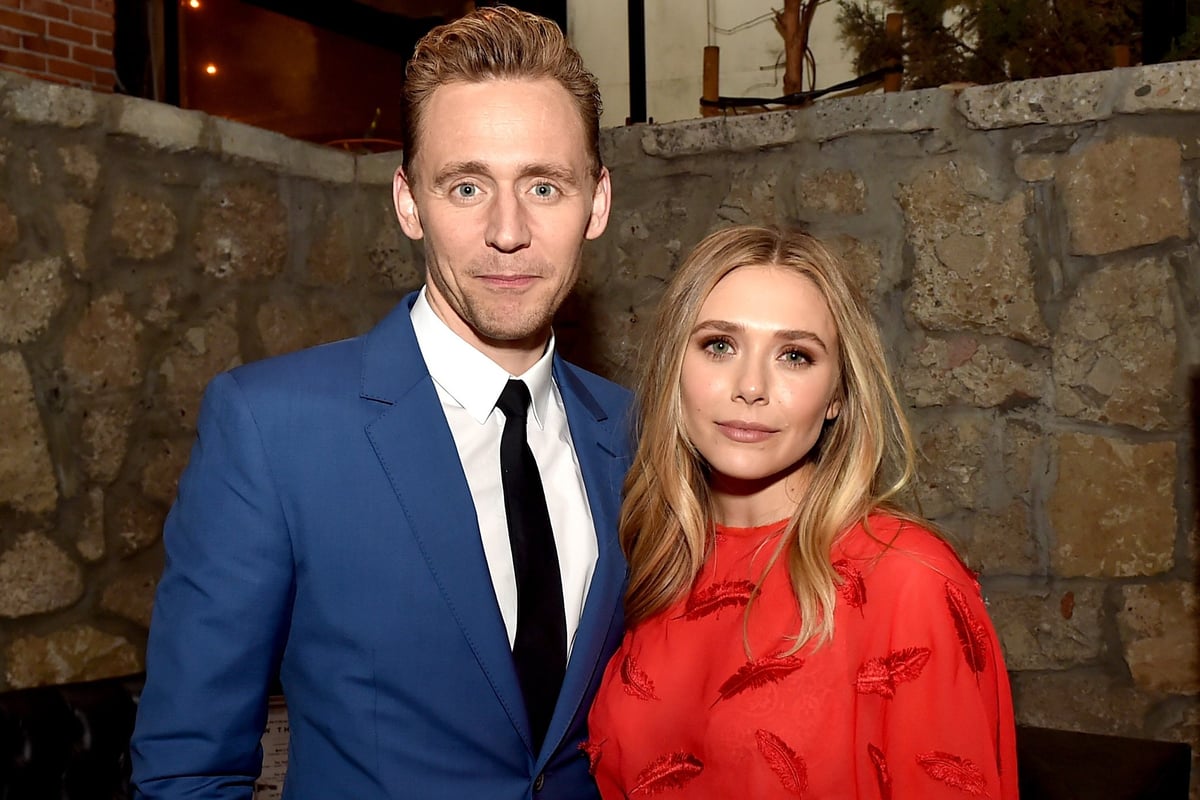 Speaking to Modern Living, Olsen shared that she is open to starting a family with Arnett. 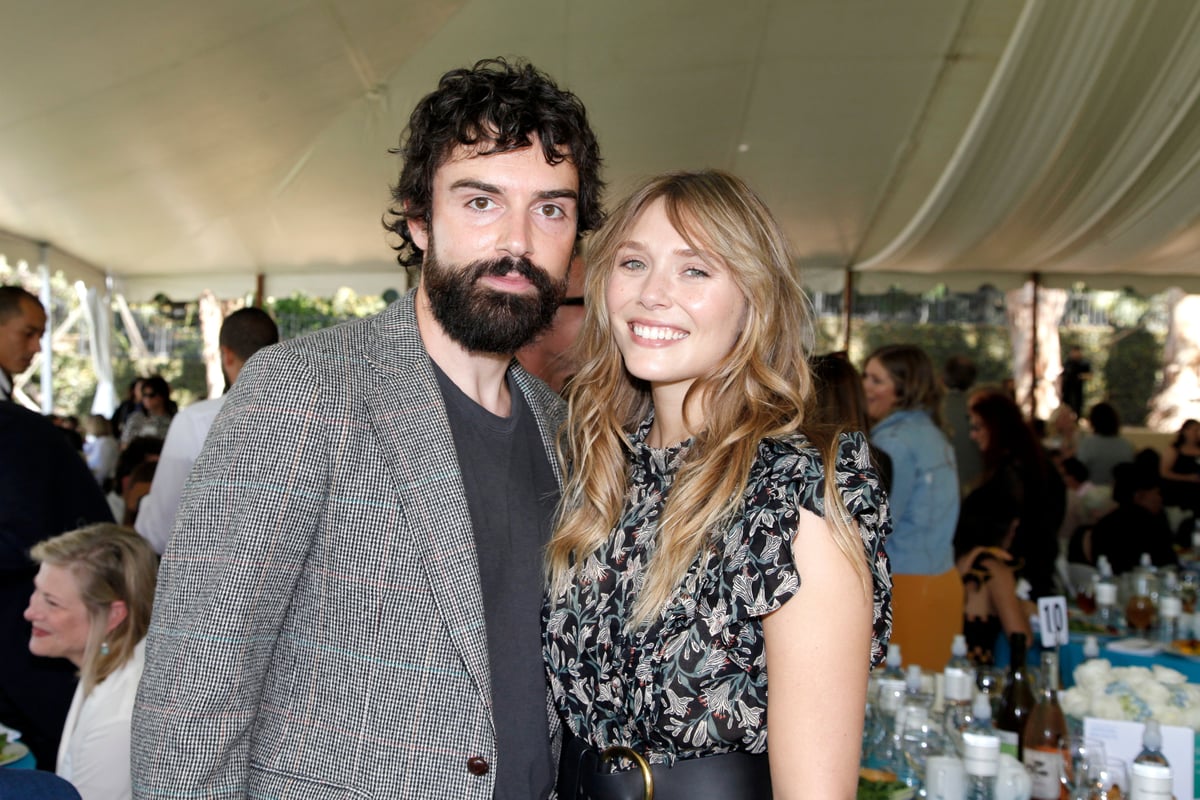 "I was also thinking, 'There's this small room upstairs, which would be good for a kid,'" she told the publication.

"I don't know where things will lead, but I do think about it in that way: 'I think I could raise kids here.'"

In an interview with Kaley Cuoco for Variety, Olsen hinted that she has since married her fiancé.

After telling Cuoco that she had to do the interview from her bathroom due to noisy construction work, Olsen pointed out a Little Miss Magic book that was placed behind her in the bathroom, before casually referring to Arnett as her husband.

"I also just noticed that my husband put Little Miss Magic — you know, the Little Miss books? They’re these classic books, but magic because of WandaVision, because he’s such a f**king cutie," she shared.

Elizabeth Olsen's husband (who she's married to, by the way) decorated her video chat background for her #ActorsOnActors interview with Kaley Cuoco! https://t.co/Lo40kuI09n pic.twitter.com/rOb7Uqxf68

"I love that he set design for you today. He did a lot...is there craft service, too? What else is he doing?! "Cuoco responded.

"I made him breakfast," Olsen laughed in response.

Although fans were shocked to learn the news, Olsen and Arnett are notoriously private when it comes to their relationship.