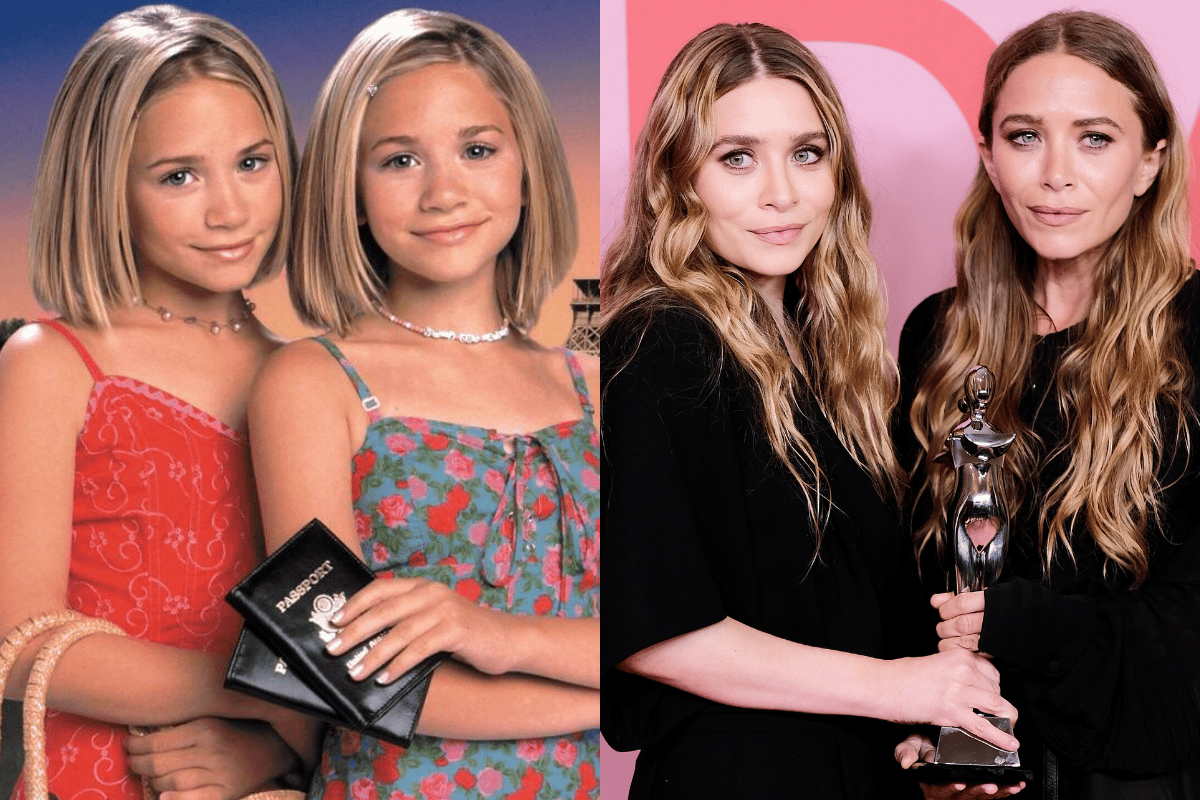 If you were born before 2000 or just watched a lot of TV during your teenage years, Mary-Kate and Ashley Olsen need no introduction.

The 35-year-old twins, who were born in Los Angeles in 1986, solidified their place in pop culture when they debuted on Full House at just six months old.

From 1987, the fraternal twins shared the role of Michelle Tanner for the entire run of the series – right up until they were six years old.

From sharing their first steps and first words on set to wearing dentures for continuity purposes, Mary-Kate and Ashley’s time spent growing up on the American sitcom quickly launched their (very lucrative) career in Hollywood.

Now, three decades on from their debut on Full House, a lot has changed for the Olsen twins.

Here’s what Mary Kate and Ashley Olsen’s life is like now. After their time sharing the role of Michelle on Full House, Mary-Kate and Ashley's acting career soon skyrocketed.

In 1993, shortly before the end of Full House, the Olsen twins established the entertainment company Dualstar, which produced all of their subsequent direct-to-DVD films.

Over the years, the pair made dozens of popular direct-to-DVD movies, including Our Lips Are Sealed, Passport to Paris, and How The West Was Fun, as well as a series of musical mystery videos titled The Adventures of Mary-Kate & Ashley.

During this time, the twins released albums, a pre-teen clothing line at Walmart, a cosmetics line, video games, an animated TV series and even a board game. There was also a fan club for the twins, complete with a magazine as well as merchandise.

In 2004, the then 18-year-old twin sisters starred in their last film together with the release of feature-length movie New York Minute.

Watch the trailer for New York Minute below. Post continues after video.

That same year, the twins also took full ownership of their media company Dualstar, leading them to join the list of the richest teenagers in the world. By 2007, it's believed the pair shared an estimated combined net worth of $100 million.

Following the release of New York Minute, Ashley retired from acting and instead dedicated herself to fashion.

On the other hand, Mary-Kate went on to appear in movies such as Factory Girl and Beastly, before she retired from acting in 2011.

In 2006, the twins turned their attention to fashion when they launched their own couture fashion label, The Row, before launching Elizabeth & James in 2007. They have also released a women's clothing line for J.C. Penney.

As their influence in fashion has grown, Mary-Kate in particular has become famously known for her signature "homeless" look, as coined by The New York Times. The look, which Mary-Kate is often seen wearing, consists of oversized sunglasses, flowing skirts, oversized sweaters and boots. Mary-Kate and Ashley Olsen at the Met Gala in 2018. Image: Getty.

Over the years, both Mary-Kate and Ashley have been linked to a number of famous men.

In 2005, Mary-Kate even ended up in a very public love triangle when her then-boyfriend Stavros Niarchos III left her for Paris Hilton.

In 2012, she later began a relationship with Olivier Sarkozy, a US-based French banker and the half brother of former French president Nicolas Sarkozy.

After getting engaged in 2014, the pair, who share a 17-year age difference, were married in 2015 at a private residence in New York City.

At the time, the wedding was at the centre of much media attention when it was reported that the wedding reception featured bowls of cigarettes on each table. "Everyone smoked the whole night," a source claimed, according to Page Six. Over the years, Mary-Kate kept her relationship with Sarkozy primarily under wraps.

"I think we’re lucky [working hard] comes quite naturally for us. We don’t need so much time to sit and think and ponder. But then I have a husband, two step-kids and a life; I have to go home and cook dinner," Mary-Kate told The Edit in 2017.

"I ride horses on the weekends. You find the thing that helps you relax and if you don’t have it, you have to look for it. Or you get burned out and then you’re not productive."

In May 2020, however, Mary-Kate filed for divorce.

According to Page Six, the pair's divorce was sparked by Sarkozy's decision to move his ex-wife, Charlotte Bernard, and their two children into their $5 million Bridgehampton home amid the COVID-19 pandemic.

One source told the publication, "Olivier was concerned for the safety of his family in New York during the pandemic. He insisted to Mary-Kate that he wanted to bring his ex-wife, their kids and his mother from the city, to their Bridgehampton home."

"Maybe French people culturally have a different view of marriage, and while Mary-Kate loves his children, it was too much to have his ex-wife living with them during the pandemic. Would you want the ex-wife living with you for an unforeseeable amount of time in the middle of a crisis?" they added.

Much like her sister, Ashley also found love with an older man. The now 35-year-old dated Richard Sachs, a financier and art collector who was 28 years her senior, for five months.

Since 2017, however, Ashley has been dating 31-year-old artist Louis Eisner. In September 2018, a source told RadarOnline that the couple aren't in a rush to get married.

"He’s a long-term relationship kind of guy, but he doesn’t follow societal norms," the source said.

Three decades on from Full House, Mary-Kate and Ashley both live incredibly private lives without a social media presence.

"We've spent our whole lives trying to not let people have that accessibility, so it would go against everything we've done in our lives to not be in the public," Mary-Kate told Vogue in 2011.

"We don't dive into that world [of social media]," Ashley added.

"We don't have Instagram or Facebook. So we've never been connected to our customers or our fans in that way. We've stayed quite sheltered."

Since diving into the fashion world, the Olsen twins haven't appeared on screen together for over 15 years. Mary-Kate and Ashley with their sister and fellow actress Elizabeth Olsen in 2016. Image: Getty.

"I don't like being the centre of attention anymore," Ashley told Elle UK of retiring from acting.

"It doesn't mean I'm not interested in Hollywood. I like the way it operates, I like the people who are involved and the sense of possibility. But if I ever get back in, it's not going to be as an actress."

But despite their change in career, Mary-Kate and Ashley are just as close as ever.

Speaking to Wall Street Journal last year, the famous twins opened up about their complicated sister dynamic, describing their relationship as like "a marriage and a partnership".

"We have had our ups and downs," Ashley said.

"It’s been 32 years of learning how to communicate."

While the twins no longer appear on screen, their younger sister, Elizabeth Olsen, is making a name for herself in Hollywood.

Appearing at the Emmys earlier this week for her role in Disney Plus' WandaVision, Elizabeth wore an off-white dress designed by her twin sisters' label, The Row. 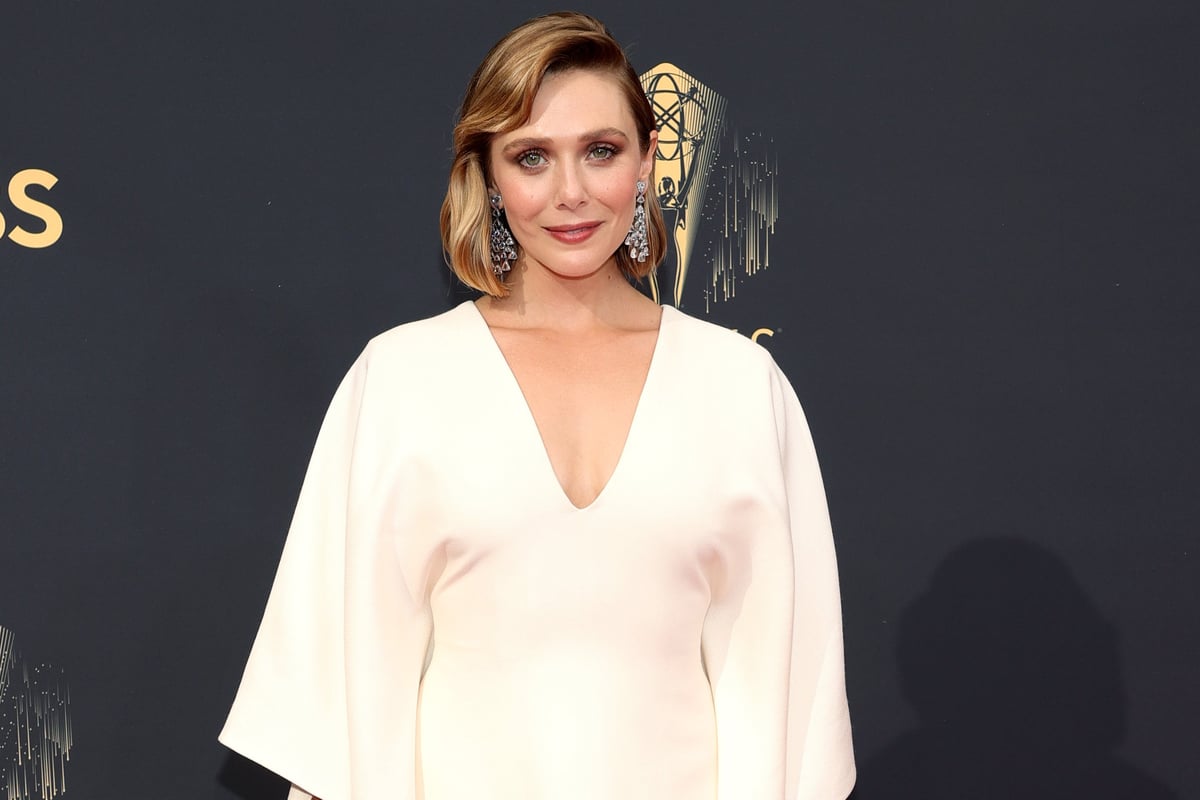 But before her career took off, Elizabeth considered using a stage name to disassociate herself from her famous sisters.

"There is some sort of association of not earning something that I think bothered me at a very young age," she told Glamour.

"They showed me that you can be private, but also accessible to journalists, for those reasons. It's helpful that I learnt my value system from them."

They both looked really frightening at the Met Gala.

More work than a 65 mustang

So no mention of Mary-Kate's eating disorder or rather odd connection to Heath Ledger?