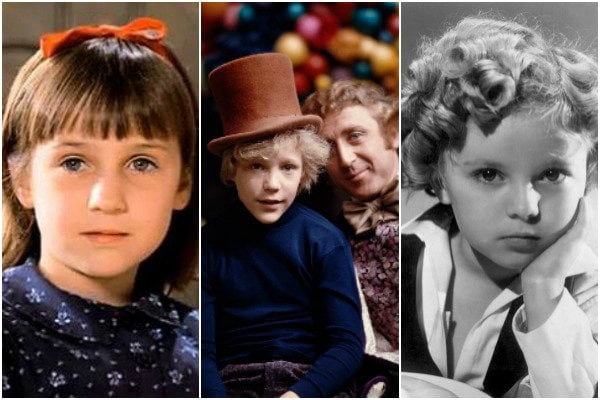 We often look back at child stars with a sense of nostalgia and wonderment.

They were the kids who kept us entertained on rainy weekends and long, hot school holidays. They taught us about friendship, love, and grief, and triumphing over adversity.

The characters they played in our favourite movies and TV shows will always hold a special place in our imaginations, long after the actors grow up and move on with their lives.

While some child stars continue to work in the entertainment business, many simply choose to walk away and live normal lives. ﻿

WATCH: The trailer for Showbiz Kids, released this month. Post continues after video.

Here, we delve into the lives of just seven of the celebrities who retired from Hollywood after reaching stardom as a child, and unpack their reasons why.

Mara Wilson was just six when she starred as the title character in the beloved children's film, Matilda.

The talented child star also appeared in Mrs Doubtfire, Miracle on 34th Street and Thomas the Magic Railroad, racking up nine roles in her short but impressive acting career.

Mara quit acting at 13 and later became a successful author and journalist. 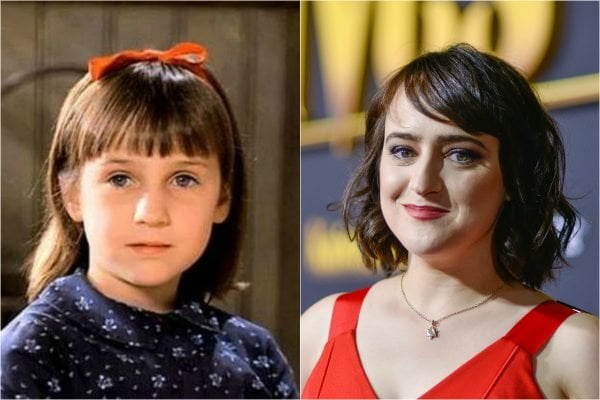 In her 2016 memoir, Where Am I Now, she wrote that when she hit puberty, the roles stopped coming.

"I wasn't getting any parts... something didn't make sense - at least until I was called for a role in a pilot. I would be auditioning for the 'fat' girl," she wrote.

﻿"I realised I didn't fit their idea of what a Hollywood actress looks like, so there's no room for me here," she added.

As far as she saw it she had three choices, get cosmetic surgery, get "meager" character roles, or give up a career in Hollywood altogether. She chose the latter.

At 32, Mara's journalism career is booming, and she's been published in Elle, The New York Times, Vanity Fair, Jezebel, The Daily Beast and The Toast, to name a few.

Shirley started acting when she was just three and later became one of Hollywood's biggest stars in the 1930s.

She appeared in 43 films over 17 years, including The Little Princess, Bright Eyes, Curly Top and Heidi, and was said to be 20th Century Fox's greatest asset.

At 22, she retired from film and instead tried her hand at politics. 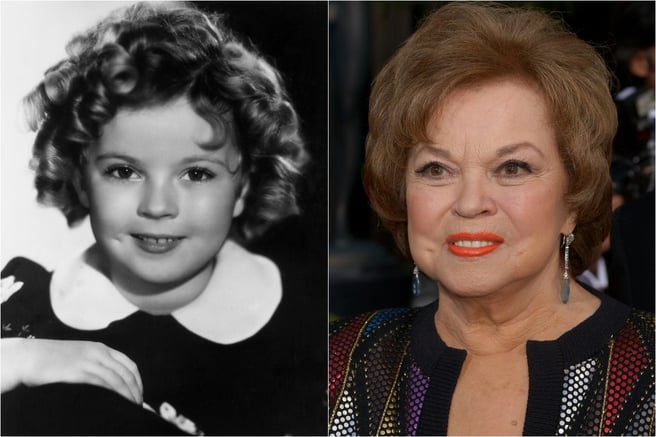 After a failed run for Congress in 1967, she was appointed to represent the US at the United Nations, and then became the US ambassador to Ghana.

Later, she served as the ambassador to Czechoslovakia, and was also on several boards for organisations such as The Walt Disney Company, Bank of America, and the National Wildlife Federation.

Shirley died from chronic obstructive pulmonary disease in 2014 at 85.

Amanda started out as a Nickelodeon star, before forging a highly successful career with films like What A Girl Wants, and She's The Man and Hairspray.

At 24, she announced her retirement from acting on Twitter writing, "Being an actress isn't as fun as it may seem. If I don't love something anymore, I stop doing it. I don't love acting anymore, so I've stopped doing it. I know 24 is a young age to retire, but you heard it here first". 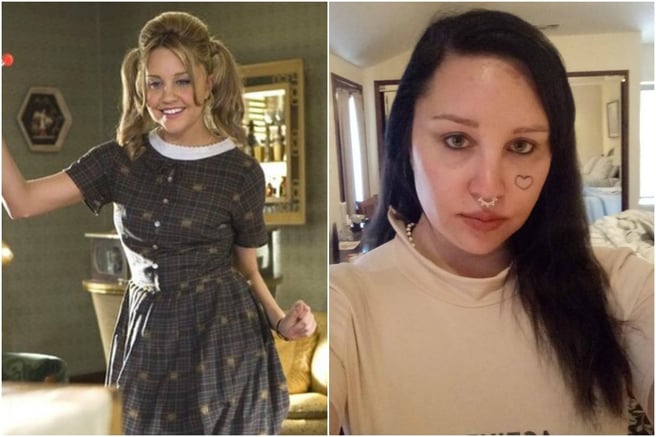 Amanda as Penny in Hairspray, and in May, 2020. Image: Zadan Productions/Instagram @amandabynesreal.

She had dreams to graduate from fashion school, but since 2013 her struggles with mental illness and drug abuse, and her run-ins with the law, have dominated both her life and the headlines.

In March 2020, it was reported that she was again checking into rehab to undergo treatment for stress and anxiety.

You might not recognise this name, because Danny didn't last long in Hollywood at all.

Star of the horror film The Shining in 1980, Danny retired from acting as a teenager, with just one more gig in his arsenal, the TV film Will: G. Gordon Liddy.

After acting Danny eventually became a biology professor in Kentucky. 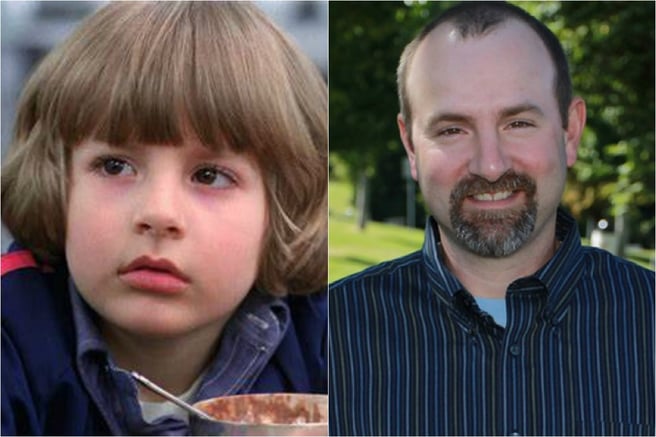 Danny starred in The Shining as a child, but couldn't land any more breakout roles. Image: The Production Circle Company/Rotten Tomatoes.

Speaking to The Guardian in 2017, Danny said he continued to audition for roles "but with no success really," and eventually at 14 he quit because he found the constant rejection "boring" after a while.

"I don’t regret trying acting. When I decided to stop, I don’t regret that either. At the end of the day, it’s not a huge deal," he told the publication.

In 1987, Mary Kate and Ashley Olsen starred in Full House when they were just babies. They stayed on the show until they were nine, before starring in dozens of popular direct-to-DVD films.

They were the teenage sensation of the '90s and early 2000s, also releasing albums, a pre-teen clothing line at Walmart, a cosmetics line, video games, an animated TV series and even a board game.

In 2004, the then 18-year-old twin sisters starred in their last film together and instead took full ownership of their media company Dualstar, leading them to join the list of the richest teenagers in the world. 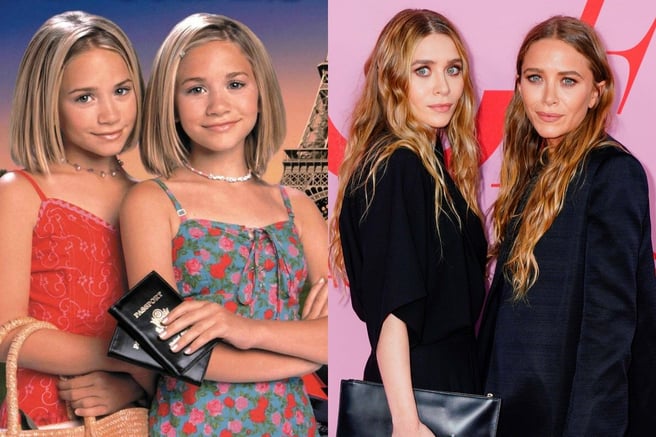 Eventually they turned their attention purely to fashion, but despite neither appearing in a film since 2011, they didn't officially announce their retirement from acting until 2014.

"With what we were doing in business when we were younger, I don’t think it ever felt like we were actresses,” they told Women's Wear Daily. ﻿

The twins have a very successful career in the fashion industry, with couture line The Row, and retail labels Elizabeth and James, Olsenboye and StyleMint.

Peter's first and only role was in the popular 1971 movie, Willy Wonka & The Chocolate Factory.

He was just 12 when he played Charlie Bucket, the starring role, but decided after production wrapped that the world of Hollywood wasn't for him.

He was offered a three-movie deal after shooting wrapped, but turned it down. He later became a veterinarian. 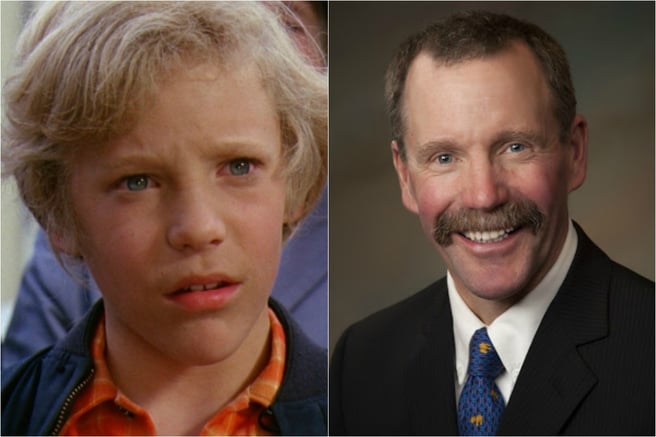 "Acting was fine, but I ­wanted something more steady. The key is to find something you love doing, and that’s what I got," he told the Daily Mirror in 2013.

Speaking at an American Veterinarian Medical Association conference, he said, "Everybody thinks that acting is such a glamorous profession, but it’s a difficult profession. I can remember the veterinarian coming out and taking care of the horses, and it made a huge impression on me."

Jamie played Vincent Crabb in the Harry Potter series until he was arrested and imprisoned for his participation in the 2011 England riots.

He was 11 when he was cast in the JK Rowling film adaptation and he appeared in six of the eight Harry Potter films, before being replaced in Deathly Hallows Part 2. 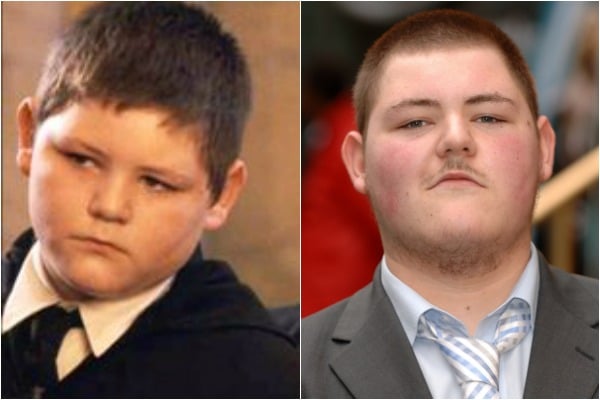 Jamie was forced to quit acting when he was arrested. Image: Warner Bros/Dominic Lipinski/PA/Getty.

The BBC reported he was first arrested in 2009 for growing marijuana in his family home and he was ordered to do 120 hours of unpaid community work. Two years later, he was sentenced to two years behind bars for his part in the riots.

He hasn't appeared in any films since Harry Potter, and Looper reports he has retired from the industry altogether. Not much is known about Jamie's life in 2020.