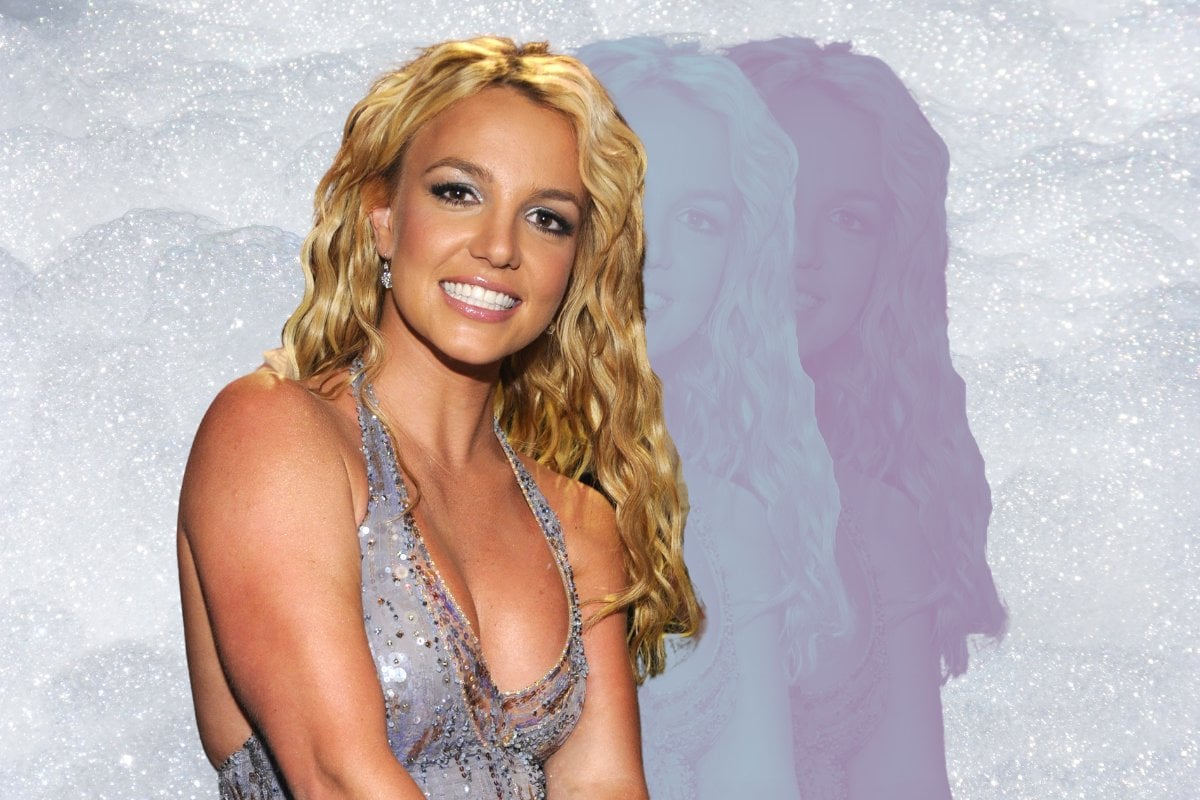 There is a point early in Framing Britney Spears, a new New York Times documentary about the popstar's long-standing conservatorship, that surprised me more than anything else.

In an early interview, Britney claimed she's not just a manufactured popstar doing what a group of men in suits tells her to do.

She was a young woman, with authority, reading the contracts and making the decisions about her own image and career, she said.

I was taken aback at the clip, to be honest. I couldn't recall ever hearing Britney discuss her own agency before.

Now, on one hand, this could be because I was a tween in the early stages of her career. But also, as Framing Britney Spears points out, the media landscape and treatment of Britney has been unfair right from the very beginning.

At multiple points, we see interviewers ask inappropriate questions. This begins when she's only 10, when the host of a talent show asks if she has a boyfriend.

She says no, because boys are mean. She's ten. The host responds to say he's not mean, so could he - a 60+ year old man - be her boyfriend?

Britney was 16 when her debut single '...Baby One More Time' was released in 1997, catapulting her to instant popstar status and only increasing the invasive questions. 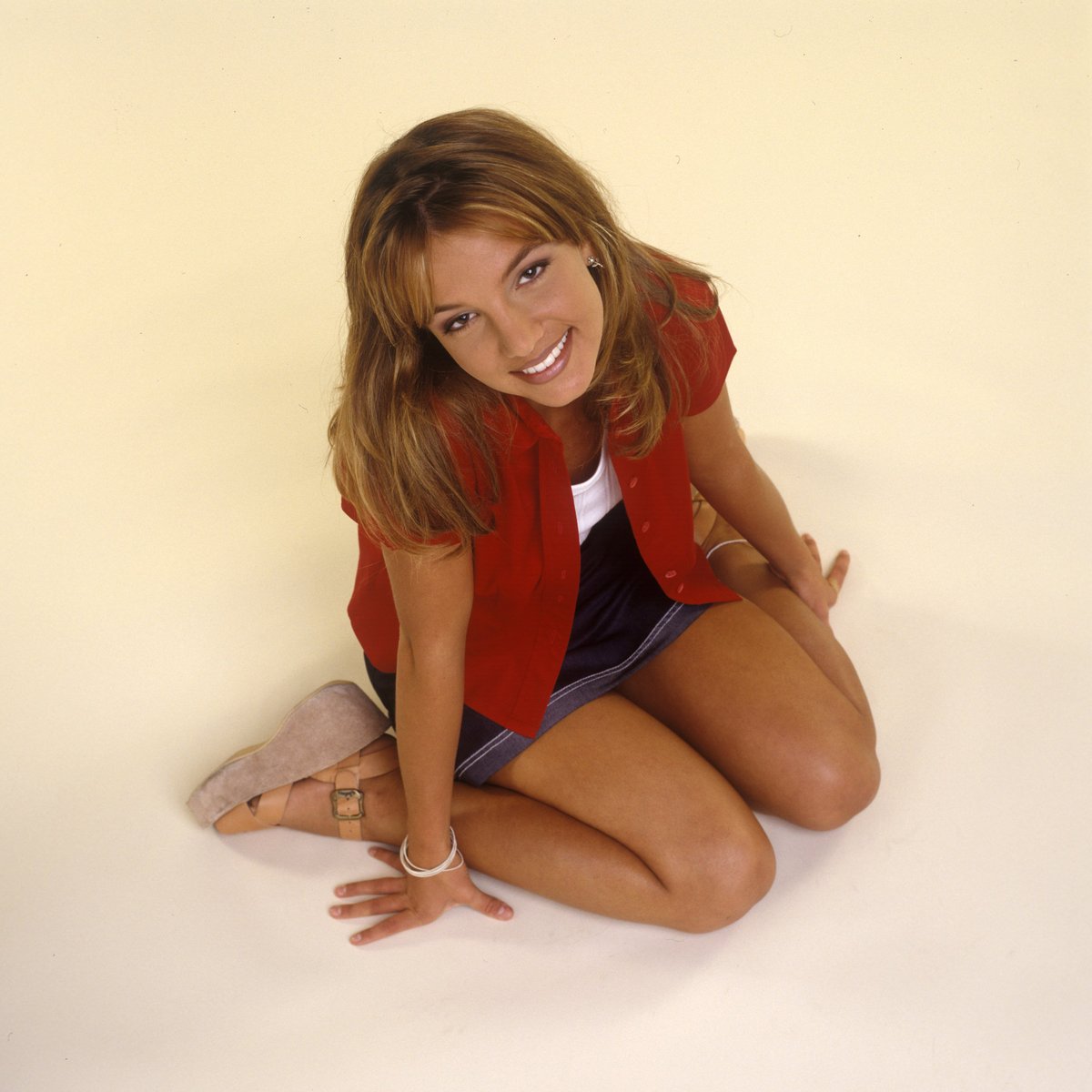 When she was 17-years-old, an interviewer told Spears: "Everyone's talking about it".

"Talking about what?" she responded.

"Your breasts," he said.

At 21, she was asked at a press conference about her virginity.

With each inappropriate question, she looked uncomfortable. She would query the interest, or awkwardly laugh.

And in 2003, when Diane Sawyer told her she'd upset parents by being a 'bad example', Britney pushed back. Sawyer read a quote from the wife of a US governor, who said if given the chance she'd shoot Britney.

"I'm not here to babysit her kids."

The Spill: The Britney Spears documentary that changes everything. Post continues below audio.

Britney could try to own her narrative until she was blue in the face, but no one was listening. She was a young woman, and that's not what made young women interesting.

Her boobs, though? Her personal life? Her weight? Front page news.

Things only intensified when ex-boyfriend Justin Timberlake launched his solo music career off the back of their breakup, using Britney's public image as a springboard.

The overwhelming narrative was: She was the bad guy. She must've done something wrong. She broke his heart.

Justin was cheered for admitting they had slept together. Britney was sl*t-shamed. 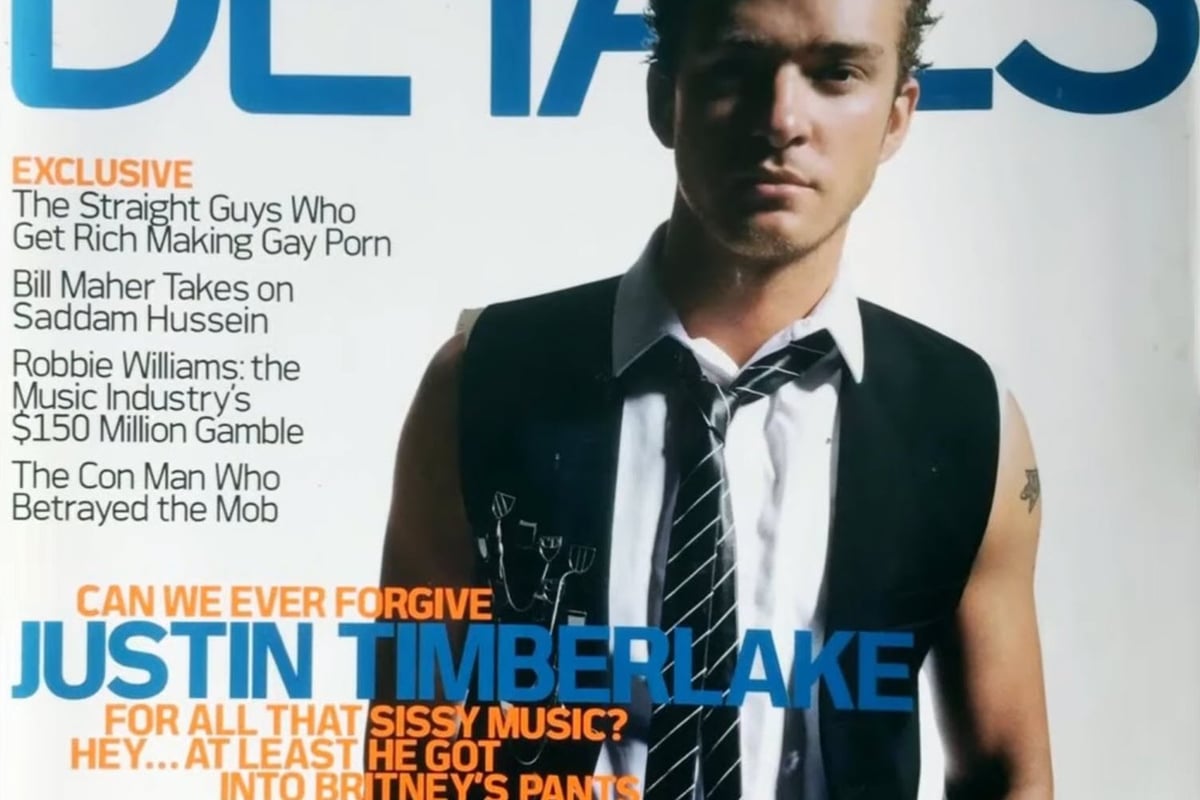 By this point, it was the early-mid 2000s and tabloid magazines were at the peak of their powers.

Each week, paparazzi battled to get the most unflattering image of her to sell to the mags, which the former photography director for US Weekly admitted in Framing Britney Spears was a deliberate strategy that increased sales.

Her car was swarmed. Men with cameras followed her everywhere.

There are multiple shots of her crying as paparazzi boxed in her car, cameras flashing.

"I'm scared," she repeated and questioned their need to get so close.

In an interview with Matt Lauer, Britney lamented tabloid culture and paparazzi. She said she didn't know what it would take to stop it, but she wished she was given space.

That was the night Britney shaved her head, in full view of the paparazzi cameras.

Because of course it was. Everything Britney did in 2007 was in front of cameras. There would have been no possible way Britney would have been able to leave her home without lenses watching on.

Framing Britney Spears put this head-shaving incident - the butt of so many jokes, then and still now - into context.

Britney was a popstar the media had taken ownership of, and they weren't listening to her.

She was a female pop star and a sex symbol, but with clippers to her head, she was weaponising the thing that was most valuable to them: her image. 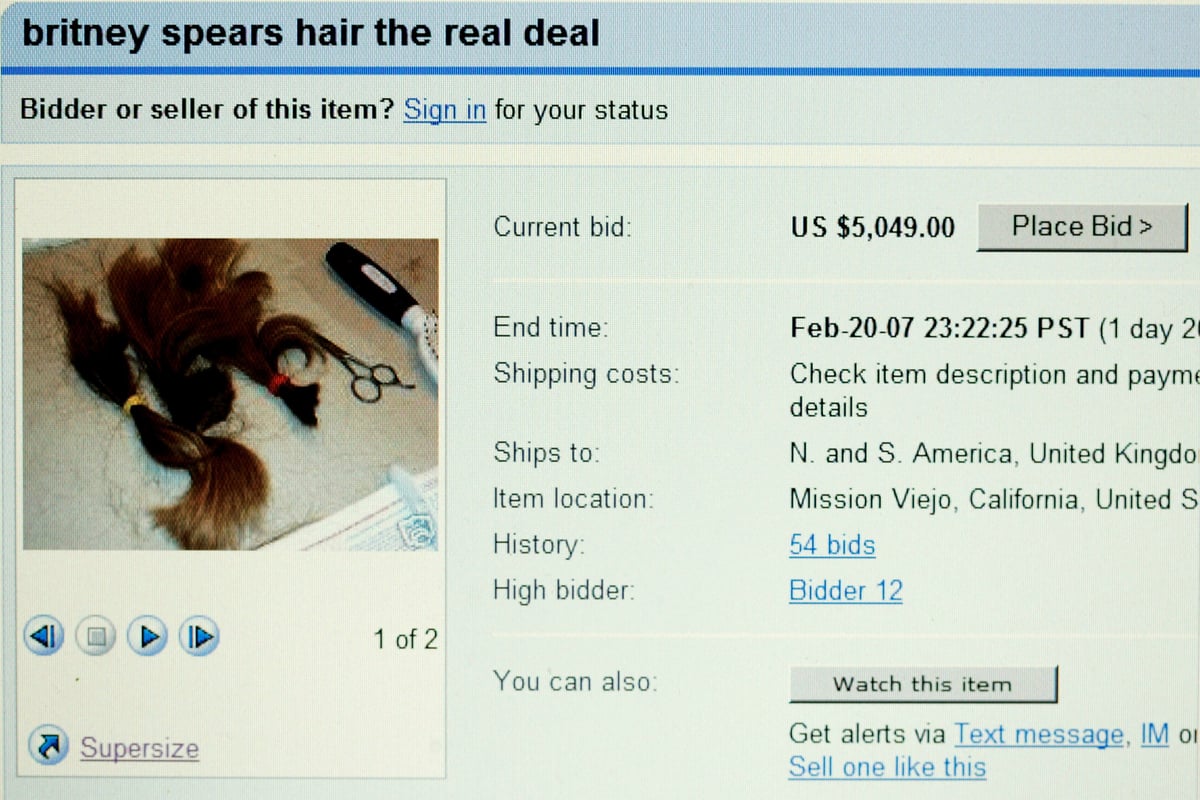 The owner of the salon where Britney shaved her head then auctioned her hair on eBay. Image: Getty.

Another night soon after, Britney left her home to try to see her sons, Sean and Jayden, who were living with their father and her ex-husband Kevin Federline.

He didn't let Britney past his gate. Devastated, she left, tailed by a paparazzo to a nearby parking lot.

She begged him for privacy, but he insisted on asking her questions. She then grabbed an umbrella and attacked his car.

Within hours, the images were seen around the world. They were framed as an aggressive attack. Britney was quickly labelled 'crazy' and ridiculed.

There was no reflection from media or consumers about their roles in what happened, but Framing Britney Spears finally re-contextualised Britney's infamous 2007.

After a decade of everyone wanting a piece of her, Britney had reached her breaking point.

Yet the pap who had captured the umbrella photos made it clear he still didn't get it.

He said Britney had asked him to lay off, but he assumed that meant for the rest of the day or for specific moments and not as a general request to please, let her live her life in peace.

Her 2007 single 'Piece of Me' was entirely about this. 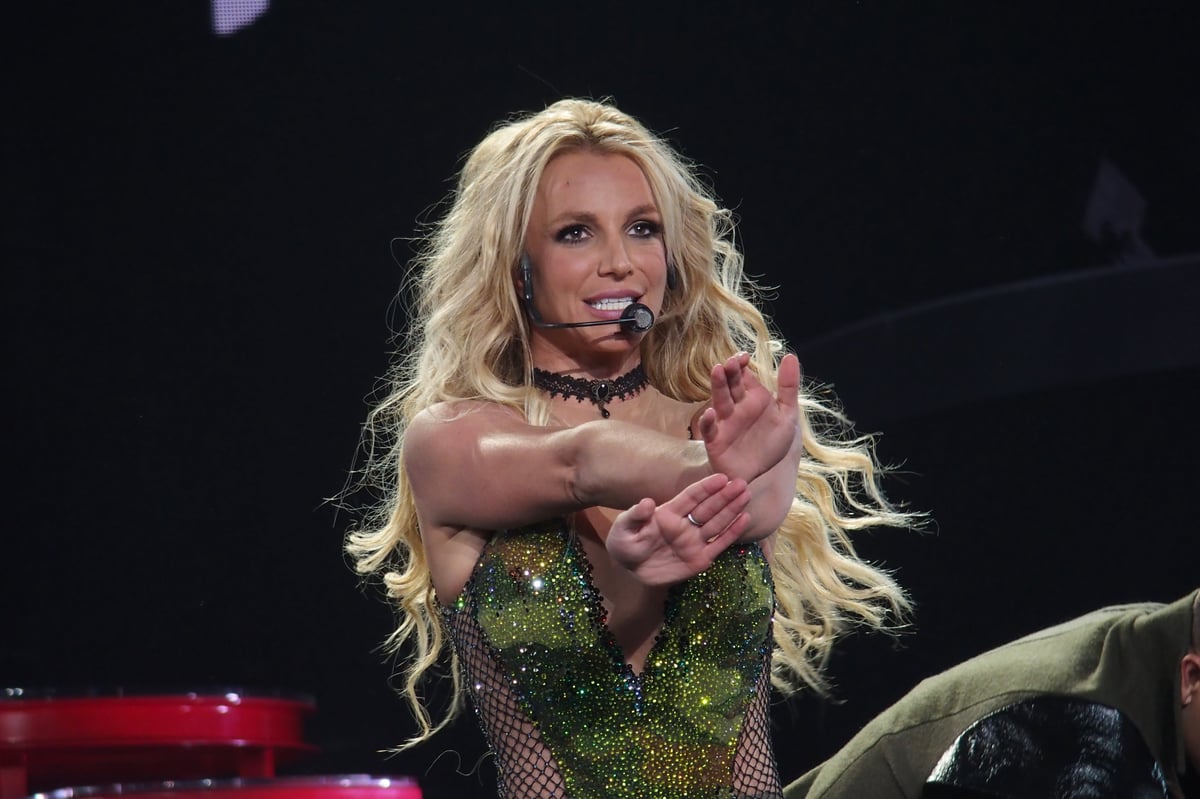 There are lines about how the paparazzi antagonise her and hope she'll "resort to startin' havoc" and how she's "most likely to get on TV for strippin' on the streets".

A review of the song in Dose said the song was "not that bad for everyone's favourite panty protesting, deposition skipping, weave wearing pop-tard" with zero sense of irony.

Britney was yelling at us. And we all had our fingers in our ears.

The incidents in 2007 led to her 2008 conservatorship, in which Britney lost full control of her life - legally.

At some point after this she tells an MTV camera that she's sad. It's never acknowledged.

A lot has changed since then. Public awareness and discourse around mental health has progressed dramatically, and with the rise of social media, stars have personal platforms that make owning their narratives much easier.

That's all too late for Britney, who has spent more than a decade unable to do anything without the permission of her conservators. 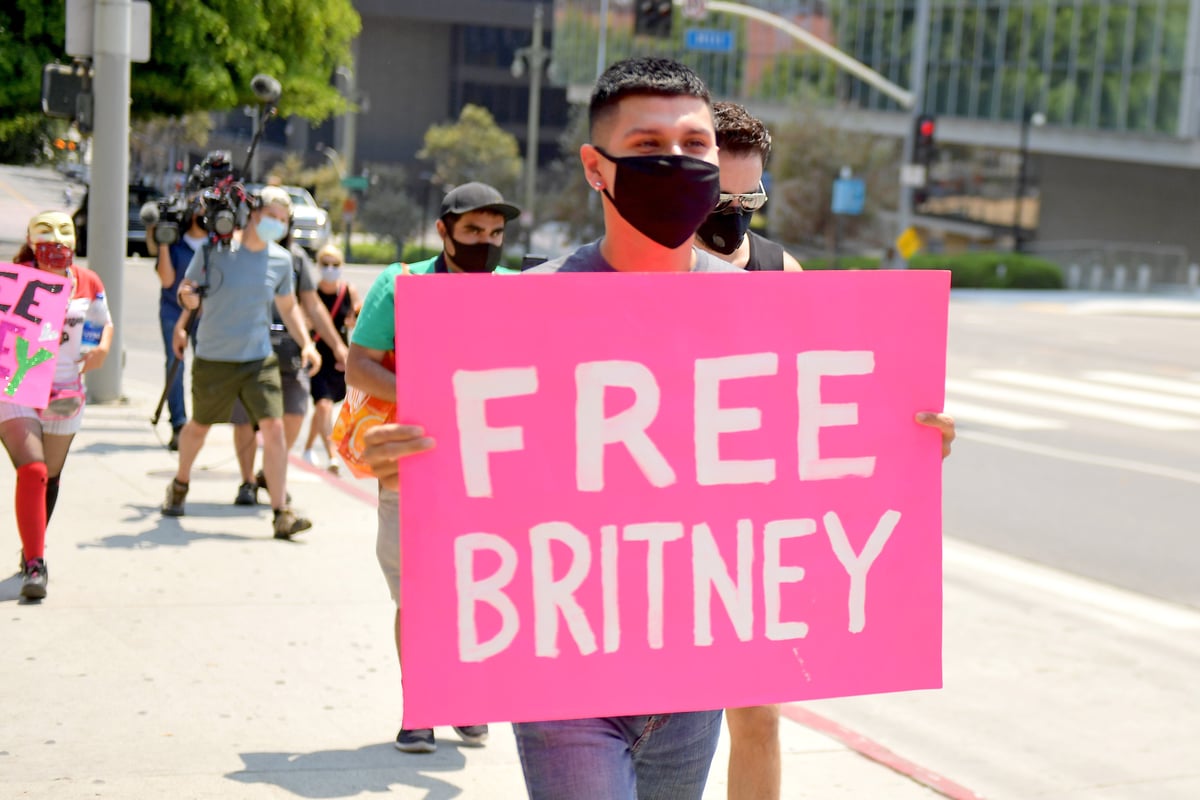 After 13 years, she's now fighting to get her independence back.

In September 2020, Britney filed to open up parts of her case, arguing the public should know what is happening to her.

She also gave a nod to the ever-growing #FreeBritney movement, born out of the realisation that for a long time, Britney was considered well enough to handle a busy workload, but not to control the finances that workload brought in.

"At this point in her life when she is trying to regain some measure of personal autonomy," the filing said, "Britney welcomes and appreciates the informed support of her many fans."

At a November 2020 court hearing, her father Jamie Spears was upheld as Britney's conservator, but the court did not close the door on ousting him in the future.

A month later, the conservatorship was extended until September 2021, but Britney appears to be determined to fight to live her life on her own terms.

She's reportedly refused to perform until her father no longer has control of her career.

The world is finally listening.

Reply
Upvote
4 upvotes
Even the strongest of people are going to break under that much pressure. Having it all laid out like that, it's no wonder she acted out like she did.
Go Britney, get your life back. You deserve it.
C
cat a year ago