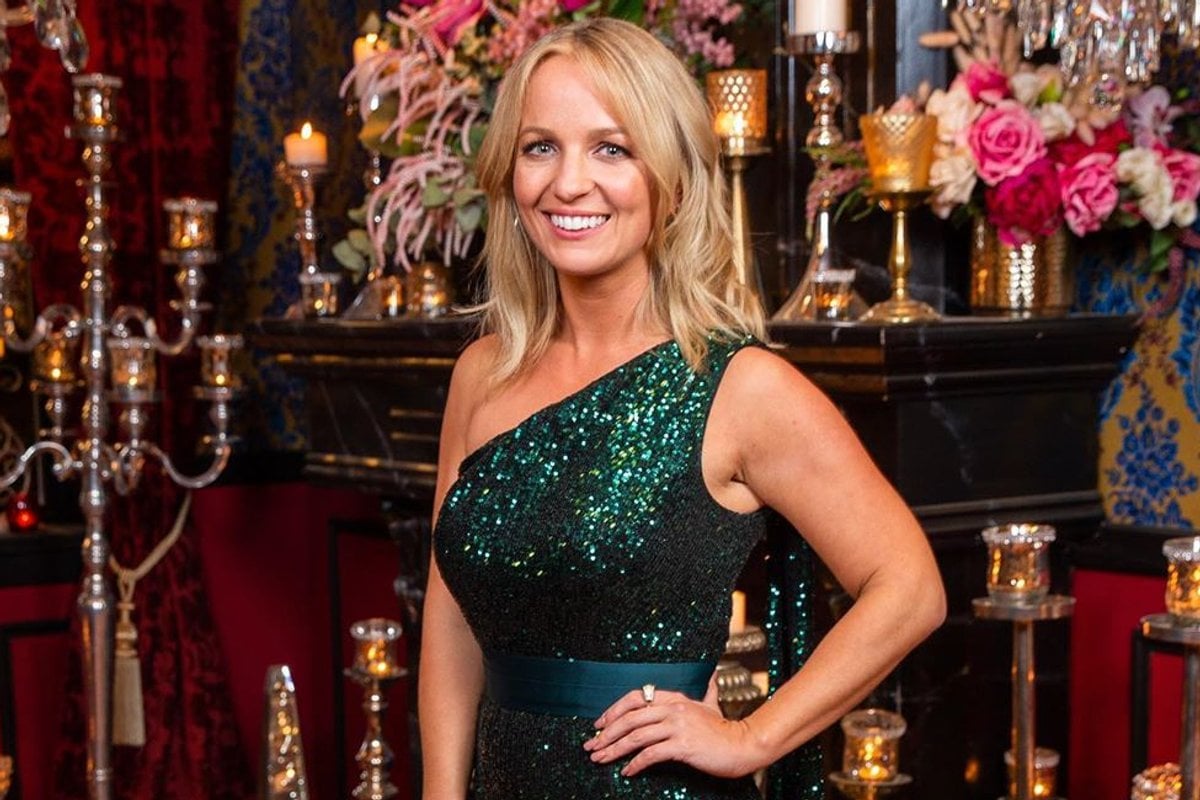 For the past three weeks, we've watched Becky and Elly Miles try and find love on The Bachelorette.

But now it seems Becky may have already dumped her chosen winner.

An inside source told the Daily Mail that Becky ends up breaking up with rumoured winner Pete Mann because the pair struggle to keep their relationship going while living in different states.

"She's very sweet, but the mathematics just didn't add up," the source reportedly told the publication.

"Pete was too invested in running his four coffee shops in Adelaide, and Becky wasn't keen on doing an Irena."

Becky previously asked Pete how their relationship would work with her living in New South Wales and him living Adelaide, during the show last week.

"If we did leave this together, how do you think that would work? Cause, like, you're in Adelaide and you've got a business, too, and that's huge," asked Becky.

"My family, they're in Adelaide now - my brother and my parents. And my youngest brother, just over two years ago, had a brain injury and it was really serious - like, it was life-or-death stuff," Pete replied.

"He's still recovering from that. And part of my work mission in many ways is to build up my business to a stage where I don't have to work and, if it's needed, I can step in for mum and dad and look after Luke."

While this is also just speculation, it's intresting to note that Becky did change her Facebook relationship status to single last week.

If you were on the internet at all yesterday, you would have seen that Kim Kardashian recently threw herself a very lavish party to celebrate her 40th birthday.

On Wednesday, the social media star shared photos of her close family and friends celebrating on their very own private island. Despite the fact that we're still in a global pandemic and the rest of the world had to basically cancel all celebrations.

Uploading the photos to Instagram, the now 40-year-old wrote: "40 and feeling so humbled and blessed. There is not a single day that I take for granted, especially during these times when we are all reminded of the things that truly matter."

The five day-trip reportedly cost Kim a casual $US1 million, with her and her party guests flying out of Los Angeles on a Crystal Cruises' Boeing 777-200LR, which featured 88 flat beds, a restaurant and a bar... you know, the usual.

"The group was limited to Kim’s closest family and friends. Everyone on the trip was repeatedly tested for COVID before they left in the middle of the night on a private Boeing 777," a source told Page Six.

"Once on the island they had lavish dinner after dinner, spa treatments and hikes through the nature sanctuary. There was no expense spared. Everyone was banned from posting on social media by Kim to ensure her privacy."

3. Firass Dirani says he couldn’t be happier with his SAS Australia edit, and we’re confused.

While villains are generally unhappy with the way they've been edited on reality television, Firass Dirani is actually quite pleased with his cut.

Sharing his thoughts on Instagram on Thursday, the 36-year-old told his followers that he thinks the editors have done a "fantastic job" on SAS Australia.

"Please stop saying that I'm unhappy with the editing," he began.

"I love the editing, I think the editors have done a great job, okay, they've done a fantastic job," he continued.

"No matter the perception, I give no f**ks. Do you understand? Comprende? Nothing here gives any f**ks about it. I'm happy. I'm enjoying it. Love it, can't wait for next week.

Right, okay. Got it.

Firass has been portrayed as the villain on the first season of SAS Australia, which is currently airing on Channel 7. He's been frustrating other participating contestants for his lack of self-awareness and rude behaviour towards the SAS directing staff.

Most recently, the actor's been in an online feud with fellow contestant, The Biggest Loser trainer Shannan Ponton.

SAS Australia continues on Monday at 7.30pm on Channel 7.

4. Leighton Meester and Adam Brody joked that they’re naming their newborn son ‘Joe Biden’ until the US election. Lol.

Adam Brody and his wife of six years, Leighton Meester, have recently welcomed their second child. And so far, they have not announced his name.

So until the US election next week, they've decided he'll be called Joe Biden.

Brody and Meester will be calling their son Joe Biden until the election is over. 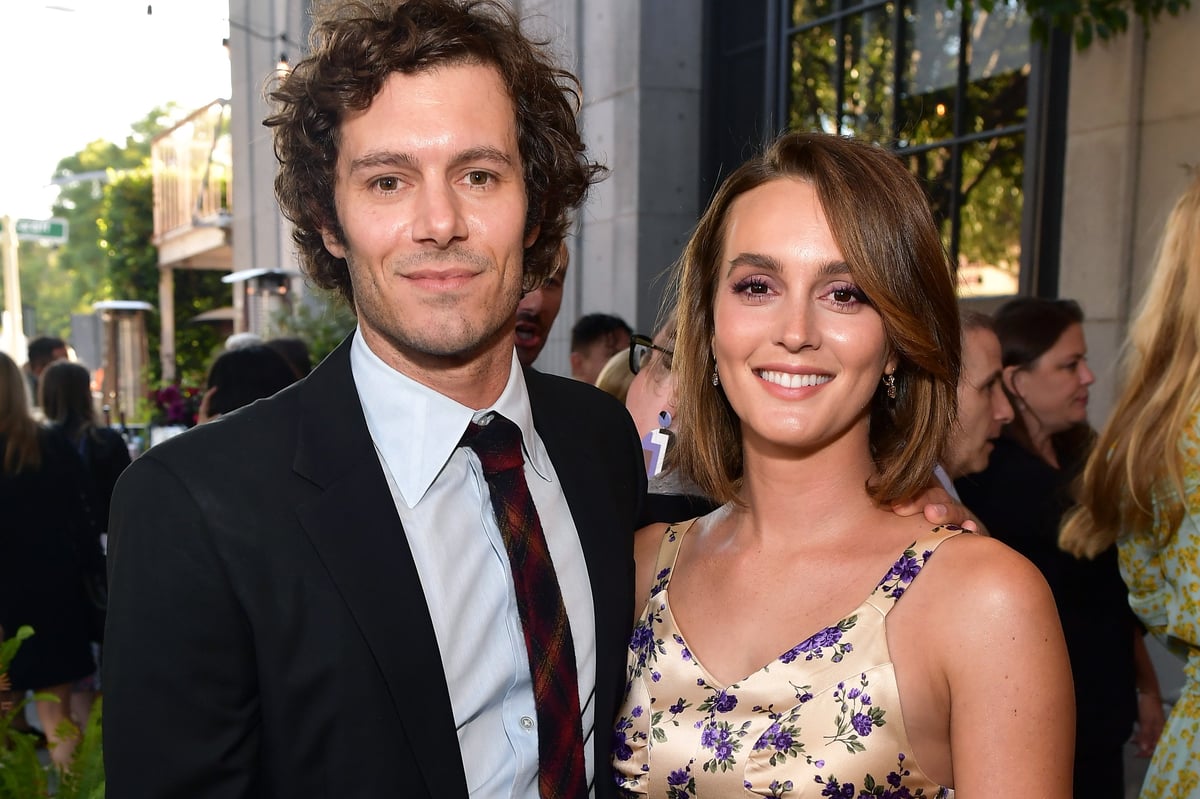 Image: Getty.  When speaking to People, the 40-year-old actor shared that exciting piece of information, as well as, how it's been going having two children.

"It's been pretty magical. It's such a crazy time for everyone and we're so, so, so fortunate that we have some of the security we do and have the flexibility with our jobs we do. We talk about it all the time and we're just ridiculously fortunate and lucky," he said.

The couple who already share a 5-year-old daughter named Arlo, noted that they haven't seen much difference between having a son versus a daughter just yet.

"But I can certainly already tell the differences in personality," Brody said.

"There are things my daughter, the way she is now, you retrace it and you go, 'Oh yeah, that was you at 6 weeks. You had that personality trait.' Not that you can deduce everything from a 2-month-old, but a lot of things carry over, in my experience. We're picking up on differences, for sure, and all good. We're so lucky."

5. Two male Australian celebrities are locked in an epic feud right now and we can't look away.

Two male Australian celebrities are locked in an epic feud and we need to talk about it. Immediately.

It all started on SAS Australia, Channel Seven's wild new reality show which sees a bunch of Australian celebrities attempt to take on SAS training under the direction of a team of angry British ex-Special Forces soldiers.

Although SAS Australia is like nothing we've seen on reality TV before, it certainly follows many of the same tropes.

In fact, after just two weeks on air, a clear 'villain' has already emerged. 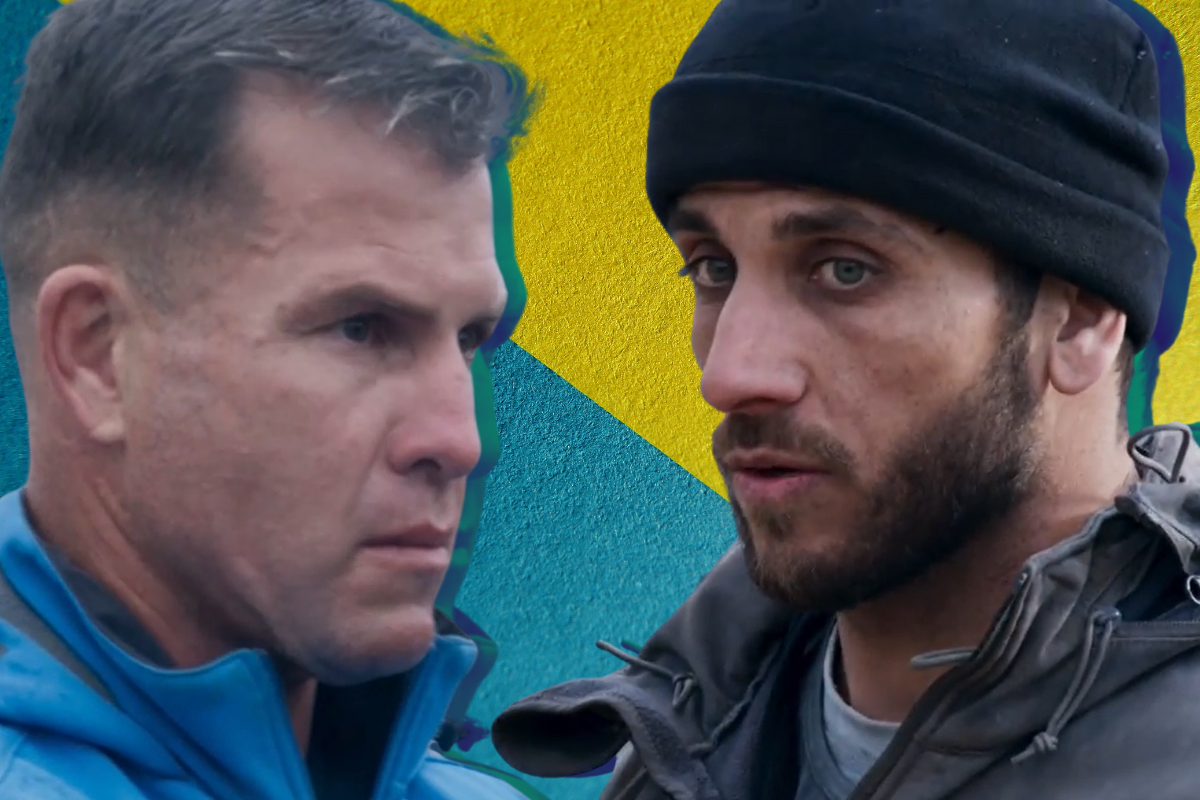 Firass Dirani, best known for his roles in Underbelly: The Golden Mile and House Husbands, has drawn the attention of the DS and his fellow recruits for talking out of turn. So far, Firass' actions have led to several harsh punishments for both himself and the other recruits.

In the first episode of the series, the recruits were forced to lie in freezing water after Firass disrespected the DS.

In recent episodes, comedian Merrick Watts and former Biggest Loser trainer Shannan Ponton have called out Firass for his behaviour.

And now, like all good celebrity feuds, the drama has continued off screen.

Following his clash with Firass on SAS Australia, Shannan spoke to news.com.au about the actor's behaviour.

"I honestly believe that he’s a sociopath in his behaviour," the former Biggest Loser trainer said.

"Time and time again, we said, 'Listen mate, you’ve got to stop this behaviour.' And he said, 'What behaviour?'" the 46-year-old added.

For more on Firass and Shannan's feud, read our earlier post here.