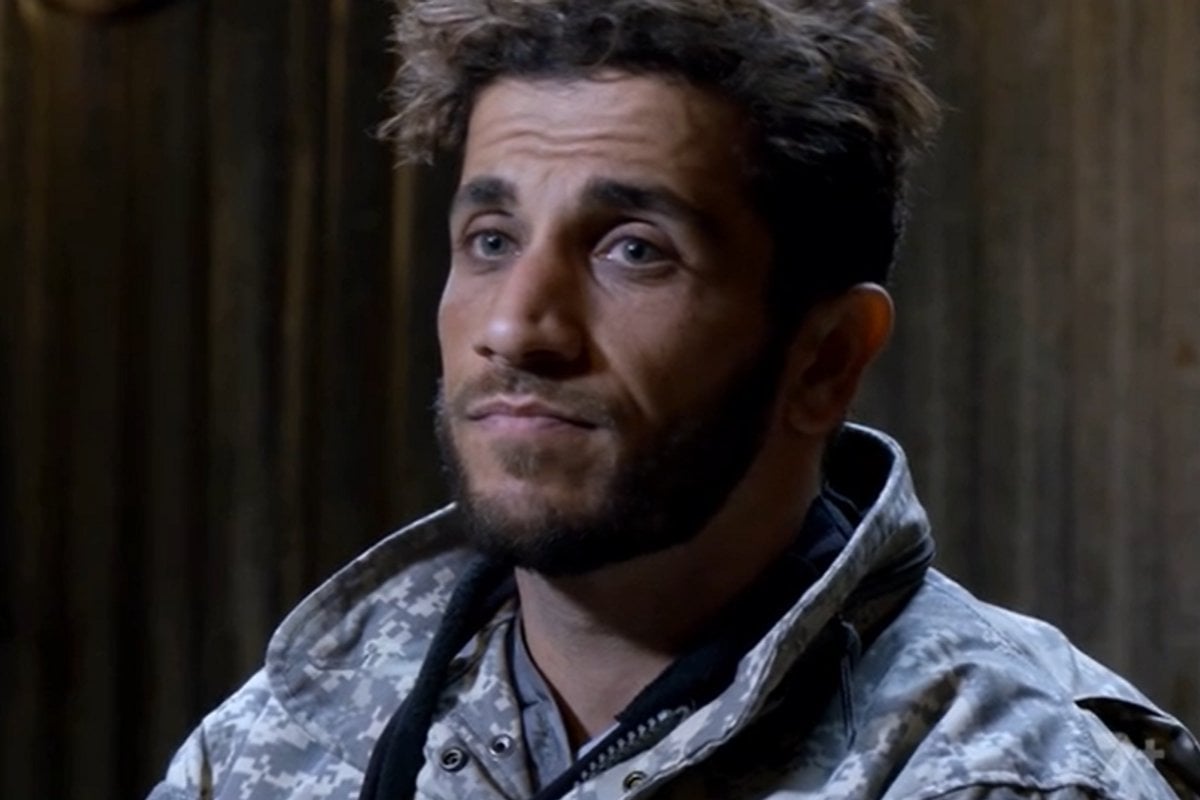 1. Firass Dirani is complaining about his ‘villain’ edit on SAS Australia.

We're only two episodes into SAS Australia and Firass Dirani has already earned quite the reputation for himself.

The Underbelly and House Husbands star continues to disobey direct orders and make comments which don't exactly go down well with the ex-Special Forces Soldiers.

His behaviour even led to the rest of the celebrities being punished, which resulted in Schapelle Corby and Roxy Jacenko quitting the show.

On the course... EVERY move and EVERY word has a consequence. #SASAustralia

But now Firass is calling out his 'villain' edit on the series.

"I knew it. I knew they were gonna make me into the villain," he said in a video shared on his Instagram stories last night.

"There has to be a villain, ladies and gentleman, and lo and behold, right here, this it is." 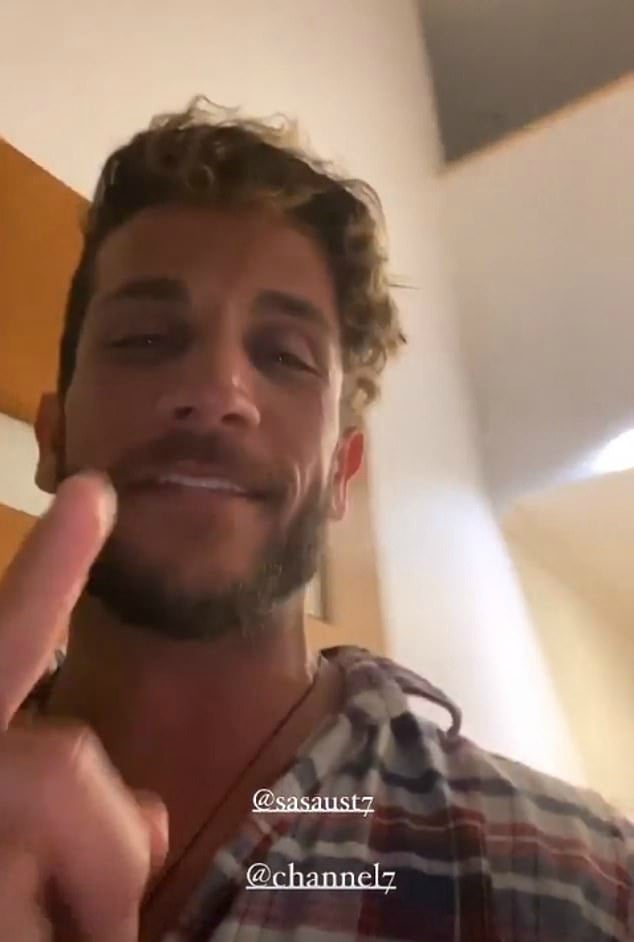 In a recent interview with TV Week, Firass explained that he signed up to SAS Australia to be tested.

"I wasn’t there to comply; I wanted to get punished!" he told the publication.

"If I couldn’t handle it, I knew I’d break and hand in my number, so I wanted to test myself and see how much I could take."

SAS Australia continues on Monday at 7:30pm on Channel Seven.

Listen to The Spill, Mamamia's daily entertainment podcast. In today's episode, Laura Brodnik and Kee Reece chat about Naomi Campbell who recently explained how the “angry Black woman” narrative has marred her career for decades. Post contents below.

2. The Bachelorette boys have supposedly been avoiding one-on-one time with the girls because they don’t want to kiss them, and wtf.

For the past two weeks, we've watched as Elly and Becky Miles try to find love on The Bachelorette. But it seems some of the guys aren't actually that interested in them.

According to the So Dramatic! podcast, some of the contestants would go out of their way to avoid one-on-one time with the sisters.

"Last week I revealed that the boys weren’t into Elly and Becky at all. They thought that Becky was Elly’s mum when they arrived on the carpet, and they didn’t think that either of them are worthy of the prestigious title of Bachelorette," said host Megan Pustetto.

"The boys just weren’t into them so much so they were actually trying to avoid spending one-on-one time with them."

One contestant even told Megan that they wanted to stay on the show but "avoided getting one-on-one dates so they didn’t have to kiss them".

"The guys were constantly complaining, saying, 'Why did we get stuck with these chicks?'."

"It was an open convo in the house and the guys were joking saying that if they got the date card, they would nominate another guy as tribute to go on the date," she added.

Apparently Damien even rejected Elly during a date.

"Damien finally gets one-on-one time with Elly, producers set them up for a kiss. They set the scene for it, but he wasn’t into her. So when it came time for the kiss, he turned away and said 'Nup, sorry not feeling it' and he rejects Elly."

We'll have to wait and see what happens when The Bachelorette continues tonight at 7:30pm on Channel 10.

3. Australian Idol is coming back, and here's everything we know so far.

The original singing show Australian Idol will be back in 2022.

Announcing the news on Wednesday, Seven's Director of Programming Angus Ross said, "Idol is the granddaddy of them all! The biggest show in the world comes to Seven in 2022, and we know Australians are going to love it. We can't wait to bring Idol back to Australian audiences in 2022, putting our prime time content line-up even further ahead of the competition."

"We're home to the biggest franchises in television at Seven, and Idol is the biggest of them all. Bring on 2022!" he added.

ANNOUNCING: The world's biggest show is back. 🎤 Australian Idol is coming to Seven. #7upfront

So far, we know that Idol will return to the Seven Network in 2022, after 12 years off air. We hoped we might get wind of who will be hosting the beloved series, but that hasn't been announced just yet.

Australian Idol was hosted by Osher Gunsberg and James Mathison from 2003 to 2007. In 2008, ex-contestant Ricki-Lee Coulter joined them. 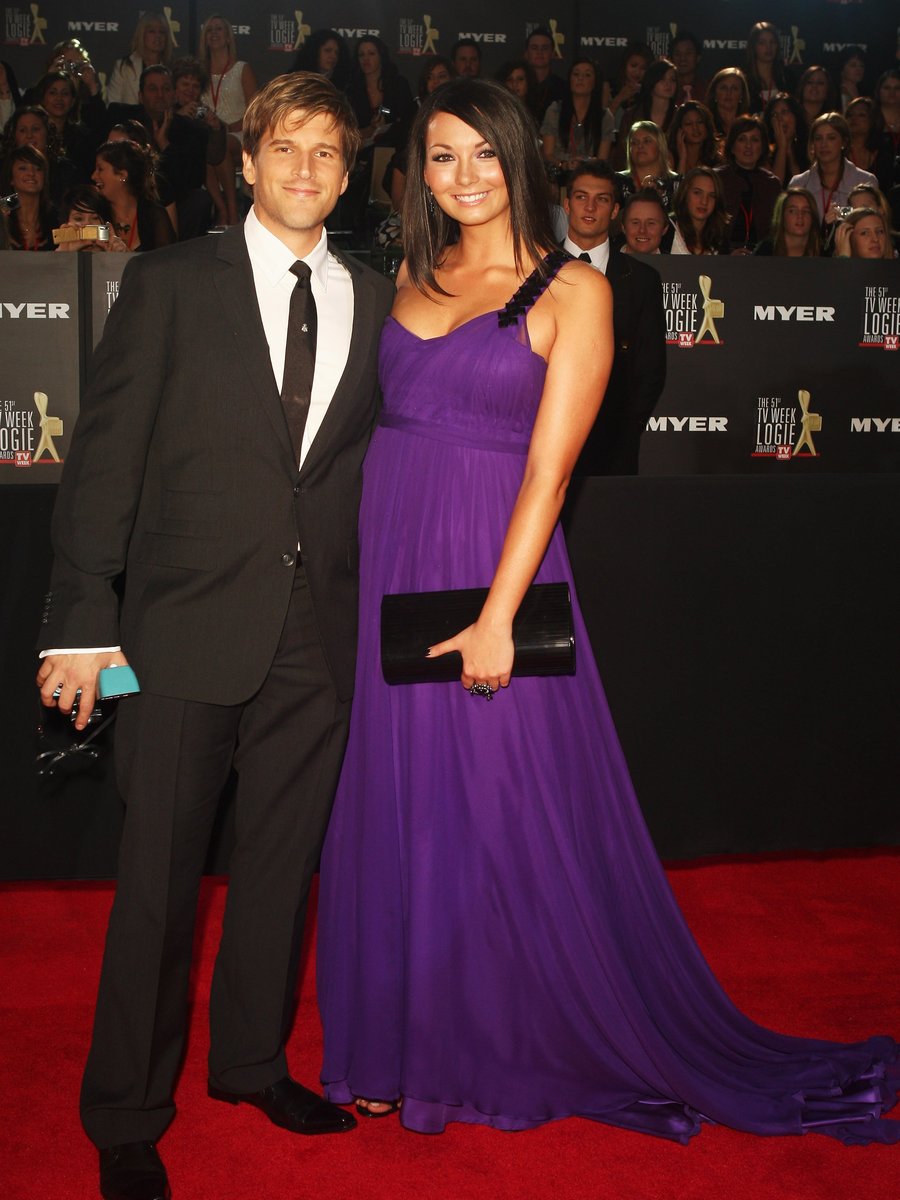 Osher and Ricki-Lee. Image: Getty. Sadly, Osher Gunsberg is tied to contracts with Channel 10 so we don't expect him to make a return as host (*cries*), but there is a possibility that Ricki-Lee Coulter will.

4. It sounds like Flex Mami is going into the Big Brother house and HELL YES.

Lillian Ahenkan, more commonly known as Flex Mami, has been spotted at the Big Brother house. And my goodness, we can't contain our excitement.

In photos obtained by the Daily Mail, the social media influencer, DJ and podcast host was spotted talking to Sonia Kruger on set. And of course, Flex was wearing some bright green crocs that absolutely nobody else could pull off quite like she does.

Sadly, she's the only contestant we know to appear on the reality TV show next year so far, but hey, that's enough for us.

5. "He's in love with this girl." Kyle Sandilands has gossip about Zac Efron's Aussie girlfriend.

Zac Efron met his new Aussie girlfriend at the cafe where she worked and no, we swear this isn't fanfiction.

Efron, 33, has been living in Byron Bay for months now, riding out the coronavirus pandemic in the coastal town.

And in August he cancelled his scheduled flight back to the US, after his tourist visa was extended from three to 12 months, meaning he's likely to be sticking around for a while yet.

Efron just celebrated his birthday weekend in Byron with his girlfriend 25-year-old Vanessa Valladares, organising a party with a group of other famous faces. 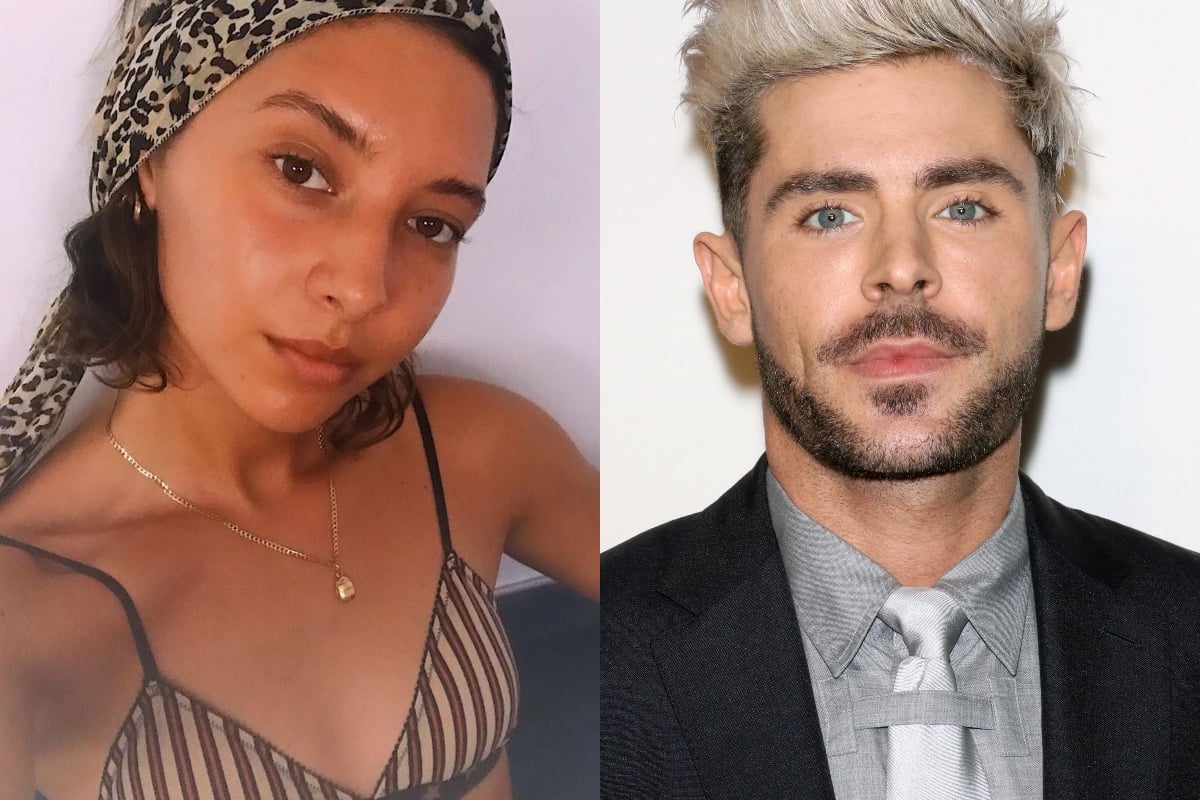 The actor first met Valladares in July, while she was working as a waitress at the Byron Bay General Store, one of the town's most iconic cafes, and the pair have reportedly been seeing each other ever since.

Look, I'm a bit mad it wasn't... me, but I guess we can't all have Hollywood actors fall in love with us.

We've had a bit of a dig around, and this is what we know about Valladares.

Valladares' social media is fairly private, only giving a small insight into her life.

From Instagram, we can see she is quite spiritual, often captioning her photos with quotes, and she loves living by the ocean.

Valladares was working in hospitality when she met Efron, and we expect this storyline to be the basis of a romantic comedy very soon.

Despite her hospo gig, it appears Valladares' passion is modelling.

Her Instagram shows a number of professional photos and modelling shoots, including for brands like RVCA and Spell.