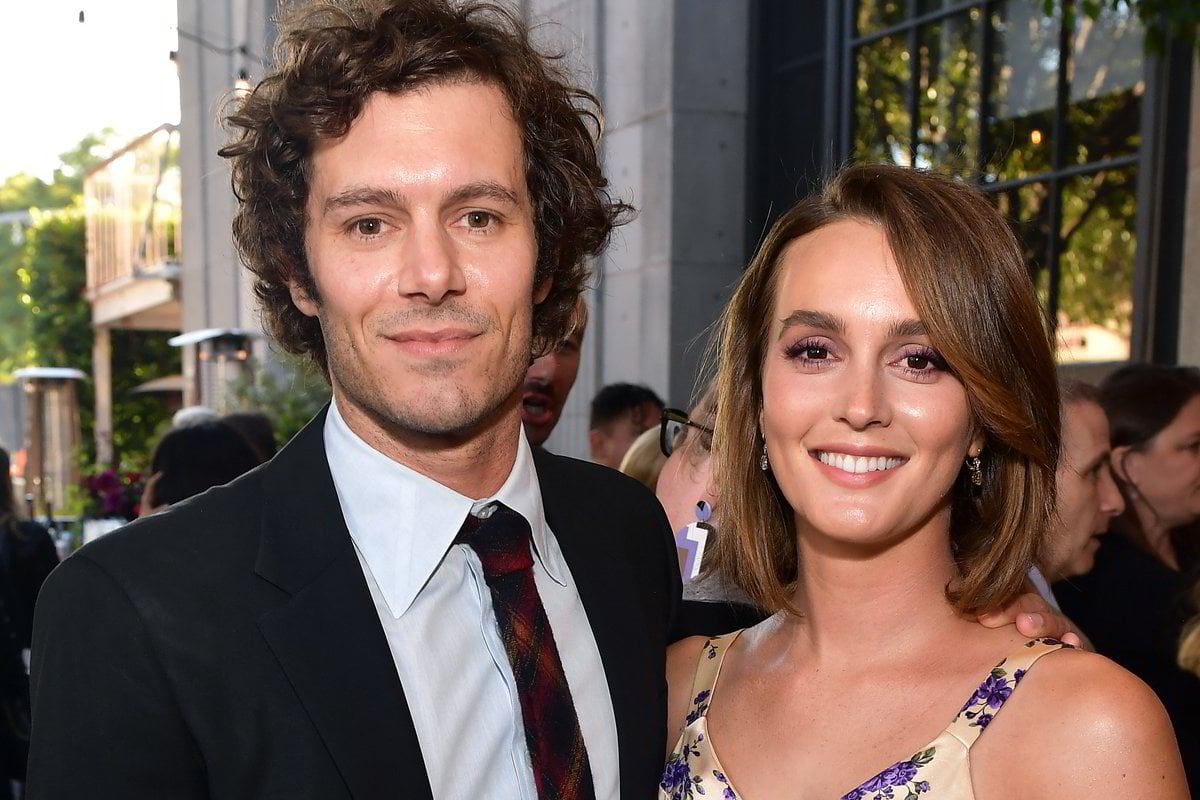 Actors Leighton Meester and Adam Brody were respective teen stars in their own right - Meester best known for playing Blair Waldorf on Gossip Girl and Brody as Seth Cohen on The O.C.

Then in 2014, Meester and Brody surprised the world and married one another, and have since welcomed two children.

But it wasn't a picture-perfect romance from the beginning. Because when the pair first collided in the mid-2000s, Brody wasn't 100 per cent sure if Meester was the woman for him. He initially confused the actor with her role as Gossip Girl's 'Queen B' - a mean-girl who was a vindictive and spoilt teenager.

Here's everything we know about the couple, including Meester's challenging childhood, how they first met and all that has happened since.

Leighton Meester's childhood was worlds away from Gossip Girl.

Leighton Meester was born in 1986 while her mother was in prison. In 1983, her mother, Constance, was arrested after helping smuggle shipments of marijuana out of Jamaica. Constance's then-boyfriend (Meester's father) was part of the smuggling ring, as was Constance's sister and her father.

New York Magazine reports after their arrest, Constance's sister broke out of prison, becoming the first woman in America to find herself on the U.S. Marshal's 15 Most Wanted List.

Meester's mother had to serve sixteen months in federal prison after the birth and Meester was transferred to a halfway house for the first three months of her life. After that, she was sent to live with her grandmother until her mother's release. Her parents soon divorced.

"My family has a crazy history. Probably the craziest I've ever heard of," she told Marie Claire in 2012, giving a rare insight into her childhood. "I look back now and I see it in a nice light. It wasn't uncomplicated, but I played outside, I went to the beach. There were happy, fun times."

"My mum lived through a lot before I was born, and I can't judge her on that. She and my dad are good people. Look, I could've turned out a lot worse." 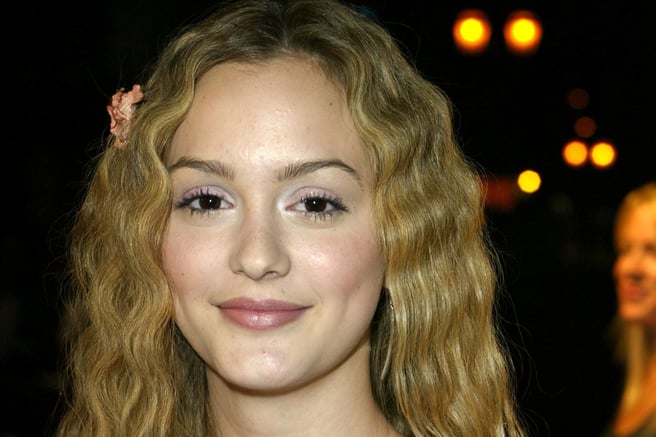 Leighton Meester in 2003. Image: Getty.  Though as Meester's career grew, her relationship with her mother began to deteriorate. In late 2008, it was reported the mother and daughter ended their informal business relationship. Meester did, however, commit to sending her $7,500 every month to care for expenses regarding her younger brother - particularly medical costs.

Three years later, the actress filed a lawsuit accusing her mother of misusing the funds to pay for cosmetic surgery for herself instead of paying for her brother, Lex's medical care. A slew of lawsuits followed, with Constance counter-suing Meester. Ultimately, the actress won the court battle against her mum in 2012.

When Adam Brody first met Leighton Meester, he assumed she would be mean.

Brody's star was rising courtesy of his role on The O.C. from 2003 to 2007. And in The O.C.'s final year, Gossip Girl was beginning - both shows produced by screenwriter Josh Schwartz.

"Literally the first time we met, that whole [Gossip Girl] cast was eating at [Los Angeles deli] Canter's, and I lived at Canter's for my entire 20s. And I was leaving, he [Josh Schwartz] introduced all of us," Brody said on Anna Faris' Unqualified podcast.

Reflecting on the meeting, Brody said he was taken aback by Meester's kind nature, as all he had to go off was her character on Gossip Girl.

"I had no idea whether she was a good person or not. And, in fact, kind of assumed she probably wasn't for the first handful of years that I didn't know her, just because, I don't know, Gossip Girl," he said.

"Come to find out, she's literally like Joan of Arc. She is the strongest, best person I know. She is my moral compass and North Star, and I just can't say enough good things about her character. It's crazy." 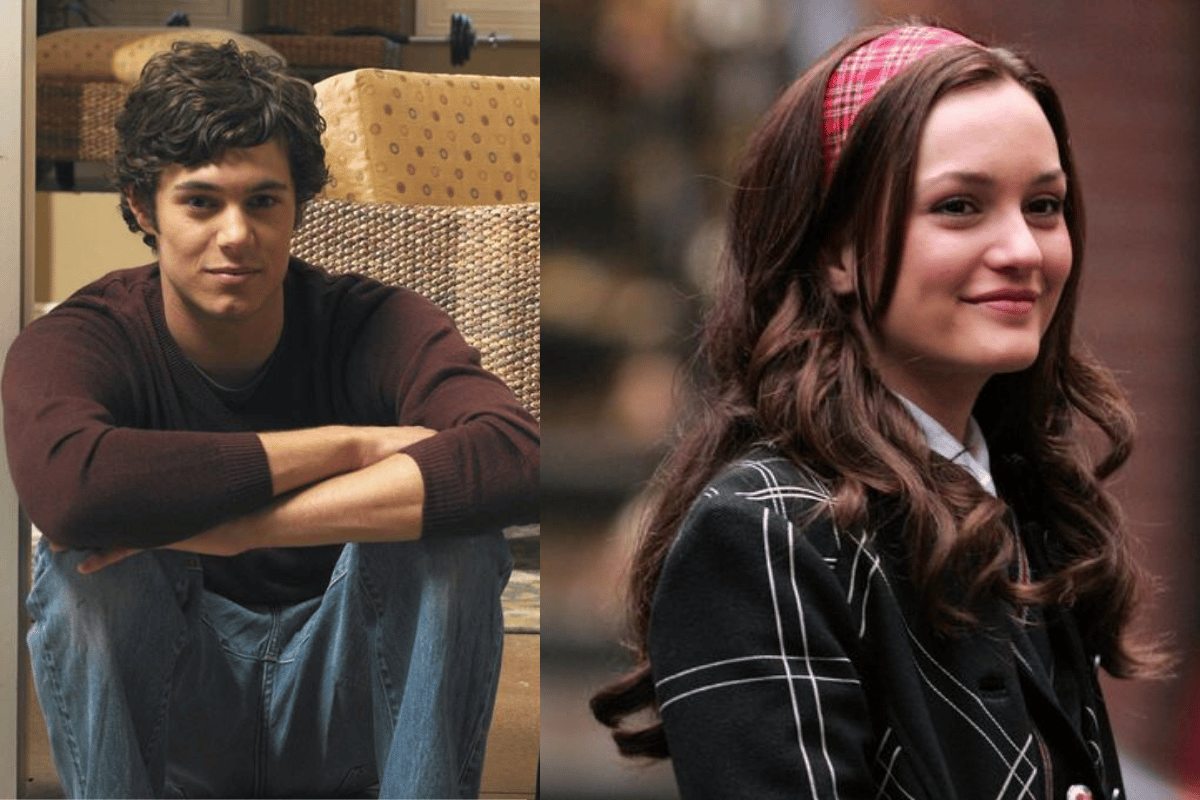 "She's never been rude to a single person in her life, except - and I give her credit for this - paparazzi, where I'm too self-conscious. I wouldn't say 'rude' but people will try to get her to sign some sexy old photo or something that aren't fans but they pretend to be fans… It's sort of a bottom-feeding thing…. She has no problem being like, 'You can hate me. I don't care'," he continued.

How Adam Brody and Leighton Meester got together.

Meester and Brody first formed a close friendship when filming the 2011 movie The Oranges. However, the two didn't romantically date until February 2013, according to US Weekly.

Reflecting on working together, Brody said on Unqualified: "I was very attracted to her from [the] jump. She's a heavenly creature. I thought she was gorgeous." But during 2011, the timing wasn't right. "I was seeing someone at the time. We didn't get together [until] about a year after that movie when I was single."

The couple didn't publicly confirm or comment on their relationship for months, but were spotted by paparazzi several times showing PDA. Then in November 2013, after less than a year of dating, news broke that the couple had become engaged, although neither commented on the rumours. 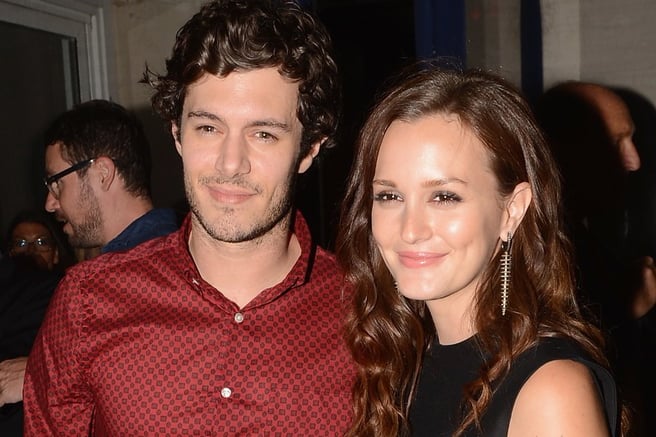 By February 2014, they married in a private wedding in Northern California. No wedding photos have been publicly released.

In the same year, Meester told InStyle that privacy was one of her main priorities.

"My values have shifted greatly in terms of what I find important," she explained. "It's my family, my friends and having a personal life. Those are the things that need nurturing."

In 2019, Brody briefly spoke about his relationship with his wife in an interview with GQ.

"She's more inherently private than I am. I don't seek publicity but if I'm sitting next to you on the subway, I'll tell you everything about me. We're homebodies. We don't go to a lot of things that perhaps we could, and don't seek out promotion in that way."

"I'm not sh**ting on anyone who monetises that aspect of their life because I get it. But we've found this great balance so far that really works for us. We're also not very active on social media," he continued.

The same year, Meester and Brody both starred in ABC's Single Parents. When asked by The Hollywood Reporter what it was like to work with her husband, she replied, "He's my best friend. I wanna work with him on everything, and I think he's the best in everything."

And in what can only be described as a full-circle moment, it turns out Brody and Meester look back fondly on their days starring in hit teen drama television series. While at an event serving food to kids for charity Feeding America, the pair opened up in their first-ever joint interview with ET.

And apparently, they do find it funny that The O.C.'s Seth Cohen and Gossip Girl's Blair Waldorf ended up together.

"We have a Seth and Blair day, and we dress up!" Brody joked.

Leighton Meester and Adam Brody on the highs and lows of parenting.

In August 2015, a year after their wedding, Meester and Brody welcomed daughter Arlo Day.

At the time, neither Meester nor Brody confirmed the news and they've never shared a public photo of her. In 2017, Meester briefly mentioned her family life in an interview with Refinery 29.

"I don't talk about Arlo very much. I am very proud of that area of my life. But I'm also really proud of the work I do," she explained.

In 2018, Meester told Glamour that "nobody can tell you what parenthood is going to be like".

"You think you know, and then it's just so hard. I feel so, so lucky that I have help and a husband," she continued. "Some days my husband makes dinner, and some days I do. Other days, I'm too tired, and I eat a bowl of cereal for dinner. It's just the thing we do to make it work."

After working together on the aforementioned Single Parents, Meester told Entertainment Tonight that their daughter wasn't too happy about them both working at the same time.

"Our daughter was like, 'You've been at work for so long.' It's like, I've been here for one day. She's like, 'Both of you guys can't work at the same time'."

Ultimately, it seems that despite Meester and Brody's public profiles, they'll always keep their private lives, well, private. In 2020, they welcomed their second child, and have yet to reveal the name publicly.

Brody confirmed the news of their baby boy via Twitch for Hold the Phone TV's The Fun Time Boys Game Night Spectacular.

As for navigating parenthood and her acting career, Meester said it comes down to a balancing act.

She elaborated, saying "I'm happy where I am now. And I think that's one of the many wonderful parts of not only having a child and meeting your soulmate but also I feel really lucky career-wise - really in a place that I want to be." 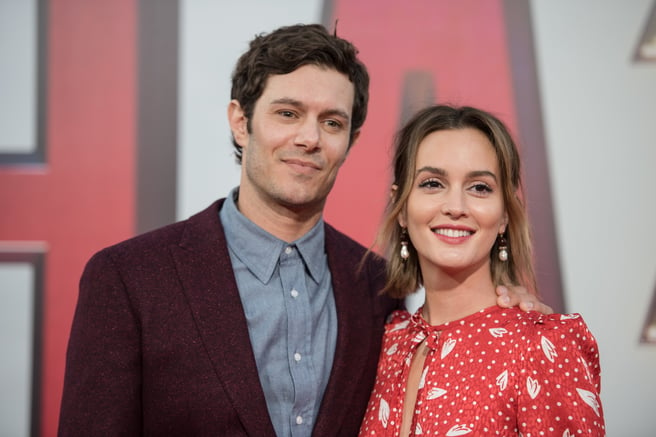