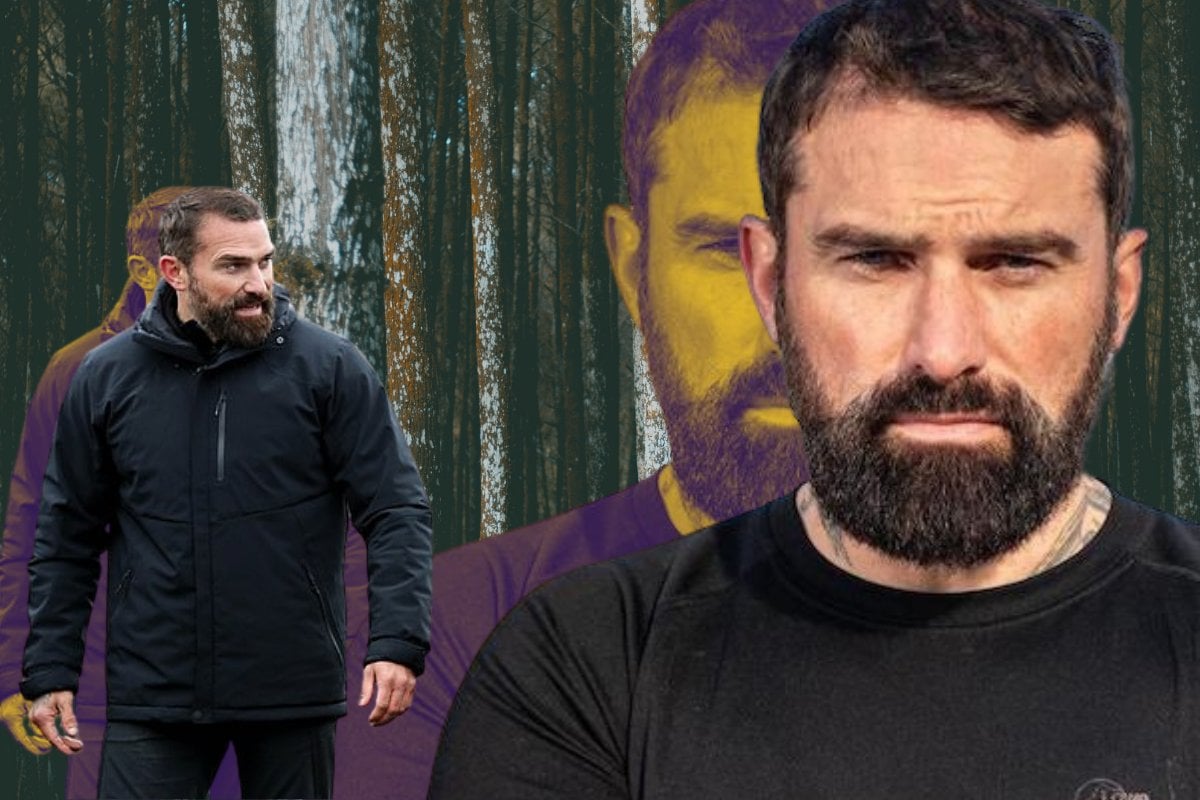 If you've been watching SAS Australia, (who are we kidding, of course you have), you may have questioned where on earth the brutal directing staff have come from, and exactly how they are qualified to physically and mentally push the boundaries of a bunch of Australian celebrities.

Well, perhaps it's no surprise that head of directing staff, Ant Middleton is... about as qualified as it gets.

His short TV intro, he boldly states, "I’ve spent 12 years in the military, four years in the special forces. I’ve saved lives … and I’ve taken lives," just about scratched the surface of it.

Watch the trailer for SAS Australia. Post continues below.

In 2006, he married his wife, Emilie Middleton, and the pair share five kids together. 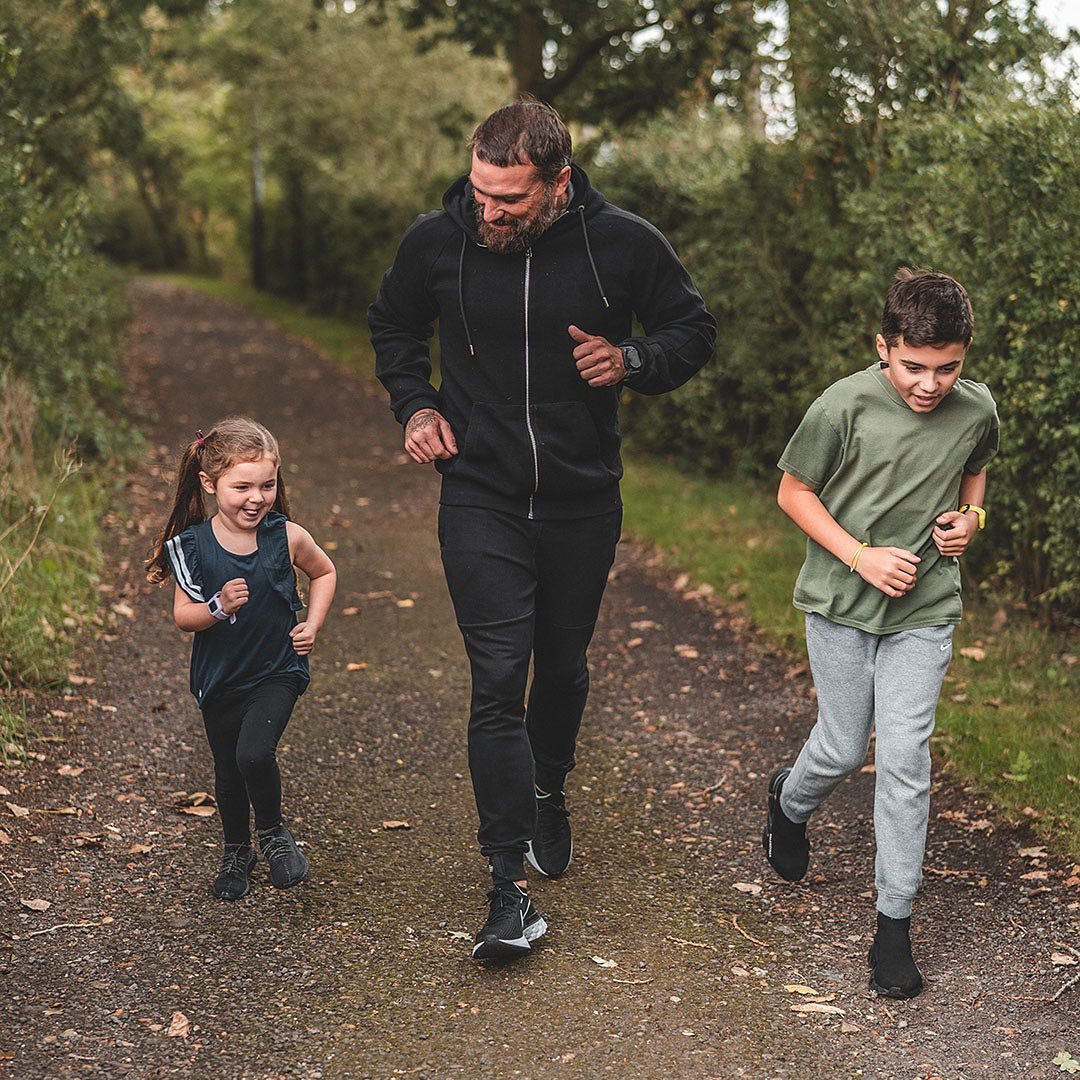 Middleton and two of his kids. Image: Instagram. But you bet we digged a little deeper than that.

From controversial COVID-19 views, to a 14-month prison sentence for assaulting two police officers, Here's everything we know about SAS Australia's Ant Middleton.

You'd be forgiven for thinking Ant Middleton was some sort of superhuman that isn't afraid of anything, but it turns out his one phobia is not ideal for working in the army and navy.

“I suffer from claustrophobia – not an ideal ­condition to have when you’re in the Special Forces,” he told the Daily Star.

“I’m OK in crowds, but could you put me into the boot of a car without me flipping out? No. Could I spend any meaningful time in a small caving tunnel? No.

“A small lift is enough to bring me close to a panic attack – those moments when you find yourself taking long, deliberate breaths to try to keep yourself calm.”

The 39-year-old added: “I hate the lack of ­control. When I get into those situations, I’m immediately looking for the exit route.”

I have a feeling we won't get to see him looking at all terrified this season, but very interesting to note.

SAS Australia's Ant Middleton was imprisoned for assaulting the police in 2013.

Back in 2013, the then-32-year-old was sentenced to 14 months in prison for attacking two police officers outside an Essex nightclub.

In a 2016 interview with The Sun, Middleton opened up on the incident, explaining that it was one of his biggest regrets.

"It was alcohol-fuelled. Once I realised what I'd done, I thought, 'Oh my God'," he said.

"It really hit home. That night was a turning point in my life but did not ruin my life. It was a clash of authority. I just lost my temper. A little conflict happened which turned physical. I've regretted it ever since. It's one of the biggest regrets I've had in my life."

Following the incident, Middleton fled the scene in hopes of escaping the police, but ultimately gave himself in.

"My survival skills were in overdrive and I needed time to think so I headed to the river.

"Eventually the police dogs were out in force and it was time to give myself up."

Middleton only served four months due to good behaviour.

Right as COVID-19 began ramping up in March, Ant Middleton took to Instagram to brag about not following social distancing recommendations, adding that his fans should be "grateful" if they caught the virus.

Back out in the wild where I belong 😆 Great to be back out filming again... Can’t wait to deliver some positive and inspiring entertainment for you all! Have an amazing week, stay positive and focus on what you can control! #zeronegativity #thepowerofpositivethinking #thetrilogy 👊🏼

He continued: "Don't worry if I give it to you, your immune system will be stronger after then you can come back and thank me with a kiss! Stay clean and keep doing your thing!"

He later backtracked on his comments in an interview with Good Morning Britain.

"Some of my controversial quotes on social media were in the moment. I was in New Zealand sheltered from the coronavirus," he said.

"When it comes to a global pandemic, which I didn't know was going to happen, that came and bit me in my behind. Sometimes I get it wrong and put my hand and up said, 'Look my information was wrong'."

After leaving the British special services, Ant carved out a path in television, working on the British edition of SAS Australia; SAS Who Dares Wins, as chief commander.

He then appeared on several other adventure shows including Mutiny, Escape and Extreme Everest with Ant Middleton.

Middleton has since written and co-written several books including: SAS Who Dares Wins - Leadership secrets from the special forces, First Man In: Leading from the front, The Fear Bubble and most recently, Zero Negativity.