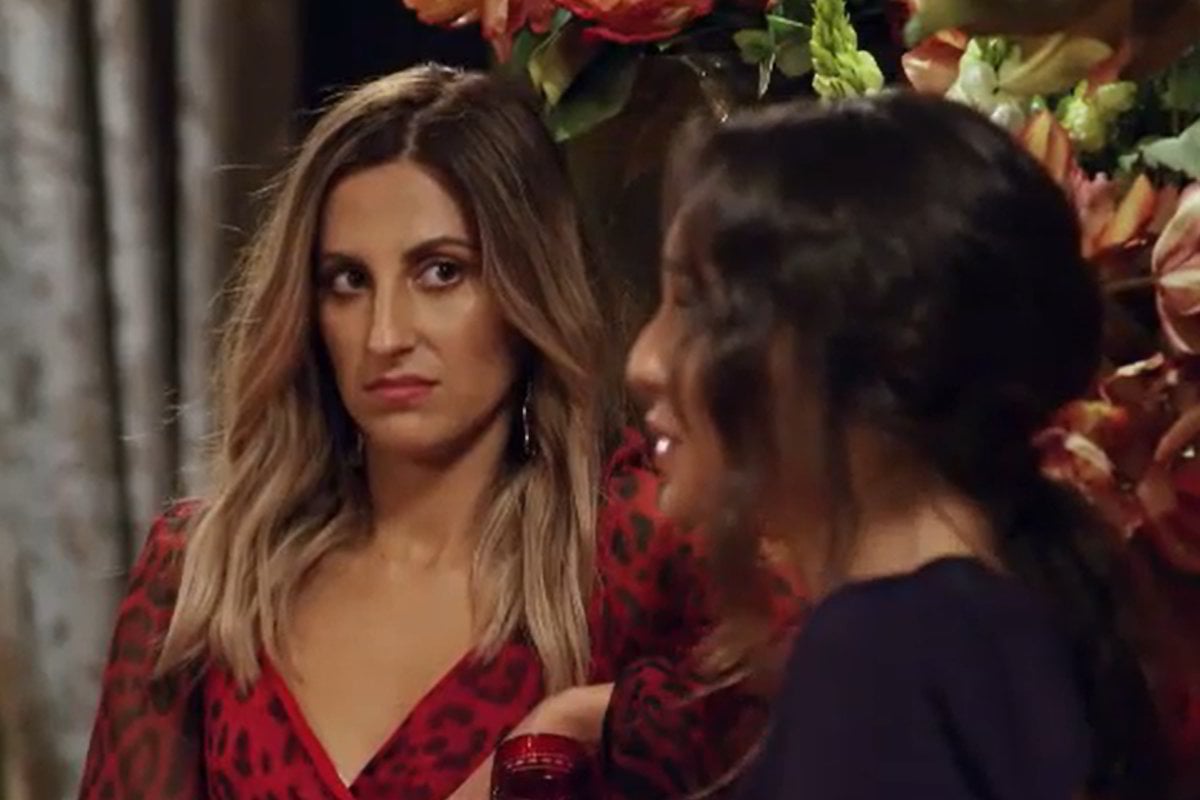 We open on Bella a lil bit regretting that time she accused Irena of faking a history of going on hikes. ¯\_(ツ)_/¯

Locky arrives with the groceries and has an awkward family breakfast with his five remaining girlfriends.

Then Osher arrives and announces that each woman gets to propose a toast to Locky while the other women watch on the TV.

Even the alpacas know this is going to cause tension between Bella and Irena. 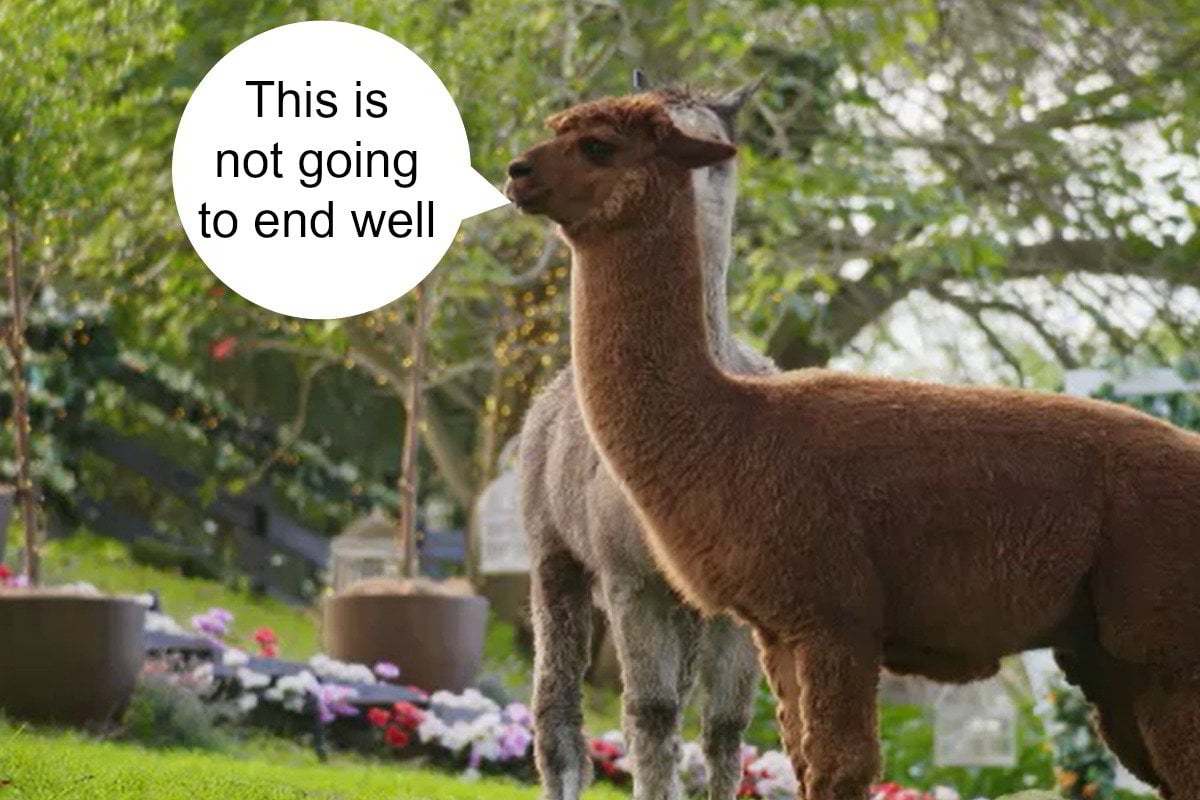 "SOMEONE IS DEFINITELY GOING TO CRY." In her toast, Irena calls Locky her rock and says they're going to climb many mountains together. 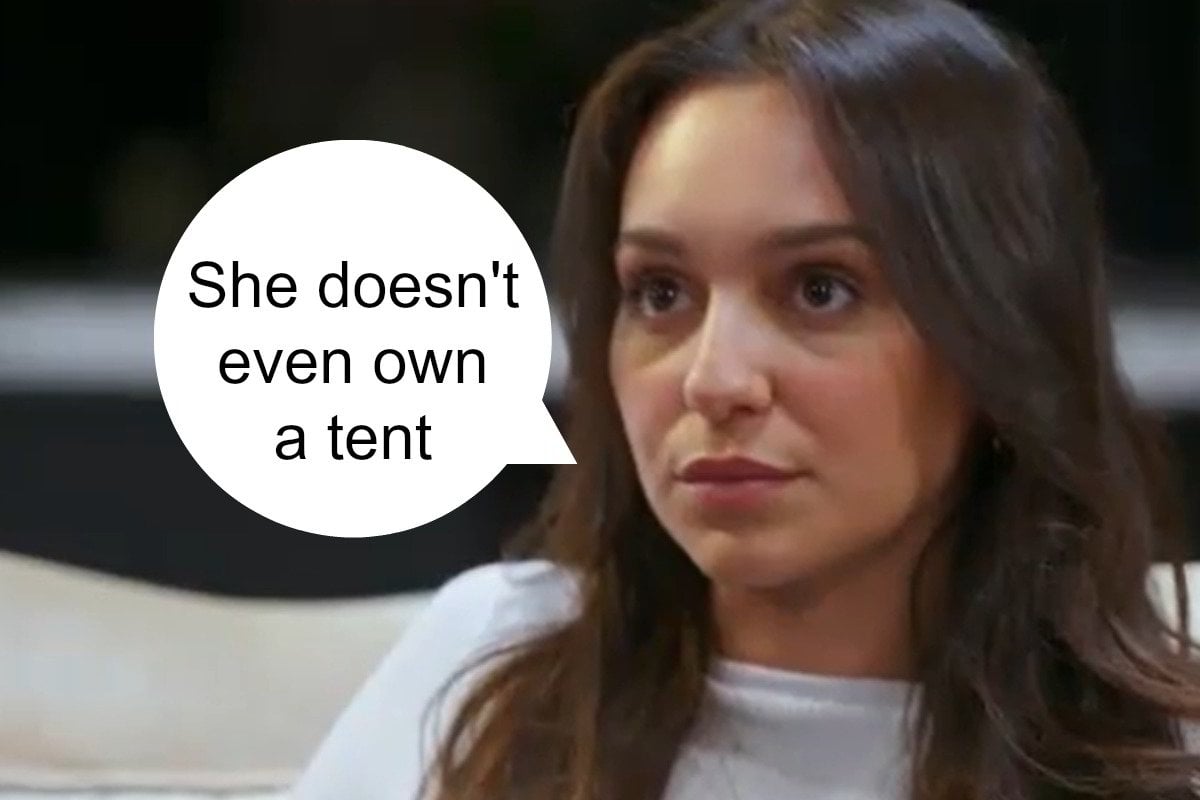 "I've seen no evidence of hiking boots."  Locky chooses Bella for his final single date because she's a "little shit" and he can't wait to see her.

Was Ellen's Apology Out Of Touch?

They break a plate with a hammer to represent that time Bella accused Irena of hike-based lies and nearly got herself sent home.

Then they glue the plate back together to represent the fact Locky is willing to look past Bella's conspiracy theories because they'd make a great couple on Instagram.

IT'S A BLOODY BEAUTIFUL ANALOGY AND YOU SHOULD BE VERY PROUD OF YOURSELF, OSHER. 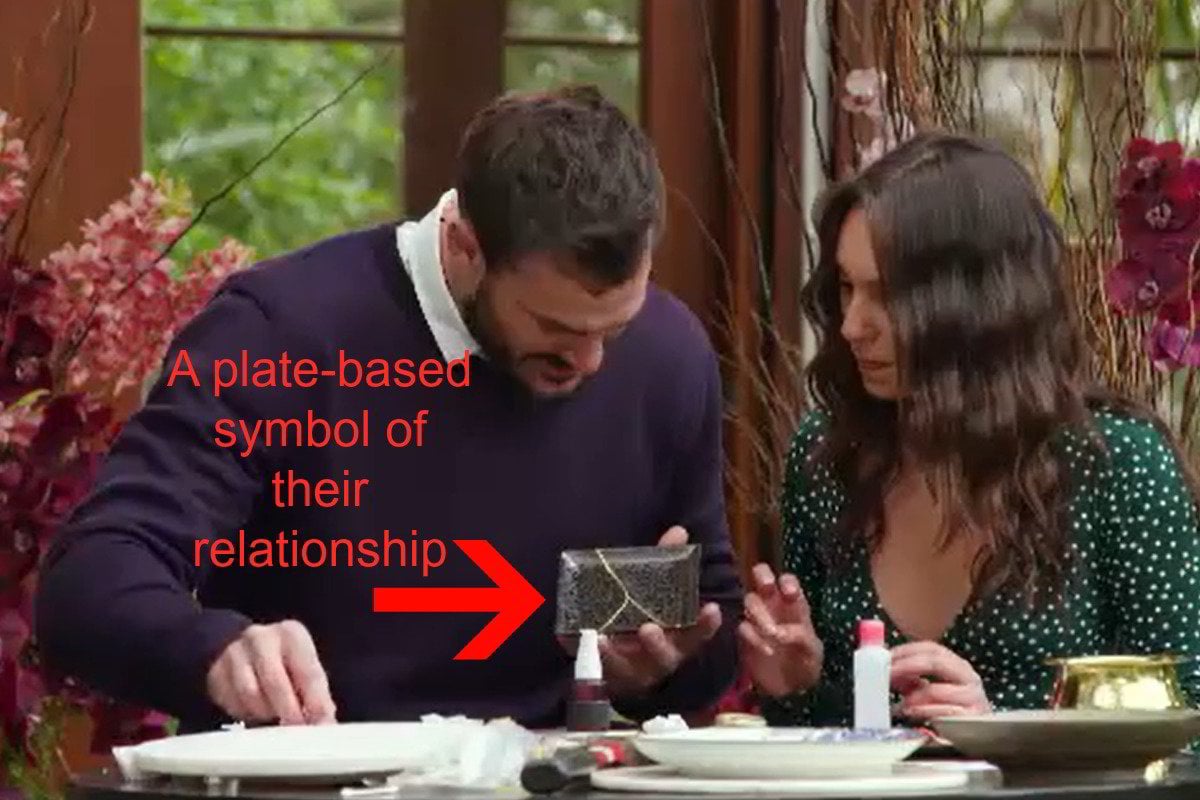 SO BEAUTIFUL PLS.  Later, they sit on a feelings couch and Bella tells Locky she's falling in love with him. Locky gives her a rose and does a little giggle.

Locky and Bella arrive at the cocktail party and tell the other women about their plate smashing analogy.

Irena becomes possessed by the spirit of Rhonda/Roxi and runs away crying. She tells the camera she can't understand why her boyfriend is still interested in his other four girlfriends, specifically the one who doesn't believe she hikes.

She comes back just in time to hear Bella telling the other women that she told Locky she was falling in love with him.

She seems to take the news... well. 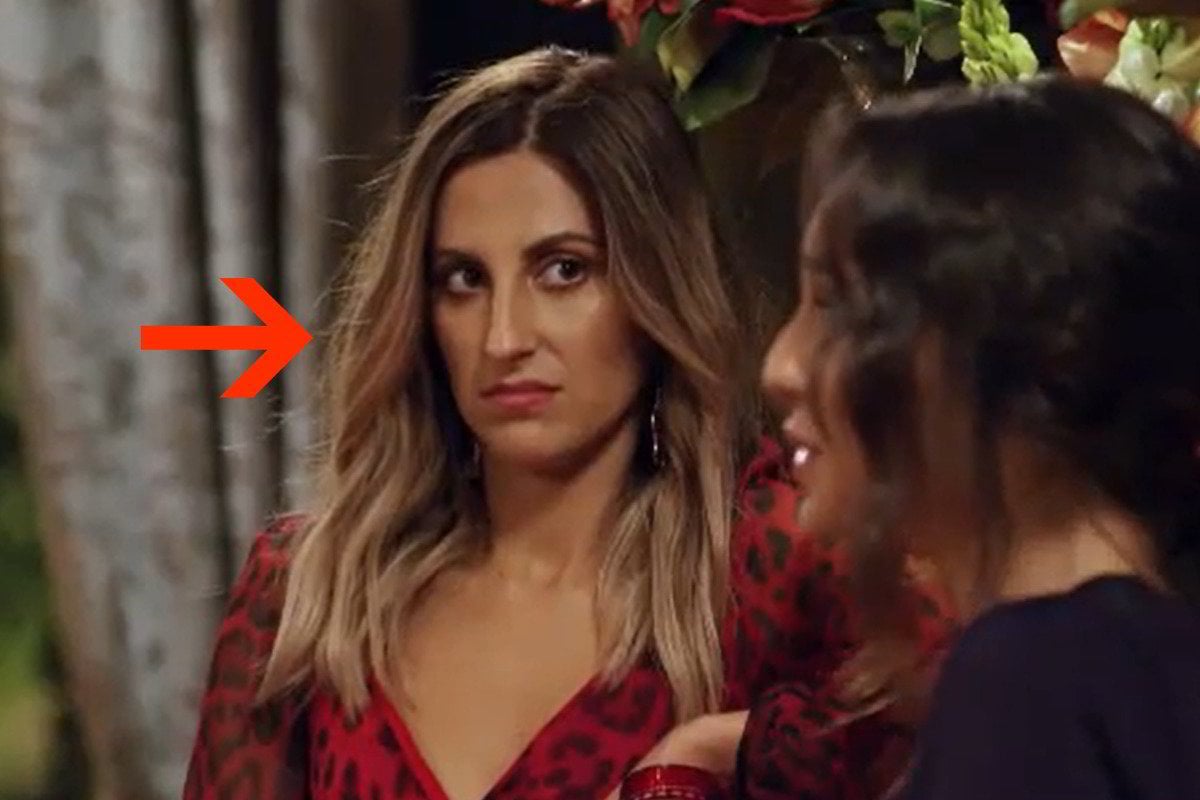 GURL.  Locky takes Bella for a chat in the rain and they kiss.

Back at the cocktail party, Irena is still possessed by the spirit of Rhonda/Roxi and she's wondering whether she should just go home at this point.

Kaitlyn does not receive a rose.

Juliette picks her up in a limo and they go to da club to meet up with those LA rappers from the DMs.