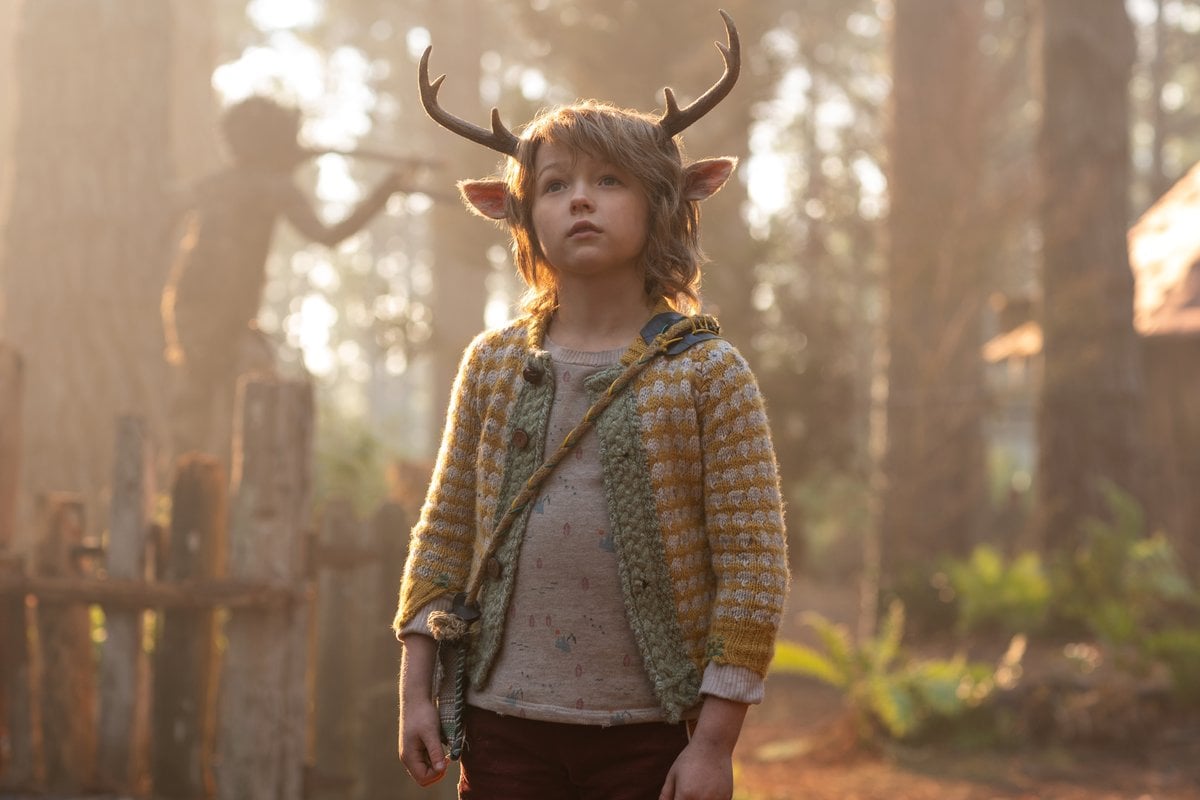 When the first few scenes of Sweet Tooth flicker across your screen, there's a sense of familiarity.

Through flashes of masks, hazmat suits and ambulance sirens, the series kicks off in a state of utter chaos as a mysterious virus sweeps across the globe.

But there's a twist.

Watch the trailer for Netflix's Sweet Tooth below. Post continues after video.

After all, Sweet Tooth isn't any ordinary pandemic apocalypse series.

At the same time the mysterious H5-G9 virus is sweeping the globe, another phenomenon occurs.

In maternity wards around the world, human babies are being born as... animal hybrids. There are hedgehog-babies and bird-babies and monkey-babies and honestly, we still can't decide if they're cute or just utterly creepy.

And that's just the very beginning. 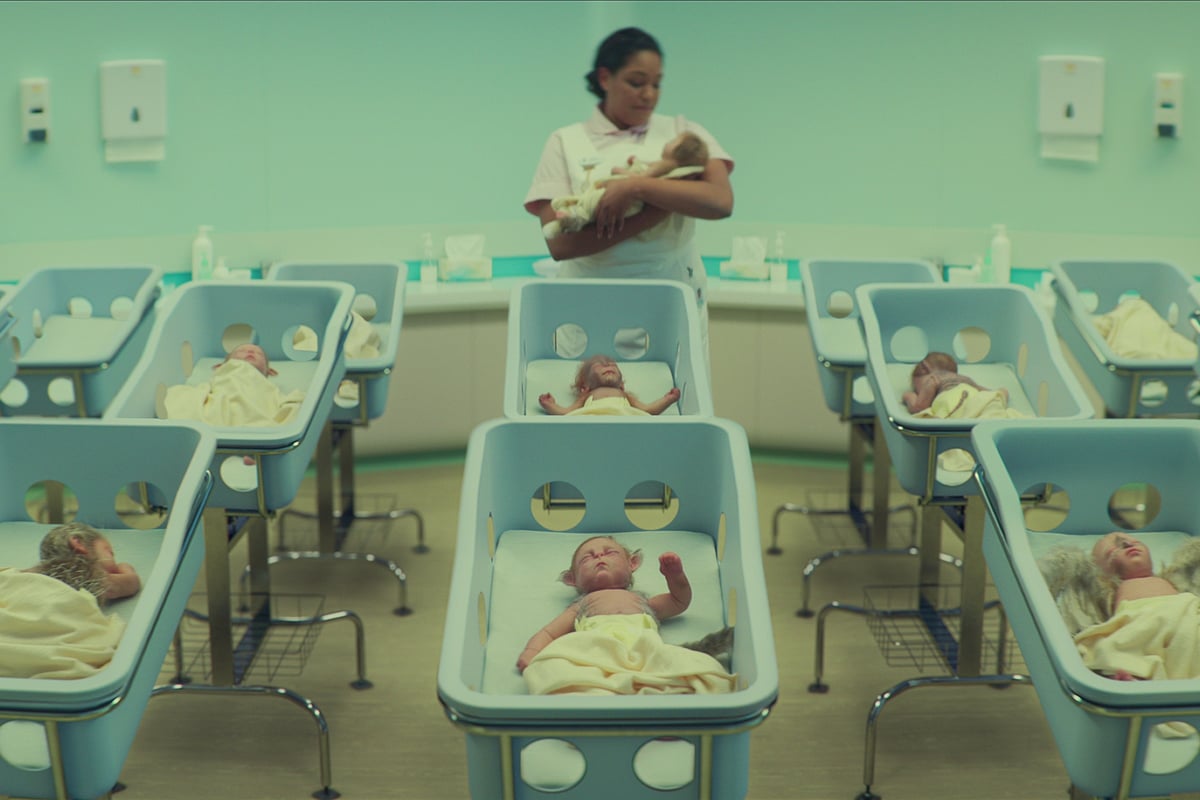 Below, we unpack what the Netflix series is about and deliver our verdict on whether you should watch it.

Sweet Tooth takes place a decade after the 'Great Crumble', when humanity descended into chaos following the arrival of the deadly H5G9 virus.

The virus killed much of the world's human population. But the start of the virus also signified the birth of the "hybrids" – babies that are born half-animal, half-human.

At the start of the 'Great Crumble', Pubba, played by Will Forte, fled society with his deer-human son with antlers, Gus.

Together, Pubba and Gus live in a secluded cabin in Yellowstone National Park, protected from the lawless, chaotic outside world. As one man says in the first episode: "It sucks. No rules. No laws. Once the internet was down, it was over."

Later on in the first episode, the father and son duo are put in danger when a poacher comes to their isolated cabin. Pubba heads off to search for the poachers. But when he returns, he has "the sick".

After Pubba passes away, Gus, just 10 years old, finds himself alone in the woods. But he's not alone for long.

Before long, Guys encounters Tommy Jepperd, played by Nonso Anozie, a former football player who is navigating the post apocalyptic world alone. And together, Gus and Tommy set off on an adventure across the United States. 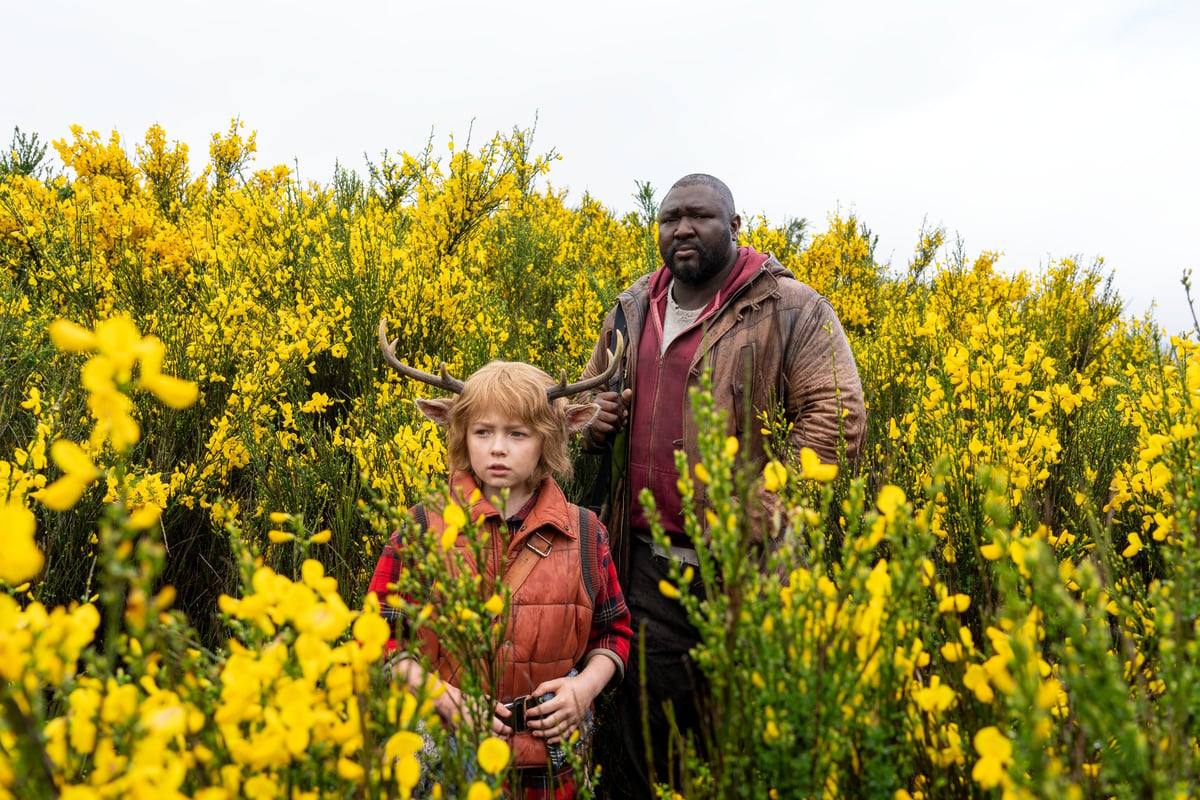 As the series continues, viewers are introduced to a number of side characters, including doctor Aditya Singh (Adeel Akhtar), who was working when the first 'hybrids' were born, and Aimee (Dania Ramirez), who sets up a preserve for hybrid children to live safely in a ruined Colorado zoo.

And through these storylines, viewers slowly learn more about the 'Great Crumble'.

Created by Jim Mickle, the series is an adaptation of the popular Vertigo Comics series, which was written by Jeff Lemire.

The heartfelt storylines, the adorable 'hybrids', and the strong acting performances.

His Dark Materials for the powerful young characters, The 100 for the science fiction vibes, and The Last Man On Earth for the lighter take on the post-apocalypse genre. 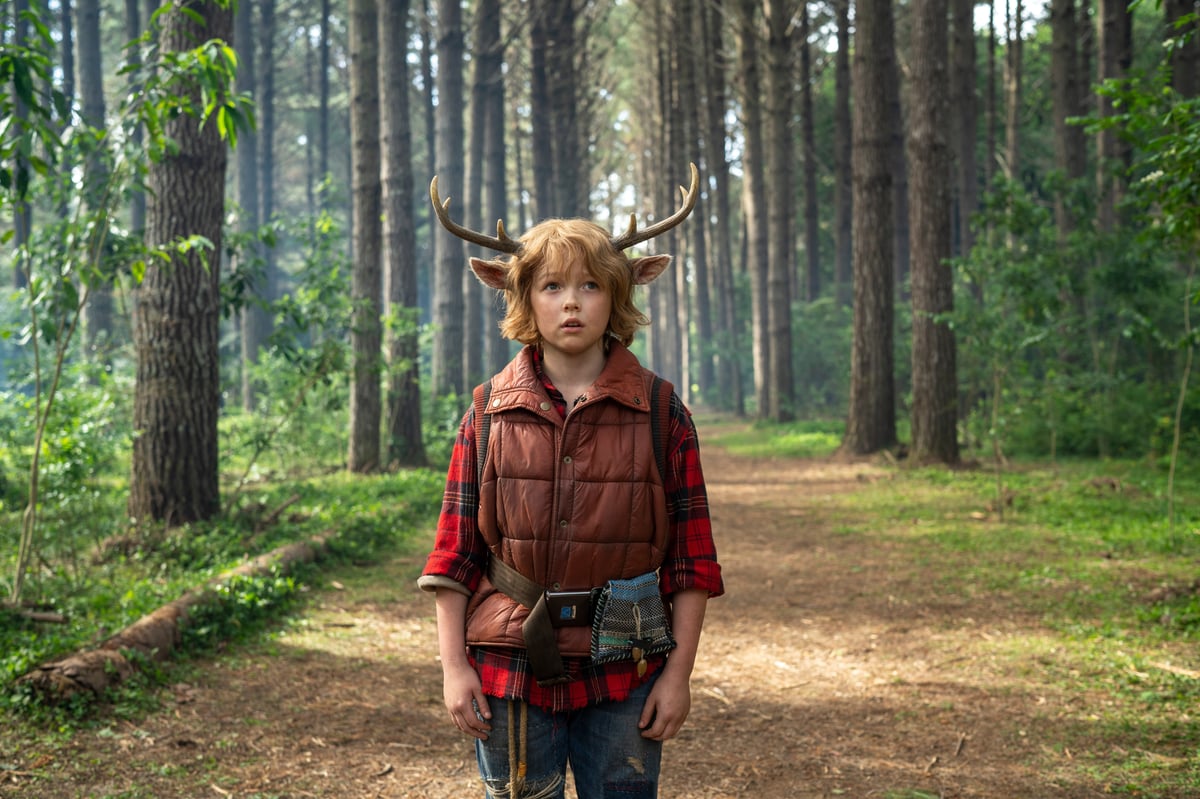 Christian Convery as Gus in Netflix's Sweet Tooth. Image: Netflix. Will there be a second season?

Sweet Tooth hasn't been confirmed for a second season yet. However, as the first season only covered a third of the original story, it's likely that we could get further seasons.

Watching Netflix's Sweet Tooth is like entering a whole other world.

Although elements of the series are almost reflective of the COVID-19 pandemic, Sweet Tooth presents the real-world horror of a pandemic apocalypse in a way that isn't too confronting.

In fact, more than anything, the series is a magical, heartfelt coming of age story.

With an eccentric combination of science fiction and fantasy elements and strong acting performances from the cast, including 11-year-old actor Christian Convery, the series is a bingeable watch for all age groups.

All eight episodes of Sweet Tooth are available to watch on Netflix now.