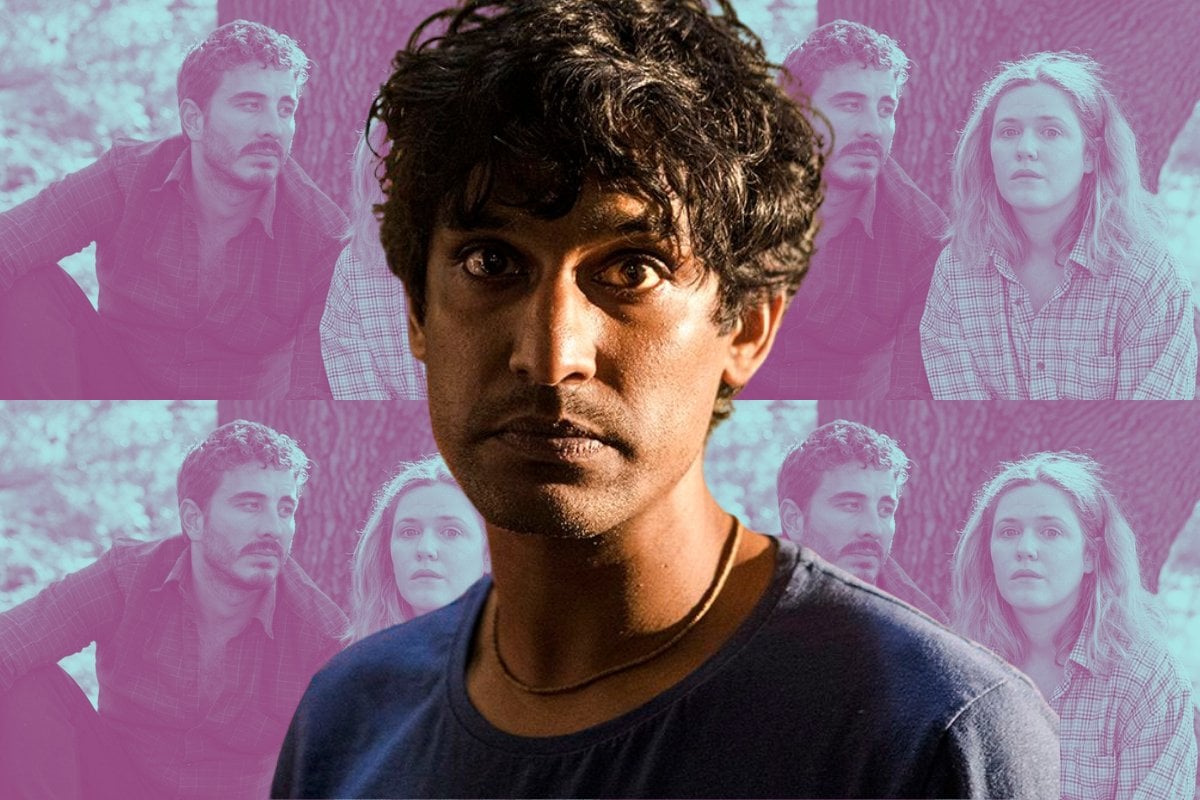 In the opening minutes of Wakefield, Dan Wyllie's character James is dressed in a crisp business shirt, a tie, and a blazer.

He's speaking to his colleagues over Zoom, throwing around words like 'market' and 'bounce' and 'equity'. He appears to be a high-functioning businessman about to close on a multi-million dollar deal.

It's only moments later we find out James is actually wearing his pyjama pants, he's making the deal from the common room of a psychiatric ward, and he's one of the patients.

WATCH: The trailer for the ABC's groundbreaking new series, Wakefield. Post continues below.

This scene encapsulates the show's running theme and its tagline - there's a fine line between sanity and madness.

James could be any of us, and under the right circumstances (or wrong circumstances), any of us could find ourselves in James' shoes.

Wakefield is the name of the series and it's also the name of the mental health facility James is receiving treatment at. It's nestled in the Blue Mountains, right beside Katoomba's iconic Three Sisters. The location not only lends itself to beautiful scenery, but it's also a constant reminder of how far we all have to fall.

Wakefield could be best described as a slow burning psychological thriller and a study of the human condition.

What is Wakefield about?

The series was created by Kristen Dunphy (The Secret Daughter), who is also the showrunner alongside Sam Meikle. It was directed by Jocelyn Moorhouse (The Dressmaker) and Kim Mordaunt.

The series centres around Nikhil Katira (British actor Rudi Dharmalingam, who does a brilliant Aussie accent btw) a psychiatric nurse working at the facility. Shortly after the series begins, Nik applies for the role of Nursing Unit Manager, putting him on the radar of the current acting NUM Linda (Mandy McElhinney).

Nik has a light touch with his patients, he seems to be able to get through to them even when they're at their most vulnerable.

But while Nik is helping his patients make great strides in their recovery, his own mental health is quickly deteriorating.

After he hears Dexys Midnight Runners' 1982 hit 'Come On Eileen', Nik begins to be haunted by flashbacks to his own childhood and a traumatic event that he has blocked out.

Throughout the eight episode season, Nik's own descent is mapped out through the repeated lyrics of 'Come On Eileen' (an ear worm which gets stuck in the minds of both Nik and the audience), flashbacks of himself as a child tapdancing, and a blue butterfly.

With his sister's wedding approaching, Nik's subconscious seems determined to make him see what really happened in his childhood, with the big reveal coming right at the end of the final episode.

The mystery of what happened to Nik when he was a child.

Please Like Me for the exploration of mental health, The Sinner for the slow burning mystery, and Bump for the diverse Australian cast.

There are eight episodes of Wakefield and they're around 55 minutes each. Wakefield is the kind of TV series you'll want to lose yourself in over a rainy weekend.

All eight episodes are streaming on ABC iview now and they will air on the ABC from Sunday, April 12.

Will there be a second season of Wakefield?

There's no word yet on whether Wakefield will be renewed for a second season.

Absolutely. Wakefield is at once a riveting psychological thriller, a study of the human condition, and a light Aussie comedy.

You'll find yourself feeling a whole range of emotions while watching the series.

It's unlike anything we've seen on our screens before and hopefully it's an indicator of where Australian TV is heading.

All eight episodes are streaming on ABC iview now. The series will premiere on ABC TV at 8:30pm on Sunday, April 18.

M
marlene a year ago

Reply
Upvote
What a special series! There is no "trigger" warning but many people will not be able to accept the reality of mental illness.  If you are one of the strong ones, this is an exceptional portrayal of human frailities, compassion and the triumph of goodness over evil.
M
mamamia-user-405278599 a year ago