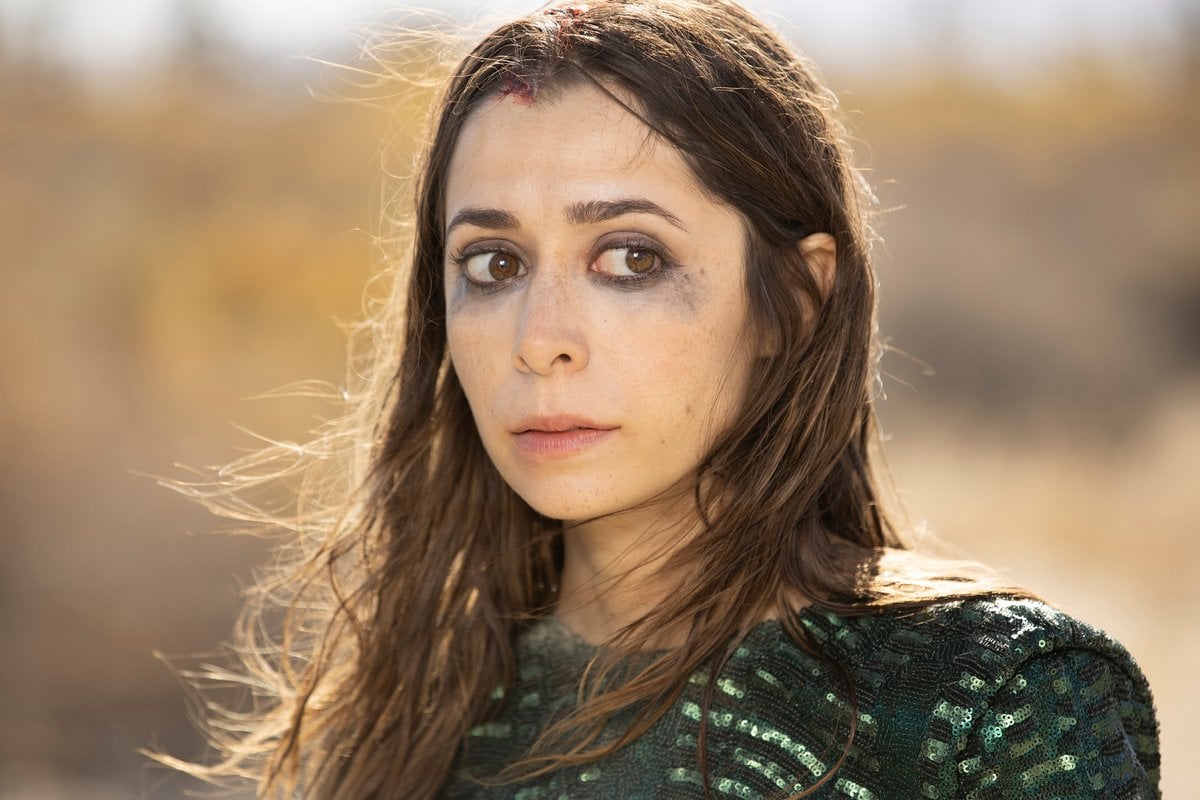 Do you ever wonder what your partner is thinking? What about if you could see their every move? Or hear their every thought? Or track their "emotional data"?

Well, Stan's new dark comedy series Made For Love has the answer to all those questions. And it ain't pretty.

Based on the 2017 novel of the same name by Alissa Nutting, the new eight-part series centres on Hazel Green (Cristin Milioti), a woman escaping from her deeply controlling marriage to tech billionaire, Byron Gogol (Billy Magnussen), whose company is called (yes, you guessed it) Gogol.

Watch the trailer for Stan's Made For Love below. Post continues after video.

After spending a decade isolated from the outside world in her marriage to Byron, Hazel reaches her ultimate breaking point when she learns her husband has inserted a chip into her head, allowing him to access her innermost thoughts and feelings.

Made For Love kicks off when Hazel Green (Cristin Milioti) dramatically emerges from an underground tunnel in the middle of the desert.

She's soaking wet, and mascara is running down her face.

Dressed in an emerald-green mini dress, Hazel turns around to face a lone Star Trek-esque building in the distance, before throwing up an aggressive middle finger.

Immediately afterwards, the episode flips backwards in time, transporting us back to Hazel's life within that very building, prior to her dramatic escape.

For the last 10 years, Hazel and her tech billionaire husband Byron have been living in 'The Hub', a high-tech compound where Byron runs his boundary-pushing Google-like company, Gogol. 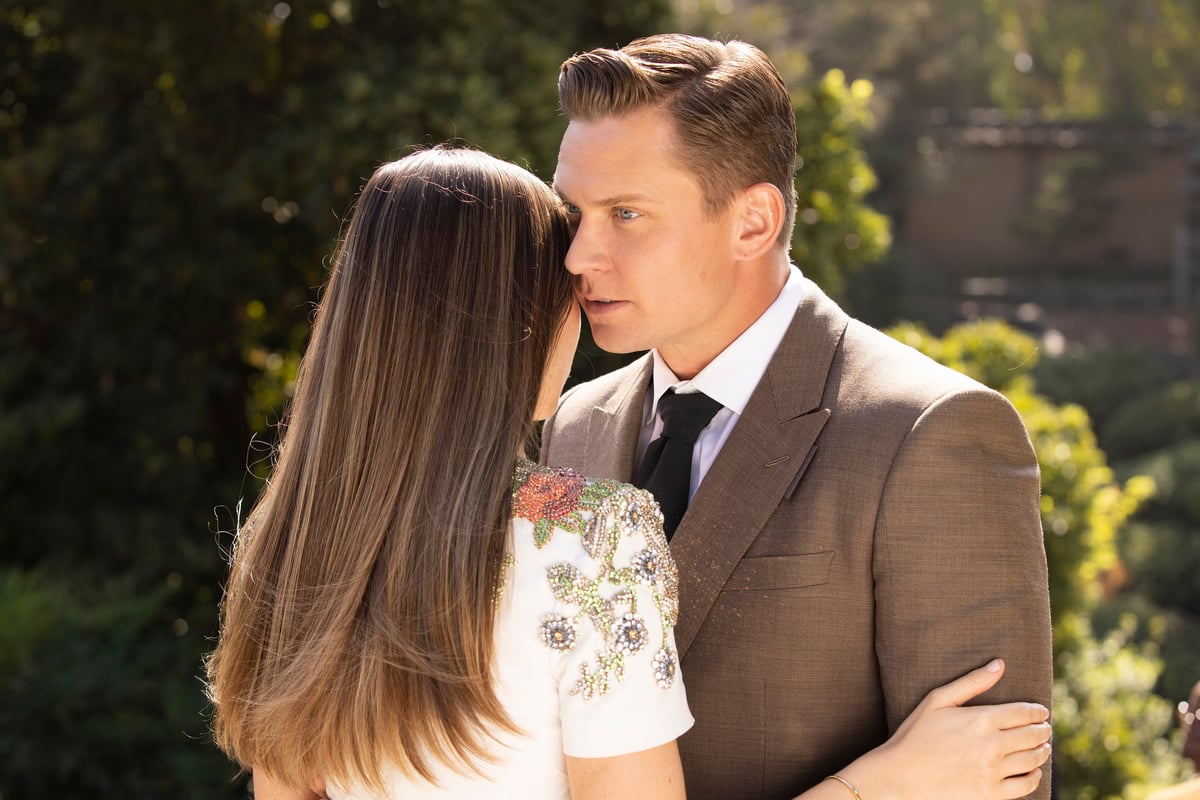 Cristin Milioti as Hazel Green and Billy Magnussen as Byron Gogol in Made For Love. Image: Stan.

From a surface level, Hazel and Byron's life in The Hub looks glamorous. Their home is full of unimaginable wonders, like innovative 'flavour balls' and a pet dolphin frolicking in the swimming pool.

But under the surface, there's a much darker side to the desert-based compound.

As the series progresses, we learn Hazel hasn't left The Hub for almost a decade. In fact, Byron controls every single aspect of her life, including her designated 'nap time'.

In his career, Byron is just as dominating. And as we soon learn, Byron is about to launch his biggest project yet: 'Made For Love', a brain chip that allows couples to access each other's innermost thoughts and feelings.

"We've created your phones, your computers, your software. Now it's time for love to evolve, too," the tech mogul shares in a... concerning advertisement.

"Every thought, every feeling shared. Your brains fully connected. A network of two."

When Hazel realises that she's set to become the very first user for the relationship chip, she reaches her final breaking point, leading her to escape The Hub for good.

But once she makes it outside the walls of the compound, she soon learns that Byron has already inserted the chip in her brain, allowing him to watch her every move. 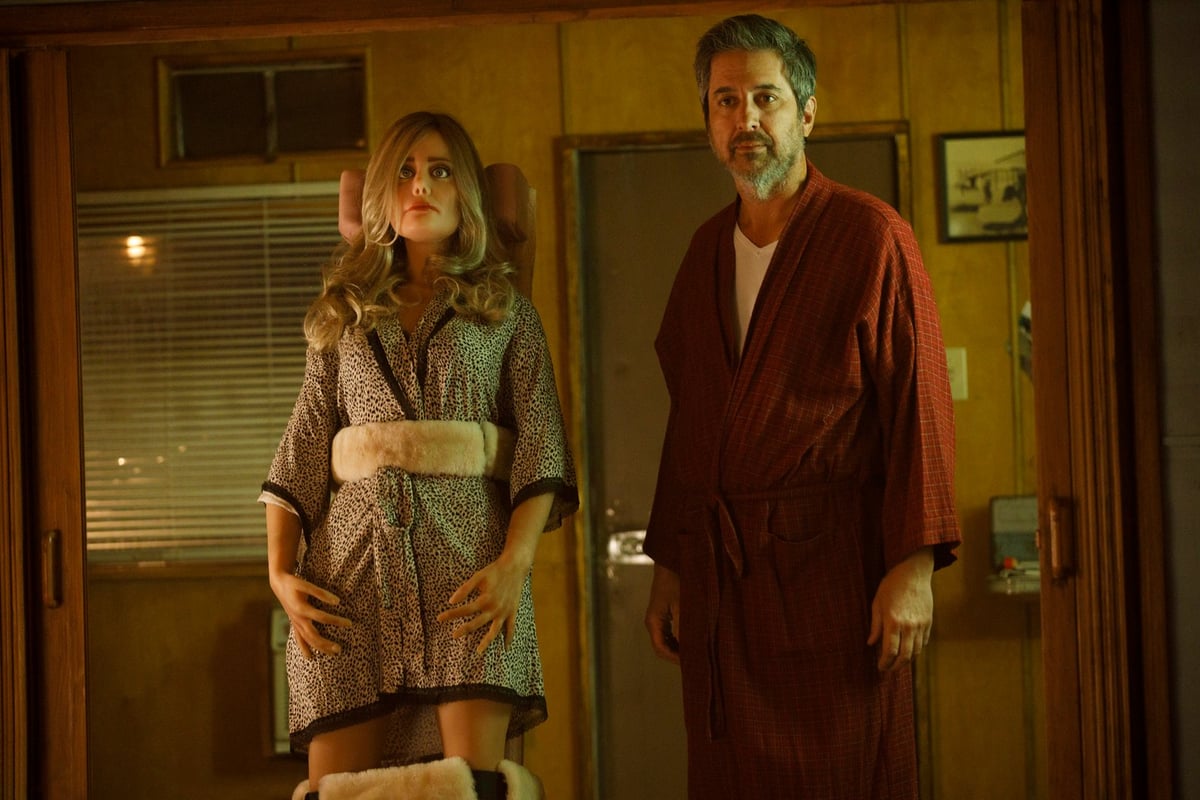 'Diane' and Ray Romano as Herbert Green in Made For Love. Image: Stan.

After eventually making it to the house of her estranged father, Herbert Green (Ray Romano), who is in a full-blown relationship with an uncomfortably lifelike sex doll, Hazel faces the challenge of escaping Byron for good, and gaining her independence for the first time in 10 years.

Living With Yourself for the dramatic opening sequence, Black Mirror for the endless high-tech references, and Upload for the dark comedy themes.

There will be eight 30-minute episodes in total. The first three episodes are available to watch on Stan now, with new episodes dropping every Thursday. 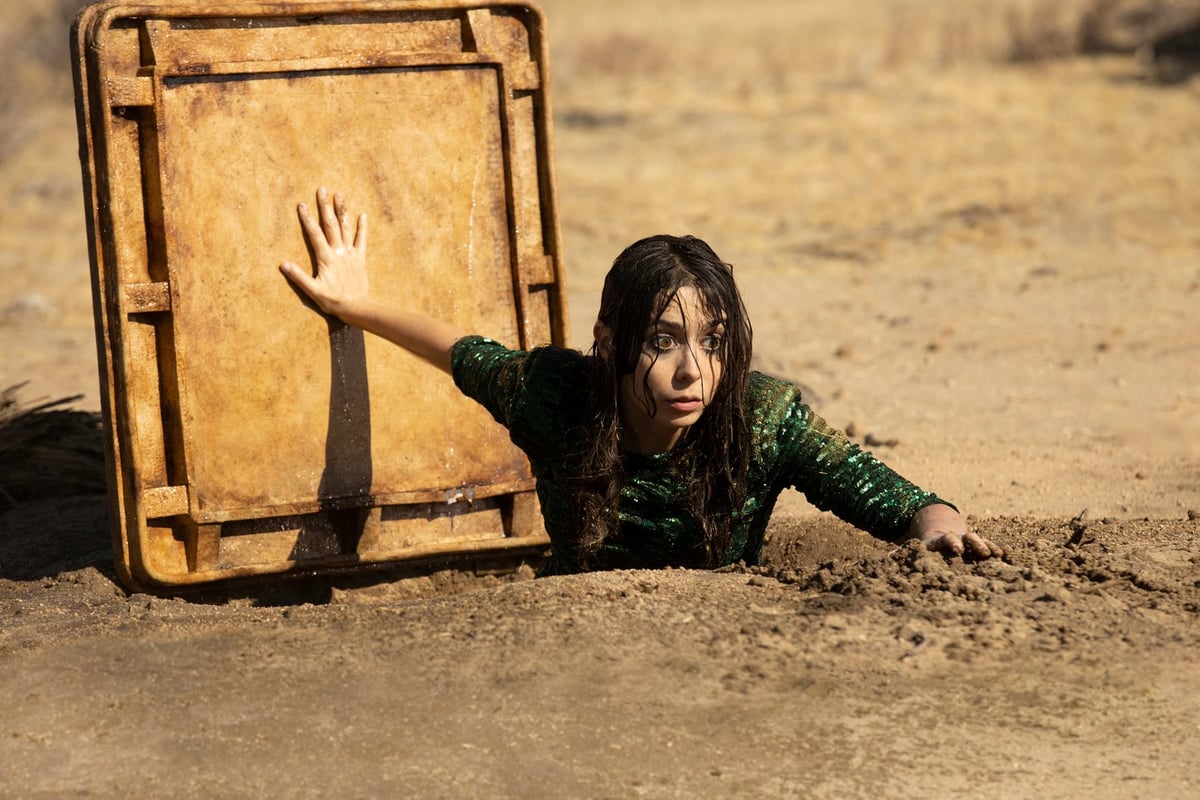 Cristin Milioti as Hazel Green in Made For Love. Image: Stan.

Made For Love hasn't been renewed for a second season yet.

With an interesting storyline and strange Black Mirror-esque themes, Made For Love is bound to be your next binge-watch.

The series also features strong acting performances from Cristin Milioti, Billy Magnussen, and Ray Romano. While Milioti and Romano have great chemistry as father-daughter duo Hazel and Herbert, Magnussen's Byron is deeply chilling and even discomforting.

Although the series' use of fractured storytelling can be jarring at times, Made For Love is ultimately compelling, zany, and deeply addictive.

The first three episodes of Made For Love are available to watch only on Stan, with new episodes dropping every Thursday.