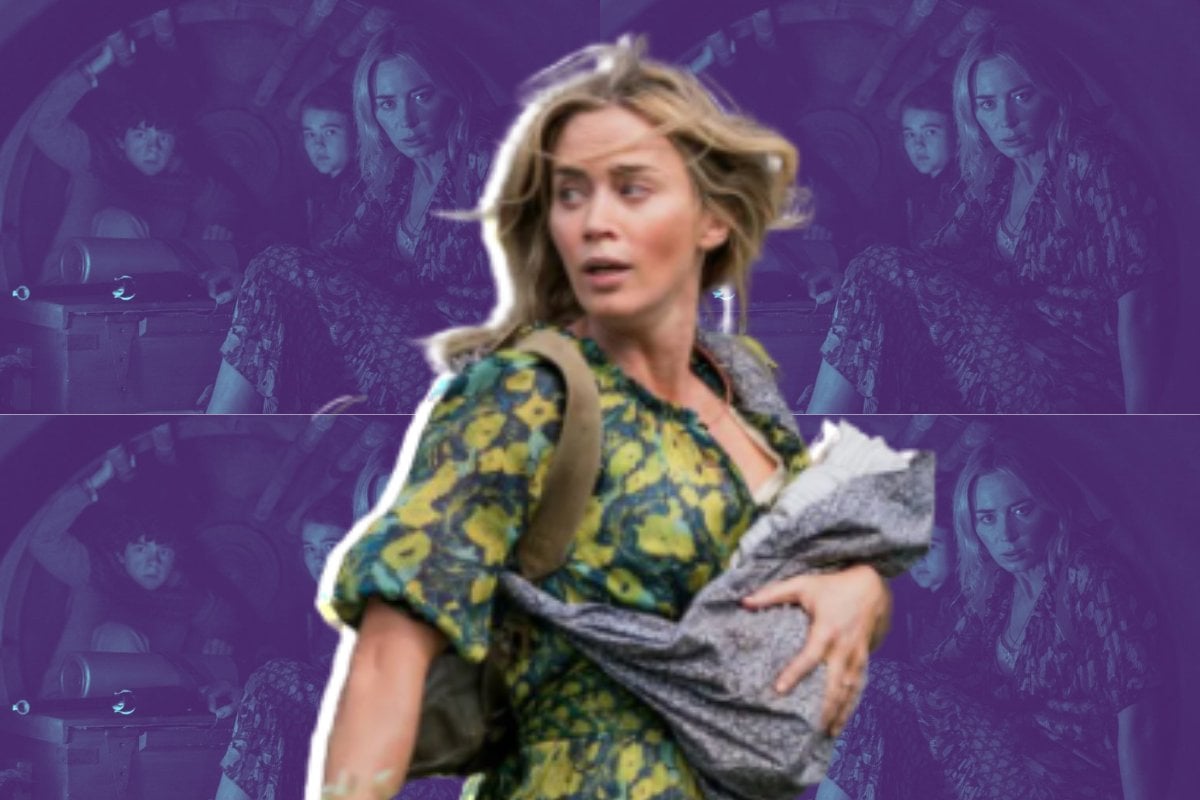 When A Quiet Place hit cinemas in 2018, it had all the elements of a bloody good sci-fi thriller.

Long-limbed aliens who were excellent listeners and also had terrifying trapdoor faces that opened up to reveal just how angry and teethy they were.

It had a bulked up Jim from The Office, who had finally married Pam and now just wanted to protect her and their children from the aliens with the great listening skills.

It had that twist.

Watch the trailer for A Quiet Place Part II. Post continues after video.

And it had that abrupt ending that was ripe for a sequel.

And now John Krasinski has delivered us just that.

So after a delayed release, is A Quiet Place Part II worth a watch?

Here we break down what the sequel is about and whether you should watch it:

What is A Quiet Place Part II about?

When we last left the Abbott family, Lee (Jim from The Office) had just sacrificed himself to the aliens with the good ears to save his kids, Regan (Millicent Simmonds) and Marcus (Noah Jupe).

Regan then discovered her cochlear implant could emit a loud sound that would render the aliens temporarily harmless so they could take them out with their shotgun.

And that's where we left them. With Regan clutching her cochlear implant, and Evelyn (Emily Blunt) aiming her shotgun at an alien.

A Quiet Place Part II basically picks up right there. There's a quick opening scene in which we see the Abbott family (Lee included) at a local baseball game, before the aliens arrive and the town erupts into chaos.

We're then back with Evelyn, Millicent, Marcus and the unnecessary baby who need to leave the farm because it's both flooded and on fire.

They start quietly walking through the hot mess that used to be their pre-alien world before they stumble upon Lee's friend Emmett (Cillian Murphy) who has been hiding out on his own since his wife died 12 days earlier.

Then everyone makes a series of terrible decisions before the big climatic scene.

The jump scares and the suspense.

What is basically a movie about a family who has to learn to survive after suffering an immeasurable loss in the face of ongoing traumatic global events.

So basically, what much of the world has been experiencing in the past 12 months.

The movie runs for one hour and 37 minutes, so it's perfect for people who can't sit through long movies at the cinemas.

A Quiet Place Part II is a competent follow up to the first instalment. It doesn't have the same impact as the first movie for several reasons:

1. It's not as quiet. Most of the first movie was completely silent, and that was a real shock to the system in 2018 when we were all used to being around people and movement and sound all the time.

2. We've already met the aliens with the good ears, so their terrifying saliva-filled faces and ridiculously long legs aren't as scary.

4. Dystopian sci-fi thrillers were a lot more fun to watch before they... happened to us. It's not quite as enjoyable to watch desperate humans scrambling over supplies after the great toilet paper battles of 2020.

Having said all that, the Abbott family are really bloody likeable (even if they make questionable reproductive choices in times of great chaos) and while watching the sequel you'll remember just how much you want them to survive and take those nasty long-limbed aliens down.

Plus, this franchise was made for watching in the cinemas, and we still have cinemas in our dystopian future, so get on down there.

A Quiet Place Part II is in cinemas now.