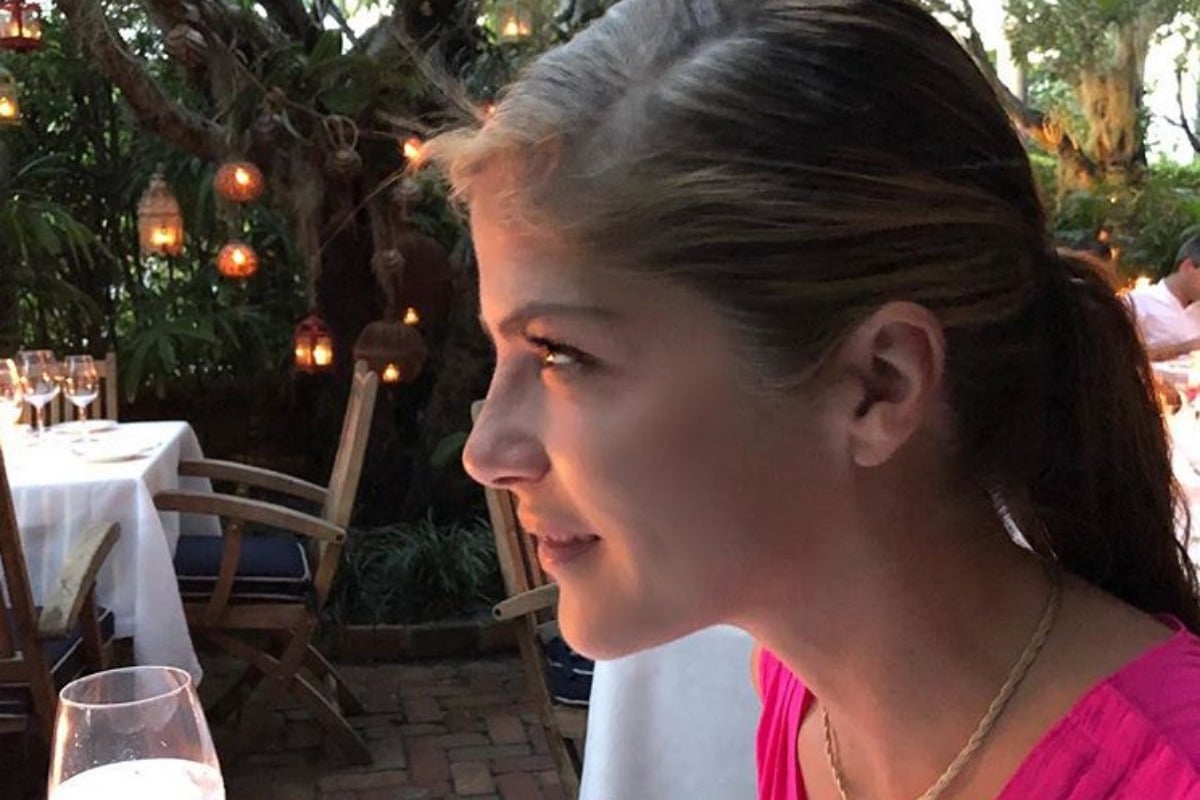 For 15 years, Selma Blair knew there wasn’t something right with her body. In October 2018, she was finally diagnosed by doctors with the condition Multiple Sclerosis.

Two weeks ago the acclaimed actress sat down with Good Morning America to share how the illness, a degenerative disease which affects the central nervous system, has impacted her.

And the mother-of-one has now shared a throwback image to her Instagram of a time before her diagnosis, when she didn’t yet know what was wrong with her.

“A beautiful summer night in Miami. My flare was already hitting. I didn’t know what was happening,” Blair shared with her followers.

#tbt. A beautiful summer night in Miami. My flare was already hitting. I didn’t know what was happening. But I sat outside and had a gorgeous dinner with my dear friend. All we have is right now. This. Is the past. But I remember knowing to just feel the warmth in the breeze. The gift of this trip. Under the table my leg was dead. I couldn’t stay awake and my right hand couldn’t find my mouth. But I was happy. My son is asleep next to me. I hear his breathing. That of a tender soul, a young boy who will wake full of energy. I am going to curl up next to him. Cause that is what this wonderful life can bring. The now. The now I love. So… goodnight. ????????????. #now #twinkle

“But I sat outside and had a gorgeous dinner with my dear friend. All we have is right now. This. Is the past. But I remember knowing to just feel the warmth in the breeze. The gift of this trip. Under the table my leg was dead.

The Legally Blonde actress continued: “I couldn’t stay awake and my right hand couldn’t find my mouth. But I was happy.

“My son is asleep next to me. I hear his breathing. That of a tender soul, a young boy who will wake full of energy. I am going to curl up next to him. Cause that is what this wonderful life can bring. The now. The now I love. So… goodnight.”

The comments section was awash with messages from fans and people who also suffer from MS, thanking the actress for her honesty and rawness.

“Your words and courage are an inspiration and a gift to all of us!” said one user.

“This is me, thank you for being a voice for our suffering,” another commented.

2. Your suspicions about Mike from Married at First Sight’s hair are absolutely correct.

Since the sixth season of Married at First Sight aired over a month ago, fans of the reality TV show have long suspected something about Mike.

Observant fans thought the contestant had had scalp tattoos to make his hairline appear more even.

The front is so impeccably rounded and evenly distributed and yet so entirely uneven on top where it transitions.

And as it turns out, it’s all true.

Speaking to radio duo Fitzy & Wippa on Nova 96.9, the MAFS star was secretive about the procedure at first, but eventually admitted it.

“Someone has rung us and told us that you’ve had the tattoo done on the top of the head,” Fitzy said to Mike, who is married to Heidi on the show.

“What do you think?” he responded. “Do you reckon I’ve had it done? Do you want to take a closer look?”

Fitzy, who is self-conscious about his hairline, was inquisitive about the procedure leading Mike to confirm he has had scalp micropigmentation (SMP).

3. “I was the one that left the marriage.” Cameron Daddo on his break with wife Alison Brahe.

Australian actor Cameron Daddo has spoken about his experience of marriage and fatherhood.

In an interview with parenting website The Father Hood, Daddo admitted he briefly left the marriage after he had struggled with long periods apart due to work commitments.

“I was the one that left the marriage,” he revealed.

The actor also said he turned to alcohol to help him through their challenges, and alluded to a possible infidelity on his part.

Thankyou to all the teachers over the years, Westside Waldorf, New Roads, and Freshwater. Thankyou for shaping a special guy. Riv, you’re my favourite son ever. ????????

“How do you repair a marriage after infidelity?”, he said. “For me it really is about, understanding why I did it. If your needs are not being met, that can lead to difficulty.”

The actor credited counselling for saving the relationship, and a “willingness from both parties.”

Brahe and Daddo wed in 1991. They became engaged only three months after dating, when Daddo was 25, and Brahe was 21.

Today is International Women’s Day. It’s a day where people unite to campaign for gender equality and women’s rights, while celebrating the inspirational women who have shaped our lives.

However, former Married At First Sight bride, Ines Basic, has adopted a different approach, and it was weird. Like Prime Minister Scott Morrison saying “we want to see the rise of women in this country to be accelerated to ensure that their overall place is maintained,” during his IWD speech, levels of weird.

Sharing the questionable photos on her Instagram Stories, the former MAFS bride posted a photo of fellow MAFS brides Jessika Power and Martha Kalifatidis photo-shopped onto the heads of Regina George, Gretchen Wieners and Karen Smith of Mean Girls.

“Happy International Women’s Day – whatever the f**k that even means. Hook up with your friends, it’s good for your health,” she captioned one photo, most likely referencing the husband-swapping scandals both Ines and Jessika have involved themselves in.

The caption to the second photo read "starring: Ines, Jess & the other one," which we feel is a dig to Martha... but okay.

While we're still not sure what Ines meant by the post - it doesn't exactly shout (or whisper) female empowerment - we feel the best word to describe her sentiment is... problematic.

5. Taylor Swift on why her "girl squad" had to end. And it might just change your opinion of her.

It was only a few years ago that Taylor Swift’s “girl squad” was the stuff of legend – not to mention an inescapable feature of our Instagram feeds.

A veritable who’s who of 20-something “it” girls – models, actresses, musicians – all publicly gushing over each other in interviews, showing up at each other’s work, and wearing coordinating outfits as they splashed about in Swift’s Hampton’s estate pool in photos seemingly too perfect to be real from her annual Fourth of July parties.

It was Swift's 2015 Bad Blood music video that stands out as peak "squad" era, starring (quite literally given the film clip's aesthetic) an army of famous women.

In theory, Taylor Swift's "girl squad" was the perfect embodiment of women supporting women in an infamously patriarchal industry. A sign of females banding together in defiance of being pitted against each other, as is common in the entertainment business.

But now, in an interview with Elle magazine in the lead-up to her 30th birthday, Taylor Swift has finally explained why it had to end. And it's so self-aware that her haters may be inclined to change their opinion of the star.

In "Taylor Swift on 30 things she learned before her 30th birthday", number 18 sees her reflecting on her "childhood scars" and "working on rectifying them."

This, she explains, is how the girl squad was ultimately born.

"For example, never being popular as a kid was always an insecurity for me," she began.

"Even as an adult, I still have recurring flashbacks of sitting at lunch tables alone or hiding in a bathroom stall, or trying to make a new friend and being laughed at."

You can read our full article on the end of Taylor Swift's girl squad here.