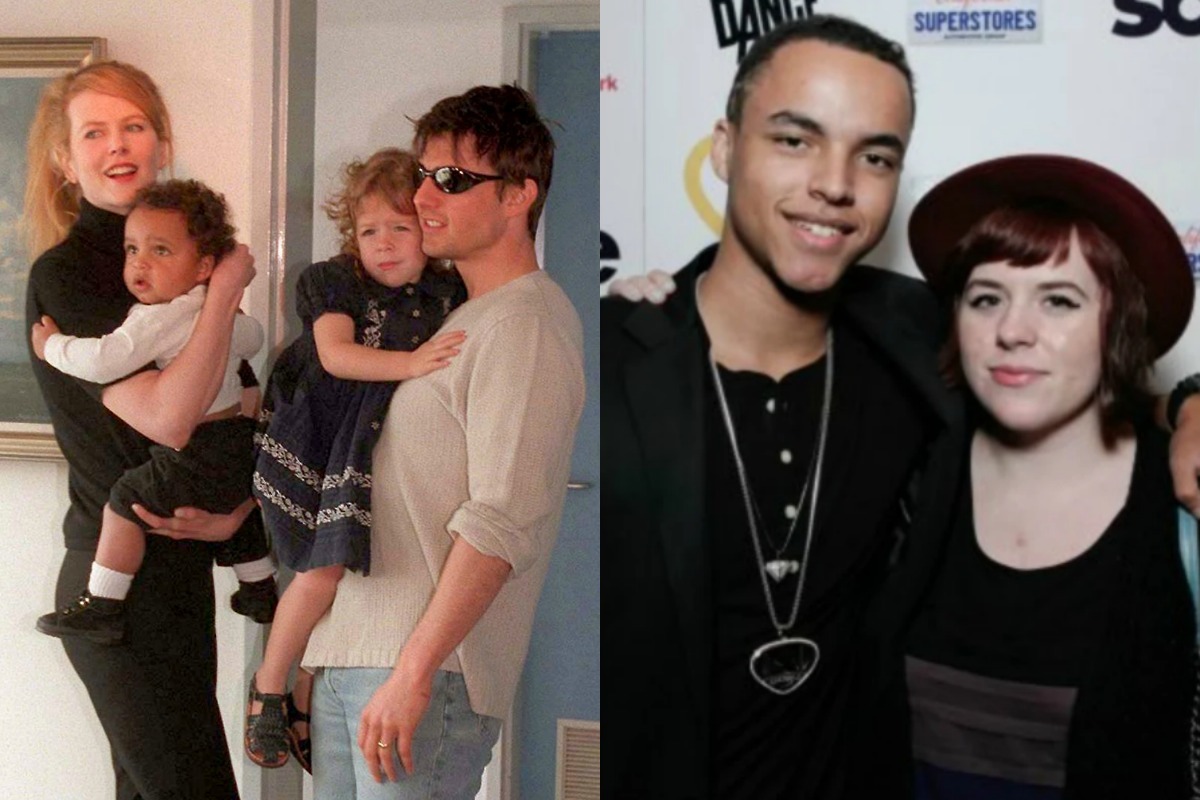 In 2018, Nicole Kidman stepped on stage at the Golden Globes to receive an accolade for her role in Big Little Lies.

Accepting the award in front of her husband Keith Urban, the actress thanked her two young daughters – Sunday Rose and Faith Margaret.

"Sunny, Faith, I love you. I’m bringing this home to you babies," she said.

Nicole Kidman and Keith Urban are best friends in love. Post continues below.

At the time, the 51-year-old’s acceptance speech led to a flurry of questions from fans and the media alike.

While Kidman had thanked her two youngest children in her speech, many questioned why she had failed to mention her two oldest children – 28-year-old Isabella and 26-year-old Connor – who she shares with her ex-husband Tom Cruise.

The actress' relationship with her eldest children was back in the spotlight again in 2019, amid rumours that Tom Cruise’s children were "indoctrinated against Nicole Kidman".

In September that year, the Nine Perfect Strangers star opened up to The Sun about her difficult relationship with Connor and Bella.

"Motherhood is about the journey," she said. "There are going to be incredible peaks and valleys, whether you are an adopting mother or a birth mother. What a child needs is love."

"They have made choices to be Scientologists. It’s our job as a parent to always offer unconditional love."

The rumours of a rift between Nicole Kidman and her two eldest children first began when she separated from her former husband Tom Cruise in 2001.

At the time, their kids – who had been raised in the Church of Scientology – chose to stay with their father.

Kidman told The Sun she married Cruise "for love" and "everything kind of had to fall in place around that".

"He swept me off my feet. I fell madly, passionately in love. And as happens, my whole plan in terms of what I wanted for my life, I was like, 'Forget it. This is it.' I was consumed by it, willingly," she said.

On reflection, Kidman acknowledges that she probably got married too young.

In the years following their separation, it’s been claimed on multiple occasions that the Church of Scientology caused a significant fracture in Kidman’s relationship with her adopted children.

In Steve Cannane’s book Fair Game: The Incredible Untold Story of Scientology in Australia, it’s alleged that after Tom Cruise and Nicole Kidman’s relationship ended, the Church of Scientology tried to turn Nicole’s children against her.

In her memoir, Remini recalled being in the car with Isabella and Connor, and asking if they had seen their mother recently.

"Not if I have a choice," Isabella answered, according to the book. "Our mum is a f**king SP [suppressive person]."

In an interview in 2019, a former top-ranking Scientology member has claimed that Cruise's daughter, Isabella, is being "used" as Scientology's "poster girl".

Speaking to the Daily Mail, Sam Domingo also claimed that once Kidman left the church, things changed drastically for the Cruise children, as they were largely separated from the rest of the church's children and were led to believe that their mother should be excommunicated.

"I know what techniques they used... I know what the second-in-command at the time Marty Rathbun did, he was so tough on them, the Cruise kids had no choice," Domingo said.

"After the divorce, they were indoctrinated into Scientology and very much isolated," she added.

"You can't be anti-Scientology if you're part of Tom's family, you will be disconnected – look at his daughter Suri."

While Kidman's relationship with her two oldest children might not be entirely conventional, according to the actress, the reports surrounding an alleged rift between her and her children are completely false.

"I’m very private about all that. I have to protect all those relationships. I know 150 per cent that I would give up my life for my children because it’s what my purpose is," Kidman told Who Magazine in 2018.

When probed about her children's relationship with Scientology during the same interview, Kidman remained diplomatic in her response.

"They are able to make their own decisions. They have made choices to be Scientologists and as a mother, it’s my job to love them," she told the magazine.

"And I am an example of that tolerance and that’s what I believe – that no matter what your child does, the child has love, and the child has to know there is available love and I’m open here," she added.

"I think that’s so important because if that is taken away from a child, to sever that in any child, in any relationship, in any family – I believe it’s wrong. So that’s our job as a parent, to always offer unconditional love."

In a Vanity Fair profile in 2019, Kidman spoke briefly about her two older children.

"Bella lives just outside London. You know, she really feels more English. We lived there for Eyes Wide Shut, Mission Impossible, and The Portrait of a Lady," she said.

"They both had English accents when they were little," she added.

In August last year, Bella shared a rare photo of herself with her 34,000 followers on Instagram.

All that glitters is gold.. oh wait, it’s just another Instagram filter

The 28-year-old's Instagram page also features a number of photos of her artwork and T-shirt designs which she sells on her online store, along with other accessories.

"Bella has been drawing ever since her wee hands could pick up a pen. Since that point in time she’s been evolving in her arts," her website reads.

Although Bella and Connor both live relatively quiet lives – Bella lives in London with her husband Max Parker and Connor works around the world as a DJ – they have both responded to the rumours in the past.

In 2016, Bella was asked by New Idea if she still speaks to her parents, to which she replied: "Of course we talk, they're my parents", adding, anyone who says otherwise is "full of sh*t".

Speaking to Woman's Day, Connor described his relationship with his mum as "solid".

"I love my mum. I don't care what people say, I know that me and Mum are solid. I love her a lot. My family means everything," he said.