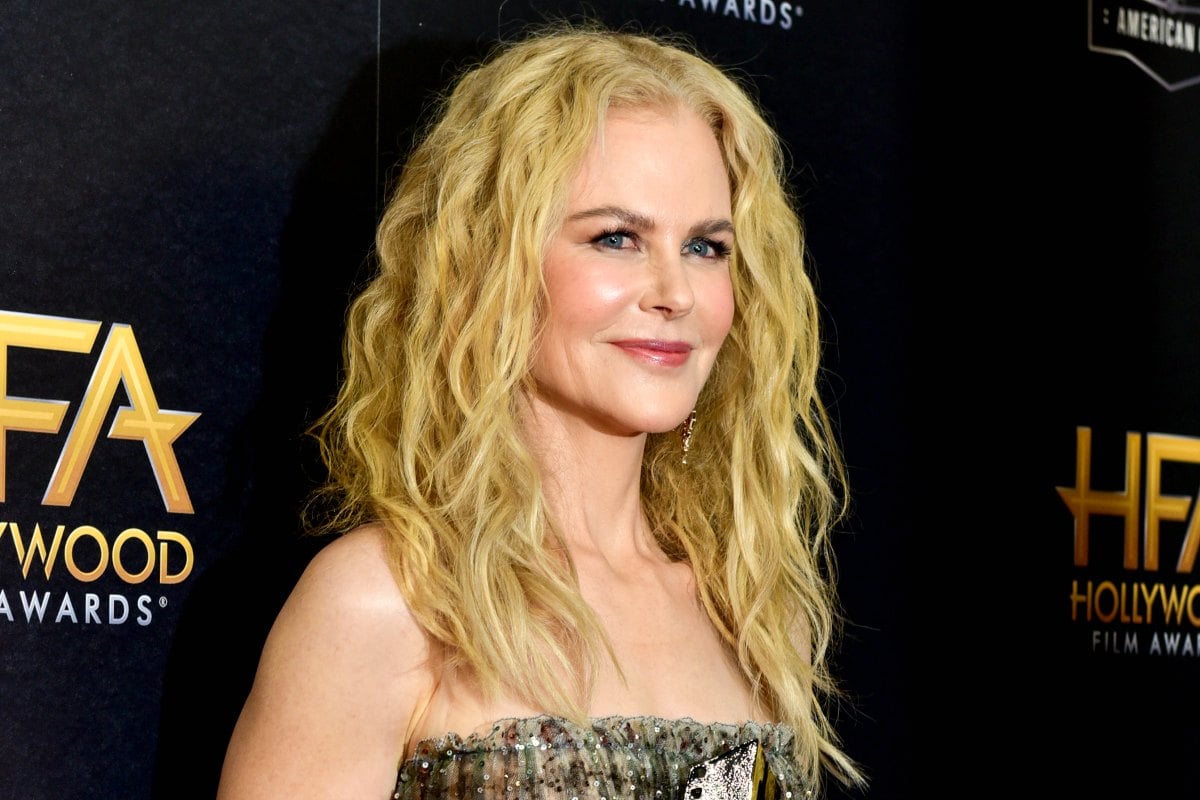 1. “They made choices to be Scientologists.” Nicole Kidman has spoken about her two adopted children.

Out of Nicole Kidman’s four children, it’s her two younger daughters –  Sunday Rose and Faith Margaret – that she shares with her current-husband Keith Urban who are the most well known. However, the Big Little Lies and Boy Erased actress also has two adopted children with her first husband Tom Cruise.

There’s not too much we know about her 25-year-old daughter Isabella Cruise and 23-year-old son Connor Cruise, other than their relationship with the Church of Scientology, which is widely believed to have played a role in her divorce from Cruise in 2001.

The 51-year-old has also been criticised for snubbing her eldest children in her acceptance speech at the Golden Globes earlier this year.

“Sunny, Faith, I love you. I’m bringing this home to you babies,” she said.

However, in a recent interview with Who Magazine, the actress says rumours around an alleged rift with Isabella and Connor are completely false.

"I’m very private about all that. I have to protect all those relationships. I know 150 per cent that I would give up my life for my children because it’s what my purpose is," she said.

When probed about their relationship with Scientology, she continued to remain diplomatic in her response.

"And I am an example of that tolerance and that’s what I believe – that no matter what your child does, the child has love and the child has to know there is available love and I’m open here."

"I think that’s so important because if that is taken away from a child, to sever that in any child, in any relationship, in any family – I believe it’s wrong. So that’s our job as a parent, to always offer unconditional love.”

And well that 100 per cent settles the debate then.

So this makes us a little uncomfortable.

Being the lovely radio co-host that he is, Tommy Little took the liberty to organise Carrie Bickmore a little maternity photo shoot, and it's unlike any we've ever seen.

You could definitely say he took a few liberties with the creative direction.

For the first photo features Carrie mid-push, giving birth to a 'baby Tommy' and ummm... yes we are very confronted.

The second was a bit more 'traditional' in its approach, with Carrie going all out glamour and Tommy um... getting a little caught up in Carrie's said glamour.

HERE IS PIC TWO ???? . . . This is what happens when you let Tommy organize a beautiful photo shoot to commemorate and celebrate Carrie’s pregnancy ... With a huge $20K donation from @littleinnoscents to @unicefaustralia Carrie agreed to let Tommy take control and this is what happened. … We would love for you to donate to UNICEF’s ‘Save A Newborn Appeal’ head to the link in our bio to donate.

In actual fact these photos were done for a good cause, with organic, Australian baby brand Little Innoscents donating $20,000 to UNICEF Australia's 'Save A Newborn Appeal’.

All in all, a job well done.

3. Dave Hughes has drunk his own pee live on-air and we are not making this up.

Dave Hughes did a thing on national radio and the thing involved a big 'ol glass of wee.

Yes - there is photographic evidence.

The comedian and his Hit Network co-host Kate Langbroek were discussing a recent news story about employees at a company in China who were allegedly forced to drink their own urine.

Langbroek then challenged Hughes to sample a bit of his own urine, because ¯\_(ツ)_/¯.

“It smells so strong, it’s making Jack [the panel operator] feel ill,” Langbroek said when Hughsey returned from the bathroom with a cup of his own wee.

@hughesyandkate’s @katelangbroek just convinced me that drinking my own urine would improve my health.

We hear there are a range of health benefits from drinking your own urine, including enhancing immunity, preventing allergies and promoting a healthy heart.

So maybe he's onto something.

4. Gogglebox’s Tom had a run in with The Bachelor Nick Cummins at a Melbourne Cup after party.

What do we have here.

It seems there's been a bitta beef between reality TV stars and while we certainly don't condone fighting of any nature we are listening.

Gogglebox star Tom Walsh claims he had a confrontation with the Honey Badger at a Melbourne Cup after party on Tuesday.

As in possibly the same after party Nick Cummins was tearing up like a school leaver on the Gold Coast, judging by his Insta story.

As reported by The Daily Telegraph, Tom said when he bumped into the former Bachelor (on the d-floor we assume), ~drama~ happened.

This is how it went down:

Tom said when the former rugby star asked him what he does for work, he responded that he watches TV for a living (goals).

He told the publication: "[Nick] said, 'Yeah I know, and what did you say about me?' I laughed and said, 'That you wasted 12 weeks of my life.'

But it didn't stop there.

As Nick walked away, Tom (apparently) called out: "Sweetie, I've got three Logies and you're unemployed."

It was all over.

"I thought this is going to be the first time I got punched, but he kept walking... I think it's hilarious," Tom concluded.

5. The Bachelorette's Daniel says a scene from last night's episode was completely made up.

With another episode of The Bachelorette, another contender has bit the dust and this time it was Daniel.

For those unaware, the 30-year-old personal trainer tried to reveal his true loved-up feelings to Ali before the Rose Ceremony, but was seemingly interrupted by Todd just as he was about to say his bit.

However, it would seem like we, the audience, have been duped.

In a very revealing interview with Mamamia, Daniel says he was a victim of post-production and in actual fact he wasn't interrupted by Todd and he did actually say everything he wanted to to Ali.

"I'd already told her [what I wanted to say] but they just used a snippet from another episode to make it look like I hadn't and that I was annoyed," he said.

"Todd din't interrupt anything because it was right at the end of our chat, which was fine."

You can watch the edited segment of Daniel and Ali's chat below. Post continues after video.

He also shared the real reason why he thinks Ali sent him home and you can read all about that in our earlier post.

Pretty sure there is no evidence that drinking urine has any health benefits. You can’t say that in an article, then run another article criticising a reality tv star for giving out bad health advice! Talk about hypocritical.