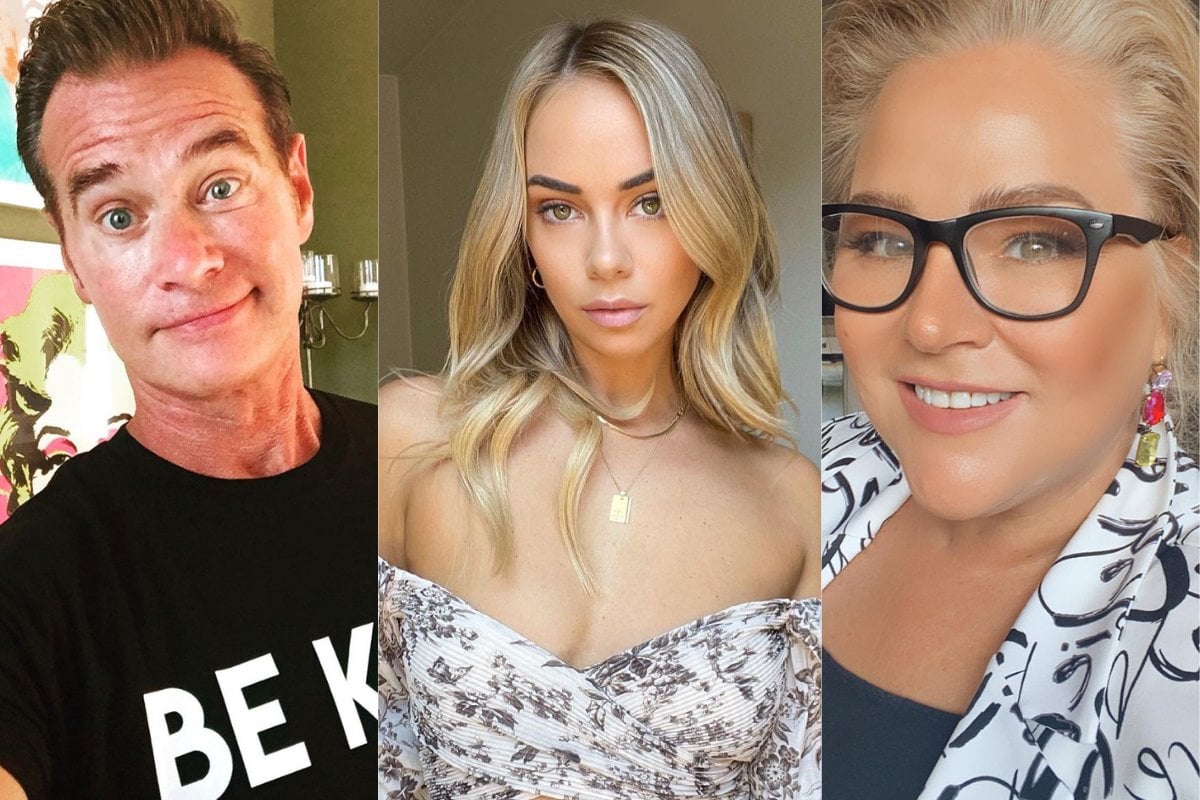 1. A 'Celebrity MAFS' spin off may be in the works, and yes we have the rumoured lineup.

So it looks like Channel Nine are currently working on a celebrity Married at First Sight spinoff, and the rumoured list of celebs just seem too good to be true.

“If we want the show to keep going, we need to be bold and change things up,” a producer from Endemol Shine told the magazine.

"A celebrity edition is exactly what MAFS needs – it’s a tried and tested format."

New Weekly leaked texts from John Aiken last year that gave an insight into how the show might be run, deciding whether or not celebs would be paired together, or with strangers 'on the outside'.

"We are trying to figure out if we want celebrity marrying a celebrity for the season or celebrities paired up with strangers on the outside," He reportedly wrote in the texts.

"We will have a video call tomorrow morning to discuss agreements further and I'll let you know the other celebrity names who are currently on board."

2. Khloé Kardashian’s assistant ‘accidentally’ posted an un-edited bikini pic to Instagram, and reddit has gone absolutely bonkers over it.

A picture of Khloé Kardashian in a bikini has emerged, pre-editing, and the Kardashian's have been working on overdrive to get it taken down.

The photo showed the 36-year-old standing by the pool in a leopard print bikini, and chief marketing officer for KKW brands, Tracy Romulus, made a statement to Page Six on why the family were taking it down.

"The colour edited photo was taken of Khloé during a private family gathering and posted to social media without permission by mistake by an assistant," she said.

"Khloé looks beautiful, but it is within the right of the copyright owner to not want an image not intended to be published taken down."

3. Jessika Power is going through a messy breakup right now, and there are thousands of Instagram receipts.

There's quite a lot going down between Jessika Power and her now ex-boyfriend Filip Poznanovic.

In case you missed it, the former MAFS star recently announced her split from the rapper, after three months of dating.

"We were really good friends before we dated. It's just been recent that we decided that we are better as friends," Jess told the Daily Mail on Saturday. "I'm sad, but that's okay."

On Monday, Jess posted a sponsored Instagram video for a sex toy and took the opportunity to call out her ex.

"It's common knowledge now that my partner and I have split, but I mean, that's what happens when you try and get a guy to give you an orgasm," she said in the video.

Filip has since told the Daily Mail, that Jess apparently 'climaxed regularly' and claimed to have text messages where she supposedly 'praised his skills in the bedroom'... alrighty then.

Jess also shared an Instagram post on Saturday where she told her ex to leave her alone.

"I allowed him into my home, nursed him back to health after he broke his leg, allowed him to live rent free, fed him, lent money," she wrote on her Instagram Stories.

"He wants to be nasty on Instagram and has always only ever spoken about his 'rap' career and how many followers he's gained from being with me," she continued.

"You leave me alone and I'll leave you alone."

And just to add to the drama, Filip has also shared a video about Jess over on his Instagram, which has been shared by the So Dramatic! podcast.

4. Samantha is about to drop the following bombshells at the MAFS reunion party.

Samantha Harvey is expected to return to MAFS this week. And she has a few things to say about Bryce Ruthven's rumoured girlfriend.

"I was out for drinks with friends and Jason asked me, 'Have you heard about this other girl Bryce is stringing along while he's on the show? He's doing the show just to bring exposure for his career,'" she told the publication.

"That's when I thought, 'No, I'm not going to let what happened to me happen to Melissa' – I'm going to go in and tell her exactly what I've heard, instead of her finding out after everyone else has."

Samantha went on to explain that she told Melissa what she heard at the girls' night.

"It's harsh to hear when you're in love with somebody. I told her that I'm upfront, and Melissa said she needed to go over it with Bryce and ask him about it in more depth."

It looks like we're in for another wild week of MAFS. 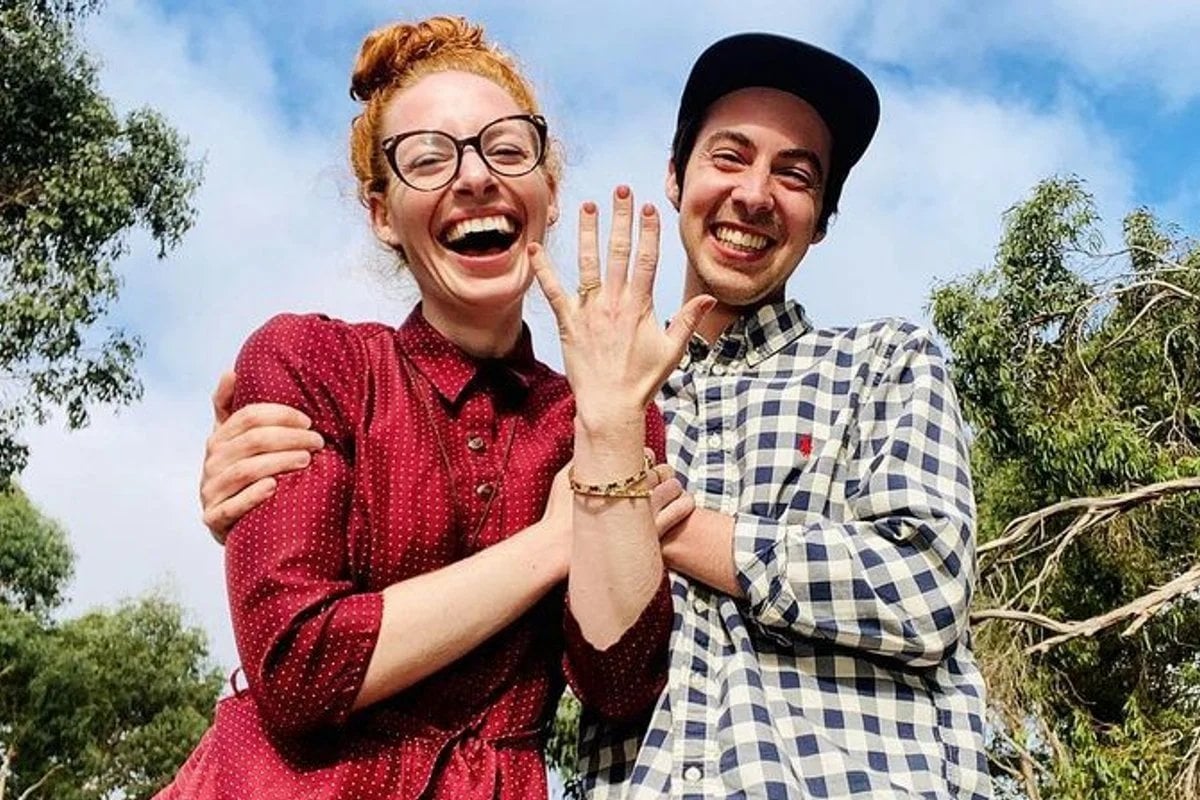 The 31-year-old shared the news on Instagram on Monday night, posting a photo alongside Brian, who often performs guitar and banjo with The Wiggles.

"When life gets more sparkly," she wrote.

Watkins first confirmed her relationship with Brian in an interview with Stellar in December 2019.

"Yes, I'm in love," Watkins told the publication, describing Brian as her "opposite".

"He’s a very calm and thoughtful person and I’ve always been interested in his mind and his take on life, and his morals," she said.

Before dating, Watkins and Brian worked together in The Wiggles for four years.

Prior to her relationship with the musician, the Yellow Wiggle was married to Purple Wiggle Lachlan Gillespie.

Watkins and Gillespie dated in secret for two years before publicly confirming their relationship in 2015, shortly before they got engaged.

After two years of marriage, the couple announced their separation in August 2018.

"We have, and continue to share, the most beautiful life together, but we wanted to let you know that privately for the last six months we have been navigating through a trial separation, and we have made the decision to separate as a couple," Watkins shared on Instagram at the time.

"We have embraced this as a very positive change in our relationship. Our incredible friendship has been strengthened throughout this time and what we have discovered is that, more than ever, first and foremost we love and adore performing as Emma and Lachy in The Wiggles and having the privilege of celebrating this happiness with extraordinary families around the world."