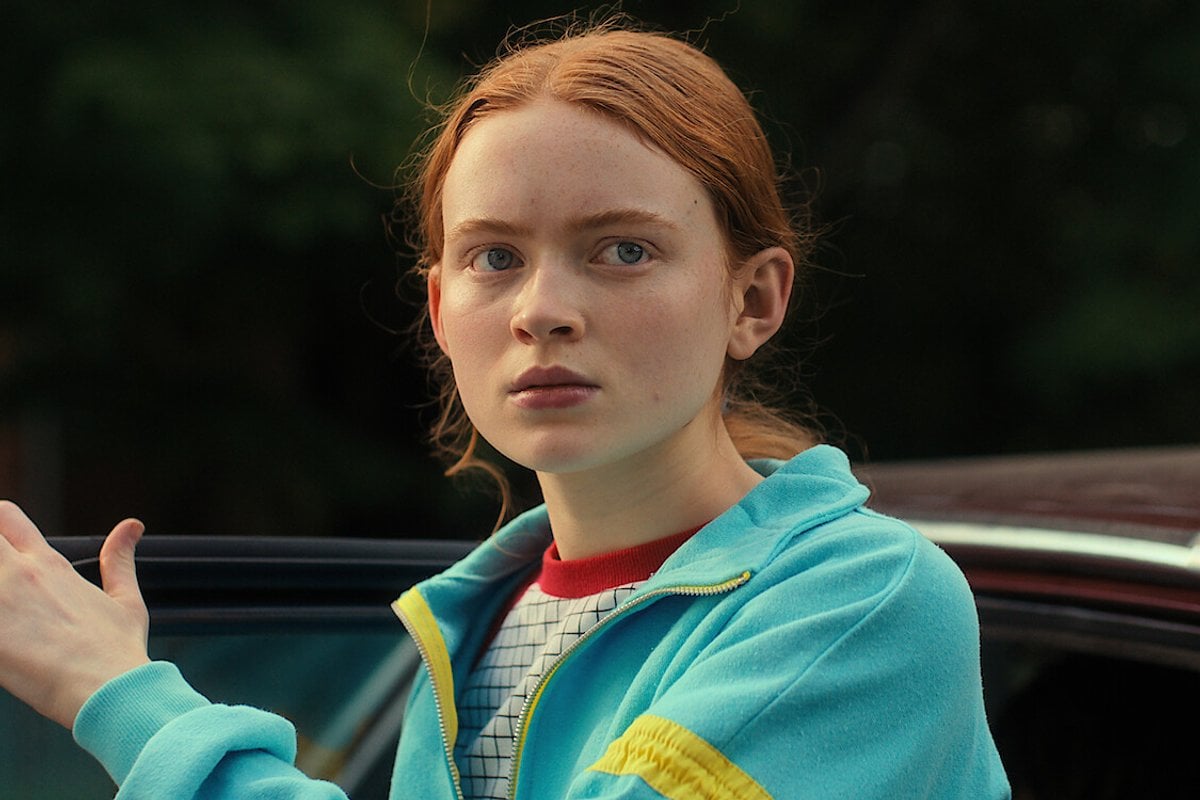 It's rare that a TV series is able to create such a viral moment, or in this case, a question forcing you to think about what music would save you from being gruesomely murdered by a humanoid monster who lives in an alternate dimension.

But then again, Stranger Things is no ordinary show.

Ever since its first season in 2016, the show has become one of Netflix's greatest triumphs. A science-fiction horror series following a group of kids who save the world. There's 80s nostalgia, friendships, horror, fears and Erica, an 11-year-old character with the greatest one-liners on TV right now.

In May, the highly anticipated fourth season arrived three years after the third, set six months after season three's epic finale. The season received rave reviews from critics and fans alike, tracing multiple storylines across California, Russia and the original setting of Hawkins, while also introducing viewers to a new villain, Vecna.

The impact of the series is easy to see.

It became Netflix's third most popular English-language TV season ever in just one week. Currently, Kate Bush's 1985 song 'Running Up That Hill' is being played on top 40 radio stations around the world. It re-entered the Billboard Hot 100 chart at number eight, much higher than its original peak of number 30.

The story of that song stems from the season's fourth episode.

The bulk of that episode is focused on Sadie Sink's character Max, who has learned she is the next in line for Vecna's curse. Just as he is about to kill her, the gang learns she may be able to be saved by music and play her favourite song - 'Running Up That Hill' - through her headphones.

It works, becoming the scene that spawned thousands of reaction tweets, 'Vecna song' memes and, of course, Emmy award whispers for Sink, whose performance stole the show. The episode has been heralded in media headlines as 'perfect' and 'one of the greatest ever'.

Speaking to Mamamia during a recent tour to Australia, Sink said the cast and crew knew they were onto something special.

"We kind of knew when we were filming it, 'Oh, we think this is going to be really cool'," she explained.

"So it's nice to see the final cut. And I honestly wasn't really expecting everyone to react this way. I haven't seen much but from what I have read, people seem to really like that episode in particular, which is fun. And they love Kate Bush!" 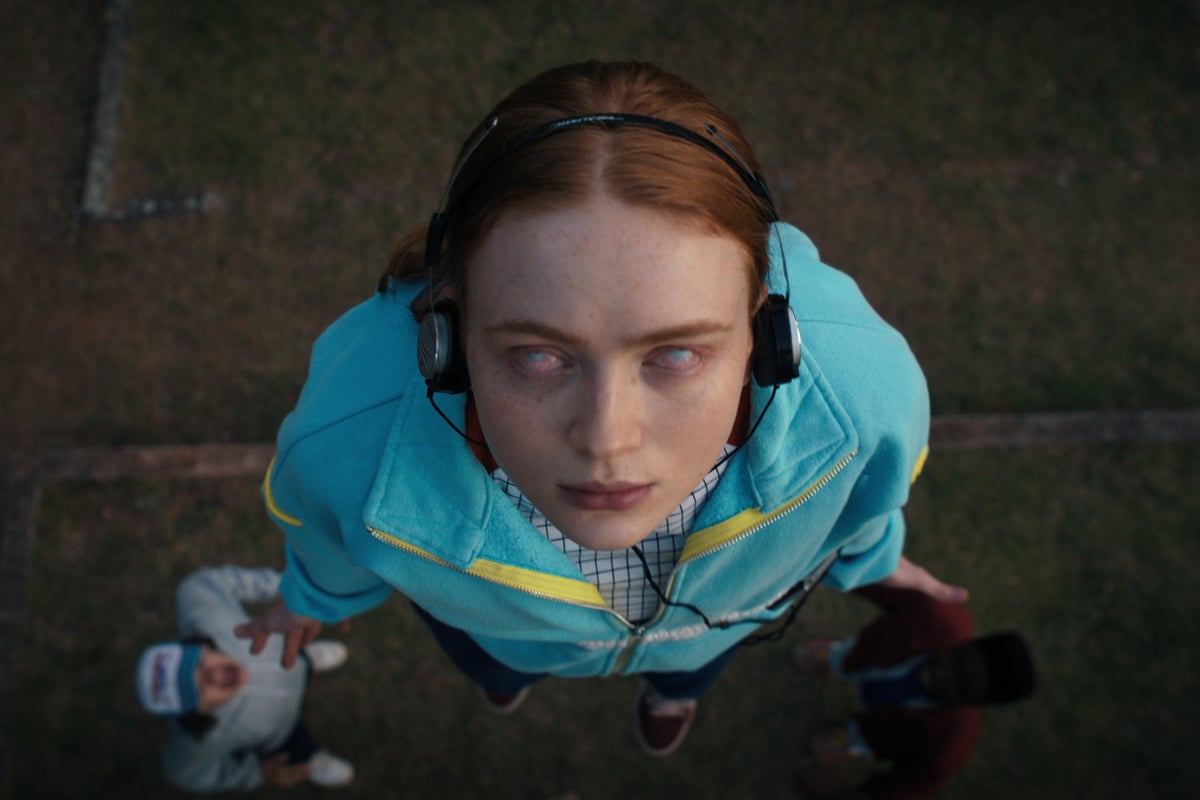 She said working on that episode was "intense", "but it was also some of my favourite scenes that I got to film on the show".

As for her own Vecna song? "august by Taylor Swift" (same).

Stranger Things has been around for six years now, and is known for its huge ensemble cast, who all began as tweens and teens in early seasons.

Sink joined in season two and is well aware of the unique experience they're all having as part of one of the biggest shows in the world.

"It's pretty incredible. I don't think any of us take it for granted," Sink explained.

The youngest member of the cast is Erica Sinclair, played by 15-year-old Priah Ferguson.

Her character has become a fan favourite, beloved for her ability to roast absolutely anybody she comes across. Because of this, Ferguson was promoted from a guest role to a series regular for the third and fourth season.

"When I first joined the show, it was supposed to be a onetime thing, just to introduce Lucas's family," Ferguson told Mamamia.

"But then in season three and four, that's when Erica evolved and people got to see that she is a nerd, and [more of] her personality." 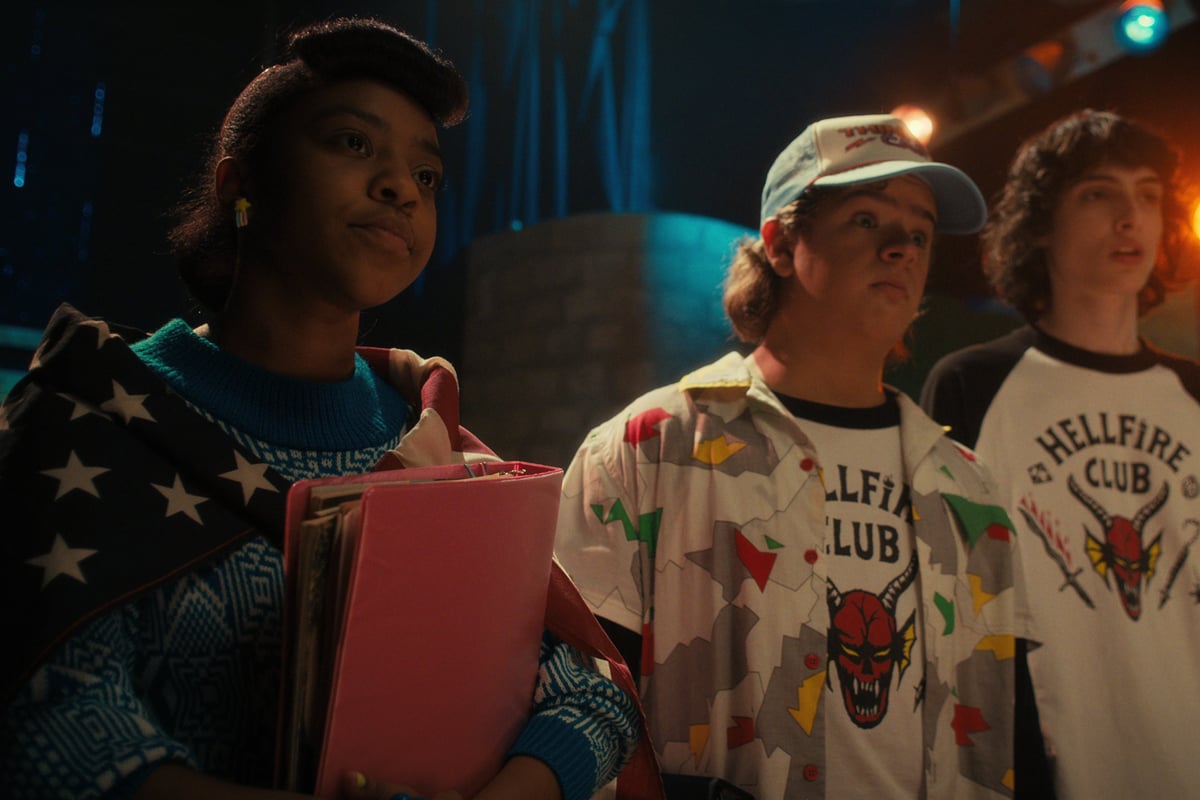 Still just 15, Ferguson has made conscious decisions to try to limit the impact of her fame on her 'normal' adolescence.

"The journey of it all has been great, [but] I try to make sure I have that balanced lifestyle - like, I decided to go to public school, just so that I could have a normal lifestyle a little bit. I like to keep all my acting life and my work life, and my school life and with my friends, very separate to not overwhelm me.

"It's pretty easy, especially because me and Erica, we have differences, so it's easy for me to disconnect a little bit."

Even so, it's hard to ignore all the buzz that comes with a new Stranger Things season.

"I'm definitely aware of the fans raving about it," Ferguson said. "Even my friends, who are fans of the show, will text me like 'such a great season! I can't wait for volume two, so it's surrounding me a little bit, which is pretty cool.

"Even if I'm on TikTok or something, something will come up about Stranger Things 4. I really think this season was a huge accomplishment and I'm really excited for everyone to see volume two because it's just so good." 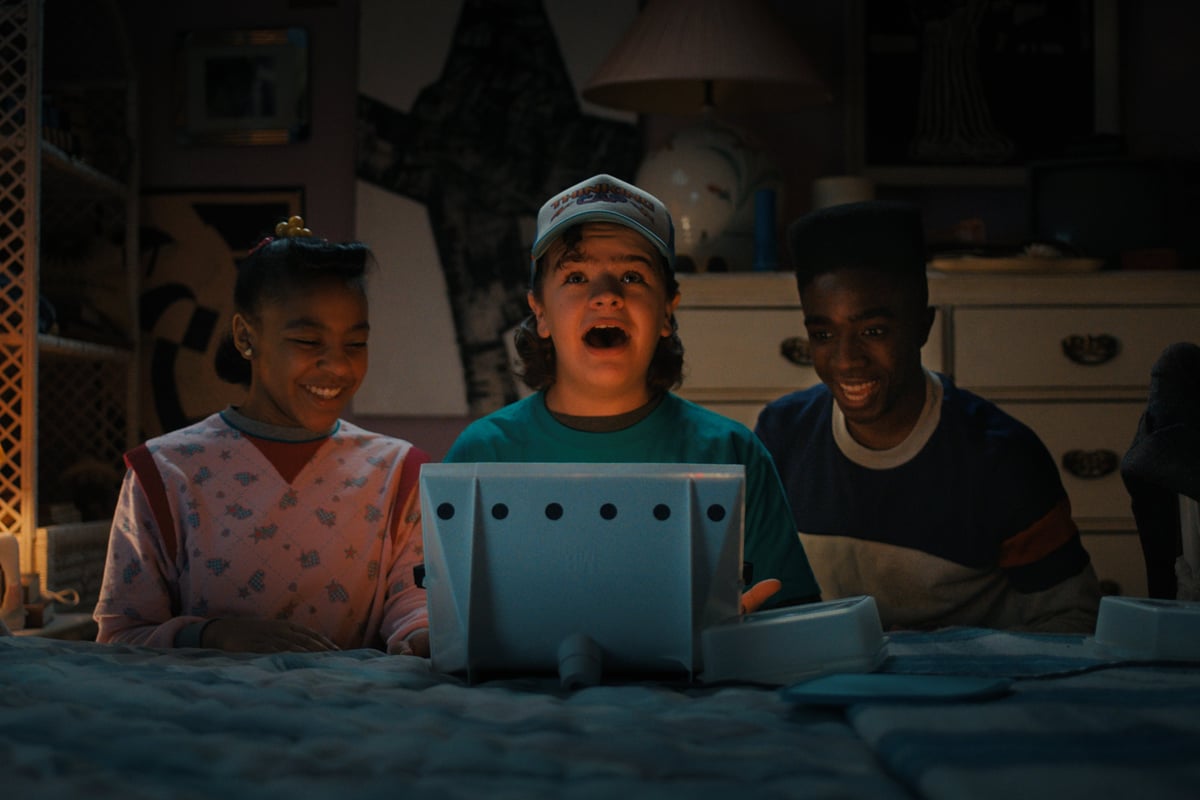 The series has been confirmed for a fifth and final season, but before we can think about that, we still need to see what happens to the group in the final two episodes of season four.

Show creators the Duffer Brothers split the series into two parts, with the final two episodes dropping July 1. The finale - titled 'The Piggyback' - has been confirmed to be two hours, 19 minutes long.

The cast are tightlipped about what to expect, only teasing that it will be worth the weeks-long wait.

"Volume one's so crazy and fun, but it feels incomplete," Sink said.

"There's so many loose ends and I think that's so genius about splitting it up. So while the release of volume one has been so exciting, it's almost like... just wait, guys. Just you wait."

Ferguson concurs: "Volume one, it built the fans up and put them on edge... Volume two is definitely bigger than volume one."

Stranger Things 4: Volume One is streaming on Netflix now.

Reply
Upvote
1 upvotes
I'm ashamed to admit how obsessed I am with this show, my teens and I love it. We're hanging out for the finale but lamenting the fact that we'll have nothing to watch after that! I honestly can't believe how much we've bonded over it which is probably why I love it so much.

Reply
Upvote
@alee that's the problem with being able to stream shows, isn't it? You watch them all in a very short time, then have to wait forever for the next series!
M
mamamia-user-482898552 19 days ago

Reply
Upvote
@rush This is the last ever-season of Stranger Things, though.
A
alee 19 days ago

Reply
Upvote
@rush agreed I think some shows benefit from being released weekly and yet when they are I get frustrated I can't binge them so can't win really!

Reply
Upvote
2 upvotes
I can't wait for the last two episodes, this season has been so good!
S
snorks 20 days ago

Reply
Upvote
1 upvotes
@rush a real return to form. It's a great season.
Maybe a few too many things going on at once, but it seems to be working.