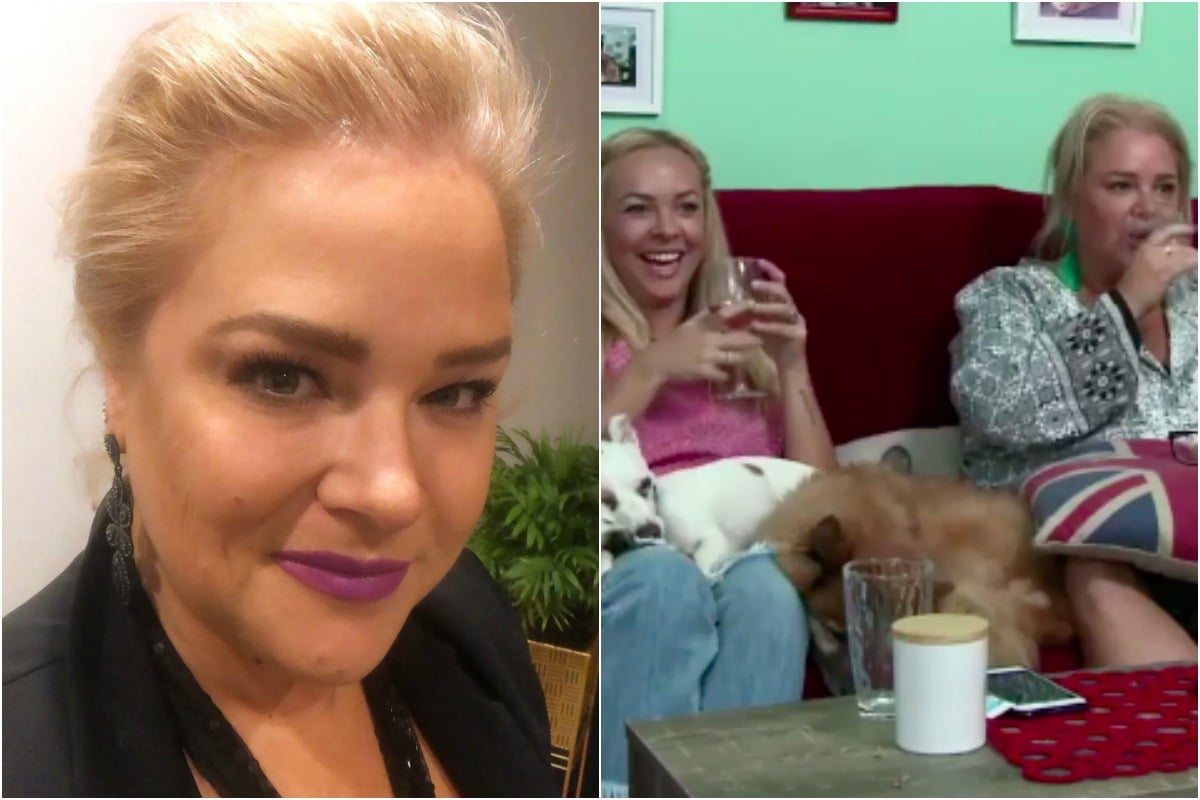 There’s one thing we’re more obsessed with than reality TV, and that’s the behind the scenes/spoilers/lifting of all the lids of said reality TV shows.

Here’s a snippet of Gogglebox’s reaction to the ‘YES’ vote. Post continues after video.

If you haven’t had the pleasure of watching the show yet and you’ve just stumbled across this, WE KNOW it sounds ridiculous. But don’t knock it till you’ve tried it; it’s surprisingly endearing and very addictive.

One of the most popular couplings on the show’s previous seasons were Sydney housemates Yvie Jones and Angie Kent, who have since departed the show.

Angie is preparing to be our next Bachelorette (all the yes to this development), and Yvie was in the last season of I’m a Celeb, and has now done a side-step into radio.

She’s currently filling in for Fifi Box (who’s off on maternity leave) on Fox FM’s Fifi, Fev & Byron show, and oh sweet heavens she’s spilling all of the tea.

We’ll start with the juiciest of insider nuggets: apparently the Goggleboxers are not paid for their time.

“The house gets a location fee and that has to be whoever gets the house gets a fee. Our landlord would get the fee and she would have to forward it to us if she wanted to,” she said.

“This is how bad it was in the beginning, the first season, per day, per house we’d get $250 a day. Unbelievable. Now they get a location fee that is a lot more, but it’s still nothing.”

Please never forget before @angiekent_ was a bachelorette and I was a classy radio lass, we sang songs to dogs that humped pillows. And we were on @goggleboxau !!! And we’re up for another Logie! Go to my bio and vote ya little hearts out. Don’t forget to also vote for @amandarosekeller for gold, and @theprojecttv and @imacelebrityau I’ve touched them all inappropriately.

“Everyone on Gogglebox is doing it for the love. They really do love what they do. There needs to be a union I think. In this kind of TV we’re not employed so we don’t have a union. No one is looking after these people. It’s the same on reality TV shows like MAFS, they get nothing,” Yvie told Fev and Byron.

When announcing that they’d be leaving the show, Yvie told TV Tonight they were “losing money” and so after eight seasons and four years they decided to move on to other things.

So yes, as you’ve probably gathered from the above, all of the houses are the actual homes of the families and couples. No “fake Airbnb” residences here.

Angie and Yvie actually had a third housemate Tom, but the casting agents didn’t want him on the show.

“Tom used to come out and he’d direct us and say ‘action’ and we’d go ‘go to your room Tom’,” said Yvie.

Sometimes they’d watch a whole show or game live – so if it was the football or the cricket that’d be the case. But often they’d watch shows pre-recorded or they’d just be shown snippets and bits of shows that producers wanted comment on.

Even though Foxtel and Ten were the broadcasters of Googlebox, Yvie says they were allowed to say whatever they wanted about shows from their networks.

“That’s why it’s done so well because everyone is really honest,” she explained. “This is not about saying a Channel 7 show is bad and a Channel 10 show is good.”

Nowadays Yvie says getting cast on the show is trickier because “everyone keeps trying to be what they think the show is looking for”.

When she was cast, it was via a Skype audition.

“I had a friend working on The Bachelor producing Blake Garvey’s season and he got the internal email saying there’s a new show coming, do you know anyone you want to put forward before we begin casting,” she recalled.

As for her fellow castmates: “The young boys were overheard having a laugh in a beer garden, Lee and Keith were heard having an argument in a food court,” said Yvie.

Her advice for anyone hoping to try their luck at some Googlebox narration if the gig ever comes up for grabs again?

“You just have to be yourselves,” she told Fev and Byron.

F
Fairwork anybody? 2 years ago

What? So, TV Land can rent a house and pay that, but not pay the people who they’re recording. They can, however, dictate who can and can’t be recorded inside the house. So, Fairwork would be ok with me renting a shop, paying a fee to the shop (for working) and then paying the “not staff” less than the award because “they’re not employees, the shop is”????