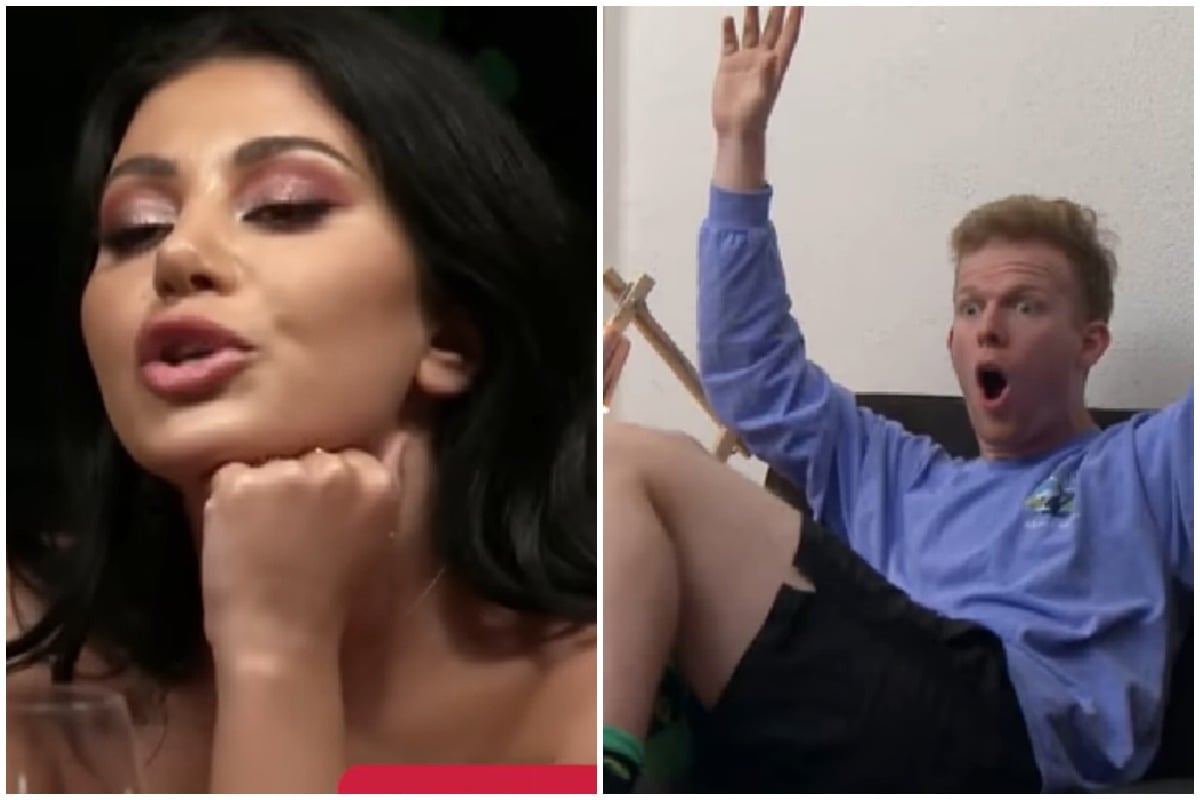 Gogglebox is one of the funniest shows on Australian television and that is a fact.

It is a concept that sounds terrible. But on Thursday night, we watched Gogglebox at its best.

Here were our nine favourite moments.

Things we all say while watching Married at First Sight. Post continues.

The Silbery family is a household divided.

Grandmother Emmie has precisely no idea what a ‘Cyrell’ is. Mum Kerry is appalled. Daughter Isabelle announces, “I’ve thought about it pretty much every morning,” and is salivating over the final dinner party.

When Elizabeth arrives on screen telling us all, “I’m baaack,” Adam, an unlikely but very loyal Married at First Sight viewer doesn’t have time for it.

"She says she's back like people care. You're from the old cheating story line..." he says to housemate Symon, who would rather be banging his cold toes against a coffee table than watching this crap.

"Have a LOOK at what you've caused."

There is a lot of animosity towards the experts from the Gogglebox cast which feels entirely warranted.

When John Aiken pops up on screen to give a piece of useless commentary, dad Matt, who has definitely been pretending for 40 episodes that he can't stand this show, but somehow always finds himself sitting in front of it at 7:30 shushing anyone daring to speak, says, "Have a LOOK at what you've caused."

Everyone's yelling, Ines is a shell of a human, Cyrell is intoxicated and Jess keeps smiling at everyone who wants to hit her.

And Matt is correct. It's all the experts' fault.

Along with the rest of the nation, the Gogglebox cast has fallen in love with darling Cyrell.

Affectionately (?) nicknamed 'Cyclone Cyrell' everyone starts eagerly clapping and licking their lips when she appears on screen.

"EARTHQUAKE CYRELL," Adam declares but no you're all horrifically wrong.

They know she's a natural disaster, but have a little bit forgotten which one exactly.

"Man when Ines is telling you not to do it that's not a good sign."

When Martha prepares to pour her red wine on the unsuspecting head of Cyrell, the Gogglebox cast are largely... encouraging.

But as Ines whispers to Martha that she probably shouldn't, Adam remarks, "man when Ines is telling you not to do it that's not a good sign," which is probably the most accurate piece of wisdom we've ever heard.

The other households, however, think it's a very good idea that Martha does an (aggressive) pour.

"That's a good idea," Kerry, who has been pretending not to watch, mumbles.

"Please get up and do it," Anastasia begs, sitting up in her seat.

A dog who cannot stop humping.

No one has ever loved anything as much as the Gogglebox cast enjoy the violence on Married at First Sight.

He knows something is happening because of the shouting. And he has taken that as a cue to hump and he shan't be stopping anytime soon.

As Jad runs around the house trying to escape his dogs grip, the dog chases him, attaching himself to his leg.

So, it turns out Anastasia doesn't appreciate the part where Mike declares that men cope far better under pressure than women, and that's why they've all gone a bit... batshit.

"It's biology," he confidently concludes.

"What the FUCK," Anastasia says, while Isabelle covers her mouth and comments, "I feel sick."

Listen to our Married at First Sight recap podcast, about the explosive final week. Post continues.

When grandma goes to sleep.

Excuse us, but grandma doesn't like Jess very much.

When she pops up on screen ready to tell everyone what a great dad Dan is even though a) she hasn't seen him in six weeks and b) has never... met his kid, grandma Emmie says, "It's time for me to go to sleep".

She then closes her eyes and immediately falls into a very deep sleep, unperturbed by anything going on around her.

Meanwhile, her granddaughter Isabelle is legit hyperventilating at the excitement of it all.

"DOES IT GET ANY BETTER THAN THIS?" she asks.

No, Isabelle. It doesn't.

"MAFS is over we can now start going out and living normal lives," dad Matt says and dude no one in your house has been as into Married at First Sight as you have.

Isabelle keeps muttering, "that was the best show ever... like the best show..." and it's clear she's having quite severe withdrawals.

"Don't wake her up," her mum Kerry says, gesturing to sleeping grandma.

TV doesn't get any better than that.

You can watch Gogglebox on TenPlay, right here.