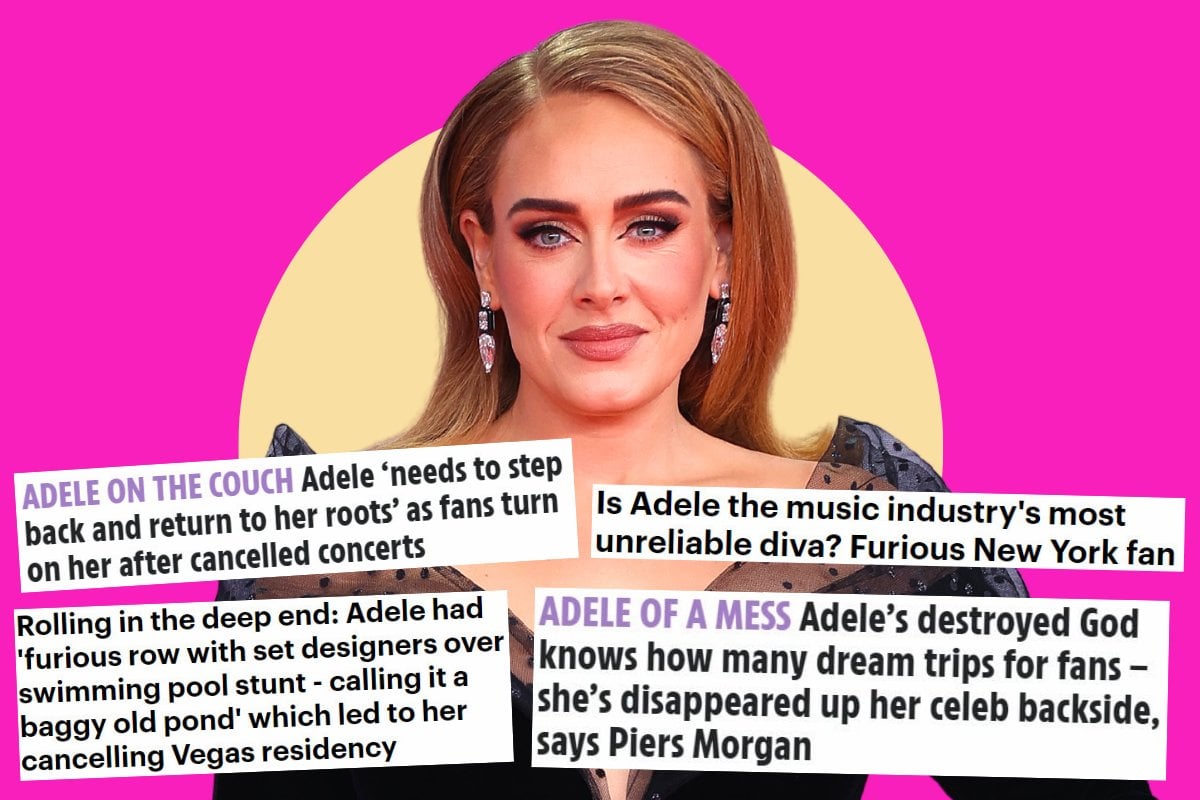 Something odd that I give too much thought to is what, when I'm 60, 'the youth' will consider the most impactful music of my generation. Who will be our Beatles? Madonna? Cher? Bowie?

I realise it's bold of me to assume the world wouldn't have gone up in a giant inferno by then, but can we suspend belief for a moment? The benefit of time is that as it goes on, the very best entertainment rises to the top while everything else gets left behind. I bet the 70s produced some bloody terrible music, but we don't need to remember it because we have Fleetwood Mac and Pink Floyd.

With this in mind, I don't believe the teens of 2052 will be listening to those Maroon 5 songs about memories, or animals, or a payphone. They won't even know what a payphone is. But I think the list of artists whose legacies will make it through the next few decades includes Adele.

Adele is a titan in the music industry no matter what way you look at it: in musical ability, commercial or critical success. With songs like 'Rolling in the Deep' and especially 2015's 'Hello', she became one of the most famous people in the world.

And when that happens, we - as in society as a collective - normally cannot wait to tear them down. For years, Adele subverted that. 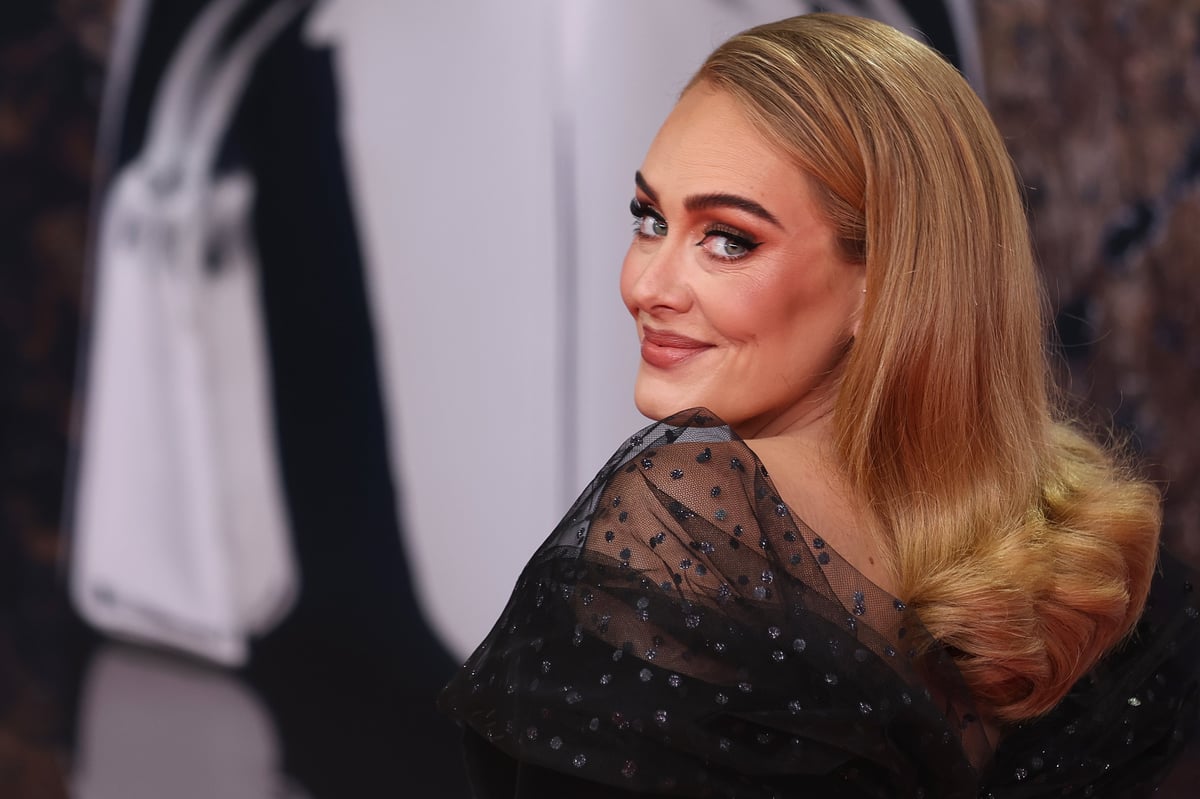 I believe there are a few reasons she was successful at this. Firstly, her music appeals to people across generations. Even at 19, with the release of her debut, Adele's sound was 'mature'. In a world that constantly undermines young women, their interests and their feelings, she could masquerade as older.

She has a self-deprecating sense of humour, which is endearing and disarming, and never leaned into speculation or rumours about her lyrical content. Adele shunned media long before her peers began doing the same, and outside of her lyrics, her private life was private. No one weaponised her songwriting against her. No one made 'don't date Adele, she'll write a song about you' jokes.

I'm sure there are plenty of other arguments, and all of them meant Adele remained the public's favourite, mostly non-controversial popstar for a decade.

There have been blips. In 2020, she wore a Jamaican-flag bikini top and her hair twisted into Bantu knots for London's Notting Hill Carnival, an annual event which celebrates Caribbean culture and interracial tolerance.

An image she shared to Instagram from the day was labelled as cultural appropriation by a number of commenters and writers, mainly due to the fact her hair was styled in Bantu knots, a traditional Zulu hairstyle with a history that dates back hundreds of years.

But a year later, Adele announced her fourth album 30, six years after her previous, 25, and the excitement took over both traditional and social media. After a six-year hiatus, her stardom and reputation remained. 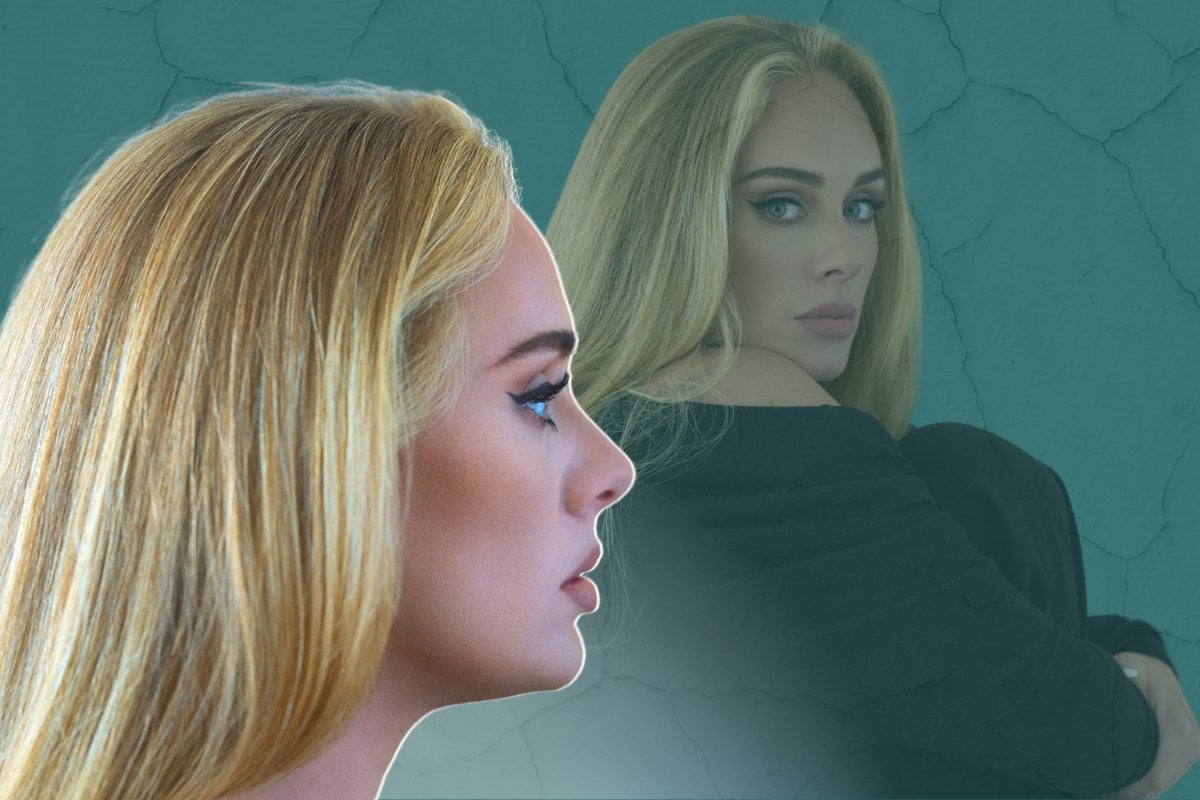 The rest of the rollout happened as expected: with critical acclaim, number one spots and a succession of records broken. Typical Adele.

Then, she announced a Las Vegas residency from January until April 2022, instead of a traditional tour. It made sense: Vegas is close to her home in LA, where she lives with her son and co-parents with her ex-husband Simon Konecki. But on January 20, the day before the first show was scheduled, Adele announced the postponement of the entire residency, citing "delivery delays" and COVID infections as reasons the show wasn't ready.

Due to the short notice, many fans had already arrived in Vegas for the opening weekend - having spent substantial amounts of money on tickets, flights and accommodation. Adele was criticised for such a last-minute announcement, and attempted to make good with fans by offering them free merchandise, telling them she would plan personal meet-and-greets and FaceTiming them directly.

This postponement should be fairly standard industry news - especially in the context of the pandemic, where more artists than not have been forced to cancel performances. It has logistical and financial implications for venues and fans who have found themselves out of pocket, and they should be entitled to their money back, but beyond that, this is not an earth-shattering, 'cancel' worthy or morally questionable 'drama'.

Yet, there is a weird feeling of glee in the reporting of this news, and it quickly became a much bigger story than it really deserved.

It is now a much more prolific story than those 2020 cultural appropriation claims, though that was a much more worthy discussion. I can only speculate, but my feelings are that this is down to the structural and political leanings of these tabloids - particularly the British ones. A business-related drama is much 'tidier', less hypocritical angle for these businesses to push.

And push they have.

For weeks, tabloids - both in the US and the UK - have run headlines like 'Adele's furious rant over swimming pool', 'Is Adele the music industry's most unreliable diva?' and 'Adele 'needs to step back and return to her roots'.' Even Piers Morgan came through with the most Piers Morgan take of all time: 'Adele's destroyed God knows how many dream trips for fans – she's disappeared up her celeb backside'.

You know the tables have well and truly turned on someone when Piers stops writing about Meghan Markle long enough to offer a bad take about a different famous woman.

For weeks, the tabloids published daily stories featuring 'anonymous sources' and 'insiders'. They've questioned if alleged problems with the sets or production were because 'DIVA ADELE' was being difficult and framed an unverified disagreement between Adele and her set designer as an 'explosive fight'. At least we've moved past the word 'catfight'?

Next came the inevitable 'the REAL reason Adele postponed her residency is because her relationship is on the rocks' takes, which speculated that Adele was CRYING and TAKING PHONE CALLS during rehearsals because of issues with her partner, sports agent Rich Paul.

Adele subtlely called bullsh*t on that one with an Instagram caption confirming she would perform at the BRIT Awards on February 8, signing off "Oh, and Rich sends his love", which only led to other negative angles: 'Fans turn on Adele over tone-deaf post'.

I scrolled through the comments on Adele's post, and it's bold to claim 'fans turned on her' from a tiny proportion of negative comments, but that is tabloid MO.

Jameela Jamil explained it perfectly in 2020: "Discredit is the new death. When a woman steps up and speaks out, she's taken out of context, compulsively over exposed, her tone is exaggerated by media to look hysterical and violent, her integrity is questioned and society tries to slander her into silence. Every single time."

First comes the fame, then the scrutiny. Every little outing and every little Instagram activity is reported on in intense detail - bonus points if it can be linked to their looks and love lives!

Then, because these people are human, comes an indiscretion. Or maybe there's not even an indiscretion at all, but the perception of one. And that's when they strike.

More headlines. More clicks. More readers who come away believing that Adele is a 'diva' because they read an article where absolutely nothing was verified. Never mind that 'diva' is actually just a negative framing of hard work, confidence and a desire to put on a good show. 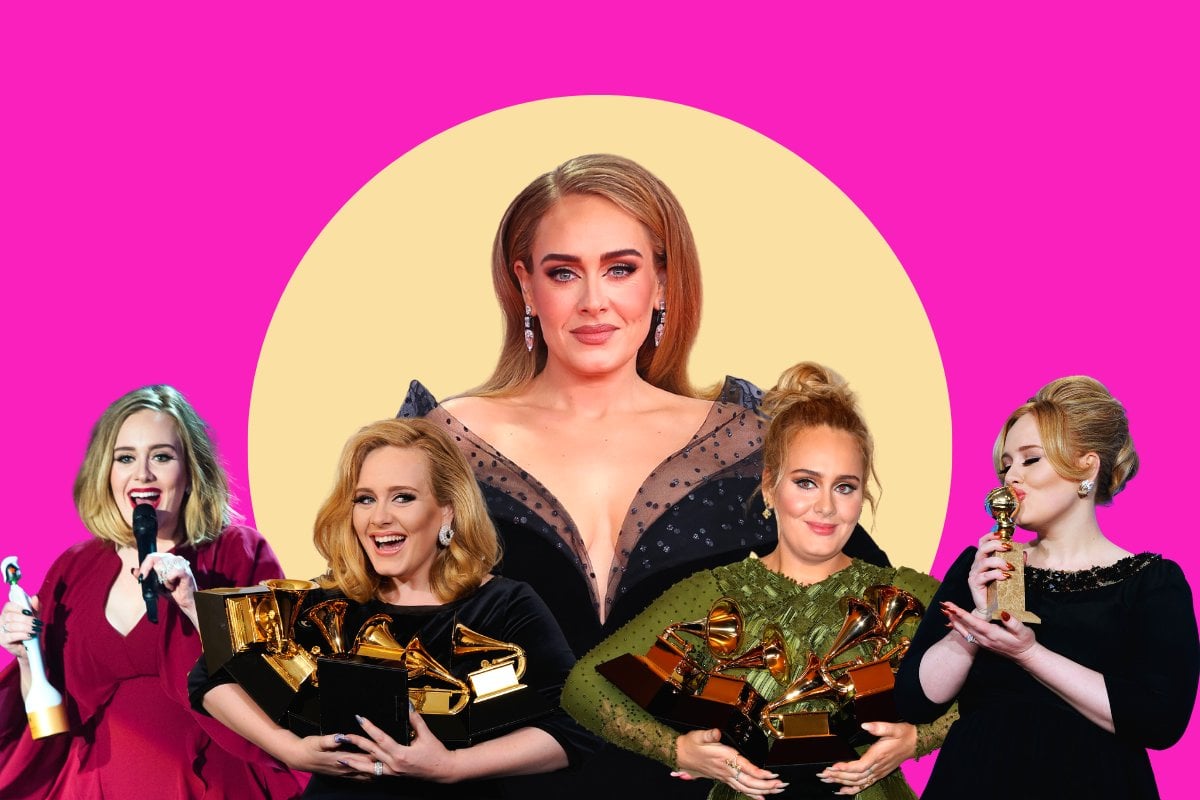 Things become so twisted that every single move these women make is seen as 'wrong'.

I mean, the Daily Mail once ran a front page about the link between avocados and human rights abuses, but not because of any moral stance. No. The headline was: 'Is Meghan's favourite snack fuelling drought and murders?'

In the grand scheme of life, Adele will be fine. This will probably become another teeny blip in an otherwise spectacular run. To borrow a phrase from her fellow record-smashing popstar, she's in her reputation era - and Taylor came out of that with a career even stronger than before.

But it indicates a culture that still has not changed. Sure, media are no longer hounding young women about their virginity, à la Britney Spears, but the problem has just become more insidious and crafty.

There is nothing that garners clicks quite like building up a woman, putting her on a pedestal and then knocking it over.

And they've finally toppled the highest pedestal of all.

Reply
Upvote
1 upvotes
I think the distinction that this and similar articles fails to acknowledge is that poor behaviour by women tends to get noticed and criticised much more frequently than that of men. However, that phenomenon does not not condone said bad behaviour, nor give a reason to defend or ignore it. Rather, you should be campaigning for men to be called out more often, rather than asking us assume female celebrities are above reproach.
M
mamamia-user-556745246 5 months ago