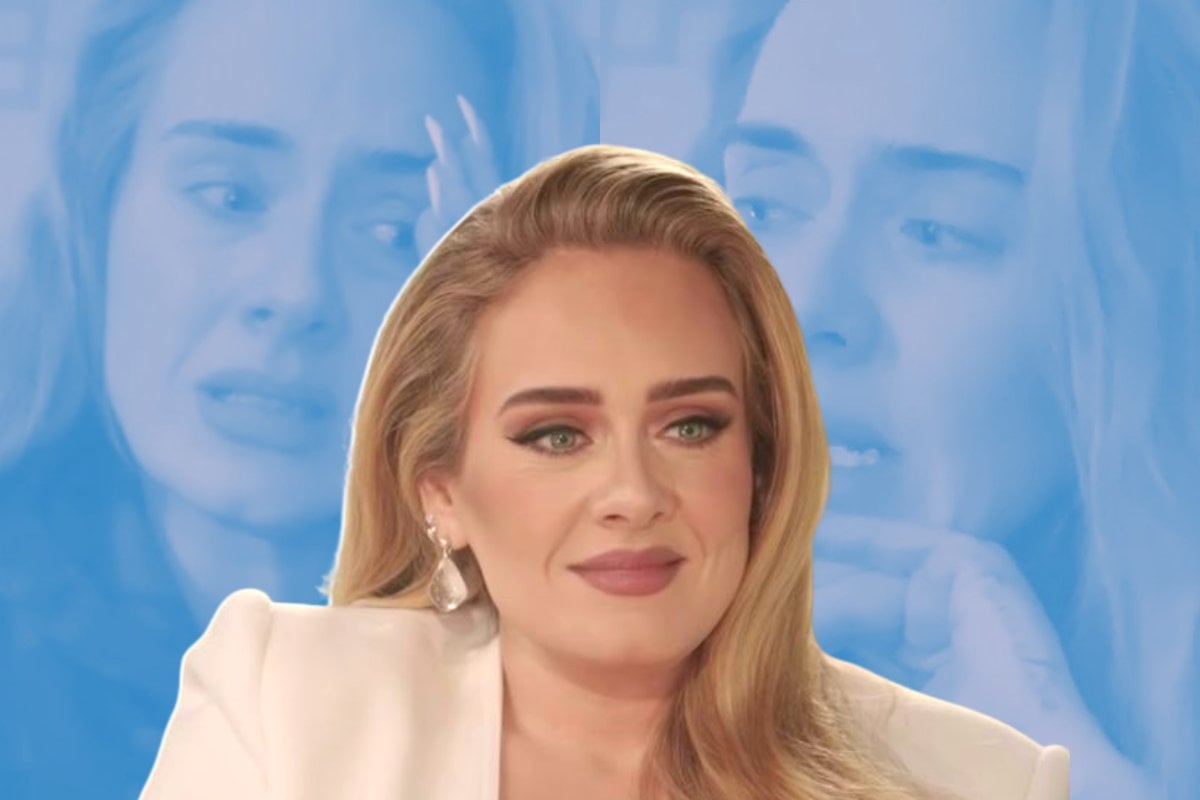 It was only November when it felt like Adele was back where she belonged: in our headphones, and also on top of the world.

The star emerged from her notoriously private life to release her fourth studio album 30, her first since 2015. It received widespread critical success, went to number one around the world and broke records. The music industry looks completely different now than it did in 2015, but Adele still came and slayed.

Now, that classic Adele success feels almost as long ago as the mid-decade release of 25.

That positivity has been extinguished in recent weeks, and replaced with a sea of negative headlines.

After 30's release, Adele scheduled a Las Vegas concert residency at the Colosseum at Caesars Palace to run from January 21 until April 16.

On January 20, a day before the first show, Adele tearfully announced the residency's postponement, citing "delivery delays" and COVID infections as reasons the show wasn't ready.

"I am so sorry and embarrassed, and so sorry to everyone who has traveled," she said.

"I will finish and get it where it is supposed to be, I am so sorry, it's been impossible. We are up against so much."

Due to the short notice, many fans had already arrived in Vegas - having spent substantial amounts of money on tickets, flights and accommodation. Adele was criticised for such a last-minute announcement, and attempted to make good with fans by offering them free merchandise, telling them she would plan personal meet-and-greets and FaceTiming them directly.

But the story quickly became murkier, with leaks and rumours making a fairly straightforward postponement much more complicated.

Stage design, sound systems and a lot of speculation.

Among the stories were reports from 'hotel insiders' that Adele clashed with production designer Esmeralda Devlin, whom she previously worked on her 2016 world tour. They claimed Adele was unhappy with production elements including the 60-person choir she planned to sing 'Skyfall' with and an on-stage pool.

How does Rich Paul fit into this?

Soon, the narrative shifted to its next stage: 'relationship issues'.

Further speculation suggested that the reason for the postponement (and her alleged 'behaviour') was because Adele was having problems with her boyfriend, sports agent Rich Paul.

The Daily Mail reported she was "crying through rehearsals and interrupting them to take phone calls with Paul", and The Sun reported the couple were struggling to find time for each other.

It in perfectly subtle takedown, Adele rejected this in an Instagram post confirming she would perform at the BRIT Awards on February 8, signing off "Oh, and Rich sends his love".

While this is officially a postponement of shows (although no new dates are announced yet), tabloids have also begun speculating if the audiences will ever see the show.

Page Six claimed to have seen photos that show all preparations for the production have ended and the sets - including a "flying platform" - have been removed from the theatre.

Vegas-based journalist Scott Roeben, who has been keeping busy offering quotes to the Daily Mail et al., also tweeted: "Industry source believes Adele's residency is done at Caesars Palace, as all preparations for the production have stopped, the sets have been loaded out and there’s no activity related to addressing concerns that presumably led to the cancellation.

"The sound system Adele and her team insisted upon is being taken out, the original equipment is being re-installed. Source believes Adele may be picked up by Park MGM (Dolby Live) or Resorts World, but doesn't think she'll return to Caesars Palace. A costly debacle."

The sound system Adele and her team insisted upon is being taken out, the original equipment is being re-installed. Source believes Adele may be picked up by Park MGM (Dolby Live) or Resorts World, but doesn't think she'll return to Caesars Palace. A costly debacle. (2/2)

So far, Adele has offered no further information on the future of her show.

The turning of the tide.

Unsurprisingly, this has all culminated in Adele facing backlash and being labelled a 'diva'. Even after Beyonce reclaimed the word ("a diva is a female version of a hustler", after all), it's still a gendered term loaded with negative connotations.

Adele is known as a perfectionist, which is a less inflammatory word, but it should be noted that none of the claims above are confirmed. They are attributed to 'insiders' and anonymous sources, so cannot be verified.

Another issue for Adele is that because the shows are postponed rather than cancelled, many fans are stuck in a limbo and cannot get refunds, which has further turned people off the singer.

When she's not on stage, Adele leads a pretty quiet life and rarely engages with media or speculation.

Her next appearance will be at the BRIT Awards in London later in February, and given the virality of this (and the fact that she's performing), many will be hoping for an update from her then.

Reply
Upvote
If we like our stars to be real people, vulnerabilities and all, then we’ll need to accept this type of thing. I was nearly 50 before I discovered perfectionism is thoroughly burdensome on everyone in my life especially me. I now revel in ordinary, good enough, and I actually think I get outcomes with this approach.
N
nessie 4 months ago