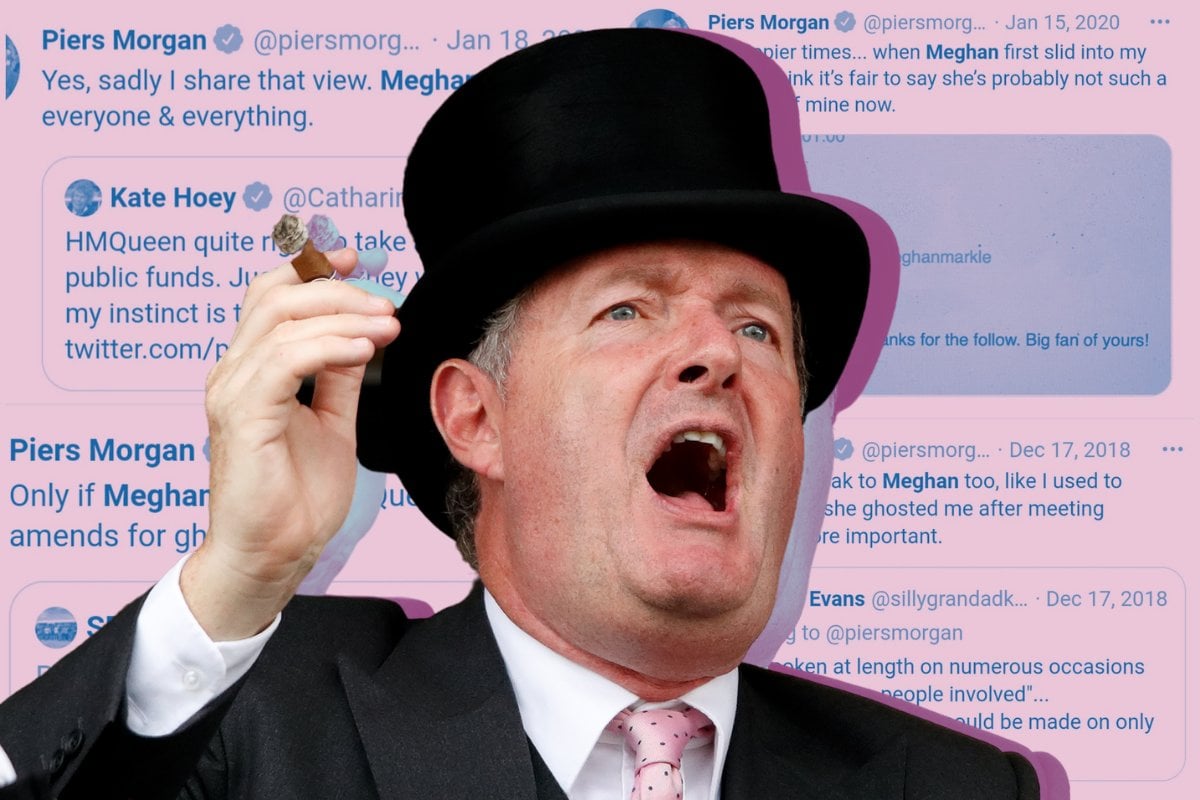 About six years ago, I found myself having an increasingly tedious conversation with a man I did not know personally, but had spoken to briefly on a dating app.

Our discussion came to a natural end, so I didn't reply. He persisted, asking another bland question. I told him I didn't feel a connection (along with several 'sorrys' and 'but I'm sure you're lovelys', because I am a woman, and we are conditioned to protect a man's ego at all costs, for his preservation, but also for our safety).

God, what a cliche.

Watch: Piers Morgan storms out of the Good Morning Britain studio after being challenged by a colleague. Post continues below video.

Right now, we're seeing what happens when a man with a gigantic profile has his ego hurt by a woman's rejection.

In 2016, Piers Morgan and Meghan Markle met for a drink in London. It was the first time they'd met, having previously only communicated online after Morgan followed a bunch of Suits stars on Twitter, and Markle thanked him in a DM.

"We had two hours in the pub, she had a couple of dirty martinis and pints - we got on brilliantly," he explained on an Irish talk show.

On this night, in 2017, Morgan said he thought Markle was a bit of a social climber. That narrative only got worse as time went on, as Markle became more famous, and as his rants garnered more and more clicks. 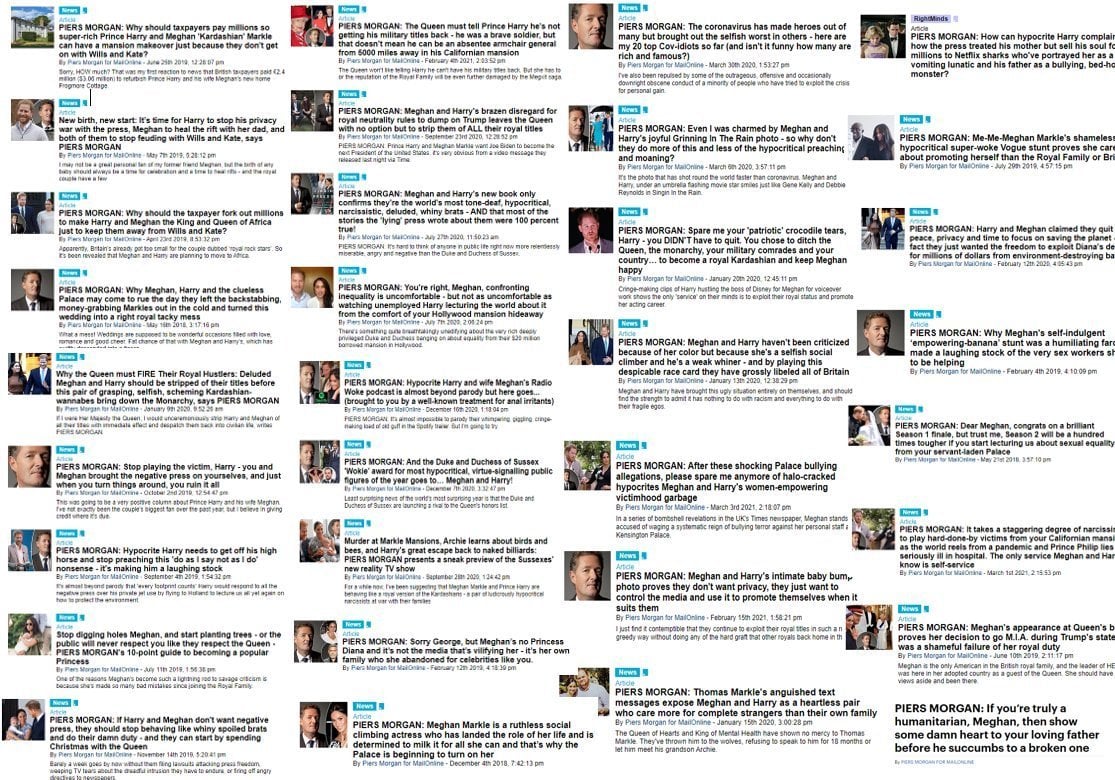 This is not a normal response to someone - especially someone you've only met once - not answering your calls.

Morgan has a column in the Daily Mail, one of the widest circulated papers in the UK. Its website reaches more than 200 million people a month. Then there's his (now former) TV gig, on Good Morning Britain, which also reaches millions of people a day.

His platform is enormous, and he has used it to criticise and harass a woman who rejected him. His rantings have been published and aired for four years now.

We know his personal vendetta against Markle is entirely because of this rejection, he's practically said so himself many times: 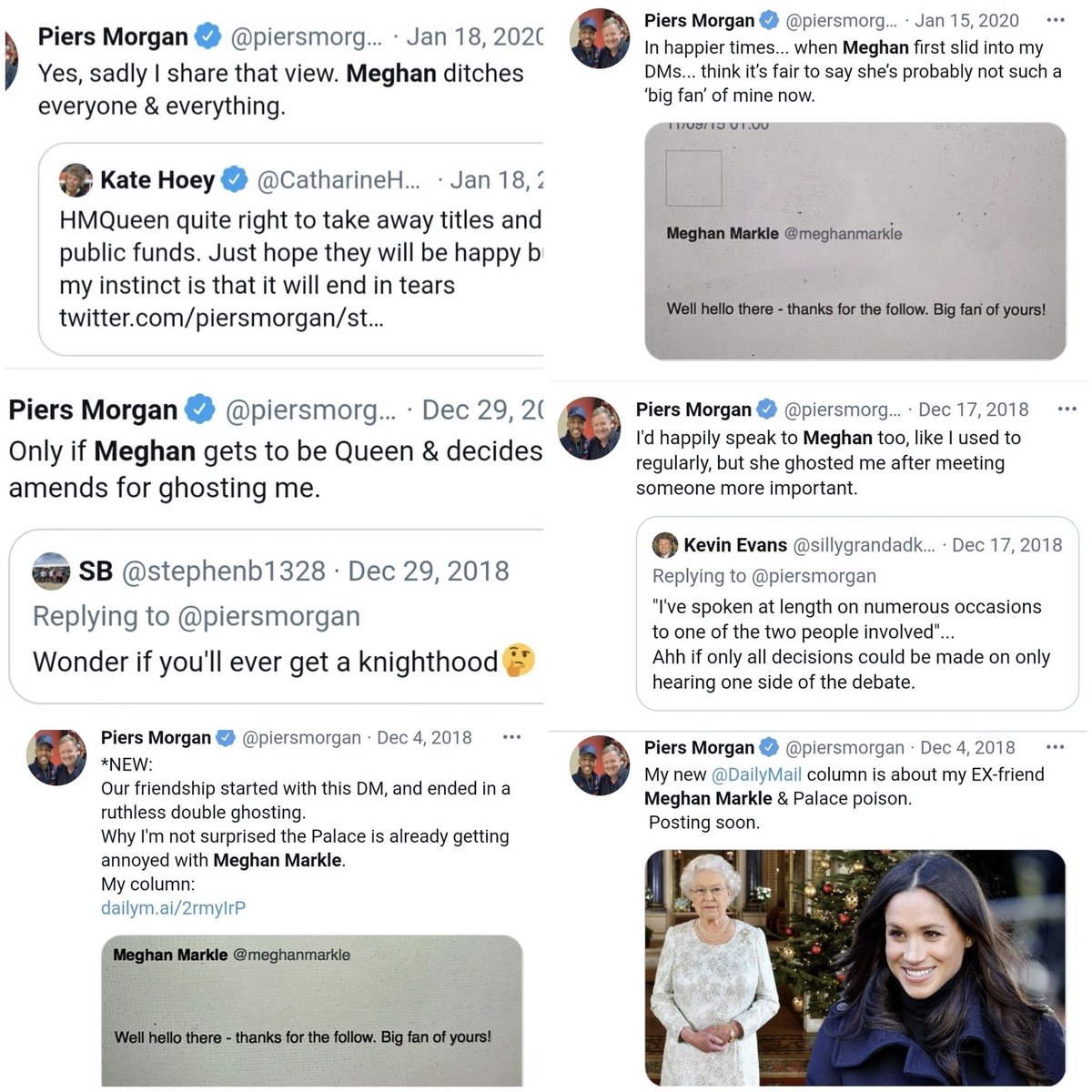 Men lashing out or getting aggressive after rejection is a common experience shared by many women. I asked for an informal show of hands among my colleagues who date men, and most of them raised their hands.

The internet returns a lot of results about why. There are studies, opinion pieces and analysis, but a Psychology Today article from Dr Suzanne Degges-White perhaps lays it out in the simplest of terms:

"Males tend to take rejection as a challenge to their masculinity or an insult to their perceived place in the social hierarchy."

The patriarchy teaches men they're important right from the word go, resulting in a feeling of entitlement. Women should like them, should find them interesting and want to be friends - or more - with them.

They're taught to protect their 'masculinity', and rejection threatens that.

This can, and does, lead to abuse, threats and violence.

In the case of Morgan, it leads to being harassed in a regular column with lots of rude nicknames and capital letters, and being scoffed at on live TV. 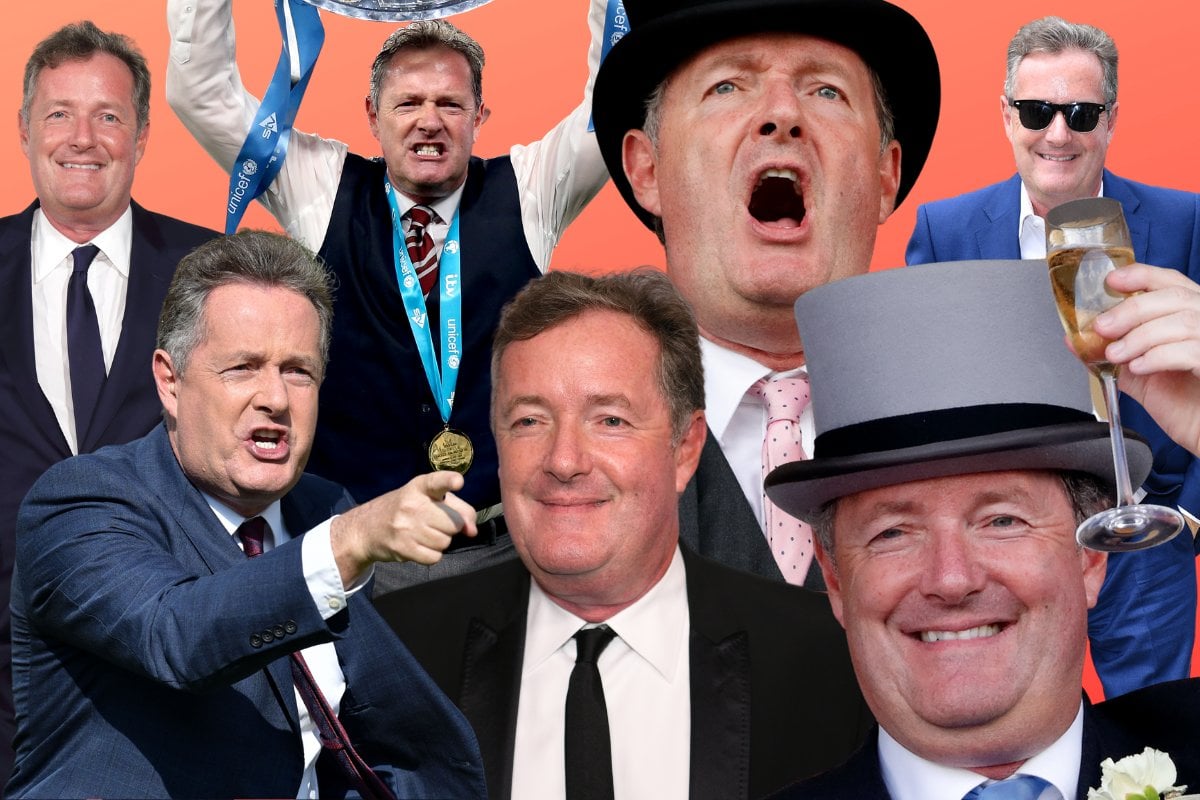 A 55-year-old man has spent the past four years trying to discredit Markle for his own self-preservation.

This unhealthy obsession has now cost him his job, after he left Good Morning Britain following days of long-winded rants (or to use his own terms, 'whine-athons') about Markle's comments to Oprah.

Still, he's digging in his heels.

On Monday, I said I didn’t believe Meghan Markle in her Oprah interview. I’ve had time to reflect on this opinion, and I still don’t. If you did, OK. Freedom of speech is a hill I’m happy to die on. Thanks for all the love, and hate. I’m off to spend more time with my opinions. pic.twitter.com/bv6zpz4Roe

Because there's absolutely no way Piers Morgan could be the problem.

Reply
Upvote
Oh yes the old "Freedom of speech " defence.  Having freedom of speech does not give someone the right to go on a 4 year vendetta to muddy someone's name and criticise every move they make.  What a stupid silly man, worse than a baby. Glad we can stop hearing about him, sick of the mere mention of his name
T
talezassian a year ago

Reply
Upvote
3 upvotes
Piers Morgan is one of a select group of people whom I automatically assume are arguing in bad faith and stop reading immediately. The others are Andrew Bolt, Miranda Devine, Piers Akerman, and pretty much all of Fox News unless they've demonstrated otherwise (ie. Chris Wallace). Rupert Murdoch has given these people a platform for their bile and encouraged it and I wish governments would do more to make them accountable for the rubbish they produce. There was a reason for restrictions on media ownership, and we've seen what doing away with those restrictions has resulted in.
M
michael a year ago