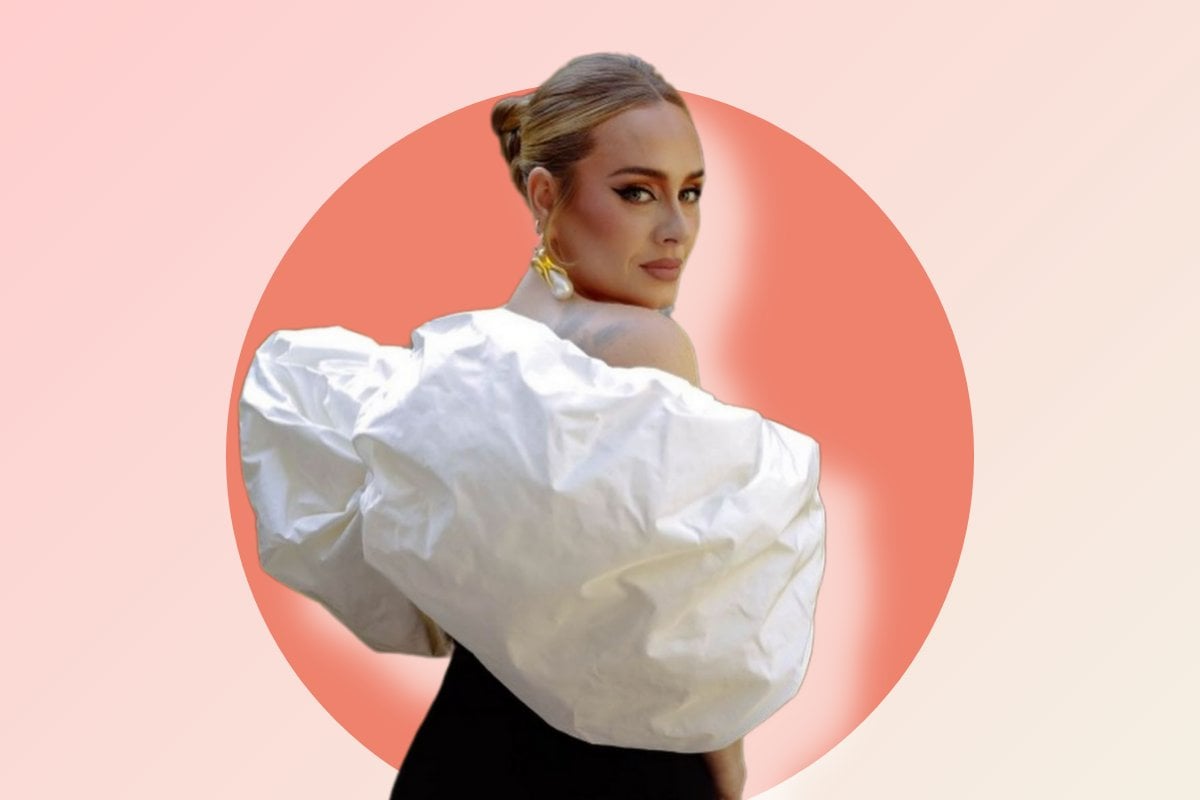 On Monday, Adele performed some of her greatest hits and three new songs from 30 at an exclusive concert called One Night Only.

But what particularly made headlines this week was her sit down tell-all with Oprah Winfrey, talking about the album, the reaction to her weight loss, and life after divorce.

With Adele's much anticipated fourth album 30 set to be released on November 19, let's look back at Adele's rise to fame, the men that have influenced her albums and her new relationship with sporting agent Rich Paul.

Watch the trailer for Adele's One Night Only. Post continues below.

Adele's relationship with her father.

Her mother had fallen pregnant at the age of 19 after meeting her dad the year before in a North London pub.

Adele’s father moved to Wales, took up drinking, and didn’t participate in her childhood at all. In fact, Adele said in 2017: “I didn’t know what a dad was supposed to do because I never had one.”

Adele revealed she and her father reconciled over the past three years. Before his death in May this year, she played him her new album.

"We forgave each other. ... We found our peace together, and then I played the album to him on Zoom," she said.

Recalling their listening session she told Winfrey: "His favourites were all of my favourites, which I thought was amazing."

She described spending time with her father before his death as "very, very healing," adding that "when he died, it literally was like the wound closed up".

Adele loved music from the moment she could talk, and by age four, she was singing all the Spice Girls songs.

Her mother, Penny Adkins, worked three jobs so she could afford to send her daughter to music classes.

By the time she was 14, Adele had been accepted into the BRIT School for Performing Arts and Technology.

When she was 18, a record label came across some of her demos on MySpace and signed her.

Her first album 19 came out shortly afterwards and an appearance on Saturday Night Live singing ‘Chasing Pavements’ and ‘Cold Shoulder’ in 2008 catapulted her into global stardom. The SNL episode not only became the highest-rating episode in 14 years, the day after her debut album soared on the US charts. She went on to win a Grammy Award for Best New Artist that year and sold more than seven million copies of 19 worldwide.

The men behind Adele's albums.

At the time of creating her album 19, Adele was dating a man who had been nicknamed “Mr 19”. Her album spoke of how she fell in love with him and then broke up with him after witnessing him “making a pass” at one of her male friends, reported The Sun.

His identity was never revealed, but he apparently demanded royalties for the songs that were about him.

Adele's second album, 21, was inspired by photographer Alex Sturrock who she dated for a year in 2008, reports Heat Magazine. The album sold 17 million copies worldwide and stayed on the top of the charts longer than any album had in 20 years.

According to The Mirror, Adele discovered Alex was engaged and a few months after their split, which is when she wrote the smash hit 'Someone Like You'.

In 2011, Adele suffered a devastating blow at the height of her career. She damaged her vocal cords while singing live on a French radio show. She had to cancel her tour and undergo surgery.

However, she came back stronger than ever and won all six of her nominations at the 2012 Grammy Awards.

"Since this is a vocal award, I want to thank my doctors, they brought my voice back," she told the audience that night.

In 2011, Adele met charity entrepreneur Simon Konecki and in October 2012 they had a son, Angelo, when the singer was 24.

The couple kept their relationship very private, even suing a UK-based photo agency for publishing paparazzi images of their son when he was one years old.

Adele suffered from postnatal depression after the birth of her son, telling Vanity Fair it made her feel like she'd made the "worst decision of her life."

"My knowledge of postpartum – or postnatal, as well call it in England – is that you don’t want to be with your child; you’re worried you might hurt your child, you’re worried you weren’t doing a good job. But I was obsessed with my child. I felt very inadequate, I felt like I’d made the worst decision of my life… it can come in many different forms," she told the publication.

In 2015, Adele released her third album 25 at the age of 27, telling her fans: “25 is about getting to know who I’ve become without realising, and I’m sorry it took so long but, you know, life happened."

Her single 'Hello' debuted at number one in countries all over the world, and once again brought Adele global success.

Adele and Simon wed in a secret ceremony in 2016, with their marriage only officially confirmed with brief mentions of her "husband" during her 2017 Grammy acceptance speech. In the same year, she told an Australian crowd: "I'm married now."

In 2016, Adele opened up to 60 Minutes Australia about her family, saying: “It’s only because of [Simon] and because of our kid and stuff that I’m all right.”

"There was quite a long time when I didn't believe in myself. I'd lost my confidence and I couldn't find myself for a while because I was just a mum," she added.

In 2017, after more vocal cord damage forced her to cancel shows, Adele announced she was taking a break. She became a full-time mum, and also spent time lobbying for the victims of the Grenfell Tower blaze - lending her voice to a charity aiding survivors of the disaster.

After eight years together, Adele and Simon announced their divorce in April 2019.

"They are committed to raising their son together lovingly. As always, they ask for privacy. There will be no further comment," a statement read.

Reflecting with Oprah on her relationship with Konecki, she credited her ex-husband with preventing her from going down a dangerous path of self-destruction.

"I could have easily have gone down some dodgy paths ... and sort of self-destructed from sort of being so overwhelmed by all of it, and he came in, and he was stable, the most stable person I have ever had in my life up until that point."

The couple still live opposite each other in Los Angeles and continue to co-parent nine-year-old Angelo.

The star went on to reveal that despite going their separate ways, she still trusts Konecki with her life. "I feel like him and Angelo were angels sent to me, that's how I feel," she added.

Adele's relationship with her body.

Adele previously shared a photo to Instagram on her 32nd birthday, which she celebrated amidst the coronavirus pandemic.

But the response to Adele's birthday's post was more focused on her weight loss, rather than her message of thanks to the world's first responders during this health crisis.

Thank you for the birthday love. I hope you’re all staying safe and sane during this crazy time. I’d like to thank all of our first responders and essential workers who are keeping us safe while risking their lives! You are truly our angels ♥️ 2020 okay bye thanks x

"It was because of my anxiety. Working out, I would just feel better. It was never about losing weight, it was always about becoming strong and giving myself as much time every day without my phone," Adele explained to British Vogue.

"I got quite addicted to it. I work out two or three times a day.

"So I do my weights in the morning, then I normally hike or I box in the afternoon, and then I go and do my cardio at night. I was basically unemployed when I was doing it. And I do it with trainers."

"It could have been knitting, but it wasn't. People are shocked because I didn't share my 'journey'. They’re used to people documenting everything on Instagram, and most people in my position would get a big deal with a diet brand. I couldn't give a flying f**k. I did it for myself and not anyone else. So why would I ever share it? I don't find it fascinating. It's my body."

Listen to Mamamia Out Loud: Adele is ready to talk about her body. Post continues after audio.

Adele said 100 per cent of the articles that came out claiming she'd followed specific diets or worked out with specific trainers were fake.

"No intermittent fasting. Nothing. If anything I eat more than I used to because I work out so hard. And also, that whole thing of like, 'Gets Revenge Body'... Oh my god. Suck my d*ck!"

She told Vogue the speculation hurt.

"My body’s been objectified my entire career. It's not just now. I understand why it's a shock. I understand why some women especially were hurt. Visually I represented a lot of women. But I'm still the same person.

Adele's son Angelo is now nine, and according to PEOPLE, Adele decided to cut down on drinking and take up pilates, to become the "healthiest mum possible".

After a rough 2019 thanks to her divorce, a source told The Sun, that now Adele was enjoying a "new lease on life".

In her interview with Oprah, Adele said she struggled to explain to Angelo that she was no longer in love with his father.

"There were so many answers I couldn't give him because there aren't any."

The new album 30 is dedicated to her son, and is her way of showing him "who I am".

"The whole album is not about him, it's about me - and I just wanted for him to hear me talking madly deeply about who I am and how I feel. I don't know if I'll ever be able to have that conversation with him in real life, so therefore he can go and listen to it."

Asked if she would like to grow her family, Adele said: "I'm definitely open to it. I would like more children. It wouldn't be the end of the world if I don't have them, 'cos I have Angelo."

The singer also said on Twitter just before Adele One Night Only aired, she had "never been so nervous in my life," because of Angelo being in the audience.

In her Vogue cover story, Adele revealed she started dating sports agent Rich Paul at the beginning of 2021, after the pair met at a party two years ago.

"He's just hilarious. Oh, he's so funny, he's hilarious, yeah. And very smart. You know, he's very, very smart. It's quite incredible watching him do what he does. And just the easiness of it," Adele said in her interview with Oprah this week.

She also said that it's the first time she's loved herself and "been open to loving and being loved by someone else".

"It's just timing. But it'd be interesting to see what my reaction is like in general to anything that hurts me, now that I feel so secure in myself, and I'm talking outside of romance as well." 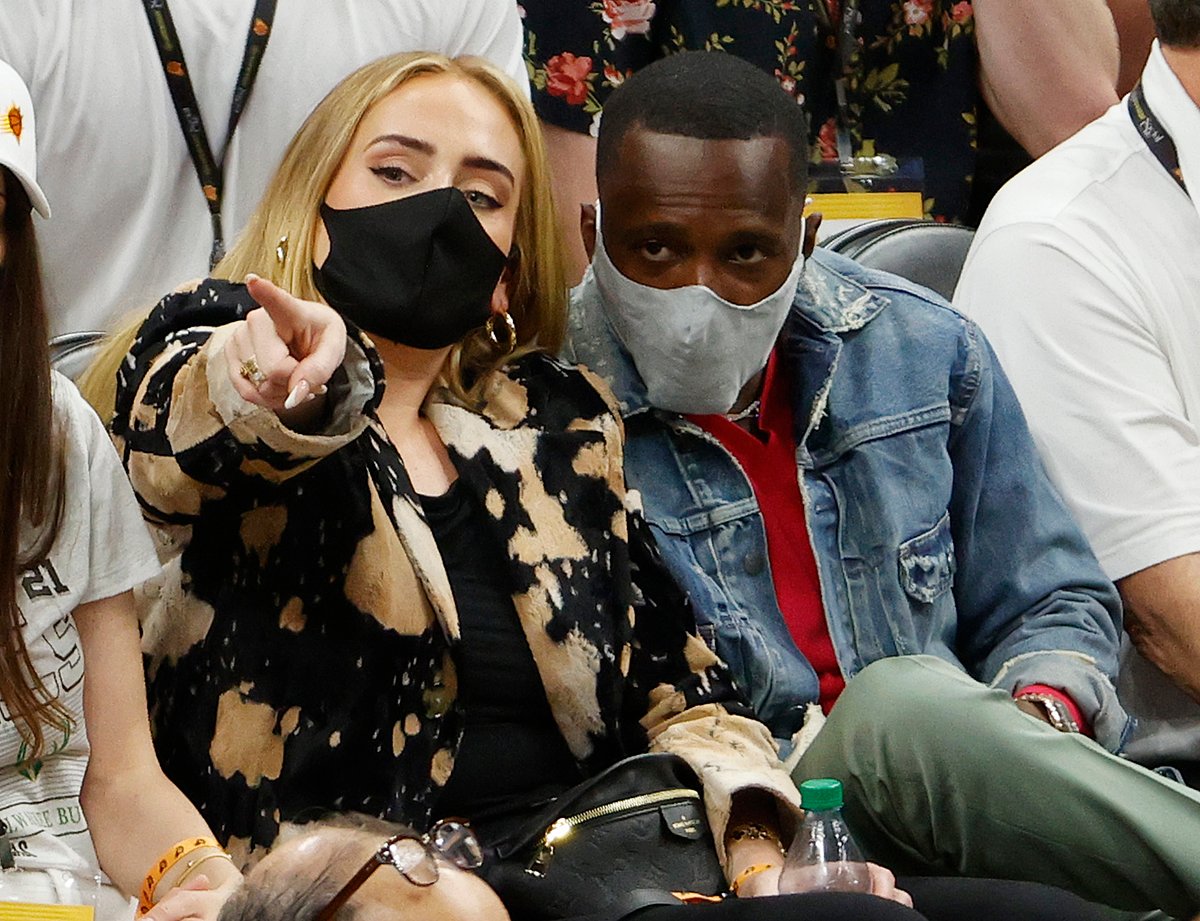