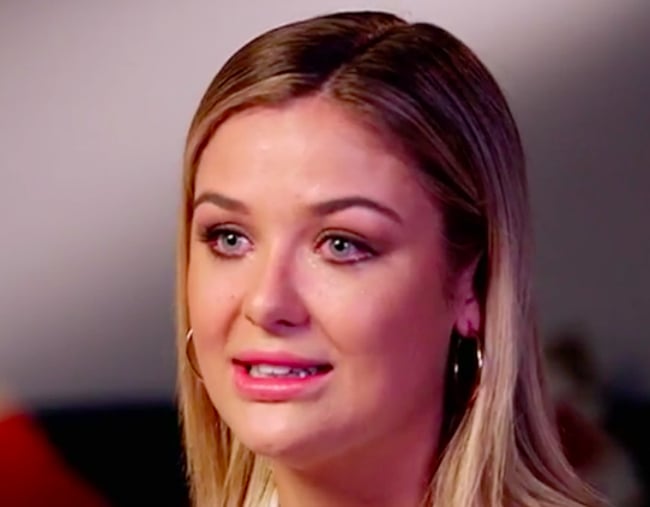 For Sophie Tieman, her experience on The Bachelor was not what she expected.

Having given up months of her life to find love, her hopes were high when she found herself in the final two.

Now Sophie has spoken to Lisa Wilkinson on The Sunday Project about the ordeal.

“The fact that he couldn’t see enough in one girl out of 28, it just shocks us,” Sophie told Wilkinson on The Sunday Project.

Sophie speaks to The Project…

“It still don’t quite understand it,” she added.

“I would hope he’s a little embarrassed, we just went through so many highs and so many lows and I’m sure he did too – but I just hope there’s something in him that’s a little unhappy or uneasy with his decision because God knows we have been through it.”

She said that he could have given one of the final two a chance.

“He hasn’t gone in there and they’ve [producers] said ‘you need to propose and you need to fall in love’ it’s whether he can find someone that you can connect with and you know… try it in the real world later,” Sophie said.

After weeks of asking the property valuer to open up and be more emotional on the show, Nick said he couldn’t give her those emotions back, she wasn’t ‘the one’.

A few days after they finished filming the finale and Sophie had had time to come to terms with the fact Nick had decided to choose neither herself or fellow contestant Brittany Hockley, she received a message from Nick.

“I’m aware that he reached out to a few of the girls that he’d formed good connections with, he was just sort of touching base and making sure that I was OK and doing well.”

Rather than apologising to her or offering more of an explanation than what we saw on the Bachelor finale, Sophie said it was a brief message that left her feeling confused.

In the same exclusive interview on The Sunday Project, Nick Cummins admitted that Brooke Blurton was the one who got away.

What did you think of The Bachelor finale? Tell us in the comments.

So, does Sophie think that she could definitely pick a man she wanted to start a serious relationship with, out of 28 men picked by someone else, having spent no more than several hours with each of them, mostly because she was busy "dating" 27 other men at the time? I don't think I could.

It's a very artificial environment to try to form a relationship in. I think it's more remarkable that we've had any successful couplings at all from this franchise. The fact that couples sometimes have already broken up by the time the finale ends or that other contestants have decided that nope, they won't have any of these people, thanks very much does not surprise me in the slightest.

Conversely, I do find it weird that Sophie believes 28 women, without exception, are hopelessly devoted to one person they barely know.

Arguably you don't get a fair representation of single women in this bunch. To be willing to even be a contestant on The Bachelor really limits the pool down to (a) publicity seekers, (b) those who for whatever reason have had major past relationship trauma in their early 20s, (c) those who hold little value with their reputation, and (d) those who producers judge will provide dramatic tension, comedy or conflict. I can't really see viable long term or stable relationship material in the 28 contestants particulary given most seem to sit in the (a), (c) and (d) buckets.