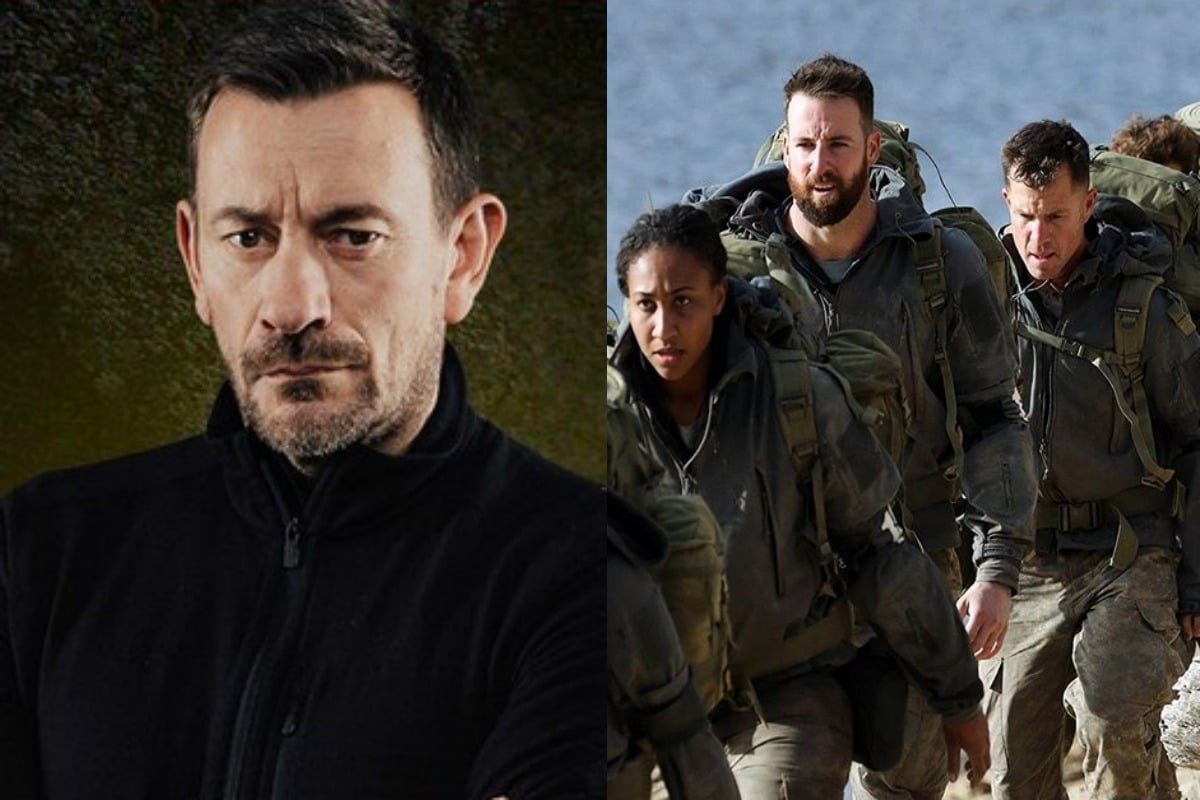 For the past two weeks, we've found ourselves enthralled by a show in which Schapelle Corby fought a former Bachelorette and the Honey Badger shivers like nobody ever has before.

Channel 7's SAS Australia is uncomfortable and weird and we can't look away.

It's still early days, but there have already been a series of rumours and behind-the-scenes information to come out from the show. We've rounded them up into one handy place... because we all enjoy seeing celebs journey towards 'finding themselves', but we also unashamedly love the gossip pls.

Ollie Ollerton on the three most 'disappointing' celebs.

Instructor Ollie Ollerton has called out the three contestants he expected more from on the show. And as you'd expect, he did not hold back.

"To be honest, I expected more from Eden," he told the publication. "I just felt he had more to give. I was a little bit disappointed with his efforts."

"The girl who lied … I’ve forgotten her name … Arabella," he said.

"That [SAS Australia] process would have done her the world of good, but I think she’s got a fair few demons that pushed her over the edge and kept her from going any further."

Arabella explained what had happened during her time on the show.

"I told my partner that I had a pregnancy scan and I showed it to him and said it was ours when in fact it wasn’t our scan at all," she said.

"Our relationship was coming to an end and I didn’t know how to deal with losing someone because I feel like I’ve lost family members and stuff [before]. [I was doing it] to try to draw him back in."

Ollie lastly called out PR Queen Roxy Jacenko who left the show in the first episode.

"Roxy Jacenko was horrendous from the outset," he told the publication.

After leaving the show, Roxy explained that she fractured her hip and pelvis weeks before filming SAS Australia on Instagram.

"I fractured my hip and pelvis when on a horse for a job - the saddle slipped and I fell off. I got back on the horse so as not to bother the rest of the riders and disrupt their ride and then took myself to emergency where I spent the next two days.

"Followed by six weeks on my back with daily Clexane injections and physio, orthopedic surgeon appointments etc."

She said she'd committed to the show six months earlier and had been training six days a week in preparation, so felt an obligation to continue despite advice from her orthopaedic surgeon against it.

"I had a commitment, I showed up, and I tried my very best - which given the circumstances was a hell of a lot... I did what I could but the reality is, my health is my number one priority with two children and a staff of 22 who rely on me."

To be candid I shouldn’t even need to post this - but I am left with no choice. To date I haven’t shared these images because I don’t think that it’s necessary to share an accident where I was fortunate enough to get better when many would have sustained long term and irreparable damage. These photos were 6 weeks exactly before I left to join @sasaust7 - after reading the barrage of comments by people on my Instagram tonight I’ve decided - fuck it - I’ll post. For the fuck wits that have left comments on the post previous to this which I encourage you to read as it shows how alive and well these keyboard warriors are, let me explain how weak and fake I am. I fractured my hip and pelvis when on a horse for a job - the saddle slipped and I fell off. I got back on the horse so as not to bother the rest of the riders and disrupt their ride and then took myself to Emergency where I spent the next two days. Followed by 6 weeks on my back with daily Clexane injections and physio, orthapedic surgeon appointments etc. So if weak and pathetic is showing up to @sasaust7 because I had committed to it 6 months prior and put 6 days a week training into it no matter what my injuries were well then so be it. I think what it shows was, I had a commitment, I showed up and I tried my very best - which given the circumstances was a hell of a lot given my situation. I recall saying to my orthopaedic surgeon - “I may have to fall out of a chopper can you suggest a way to do this with my fractures” his answer was simply “don’t” - I did what I could but the reality is, my health is my number one priority with two children and a staff of 22 who rely on me - not a show for people’s entertainment and to give them something to troll / gossip about subsequently. Having had cancer some three years ago I know that I didn’t need to take the chance of doing myself more harm. Anyway I think it simply shameful I had to post this & as I went to include my hospital discharge paperwork I stopped myself and thought - you know what - Fuck them this is more than enough! I don’t need to prove anything to anyone I don’t know!

On the other hand, the instructor praised AFLW player Sabrina Frederick, who he said was "extremely impressive'" and Bachelorette Ali Oetjen, who he likened to "a phoenix rising from the ashes".

One of the first day 'activities' was a... physical fight. Did we mention this show was weird?

Anyway, AFLW player Sabrina Frederick was given the opportunity to choose the opponent she would face. So naturally, she chose the largest, fittest 100 kilogram man (who also happened to be Australia's least favourite Bachelor). ¯\_(ツ)_/¯

Anyway, Honey Badger Nick Cummins certainly didn't hold back his punches and initially overpowered Frederick, before she managed to get a few decent shots in. It was one of the episode's most uncomfortable moments, but Frederick was praised for her bravery in choosing to take on the toughest opponent.

On Instagram, she made it clear fighting Cummins was 100 per cent her decision.

"I want to make something very clear so that no one can twist the truth of what happened in the fighting scene... My whole life I have been fighting for equality. For people to treat all as equal, regardless of gender or race and that task was an opportunity for exactly that," she wrote.

She said she chose Cummins for two reasons: "1. I wanted to select the person I thought was the biggest challenge and 2. I knew our respect was mutual and he would give me a fair fight regardless of my gender, and I am truly grateful for him and that experience."

She said she was scared, but the point of the experience was to learn how to harness fear and stop it consuming you.

"In battle, the enemy doesn’t care about your gender or size, and we had to think like soldiers to get through each task.This is just the start, bring on episode two."

Roxy Jacenko and Candice Warner are no longer friends. 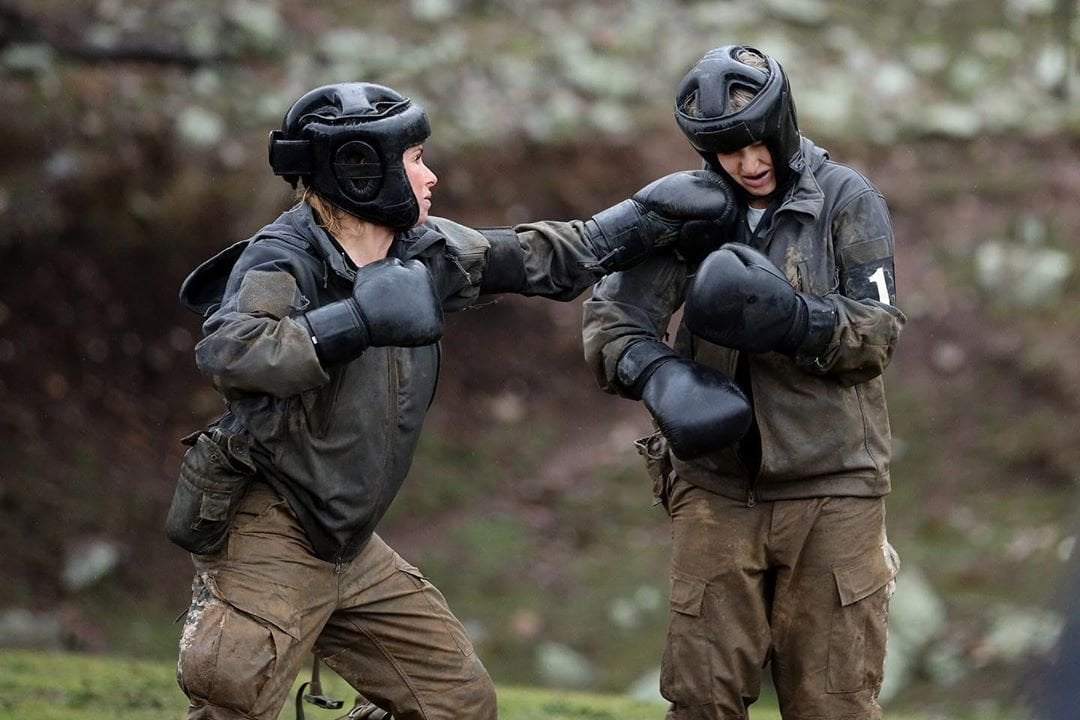 Jacenko told the Kyle & Jackie O Show she and Warner fell out after filming the show, where they were made to punch each other in a physical fight.

'You know what? Is [Candice] really my friend anymore? No," Jacenko said.

"You know why I never hit back? She's my mate and I'm not going to smack (her) in the face for other people's entertainment.

"And you wouldn't continue punching when the person, me, turns their back and continue punching them in the back of the head. In boxing, that's totally not allowed. The reality is, I can't punch my then-friend in the face for people's entertainment."

She said they hadn't spoken since that day, although Jacenko found herself "sacked" as Warner's PR representative.

"People will always let you down. I believe after what I did for Candice that it was a real smack in the face, pardon the pun." 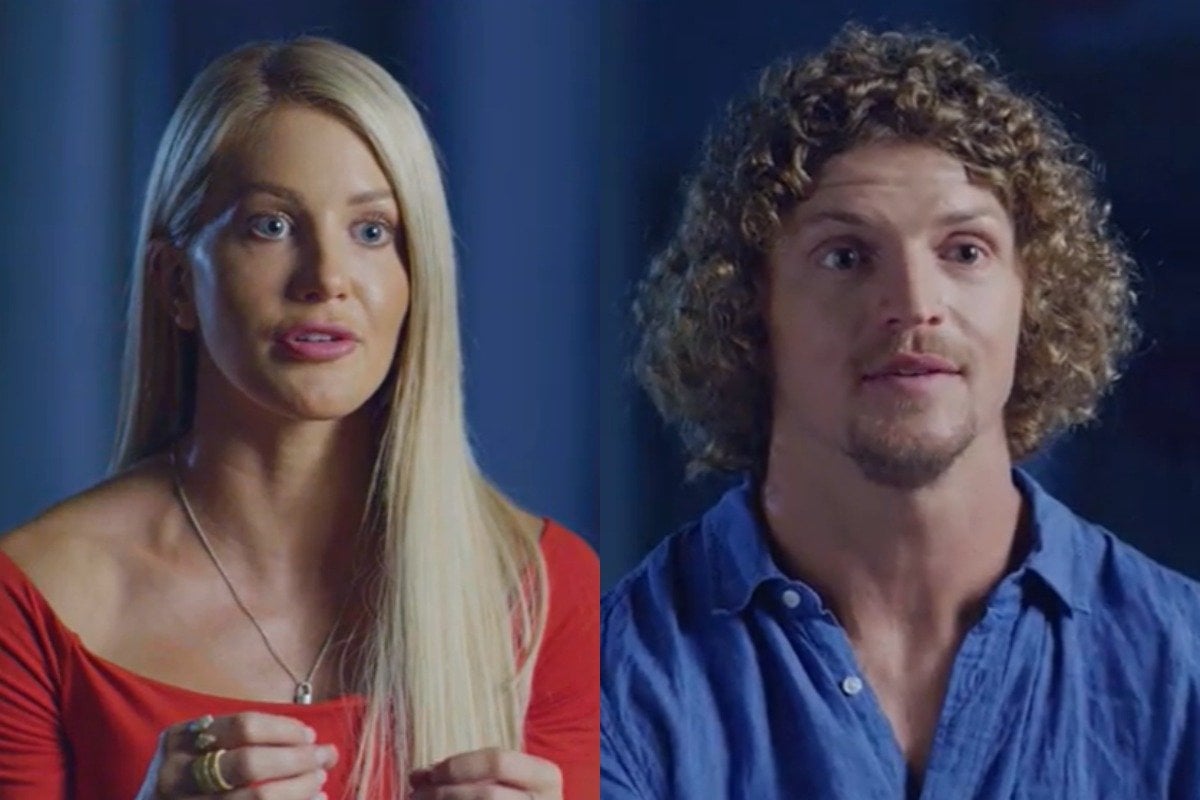 Going to the toilet in an open-air cubicle and being unable to shower for weeks doesn't really seem like the best environment to foster a relationship but... hey, it may have worked for two SAS Australia celebs.

Nick Cummins and Ali Oetjen were rumoured to have hit it off, as according to New Idea, the pair took an immediate liking to each other.

"Nick is definitely Ali’s type in every way," a source told the magazine.

"I could totally see these two together."

Oetjen recently broke up with her long-term boyfriend, Taite Radley, leaving her open to finding someone new and well, we know how the Honey Badger's Bachie experience turned out...

But it appears there's no truth to the Bachie-crossover we didn't know we wanted.

Speaking to SAFM's Bec, Cosi and Lehmo, Oetjen said there was no truth "at all" to this one.

Was Schapelle Corby 'iced out'? 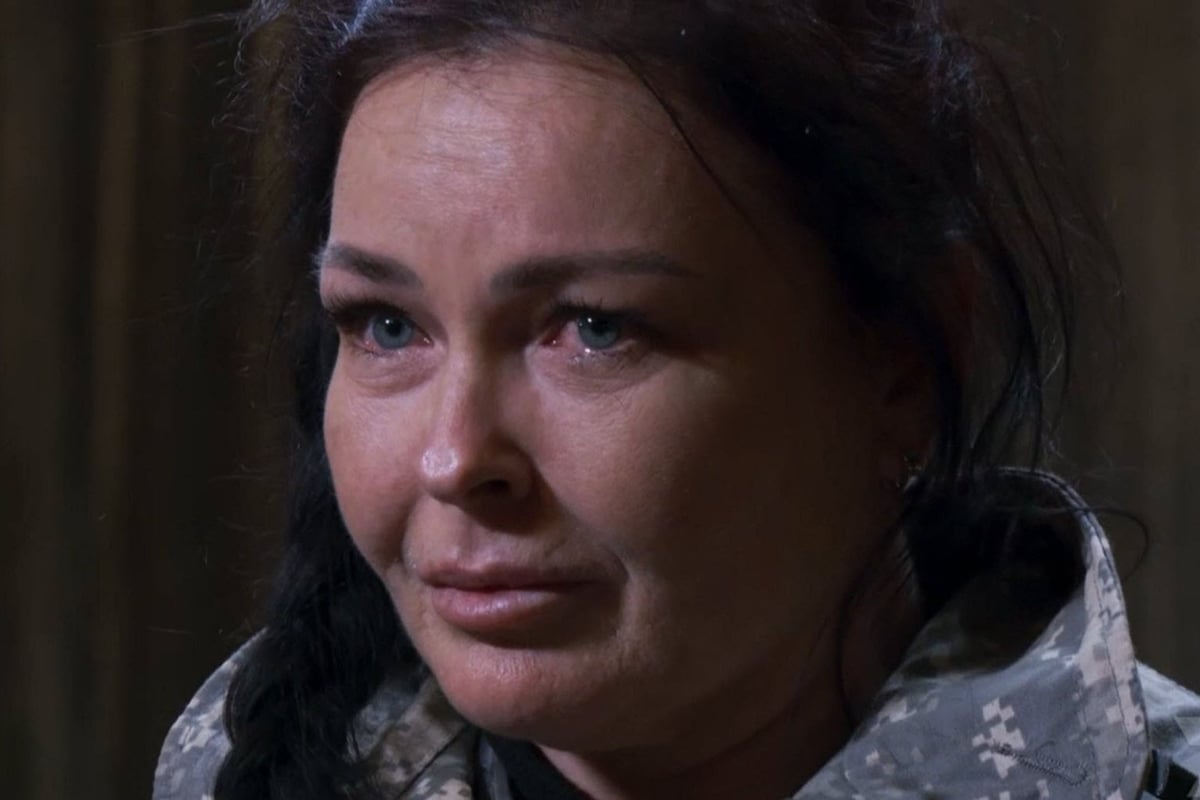 Before the show began airing, there were rumours Schapelle Corby was 'iced out' by the rest of the cast during filming.

Both Woman's Day and New Idea claimed she was shunned by the other celebrities, but comedian Merrick Watts hinted on Hughesy & Ed in September this wasn't true.

"There has been a lot of conjecture about Schapelle Corby and how she was treated by the rest of the cast..

"I'm here to tell you the only time anyone got upset with Schapelle was me... because I was brought on the show as the drug trafficker and when I found out she was doing my gear I was very, very upset," he joked.

Meanwhile, Oetjen told Bec, Cosi and Lehmo she and Corby's beds were on the opposite ends of the shed to each other, so they didn't have too many conversations. Even so, she described Corby as "such a sweetie" based on their few conversations - and it doesn't seem like Corby was 'iced out' at all.

Okay, but does she leave the show?

A production source told the Daily Telegraph Roxy Jacenko - who we saw walk on Monday night's episode - and Schapelle Corby both leave.

"It was too much for them," the source said.

"They just walked. Roxy wasn't happy and Schapelle couldn't keep up with the fitness."