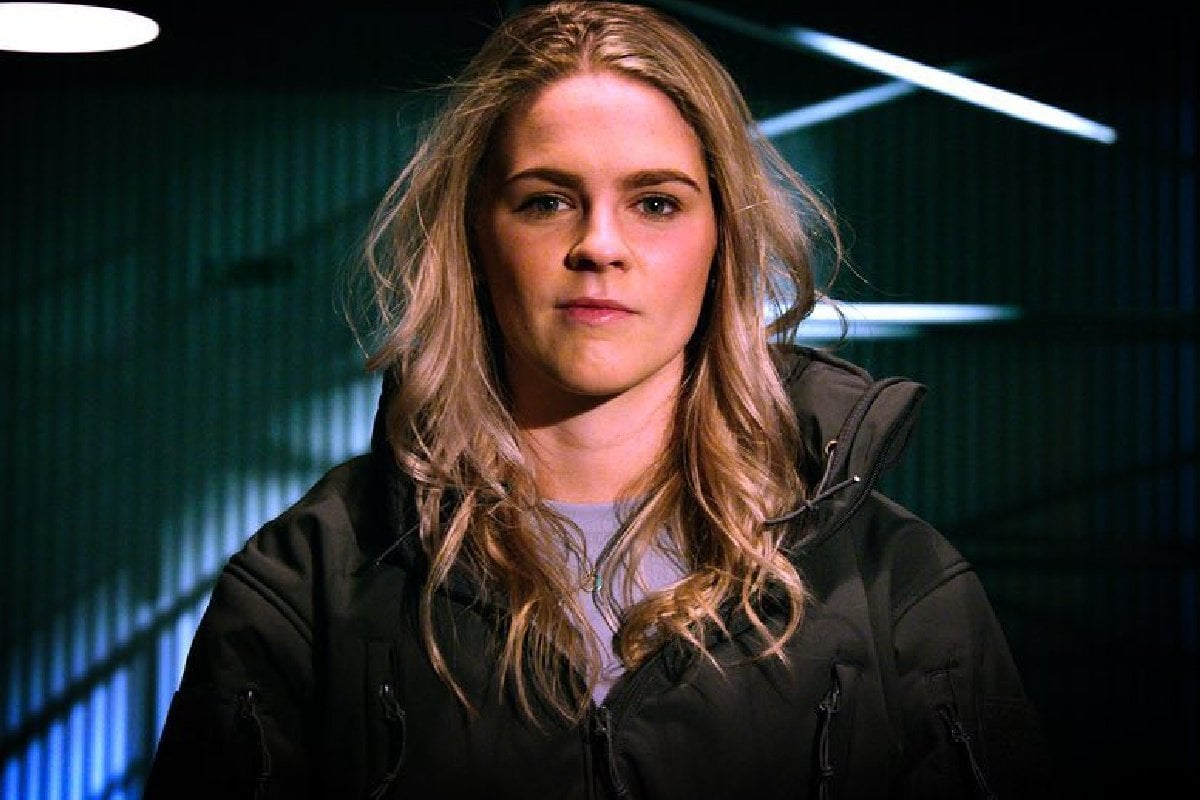 On the show, the contestants will undertook a series of physical and psychological tests that have been lifted straight from the real Special Air Service selection process.

But 21-year-old Jack is no stranger to a challenge.

But first, here's the trailer for SAS Australia. Post continues below.

Shayna Jack grew up in Brisbane, Queensland, and aspired to one day represent her country doing the one thing she truly loves: swimming.

In 2015, she made that dream a reality when she competed in the World Junior Swimming Championship. She was 16 years old.

Two years later, Jack won silver in the 4x100m freestyle relay at the 2017 World Swimming Championships in Budapest, Hungary. The following year, Jack and her teammates shot to fame when they won gold and set the new world record competing in the Women's 4x100m Freestyle Relay at the 2018 Commonwealth Games.

In mid 2019, Jack was preparing to compete at the World Championships once again. This time, in South Korea. But in July, she uploaded a photo to Instagram explaining that she had to pull out of the competition due to personal reasons.

"It is with great sadness that I have to withdraw from world championships due to personal reasons," she wrote. "I appreciate everyone’s support and patience. Thank you all."

Her exit was later revealed to be the result of a failed random drug test. Jack had tested positive for the banned muscle growth agent Ligandrol.

Uploading a lengthy statement to her Instagram, she wrote, "It is with great sadness and heartache that I had to leave due to allegations of having a prohibited substance in my system. I did NOT take this substance knowingly.

"Swimming has been my passion since I was 10 years old and I would never intentionally take a banned substance that would disrespect my sport and jeopardise my career. Now there is an ongoing investigation and my team and I are doing everything we can to find out when and how this substance has come into contact with my body."

Jack received a four-year ban from the sport from the Australian Sports Anti-Doping Authority (ASADA), which she is currently appealing.

"I'm not going to stop until I prove my innocence and fight to get myself back in the pool because that's my dream and I'm never going to let that go," she told The Sunday Project in December 2019.

As she awaits her appeal, Jack is dealing with another intense situation. In June of this year, she reported to the Queensland Police that she was facing an extortion attempt by overseas hackers.

In a series of disturbing messages Jack was told that unless she sent money, "regretful" photos of her would be posted online.

"If you don’t pay – you will regret this," one message read.

While another read, "I’m in a different country, you can’t do anything against me, you have to pay. I can see what you’re doing at all times."

The following day, a post was uploaded on her Facebook that wrote, "I regret I used doping in the 2017 Olympics."

Thankfully, by June 24, the hackers were gone.

"No longer HACKED. As most of you are aware I was hacked on Monday and was being extorted for money," Jack wrote on her Instagram.

"This was very invasive experience, making me feel personally violated. It was a very confronting experience as they had control of my Instagram, Facebook and Hotmail account. They tried to blackmail me with information about my case to get me to pay. I am going to continue to work with the authorities to prevent this from happening to anyone else," she continued.

Besides her love for swimming, Jack is passionate about animals. At the beginning of COVID, she welcomed a new addition to her family, a dog named Willa.

And now she's been preparing her television debut on SAS Australia.

"I did as much as I could to prepare my body without causing injury," Jack told Stellar magazine. "Bike rides to build endurance in my legs, pack walks to prepare for the long days with heavy equipment, and boxing to help with cardio."

But as she explained the publication, the past year was enough to prepare her mentally for the challenge.

"When it comes to my mentality, I believe the past year of mental battles was enough to prepare myself," she added.

On the final episode that Jack appeared in, she was interrogated by 'staff', where they questioned her on her 'doping accusations'. The conversation went a little something like this:

"They gave me a four-year ban from swimming, which would be the end of my career," Jack shares.

"My whole life I've been an honest athlete. The purpose of my swimming was the fact that I could impact somebody else's life and be a role model to them because that's how I fell in love with the sport."

After Jack shared her story, things got heavy.

"What if you can't ever swim again?" Ant Middleton asks.

"That's probably the hardest question that anyone could ask me," she says, tearing up.

"I've never thought of anything else but swimming.

"I can't go see my coach. I can't go swim with my squad. I can't go play another sport just for fun. I just want to be able to go back to go swimming and love swimming again."

In the next physical task, where contestants had to repeatedly leopard crawl up the beach, Jack handed in her armband - quitting the show.

You can watch SAS Australia on Monday at 7.30pm on Channel 7.