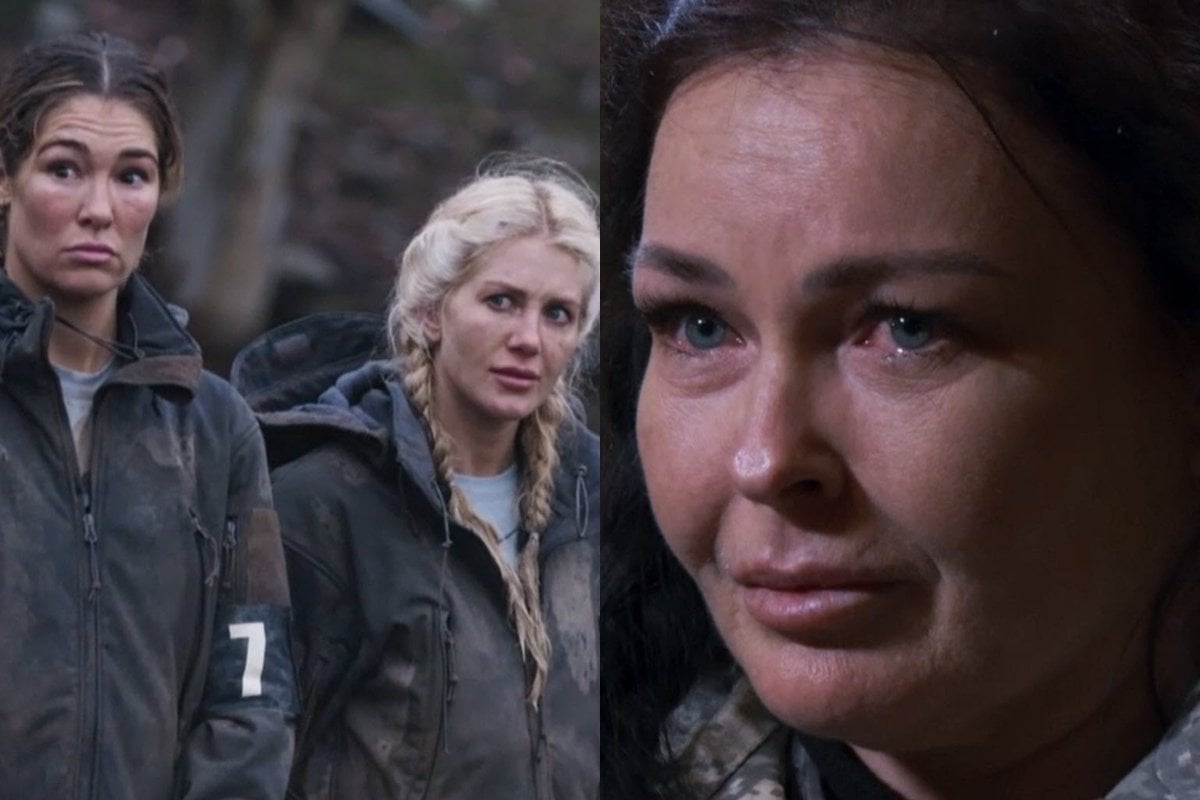 If it isn't time for us to watch a selection of Australian 'celebrities' attempt, and likely fail, to complete SAS training.

We open with a warning that this show contains scenes of physical danger and mental stress that some viewers might find confronting. Just your standard reality TV show then.

Four British men place black hoods over the heads of the 17 alleged celebrities and place them into the most low-energy conga line to ever exist. 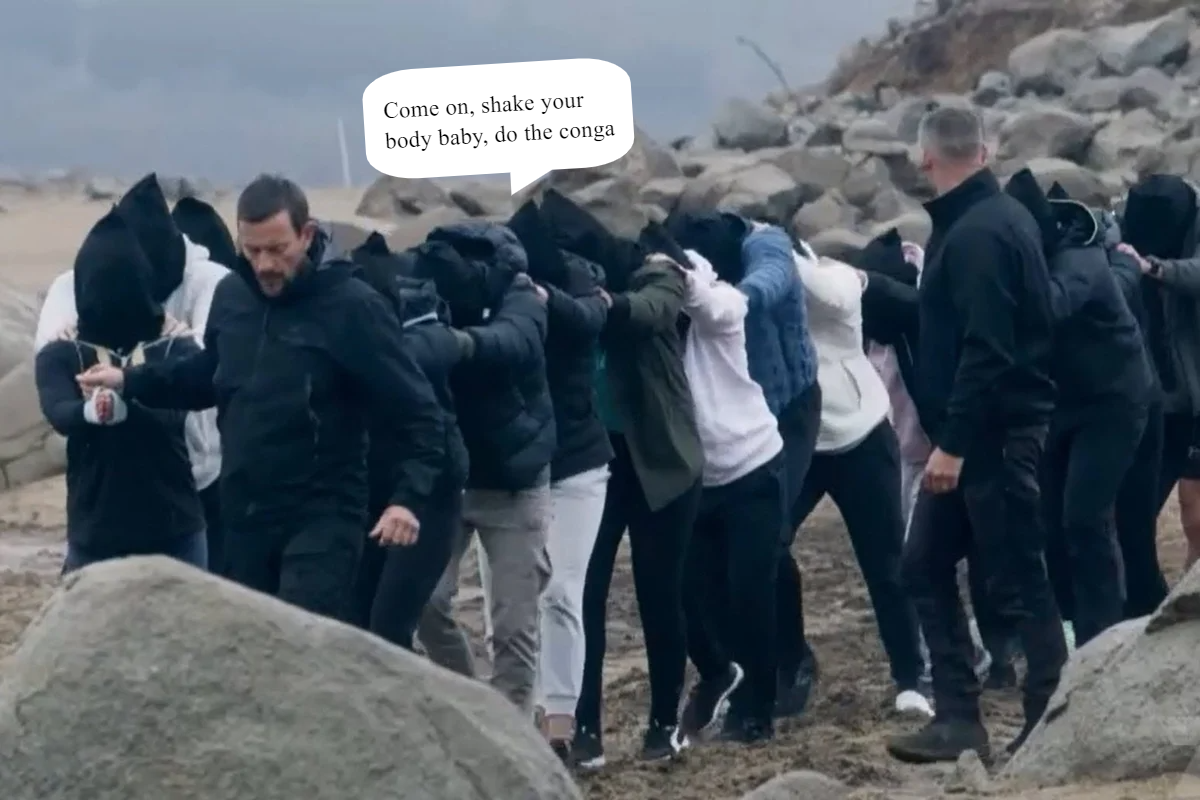 I KNOW YOU CAN'T CONTROL YOURSELF ANY LONGER

One particularly angry British man takes off the hoods of the alleged celebrities, and holey dooley it's the Honey Badger. He says this show will let us see the real him because "it's not fake" and golly gosh, what on earth could he be talking about?

Another British man - who signed their border exemptions? - falls out of a helicopter and wanders up the beach. It's all a little James Bond and I did not expect this show to make me feel these... feelings. 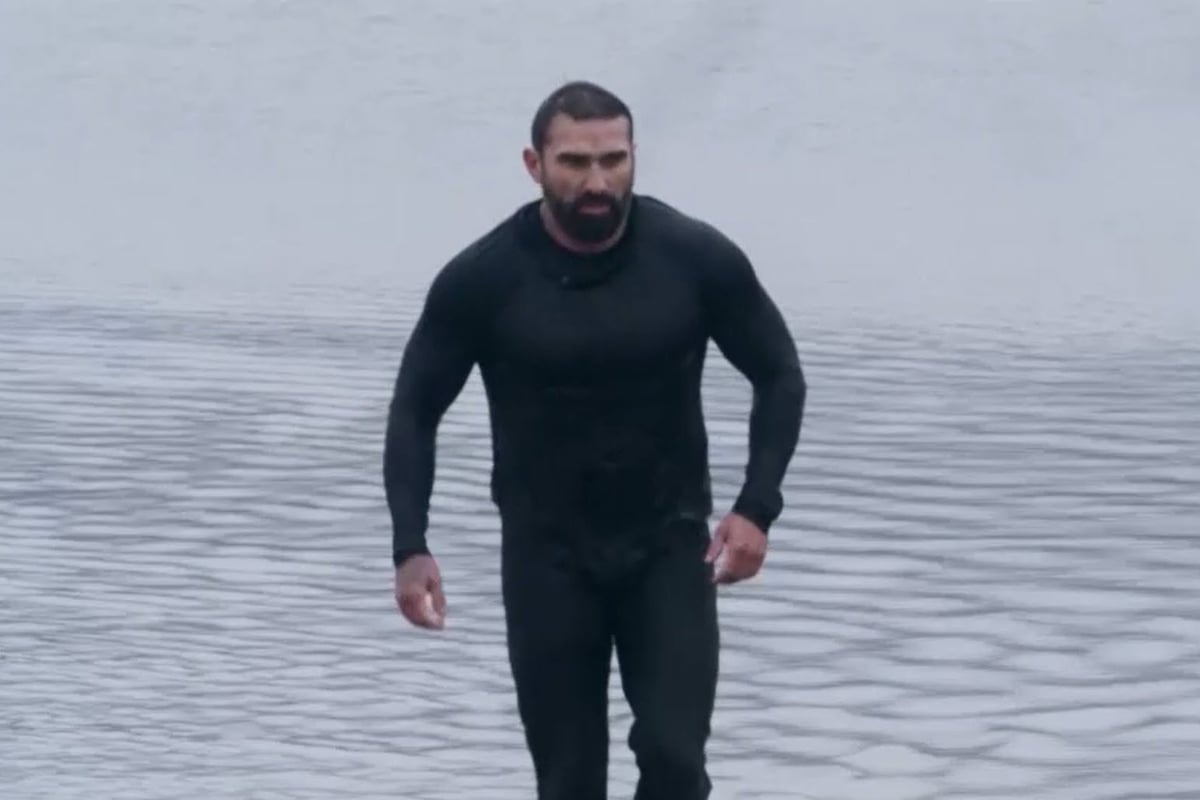 HECK, they now all need to jump out of a helicopter.

We watch a series of people land on their heads and this... is... so uncomfortable.

OOOH, Schapelle Corby is dry retching and heavy breathing in the helicopter. She says she wants to create a new life for herself, but surely there is another way?

She also lands head first and emerges from the water with a bloodied nose.

There's no time to dwell on that though, because EXCUSE US but there's a selection of literal bums on screen. ¯\_(ツ)_/¯

The alleged celebrities then crawl through mud and Roxy Jacenko says she's never had to do anything like this before. We... know sweetie, we know.

Angry James Bond yells about how this is where we will start to learn about the alleged celebrities character.

They hike up a hill with a 20kg backpack and are rewarded with a passionate speech from the world's greatest spy.

Meanwhile Honey Badger is having... issues. 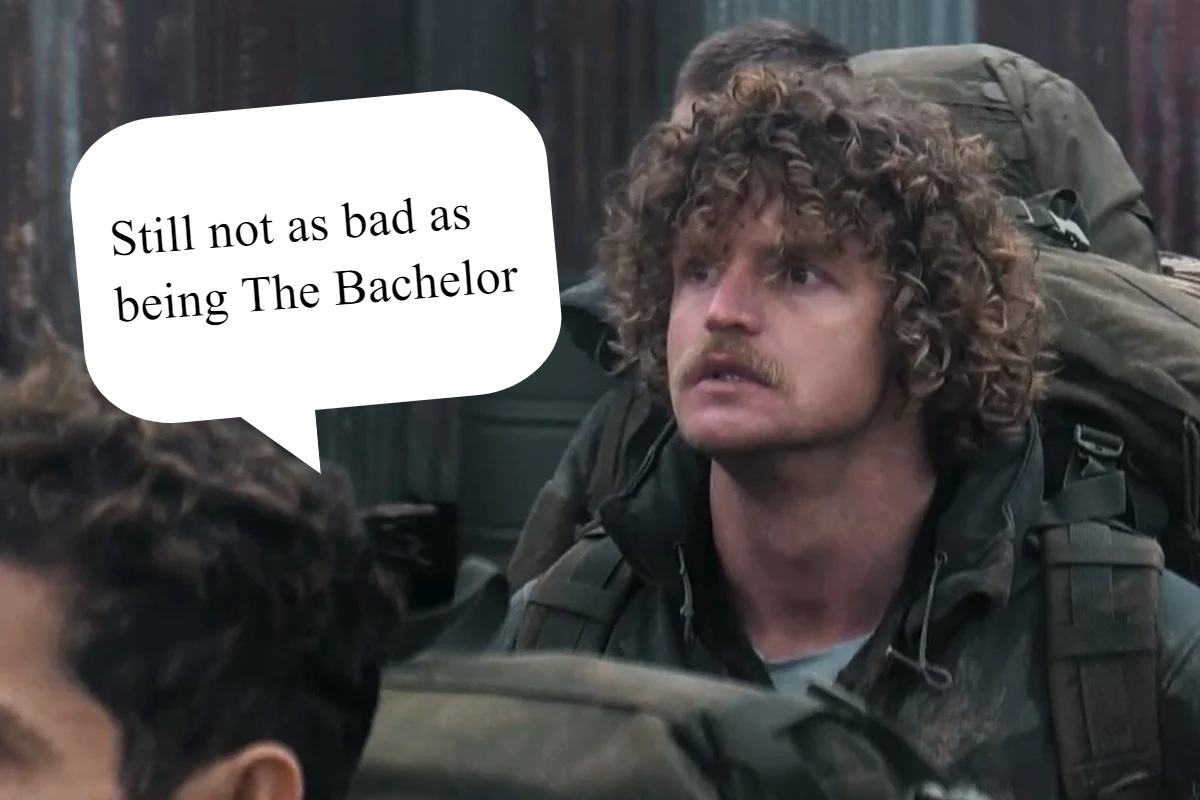 The alleged celebrities are given numbers as identifiers, which is a relief as I was struggling to recall the names of at least three quarters of this group.

We get a look around the living quarters and YIKES. 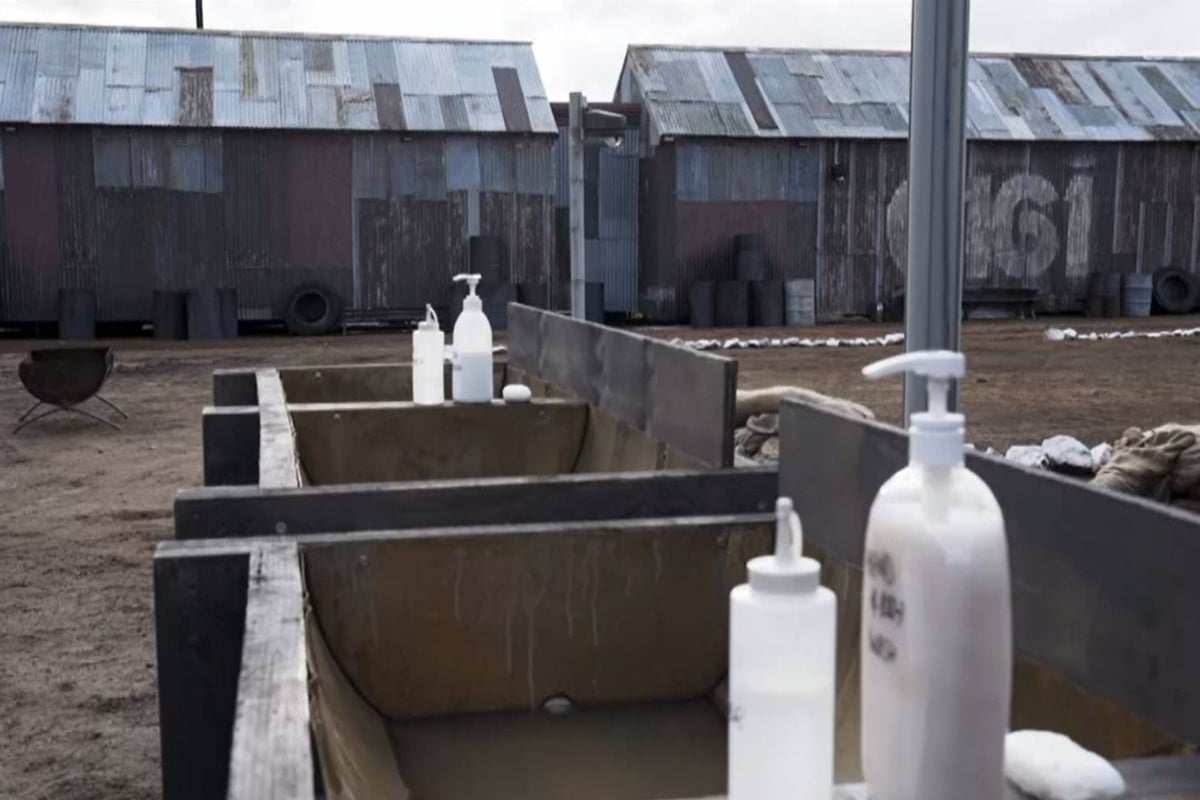 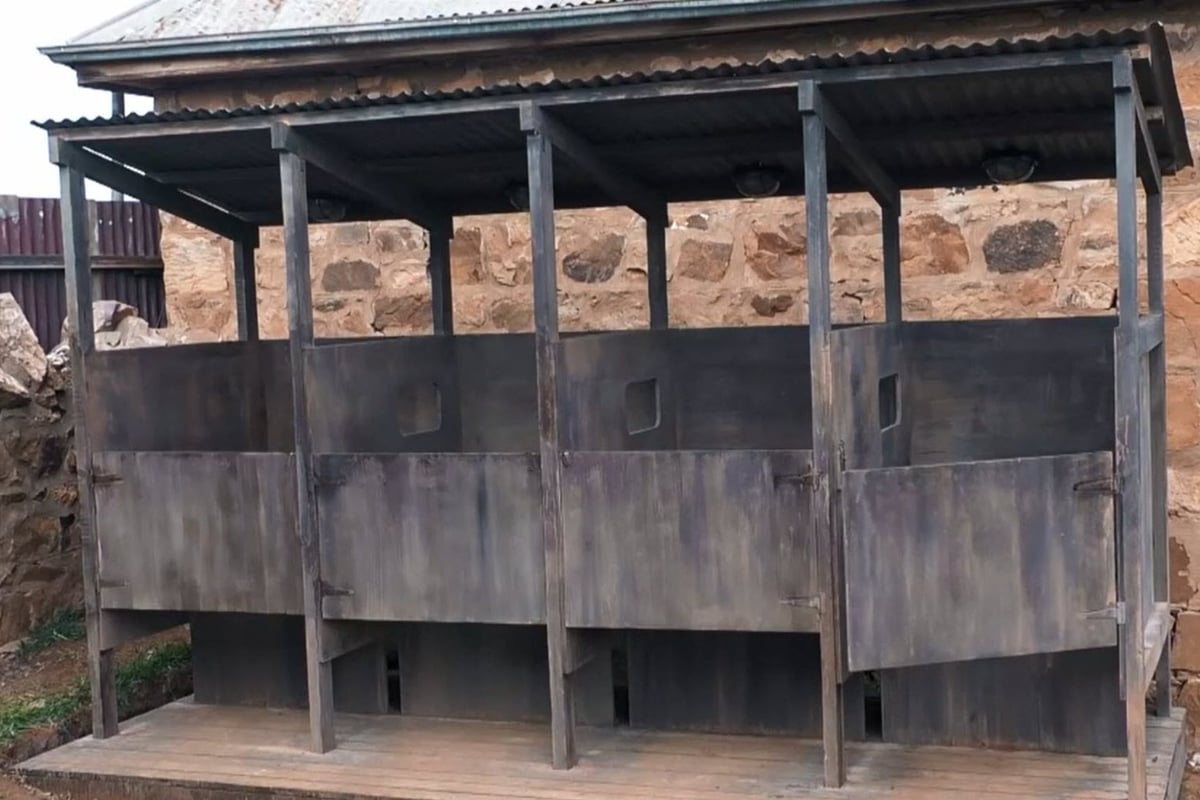 They're told a runny nose is not enough to warrant a visit to the medic's quarters. Excuse us, but did this pass the COVID-Safe production plan?

Oh, SH*T. They're off on other hill walk and the particularly angry British man is back to yell at Roxy.

It's time for HAND-TO-HAND COMBAT?! 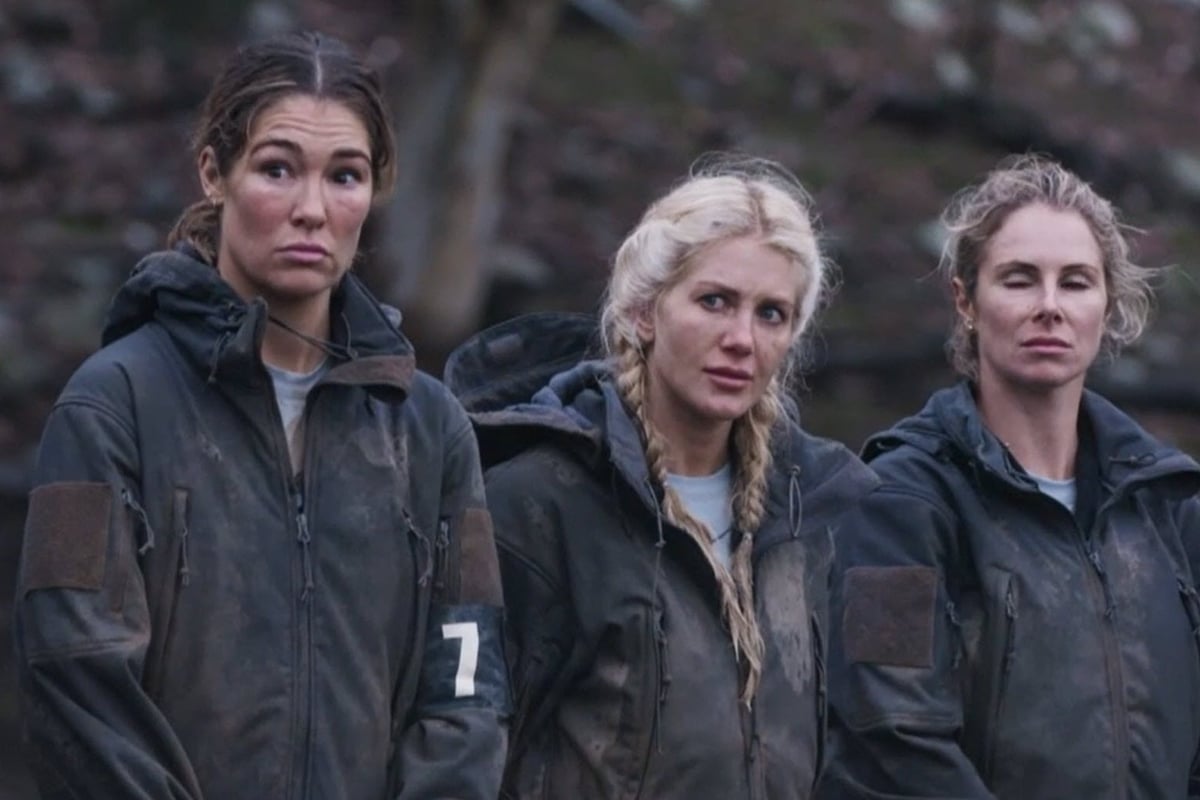 Channel 7, are you okay? 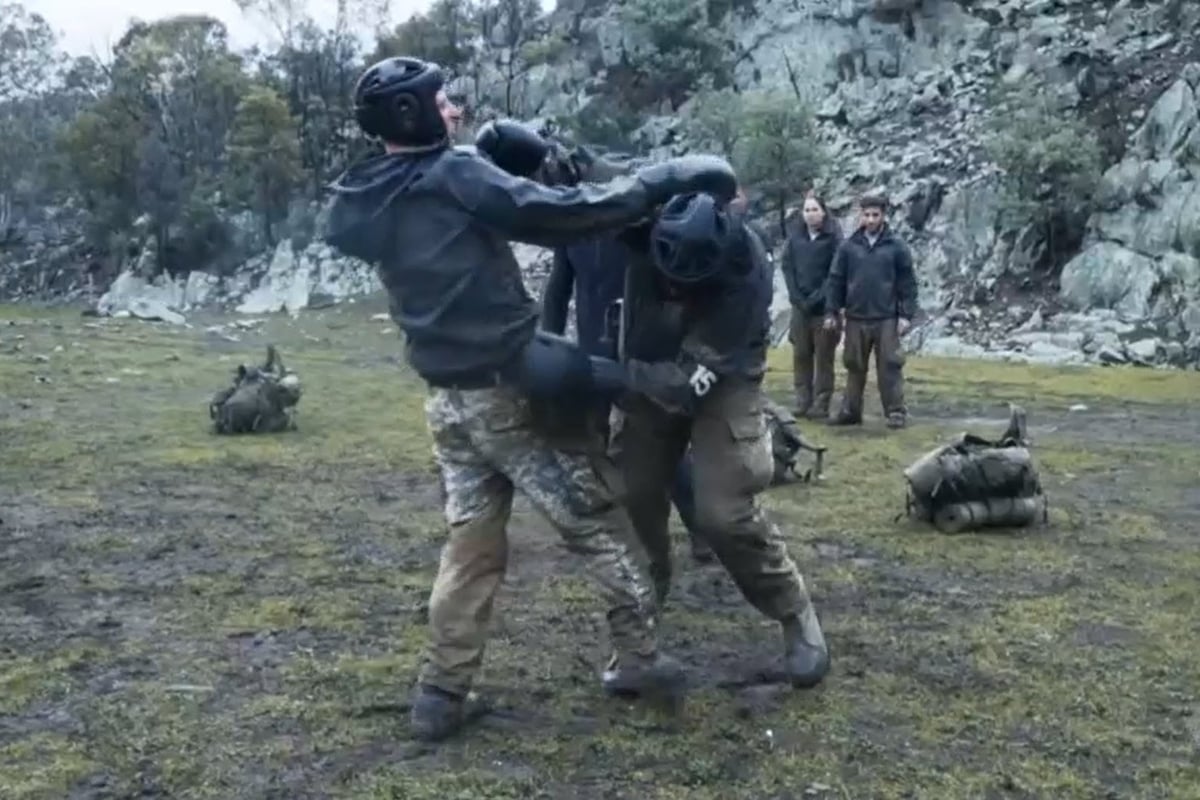 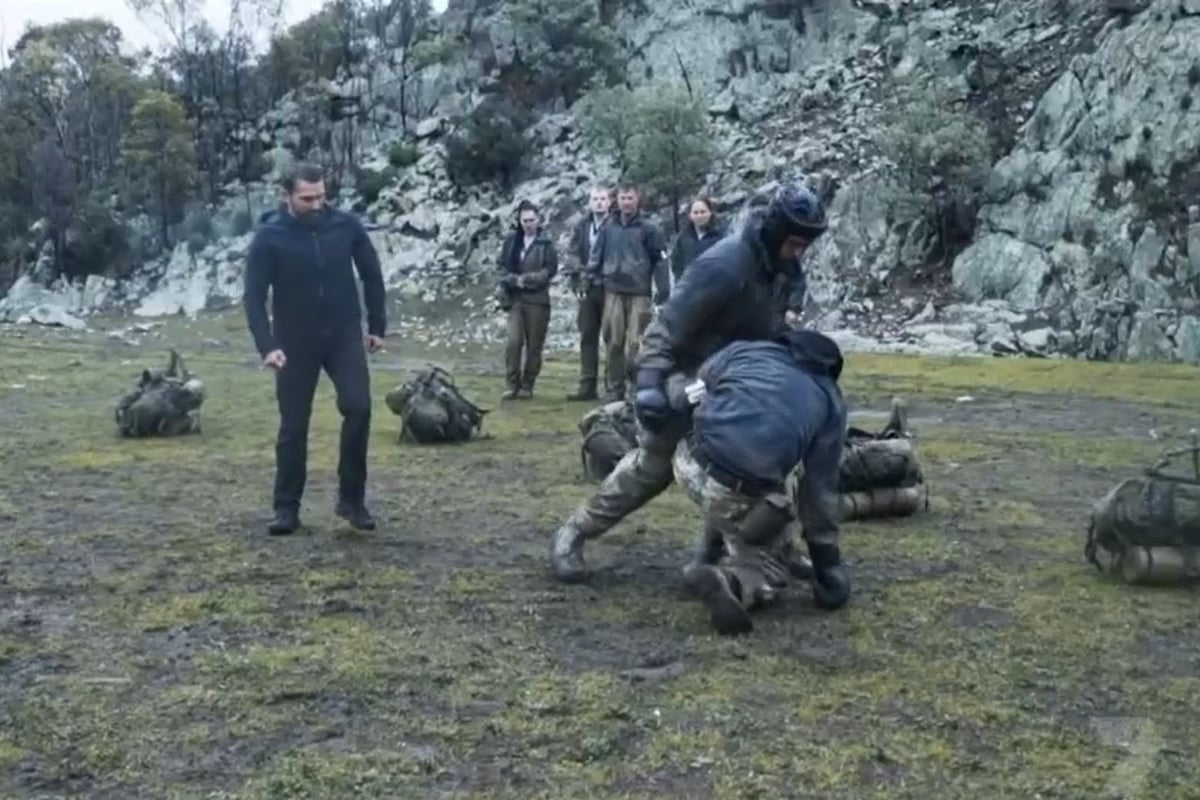 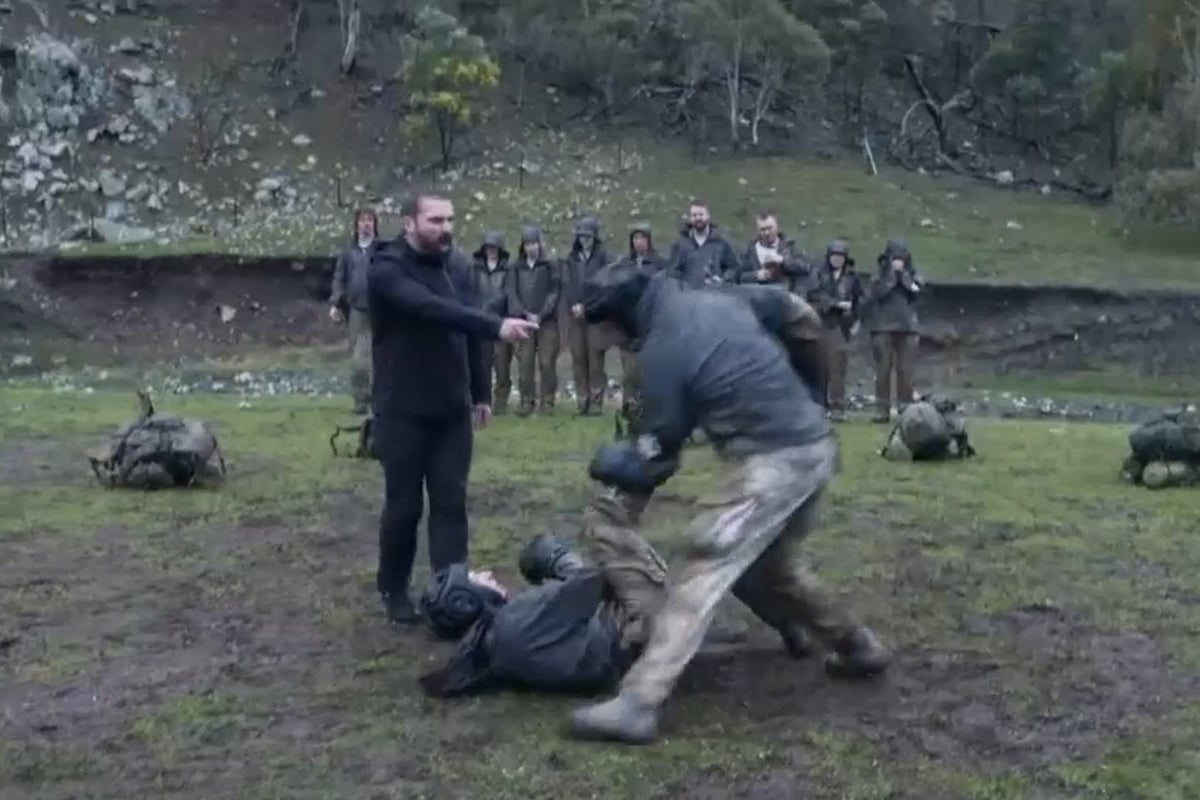 Schapelle says she had "three or four physical fights" in prison and now she and a former Bachelorette are fighting on our television screens for entertainment.

AFLW player Sabrina Frederick volunteers herself next and chooses to fight Honey Badger. 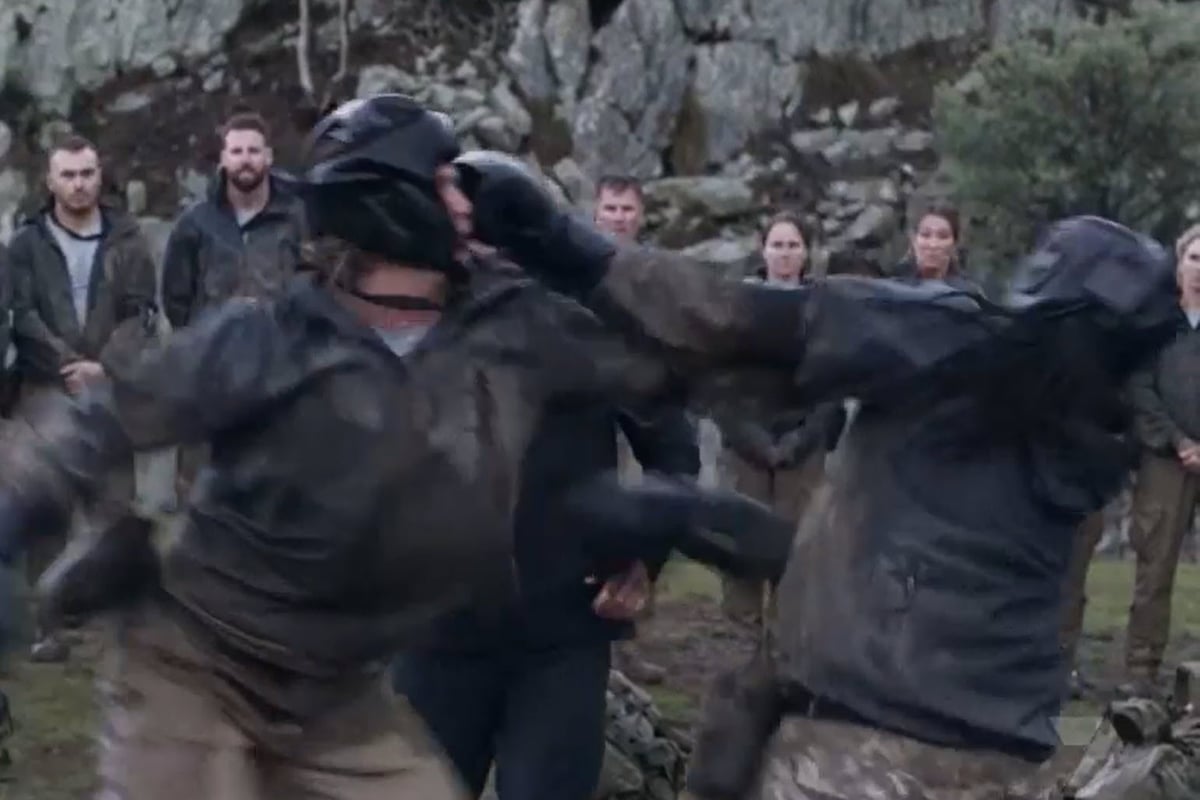 SERIOUSLY WHAT THE F**K ARE WE WATCHING?

After the fight Sabrina tells Honey Badger she's fine which is good and also... badarse.

The rest of the alleged celebs fight and again, Roxy gets yelled at by angry British men.

Actor Firass Dirani is in some real s**t. He's disrespected the angry British men and he shan't be doing that again.

The rest of the alleged celebs are made to go lie in freezing water while Firass watches on.

But Roxy is not getting in that damn water, thank you very much.

She rips off her armband and quits the show after six hours. 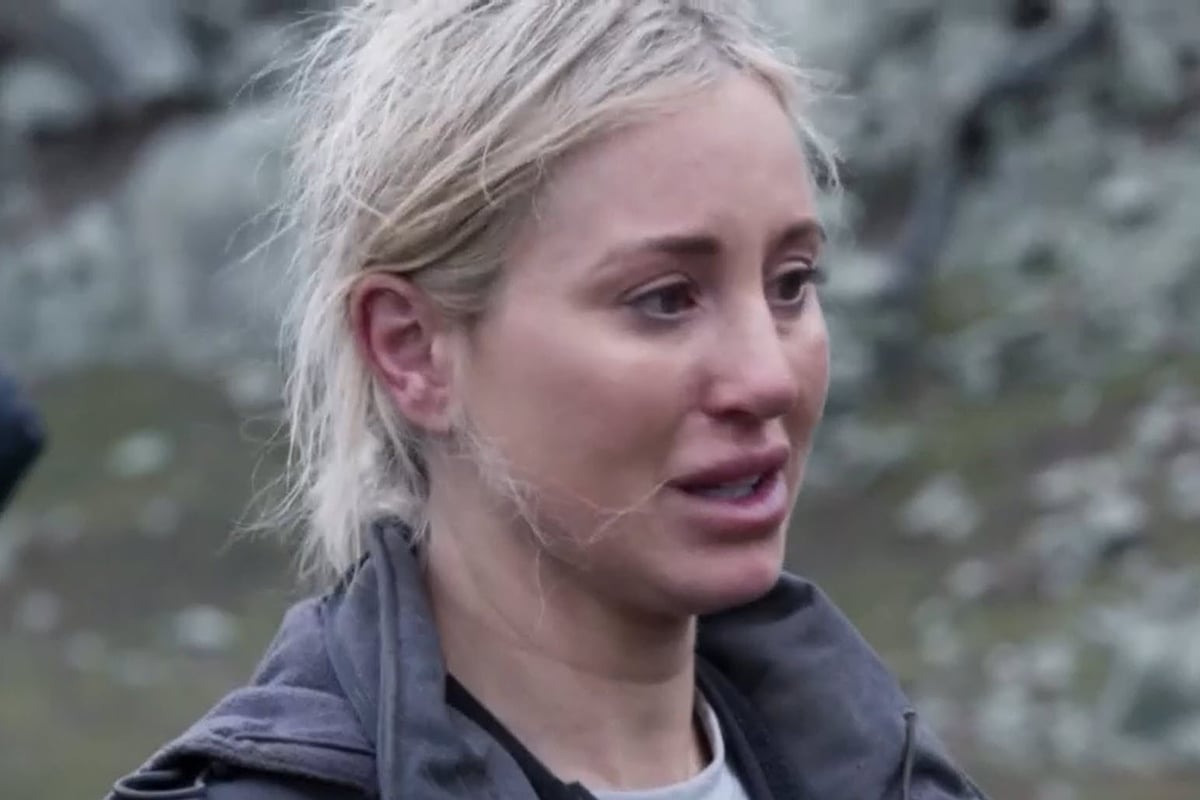 "I have businesses to start and money to make pls"

Next, we see the alleged celebrities debriefing in their one giant... bedroom(?) after a tough day of being muddy and throwing punches at Australia's least favourite Bachelor.

The British men are impressed by Schapelle's 'mental toughness' and want to know more, so they call her in for an interrogation.

THIS IS NOT GOING TO BE GOOD.

Angry James Bond has been given a laptop and he's reading an article from 2005.

Schapelle arrives in a room and sits at a table with Angry James Bond and another miscellaneous angry British man.

"Where have you found your resilience?" one asks her. 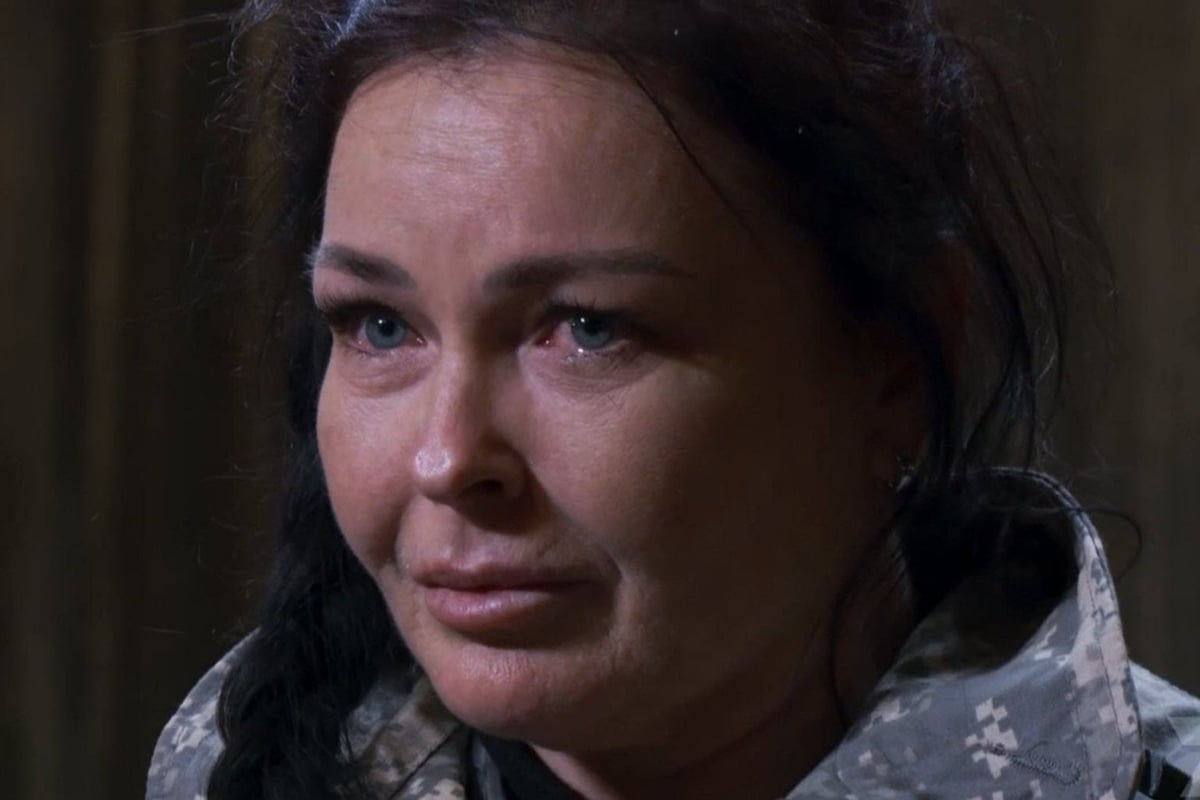 She struggles to get words out, so Angry James Bond hits play on a video of when she was found guilty of smuggling cannabis into Indonesia.

Angry James Bond eerily says, "Take me back to the moment you thought this was a good idea," and Schapelle starts to tremble, opening her mouth to say-

"You didn't know?" Angry James Bond asks Schapelle of her crimes. She shakes her head. She's denied knowing anything.

Angry James Bond, even after just a quick google, is not happy with that response.

"How can a court of law prove you guilty and you're saying it didn't happen? It just magically appeared in your boogie board?" Schapelle nods again.

But then things get... heavy. Really heavy.

"I started to have mental illness really bad in 2008. I lived with those demons for four years. My dad died in January 2008. He used to visit me a lot. I didn't think that he would die. I didn't understand that would the last time I'd see him. My final appeal was denied. Mid-2008 I started losing my mind. I started hallucinating. I couldn't eat. I don't eat meat anymore, because I would hallucinate...

Angry James Bond then compliments Schapelle on her mental resilience. I think the meat-flesh pushed him over the edge.

"Your determination and grit is bigger and better than having big muscles and being at the front."

Once the compliments are done, Schapelle is hooded again and whipped out of the interrogation room and back to the gloriously comfortable bunks.

Reply
Upvote
I understand (kind of) wanting to push yourself physically and so on, but this seems a bit off. The 'interrogation' thing sounds dodgy as hell, I get that it's probably all exaggerated for tv, but are they really going to dredge up people's worst moments for ratings? It reminds me of that 'team building' thing that the Adelaide footy team did a couple of years ago, and that turned out great, didn't it? (/s)
C
cat 2 years ago