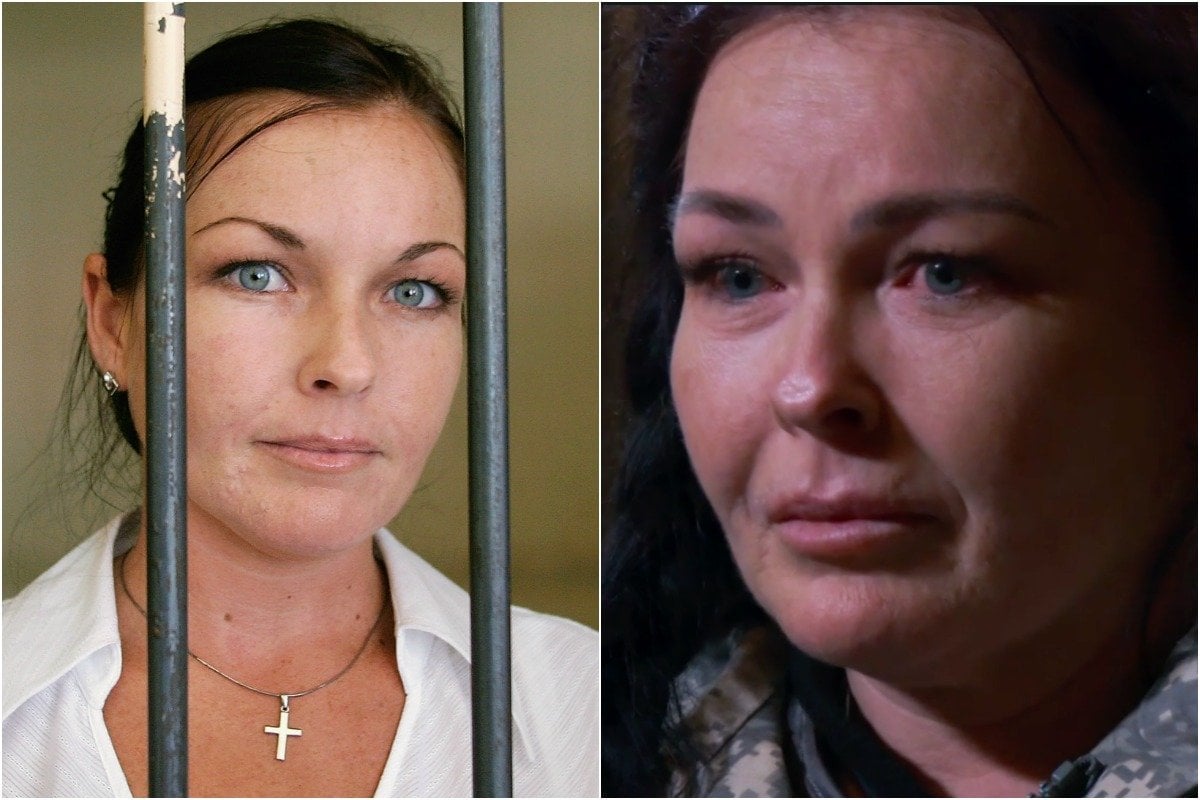 On May 28, 2017, Schapelle Corby arrived back on Australian soil after spending almost a decade in Bali’s Kerobokan Prison.

Over 12 years prior in 2005, the Queensland woman was convicted of smuggling 4.2kg of cannabis into Bali in her bodyboard bag.

From the moment she was charged with importing cannabis, imprisoned and ordered to stand trial, the case of Schapelle Corby quickly became Australia’s national fixation.

And even today, 15 years on from Corby’s sentencing, the case continues to divide Australians.

Schapelle Corby speaks to Kyle and Jackie O upon her return to Australia in 2017. Post continues after video.

What did Schapelle Corby do?

Schapelle Corby first made headlines in October 2004 when she was caught carrying 4.2kg of cannabis at Denpasar’s Ngurah Rai Airport after flying from Brisbane to Bali with her brother and two friends.

At the time of her arrest, Corby denied putting the cannabis wrapped in a double plastic vacuum-sealed bag in her unlocked bodyboard bag. She also claimed that she had no knowledge of the drugs until the bag was opened by customs officials.

“I just saw plastic and thought, ‘This isn’t supposed to be here. I didn’t put it there’,” the then-27-year-old told reporters.

“I shouldn’t be here. So I’m just trying to be strong and I’m just lucky that I’ve got a really good family and friends to help me get through.”

After being imprisoned and ordered to stand trial over the importation of the drugs, Corby’s trial first began in January 2005.

From the moment it started, every single move Corby and her family made was covered by the Australian media, as the public became more and more fascinated with the case.

Although the defence claimed that the drugs had been planted in Corby’s luggage by a criminal syndicate of baggage handlers, the panel of judges presiding over the case soon determined that the evidence simply didn’t stack up and by May 2005, Corby was sentenced.

Standing before the judges, Corby broke down in tears as she was found guilty and sentenced to 20 years in prison.

The verdict was broadcast nationwide and viewed by thousands of Australians. Just hours after the news was shared, then Prime Minister John Howard expressed his sorrow, telling media: “If she is guilty I feel for her, that a tragic mistake and tragic act has done so much damage to her young life. If she is innocent, my feelings for her are redoubled.”

During her time in prison, Corby was hospitalised twice for mental health issues.

“Mental illness is real and there were a lot of people who accused me of faking it – you can’t fake that,” Corby told The Sunday Telegraph in 2019.

“It’s so amazing that I’m actually here. I did not think I would actually be able to leave – like I would die in there,” she added.

In the years after her conviction, Corby and her family maintained her innocence and launched a number of appeals.

On SAS Australia, Corby was interrogated by ex-Special Forces soldiers during the real SAS training simulation, where she shared to extent of her mental health struggles in prison.

In the first interrogation, #9 Schapelle Corby faces the tough questions from our Directing Staff. #SASAustralia pic.twitter.com/uqaC7p1xG2

"I started to have mental illness really bad in 2008. I lived with those demons for four years," she said.

"My dad died in January 2008. He used to visit me a lot. I didn't think that he would die. I didn't understand that would the last time I'd see him. We had been appealing and appealing and then the final appeal came back denied so it was those things that I couldn't get my head around.

"Mid-2008 I started losing my mind. I started hallucinating. I couldn't eat. I don't eat meat anymore, because my hallucinations were so vivid that I thought I was eating my dad's human flesh."

She said the visions and hallucinations prevented her from reading, which had been a "saviour" for her beforehand.

In February 2014, Corby was granted parole. Under the conditions, she had to report to the Bali Corrections Board once a month, meaning she had to stay in the home of her brother-in-law at the time, Wayan Widyartha, who had been married to Corby’s sister Mercedes.

In May 2017, over a decade on from her arrest, Schapelle Corby returned to Australia. Now, three years on from her return home, the 43-year-old resides on Queensland's Gold Coast.

Called SAS Australia, the show is based on a UK format where contestants undertake physical and psychological tests similar to the Special Air Service experience.

Speaking to 7News, Corby said: "We go into the SAS as a number, not a name, which is significant for me because I won’t be Schapelle Corby, I will just be a human being.

"I wanna stop being institutionalised. I want to open my freedom to a happier life, a more fulfilling life." 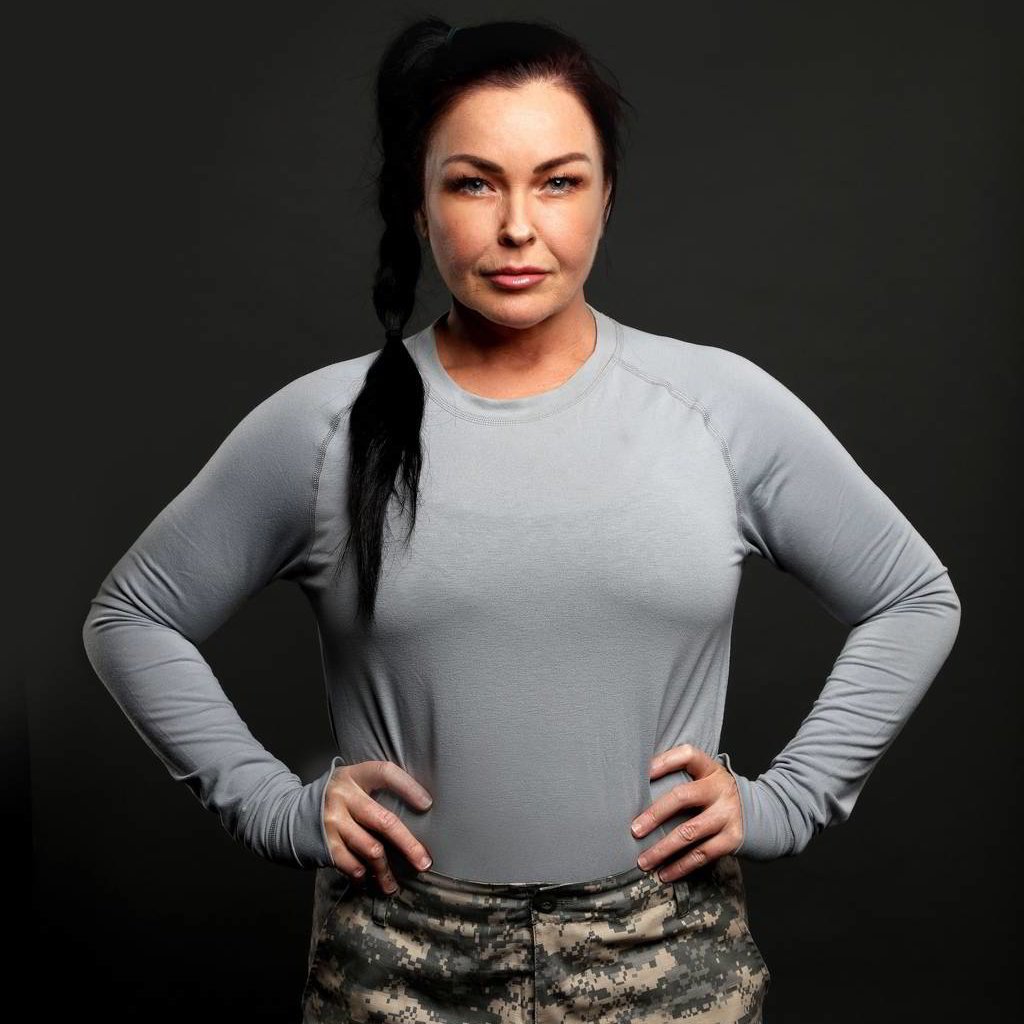 She continued: "I don’t want to prove myself to anybody," she explained. "This is for me. I don’t care what people think of me. I hope people enjoy it, but this is for me.

"I think I’ll discover that I’m stronger than I am, that I think I am."

The former Special Forces reaction to her mental health admission show this may have already happened after just one episode.

"Your determination and grit is bigger and better than having big muscles and being at the front," chief instructor Ant Middleton said.

In an interview with Woman’s Day in 2018, Corby said she spends her time (when she is not jumping out of helicopters on TV) reading and swimming at home in their pool or at her local beach.

Days are better with you in my life. Happy 2nd Birthday #Lucille • who is your Favourite Author • what are you reading now ?

Corby is still dating Ben Panangian, who she first met in 2006 at a church service in prison. Panagian was also serving time for drug-related offences.

In November 2019, Corby hinted the couple were engaged when she shared images of herself wearing a diamond ring on her ring finger.

She has never confirmed whether Panangian had proposed, but responded to a comment at the time pointing out she was wearing a beautiful ring.

Speaking to The Sunday Telegraph last year, Corby opened up about her relationship with her boyfriend of 13 years.

"I'm very lucky to have found Ben in such dismal circumstances," she told the publication in an exclusive interview.

"He's been in my life before mental illness, so he knows what I was like beforehand, he knew me during and he knows me now and he still apparently loves me and I believe he really does love me."

As Corby hasn't yet returned to Bali, the pair were meeting up overseas for holidays, however the COVID-19 pandemic has put that on hold.

Corby also told the publication she hopes to have children - "twins if possible" - in the future, though told Stellar she was aware her prison time could have robbed her of the opportunity.

"There are no children," she said.

"I do have motherly instincts, but they are aimed towards my dog Princess. My boyfriend lives in another country, so I am not sexy or anything."

"I don’t put too much emphasis on thinking about what I’ve lost.

"If it’s possible for me to have a child, OK, but I’m not going to dwell too much because there’s nothing I can change about that. But I could be still young enough."

Since returning to Australia, Corby has garnered a strong social media following, with 166,000 followers on Instagram.

There, she often posts pictures with her family and friends.

Everyone likes a Pelican ???? Australia ???? #stormgirl

Earlier this year she also made her debut in a rap video for the song 'Who You Know' by James Kisina. In the video, Corby plays a therapist to a troubled rapper.

As for working, Corby told The Sunday Telegraph last year that the constant presence of the paparazzi in her life means finding a job is difficult.

She is living a great life,but how can she afford it.Was there a book deal,will she turn up on a reality dating show.I know she has a partner but that hasnt ,mattered in the past,magazine deal perhaps?

Look. I have 4 spare Boogie Boards going cheap on eBay (international postage not included, pick-up only)

I can reserve one for you Flyer, just say the word and it's all yours

You silver tongued tempter you

So I can take that as a yeah, right?

If she's not working, how is she affording that cosmetic work? Fillers, Botox......