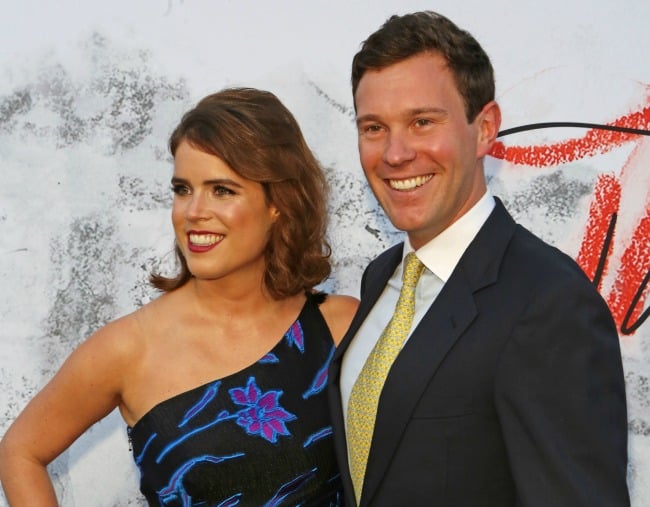 Princess Eugenie and her long-time partner Jack Brooksbank are set to marry next month on October 12.

But according to Vanity Fair, the royal couple originally planned to marry a long time ago.

According to an anonymous source who spoke to the publication, Princess Eugenie had planned to marry Brooksbank as early as last year. But thanks to royal protocol and Princess Eugenie’s royal ranking, the 28-year-old was forced to wait for her cousin Prince Harry and Meghan Markle to marry first.

“It’s my understanding that Eugenie and Jack decided some time ago that they wanted to get married, and there was some talk about a wedding in 2017, but they had to wait for Harry to go first,” they said.

It’s believed the January 2018 announcement of Princess Eugenie’s engagement was also delayed due to Prince Harry and Meghan.

There are no hard feelings between the two royal cousins though.

"There are no bad feelings at all," the source said. "Eugenie is very close to Harry, and she knows how the system works."

And despite the delay, Princess Eugenie will still get an extravagant royal wedding like the Duke and Duchess of Sussex did.

"The feeling among the Yorks is that she deserves her moment in the spotlight and a big royal wedding with all the frills," the source said.

Princess Eugenie and her fiancé's nuptials will take place at St George's Chapel in Windsor Castle – where Harry and Meghan wed – and will cost a whopping AUD$3.5 million.

While that figure pales in comparison to the $42 million spent on Harry and Meghan’s big day, UK taxpayers are furious that Prince Andrew won’t be footing the bill.

It’s expected the $3.5 million will be used to cover all the normal wedding things (the cake, the dress, the flowers etc.) as well as overtime charges for staff and an additional security team needed for the big day.

The BBC was originally expected to televise the entire October 12 royal wedding, but it is believed they turned it down.

“The BBC was approached because they have a special relationship with Buckingham Palace and a formula that works,” a source reportedly told The Mail on Sunday.

“But they turned it down because they don’t think enough people will tune in and that there isn’t enough support for the [York family].”